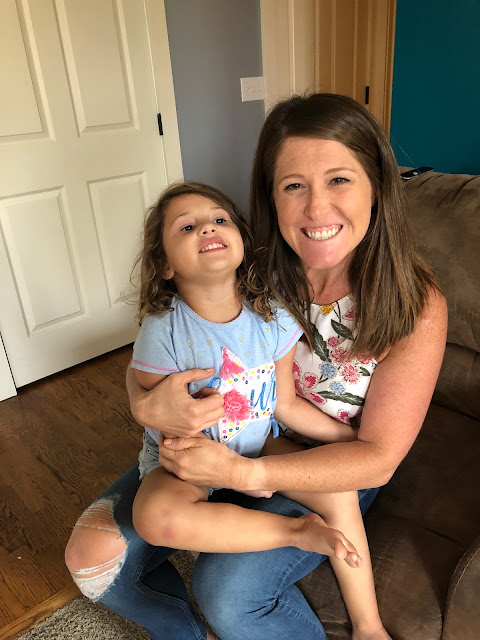 Mira and I both recently celebrated our birthdays, but before that, a few highlights from the week:

I moved my weights to the basement, so my morning workouts look a little different. 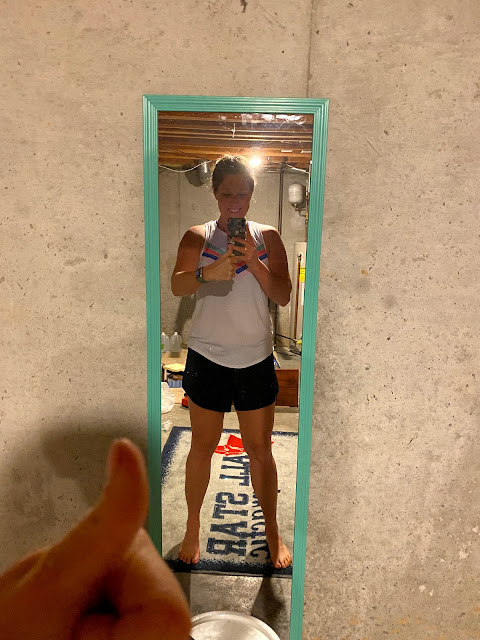 My morning walks are looking a little different too - darker and more fall-like. 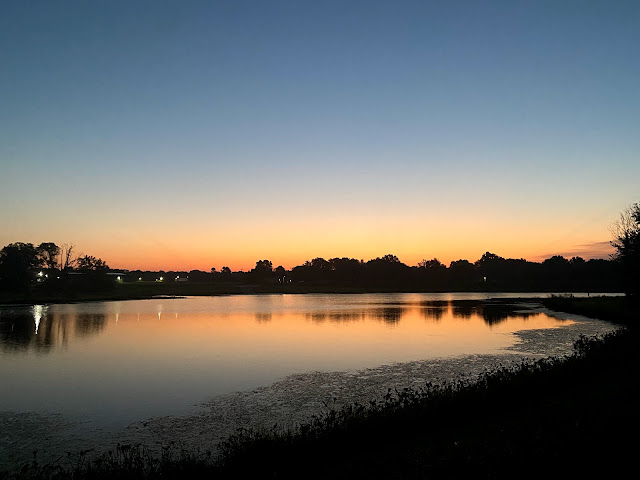 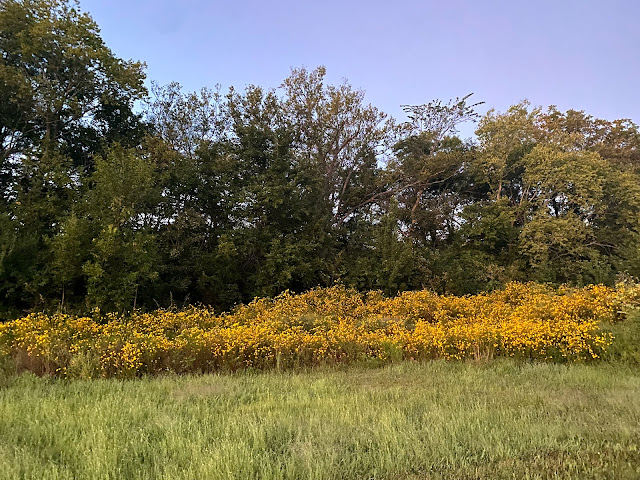 On Friday the girls went to the circus with their aunt and cousins, so Dan and I got to work experimenting with some recipes. 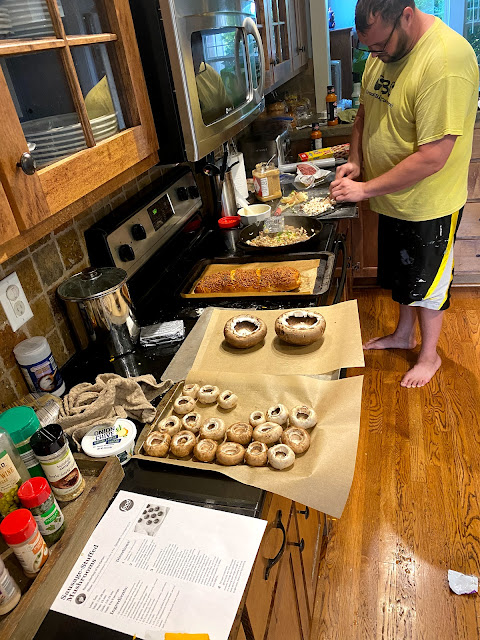 For months now, when I would ask Mira what she wants for her birthday, her only response would be "chocolate cake". So, I searched for a perfect cake recipe, ordered special sprinkles, and woke up at 3:30 am to make her a (leaning) cake. 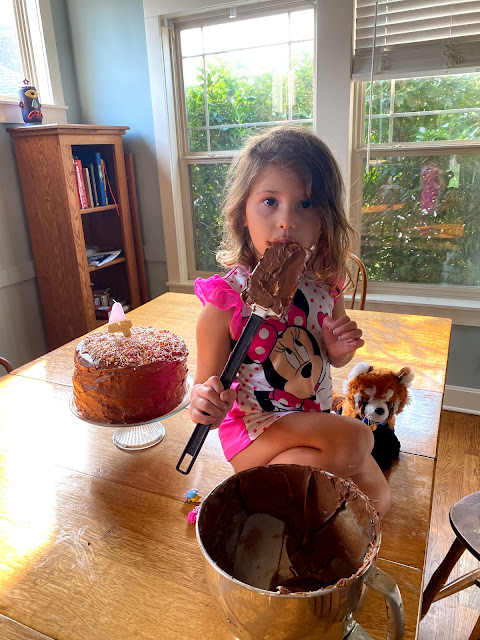 Her icing lick for the photo was the only bite of the cake she has eaten to date. That stinker decided she only wanted chocolate ice-cream. Oh well, more for me.

We spent the morning of her birthday preparing to have family over for dinner and then headed to our town's fall festival. 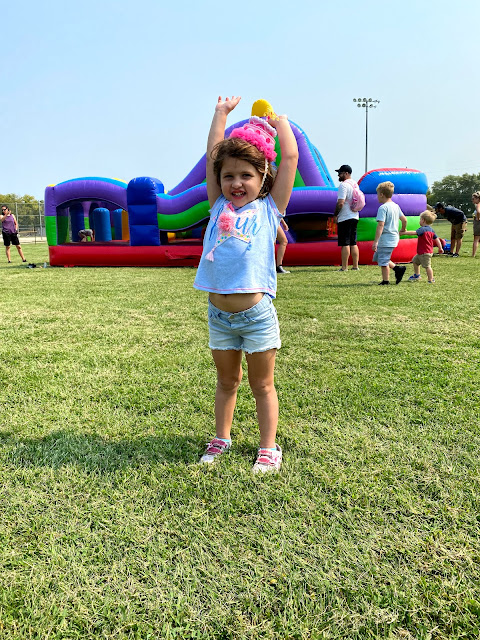 (That is the same hat Ina wore on her first birthday. Mira found it in the dress-up bin and has been saving it for this weekend).

Mira was pretty excited to find out that her parents had ordered her a bounce house, 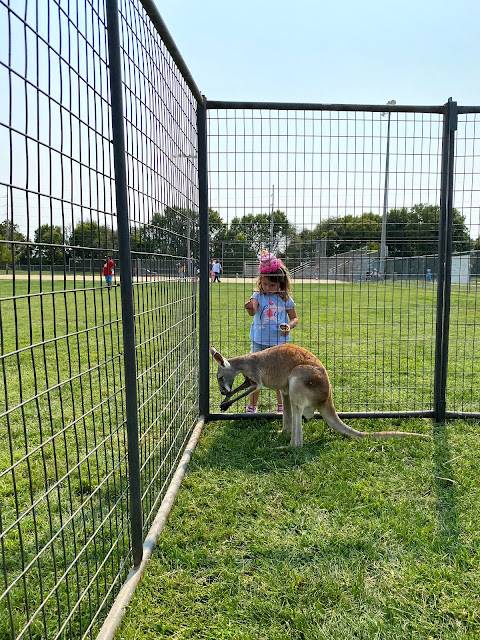 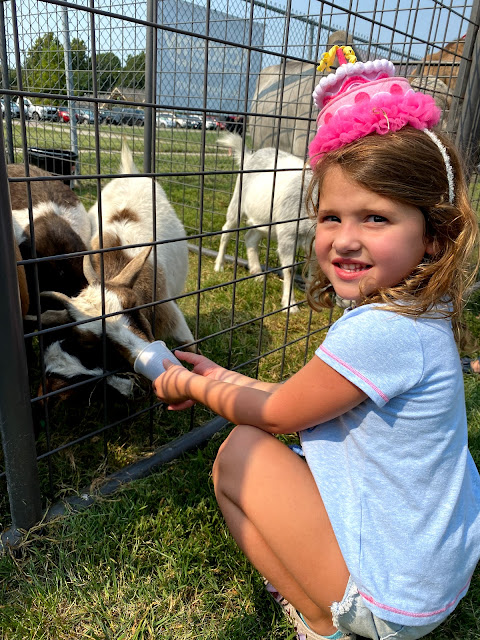 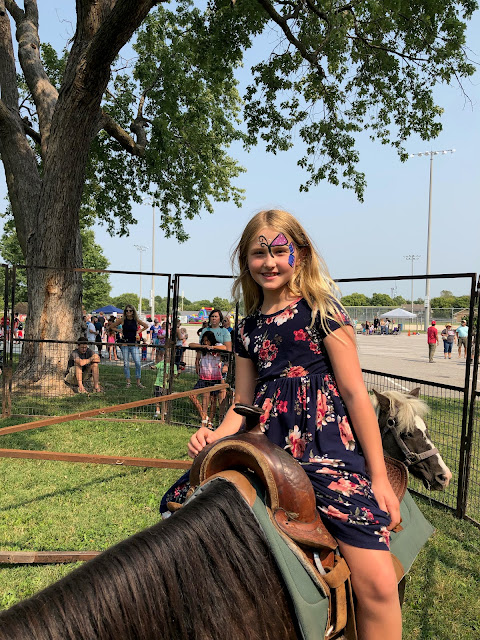 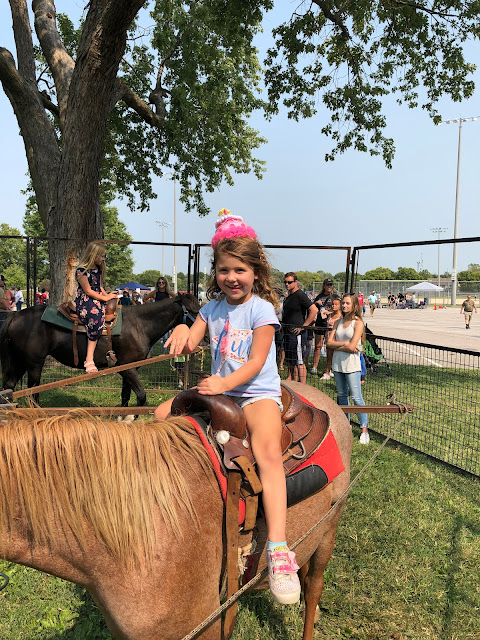 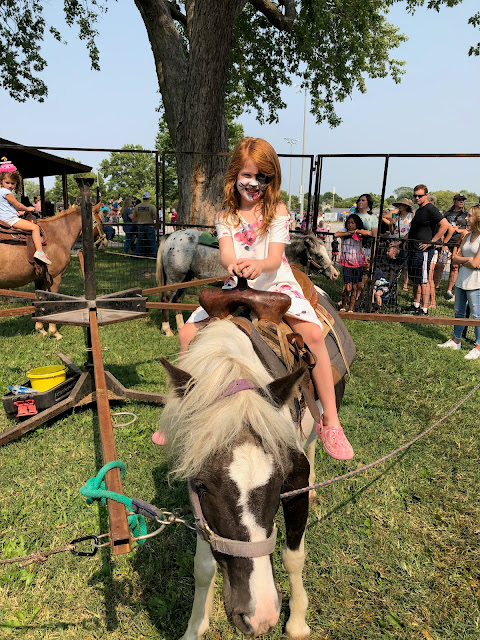 and face painting for her birthday. 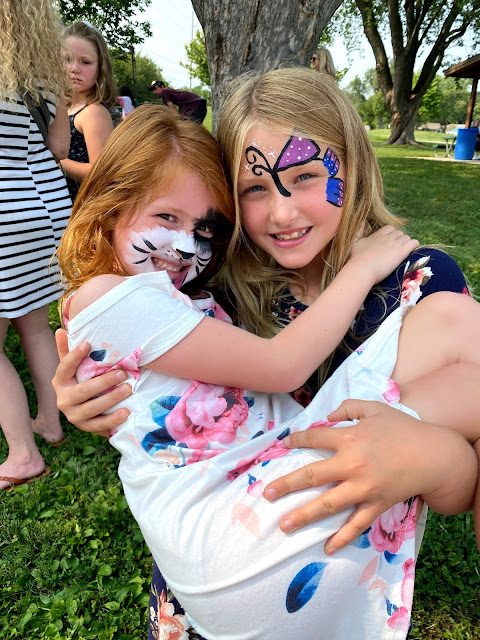 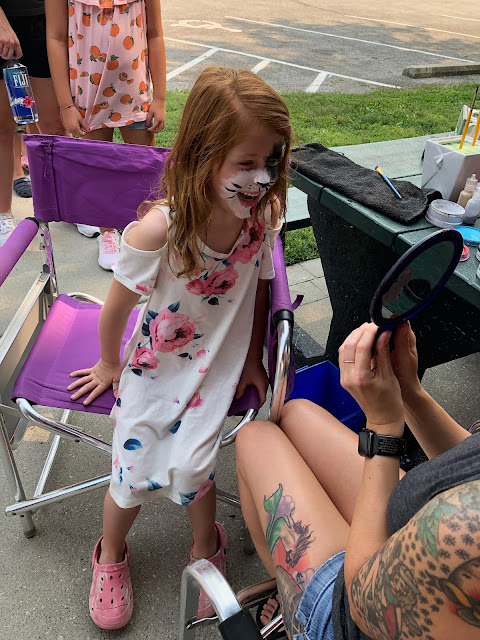 After less than 2 hours, which felt like 20, Dan and I were ready to head home. We celebrated our new favorite four year old with family and good food.

The next day we went to church, did the weekly cleaning, and settled down with my sister and her kids to watch the pull out a last minute win.

Monday was my birthday! Ina sang me happy birthday, Dan brought me sourdough in bed (after I had already been awake for almost 3 hours, worked out, walked, and showered), and Cora and Mira gave me excellent snuggles. 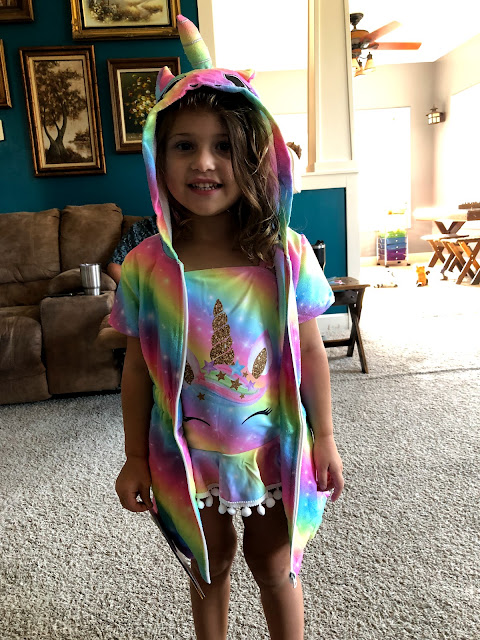 I took a leisurely pace to work, responding to nice calls, social media messages/posts, and texts. Then after work my mom came over to hang out with Cora, Nonnie took Mira to swim lessons, and Dan took Ina to kids small group, so I could go shopping.

Ryann and I went to Athleta where I found many things I couldn't live without, and then we met McKenzie and Brooke at North to eat some really delicious food. 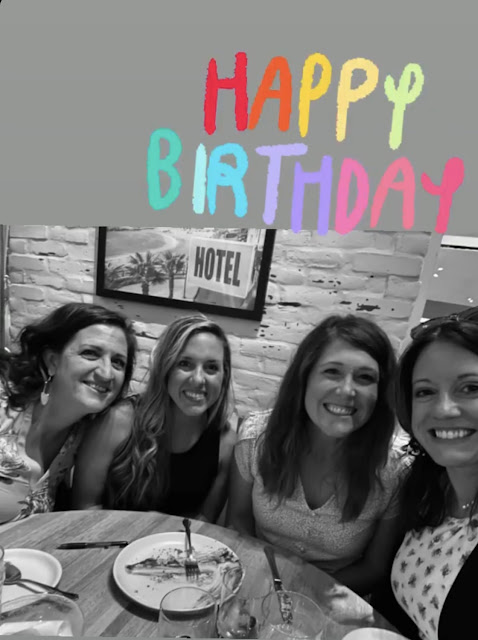 What a great day.

One truth that has remained the same despite my phase in life - the Monday after a weekend trip is rough.

That is all I have to say about Monday. 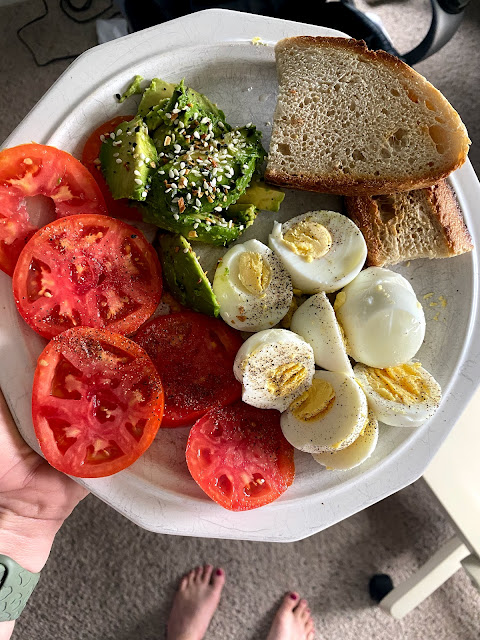 I wrote the above two sentences on Tuesday morning and as I sit here typing two weeks later, not much has changed.

Work was exceptionally busy this week, which left me feeling so purposeful and efficient, but also with tired eyes and a slightly shorter fuse. With the exception of my morning walks, I went from Sunday afternoon to Thursday evening without leaving my house.

Other than staring at my computer, the week did have a few high points:

Ina had a fever on Monday evening (I swear she gets sick more than any other kid I know), but thankfully, unlike her usual week long fevers, it was less than a day before she was back to her usually chipper self. 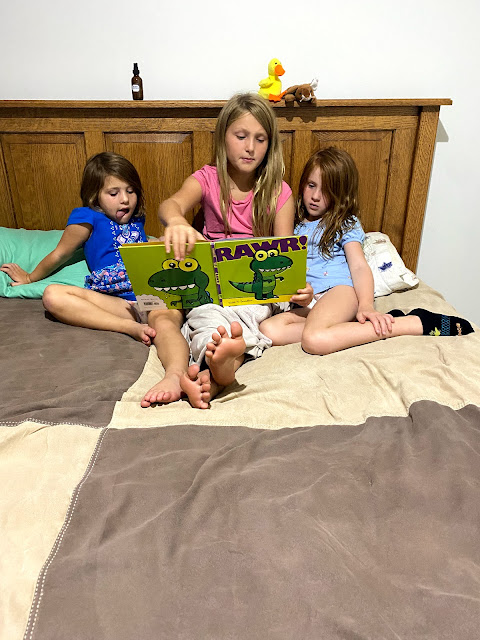 The sun is rising later and later, which means the time I get to the lake near my house is getting closer to sunrise, and the colors are getting prettier. 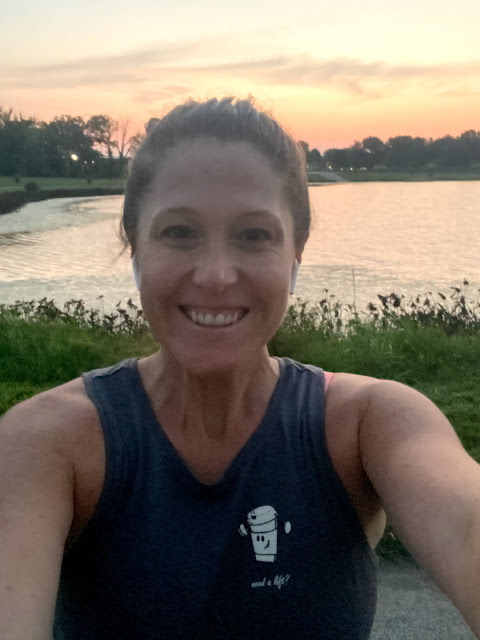 This week's book was Soundtracks by Jon Acuff. No only was this a fantastic message regarding overthinking, it was absolutely hilarious. I laughed out loud multiple times. Recommend.

We also watched Fantastic Beasts and The Crimes of Grindelwald, which was crazy because we are just getting to the point in the last Harry Potter book that introduces Grindelwald. It is so cool to see the story come together from both sides of (made up) time.

We are preparing for hard wood floor installation in the next few weeks, so while the girls were spending the night at grandma's Dan and I completed a huge sweep of the main level, trying to reduce the moving that will be required the day before. 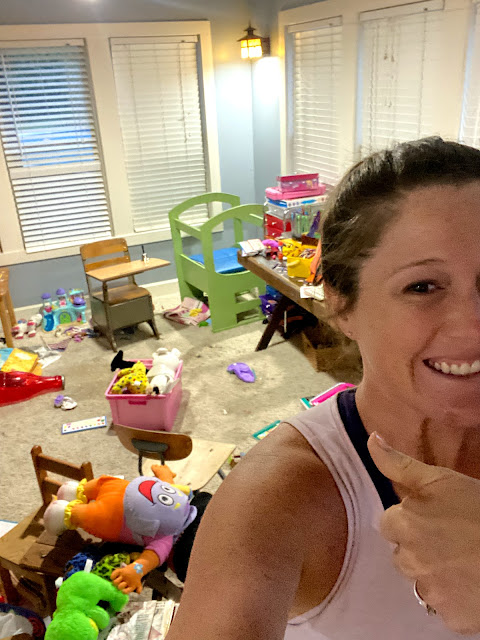 After (Evidence that hard wood floors are a need, not a want.): 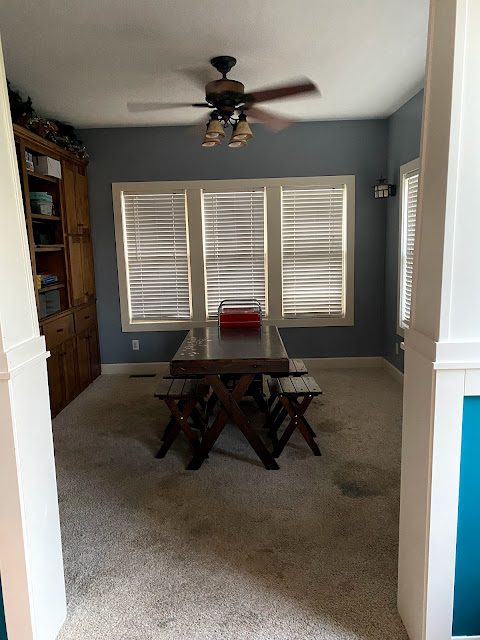 We had to break a few times for food - so why not sushi? 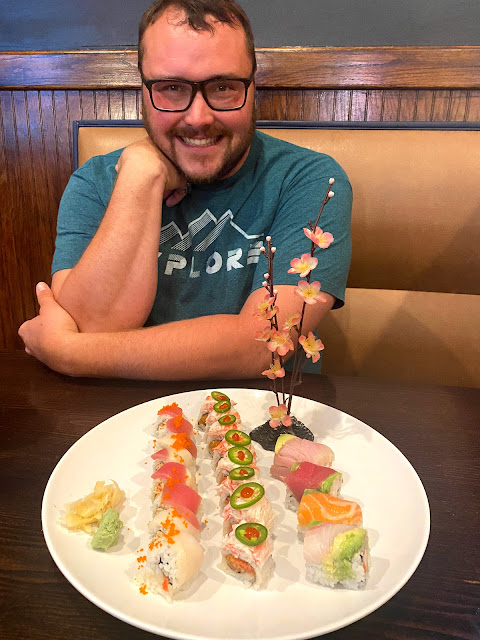 We enjoyed sushi twice in less than 24 hours. Once at a restaurant, once at Sam's club. Both were delicious. 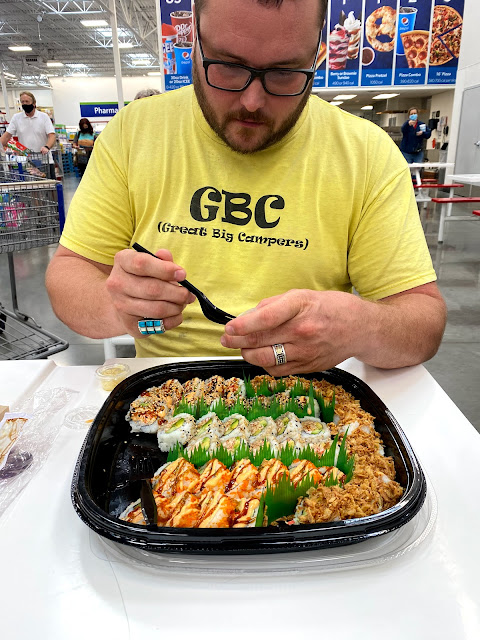 We also went through all 3 of the girls' rooms and made sure only their current size was in their closets and drawers as opposed to only socks that don't have a mate, shirts with holes and/or stains, and pants that no longer fit anyone. It was a big weekend. Ina has 5 articles of clothing left in her room.

On Sunday we went to church and due to a shortness of workers, I had the treat of working in the 3 and 4 year old room. Watching them play was an absolute blast and although I missed my nursery babies, I liked the structure of a lesson and craft activity.

We came home to hang around the house and eventually joined our friends for a get together.

We spent the Labor Day holiday continuing our closet clean out and matching every single spare sock in the house. I chose not to take any pictures.

I will be back soon for a Mira birthday recap!