Yesterday was the first day all three of our girls went to school. 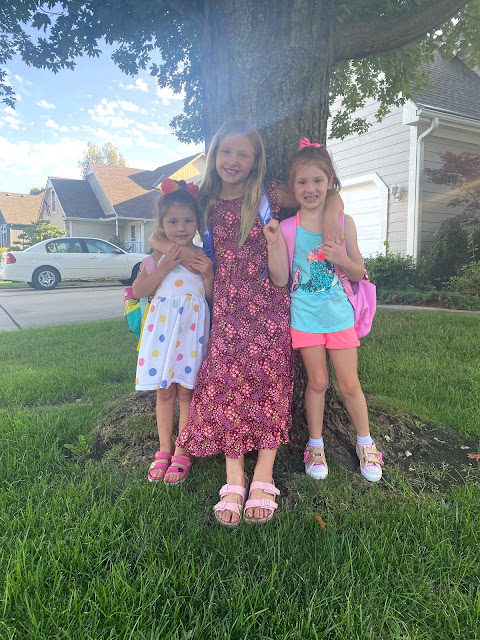 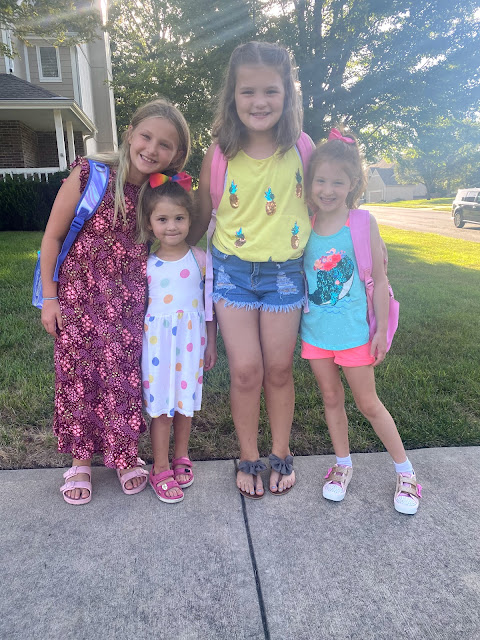 (Plus our bonus daughter Kayleigh who hangs out with us before school!)

Also, for the first time, Dan and I were able to take the girls to school and pick them up from school together, which was such a great family memory. Dan stopped working his previous job a few months ago and has stated a food prep business. You better believe I am slightly (not slightly?) jealous, but tamper that feeling by assisting in the planning aspects.

This change in Dan's schedule has been LIFE CHANGING for me, because I have help in the mornings, which were previously the most stressful time of my day. Now, Dan makes the signs. (The best part is "Leave mom alone. Ask Dad for everything in the morning." While this doesn't completely happen, it is so nice to be able to focus on work when I need to.) 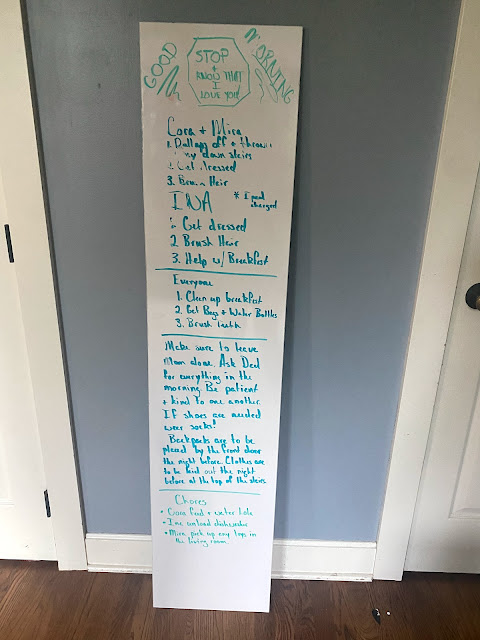 Never mind that only 1/3 of our daughters can read. He points to the sign and they do what it says.

Back to the first day of school -

Ina is now in 3rd grade and started the day with the same high level of confidence and excitement that bursts from her body every other day of the year. 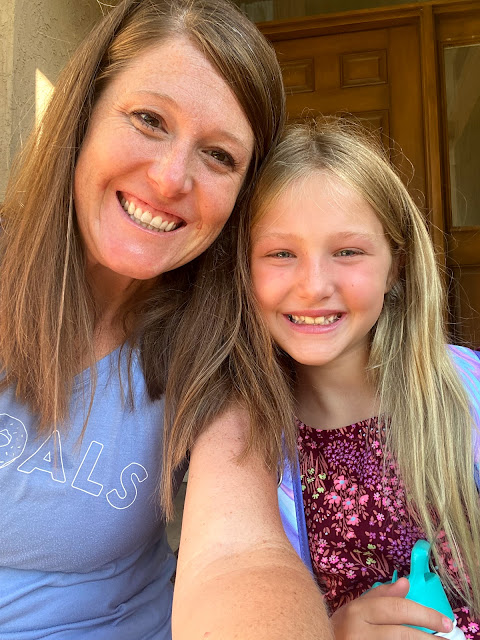 When I asked her how her day went she was excited to tell us about who was in her class and what order her specials were in.

Cora started kindergarten with just as many sparkles as one body could handle. 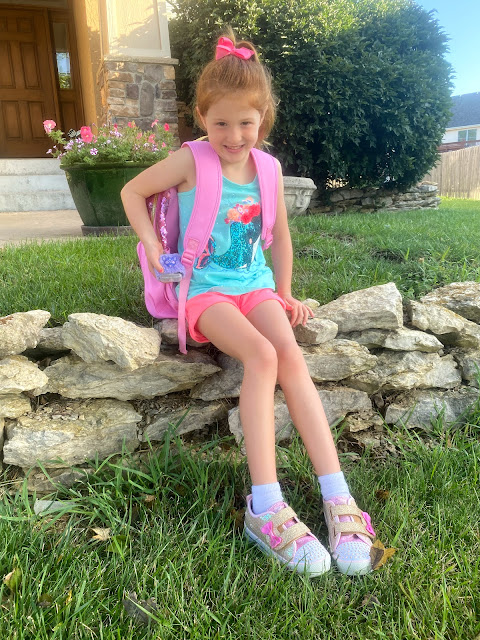 She has Ina's previous kindergarten teacher, who sweetly sent me a few pictures of Cora during the day, as parents weren't able to go into the school. 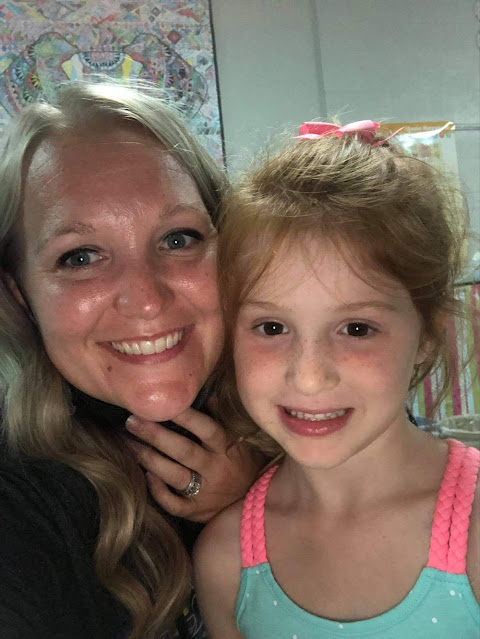 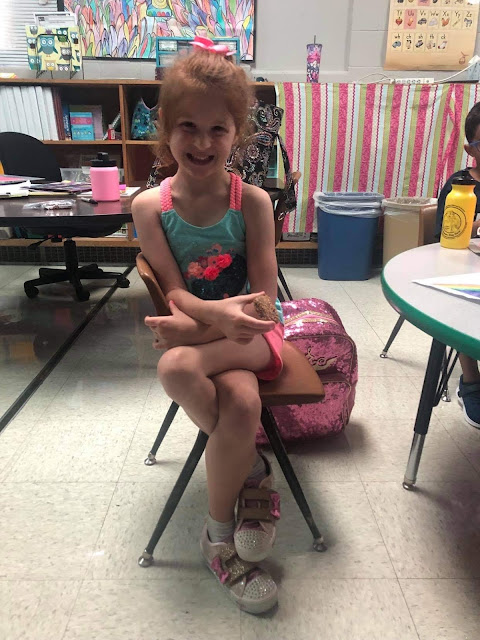 Cora hopped in the van and quickly reported that she saw two kids slapping each other, so she had to "slap them both" in order to make them stop. After suppressing a giggle we had a talk about when to get a teacher for help and to keep your hands to yourself.

Mira started a new in-home preschool and absolutely loved it. As soon as we walked down to the classroom, all of the girls wanted to stay and play. 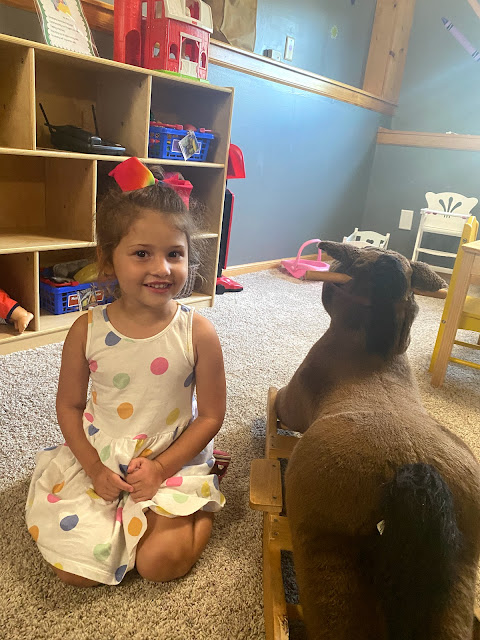 The teacher sent me updates and pictures throughout the day, which was reassuring to know what she was up to. 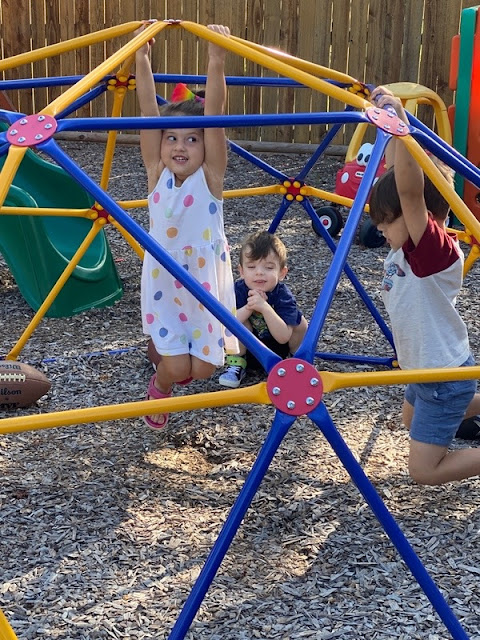 When we asked Mira if she wanted to go back tomorrow she told me no...which worried me...but then she said, "I want to stay there today. I don't want to leave!" Ha!

After we had a van full of Kendricks we decided to grab ice cream in celebration of a great first day before heading home to finish up work and cook dinner. 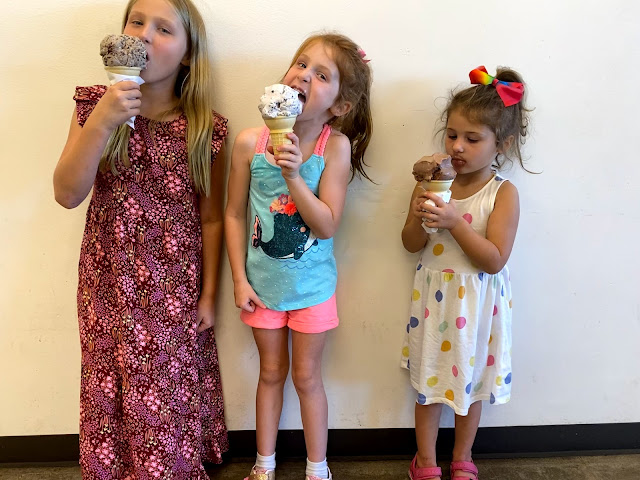 I think this is a wise first day of school tradition.

While we were cooking dinner Ina read to Cora and Mira did a puzzle - academics are in the air! 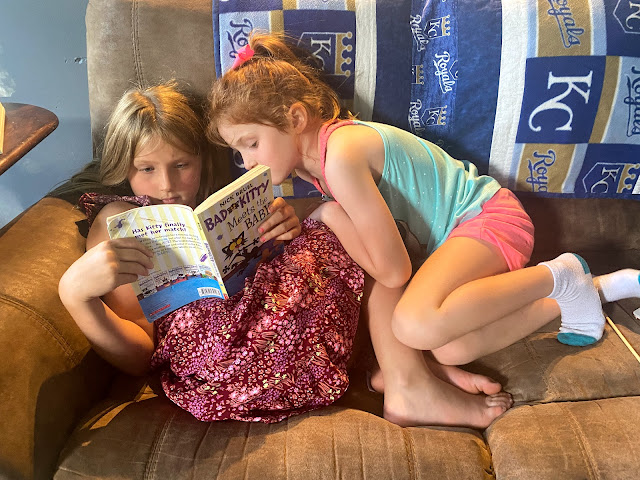 Now I am off to scroll through FB and look at everyone else's kids smiling for their first of school. It is the best!

Have a great rest of the week!