Good morning and Happy Monday! I am a cup of coffee in and ready to start this week off right.

Dan was out of town Friday night (helping our friend Brad work on their lake house) and most of Saturday, so the girls and I had a "girl party." Friday night I did 4 loads of laundry and seared up some burgers for dinner. Brooke, Holland, and Nonnie stopped by, making it a true girl party. 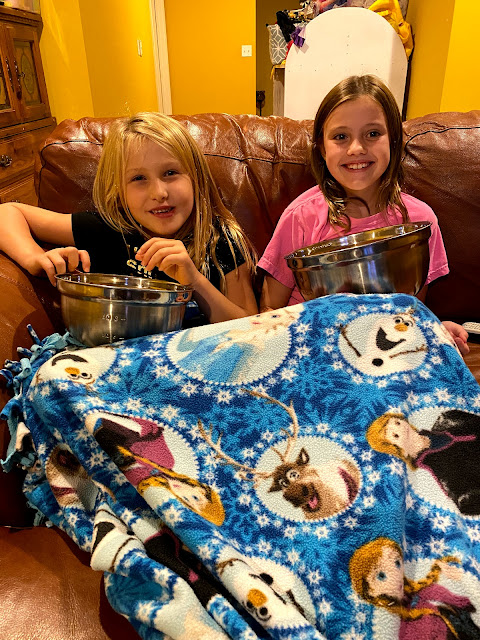 We ended with all of the girls in my bed watching the first hour of Twilight, which I thought would put them right to sleep and instead left them awake with 1000 questions about vampires. Lesson learned. 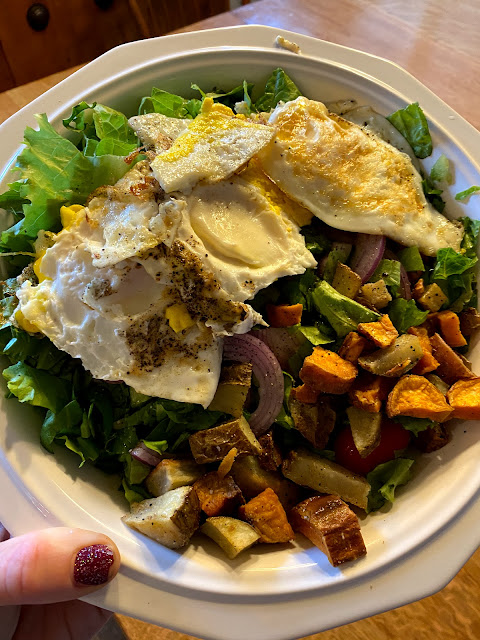 Saturday was without my usual morning run, as I couldn't leave the girls home alone. So instead, while Ina was at dance I had the bright idea of taking Cora, Mira, and Lola (our dog) to a nearby park with a trail, so I could run around the girls while they were playing.

In theory, this would have worked, but what actually happened is that Mira immediately went down a wet slide and, as she absolutely refuses to wear wet clothes, was hysterical until I finally told her she could take her clothes off if she stayed in the van. Then, Cora needed to go to the bathroom, which of course was across the parking lot. As soon as I got Cora to the bathroom I hear my van alarm going off. I run over to find Mira, practically naked in the van with the alarm going off and guess what? She locked the van doors and pressed the alarm button with the key that she now can't find. Did I mention the park and parking lot were FULL of people and cars.

What felt like hours later she found the key and unlocked the door to rescue us all from the embarrassment of having the fire department help me get a naked toddler out of a locked car. After that I sort of half heartedly ran a mile, but mostly just kept making sure Mira was behaving herself.

We came home for me to get started on the girls' closets. I was able to finish switching out Mira and Cora's winter and summer clothes before calling it quits. Ina's clothes will be the most challenging, so I am saving that for a different day. I also whipped up another batch of kombucha and found the perfect use for that empty shelf in the laundry room closet. 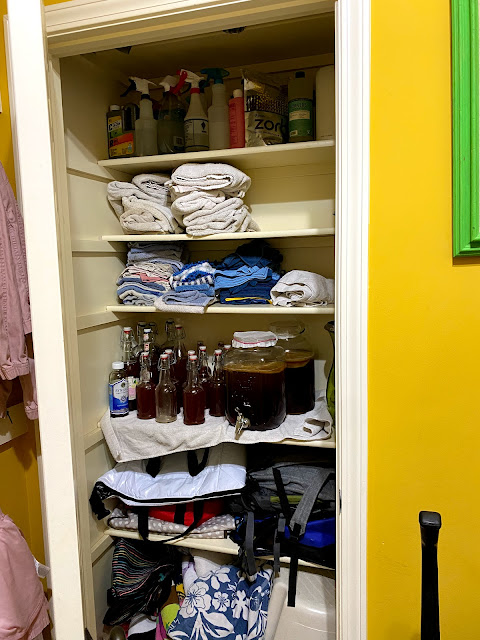 Saturday night we headed out to Danielle and Kyle's for dinner, where Dan and Brad met us from the lake. The moms played cards. The kids played outside. It was a nice and relaxing evening.

Sunday started with a short walk and then two church services. On the way home:

Me: Don't worry about that. I don't think I would try to find a new daddy.

Cora: Hmmm...I don't think they have daddies at the pound.

We spent the rest of the day at home smoking some pork, setting up Mira's new bed, and hanging out as a family. Even though we are together often, it seems like we haven't had a lot of down time with just the five of us lately. It was a good day and it ended with an early bedtime and two chapters of Harry Potter.