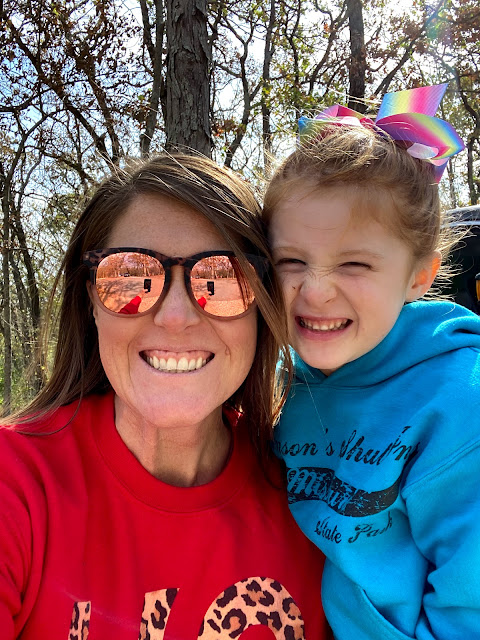 How was your weekend? Ours' was full of the very best things.

Friday we went out to eat with some friends from my previous job to celebrate a birthday. The food was amazing (I had scallops with lobster risotto and a smoked old fashioned) and I loved getting the opportunity to chat with some of the people I miss so much. This was also the first time some of them had met or really talked to Dan, which was likely entertaining to say the least.

Saturday morning I ran, worked, and dropped Ina off at dance and then hurried home to pack the car and get everyone ready for a day of camping. In the three minutes it took me to pack the car, Mira had taken off all her clothes, took out her hair, opened Cora's Halloween Costume, put it on, and covered her face in lipgloss. Triple sigh.

Dan's dad and his family hosted their yearly rendezvous event and, as usual, the food and the company did not disappoint. 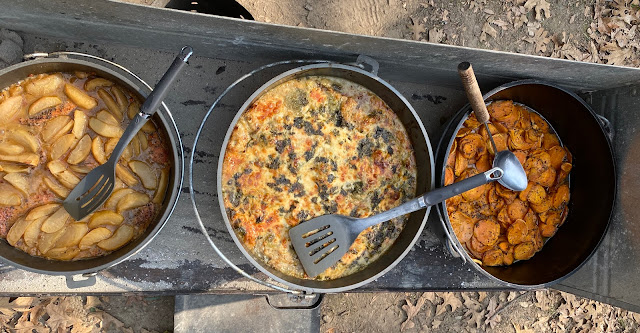 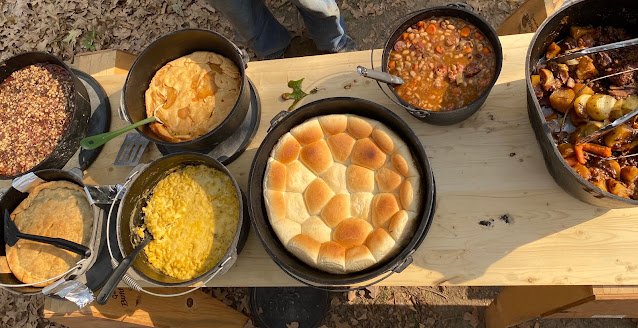 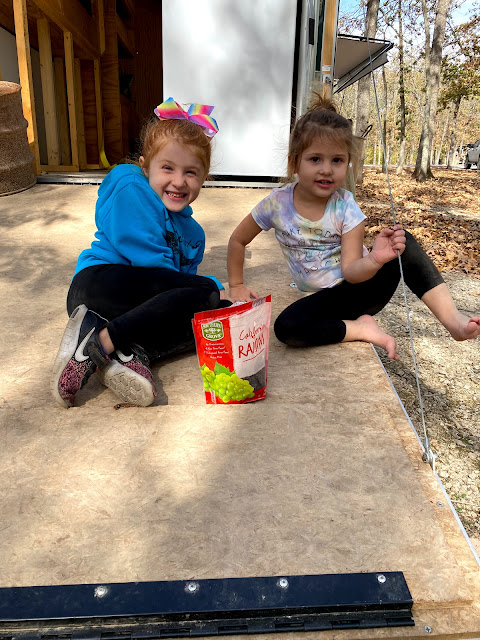 The girls made new friends, played in the leaves, and then eventually in the dirt. 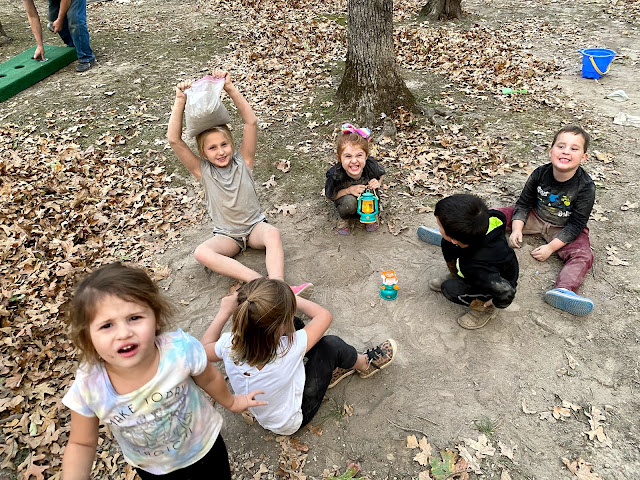 They were especially excited to see Baby Delaney again. 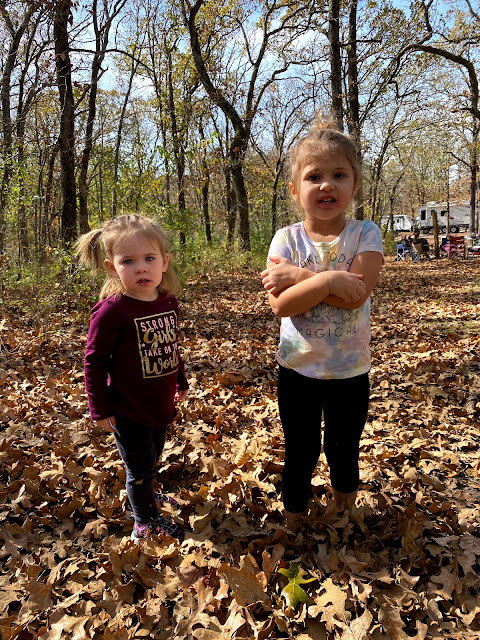 We drove home covered in grime and camp fire smoke, listening to Harry Potter, and counting down the minutes before we could shower. I may have fallen asleep before 9 PM.

Sunday started with a long walk while watching the sun rise and then heading to church for the majority of the morning. After a BLT salad for lunch, Ina, Cora, and I went to their dance buddy picnic. 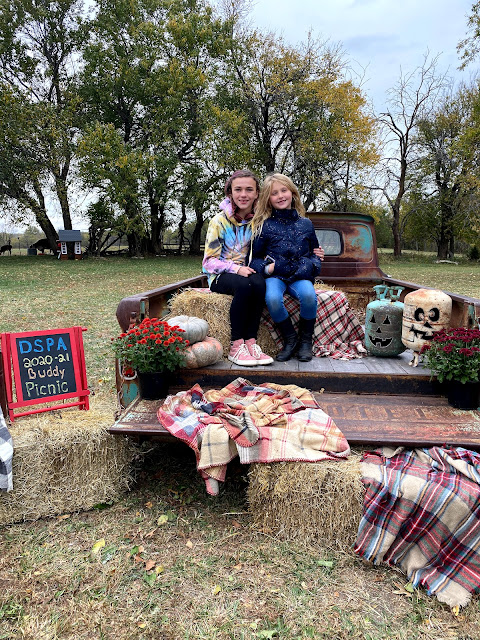 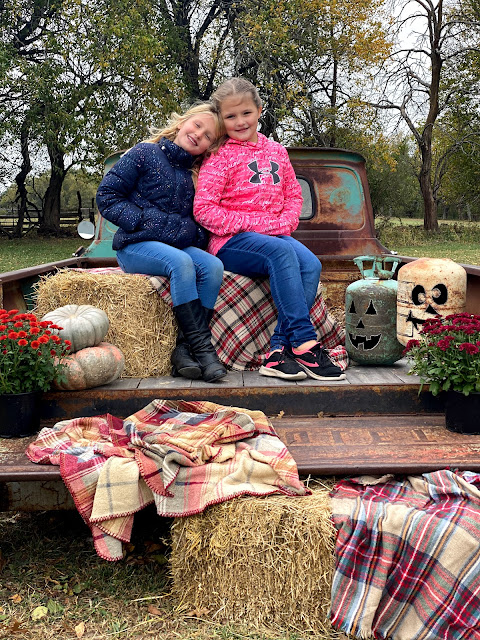 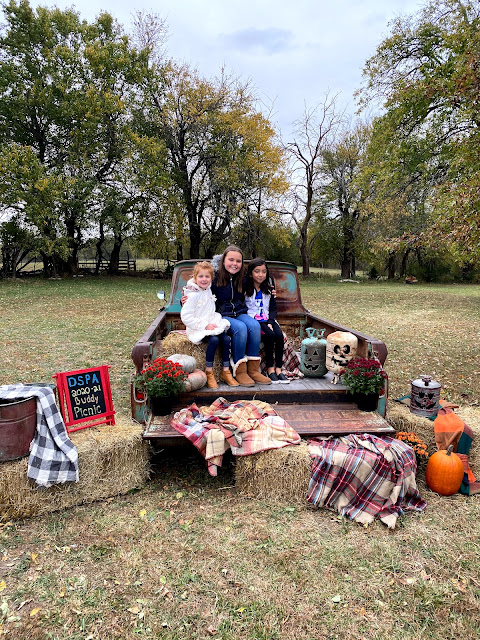 Ina has been looking forward to finding out who her dance buddy is for a long time now, and although I don't know if Cora completely understood the concept, she was excited when her new buddy gave her candy. Ha!

The get together was at a beautiful property with a pond, a hayride, and another fire, which I was incredibly thankful for, as it was COLD. Cora kept on screaming that she was getting frost bite, but every time I tried to cover her up with my coat she would run off to play with a dog or throw rocks in the pond.

We made another drive home smelling like campfire and, for the third time in less than 24 hours, I needed a shower. The weekend ended with grilled pork chops, sautéed cabbage, and baked sweet potatoes for dinner and watching blooper videos on antennae TV.

We mostly enjoyed others' cooking this weekend, but Mira and I did make these simple yet tasty pumpkin muffins Saturday morning. She was the only one awake and was so excited to help me in the kitchen. She kept on saying, "Momma, this is so fun!"A great reminder that one on one time is so precious.

I hope you have a great week!