How many more blog posts that begin with my coffee maker woes will you tolerate?

Let's push for one more. I think I broke my coffee maker when I forgot to put the filter in it yesterday, so last night's small group was sadly lacking caffeine, despite my three attempts at getting it to work. I then stayed up until 10:30 last night running vinegar through it and "de-scaling" the darn thing, whatever that means.

BUT, the coffee I finally got to come out of it this morning was acceptable in color and taste (maybe a tad vinegary...), so I am moving on with my life. I really love this coffee maker, but have a feeling I will be on the phone with customer service later today.

Speaking of small group, we had the chance to split into boys and girls for prayer-request time (we go to Mira's room) last night and I loved getting to catch up with some of my favorite ladies. I love these women with my whole heart. 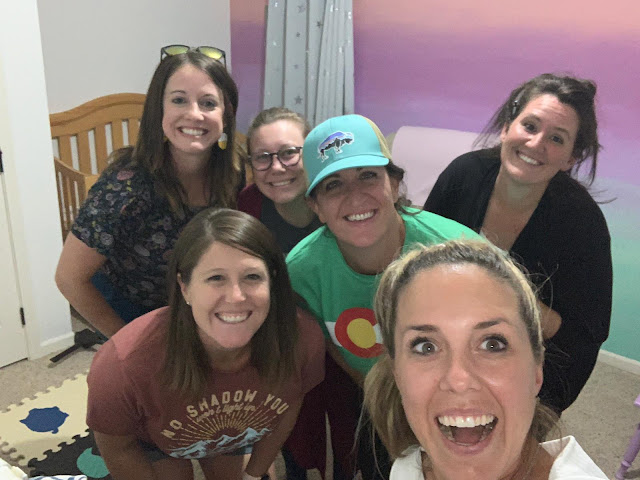 Rewinding to the beginning of the day, we had another early morning because Cora and Mira had their yearly pediatrician appointments. During breakfast Ina told Cora she had to get a shot. Cora got scared, and then told Mira she had to get a shot. The whole drive there, Cora and Mira both cried about getting a shot. I convinced them that it would be no big deal and they would get a toy afterwards. They run into the pediatrician's office begging for a shot. The pediatrician's office does not have any flu shots. The girls are sad. Mira says she only wants to shoot bad guys (ha!). The office calls thirty minutes after I drop them off at Nonny's to tell me they have received flu shots. I make an appointment for Monday. 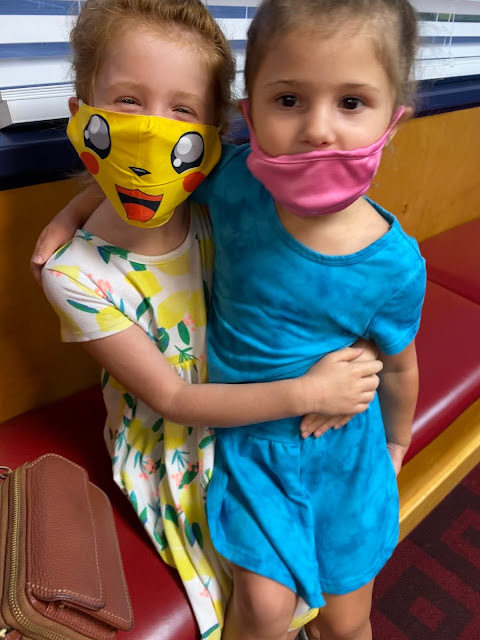 Other than that, after the doctor spends five minutes telling her student about what an "easy" family we are and all of our girls are well behaved, eat well, etc., Mira slaps Cora across the face because she "tried to play with her." Deep sigh. The doctor said, "I think she is your spicy one."

Yes she is, and I love her for it.

Oh, and dinner last night was burgers with steak seasoning (my fave), a big chopped salad, and tater tots. This might be a weekly before small group thing.