A Quick Trip to Branson 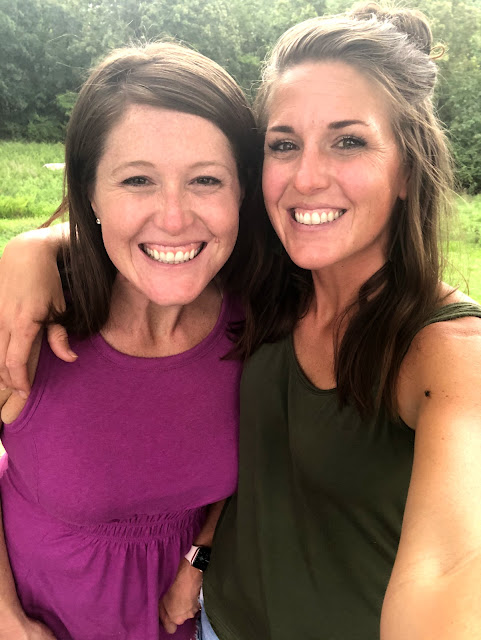 I was sad to miss a Monday post yesterday, but Dan and I were driving home during my normal morning blogging time, exhausted (yet rested) from a fun weekend in Branson with my sister and brother-in-law.

On Wednesday Jessie called me with a last minute invitation to take advantage of the child-free situation we happened to find ourselves in and go on a little weekend getaway. I have to admit that the trip took a little convincing, as I eyed the to-do list I had for my planned weekend of kid-free productivity. However, I am so glad I skipped the bathroom organizing and pantry de-cluttering. 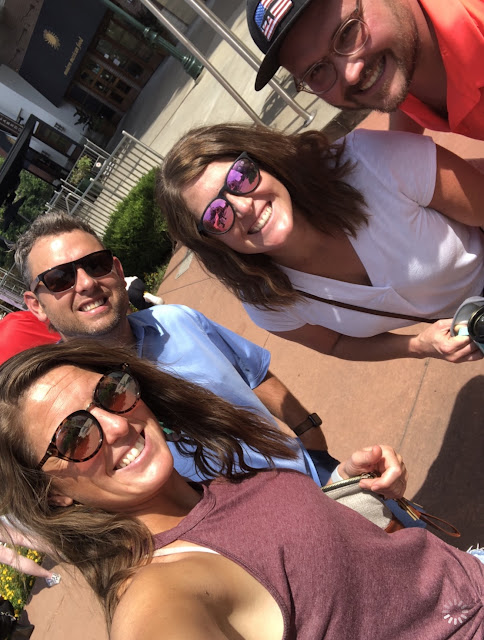 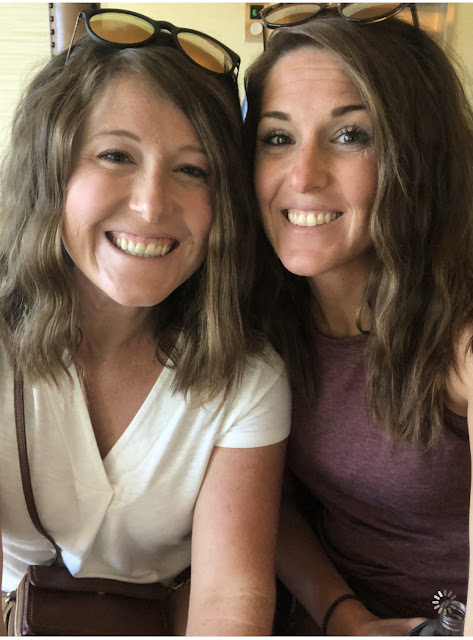 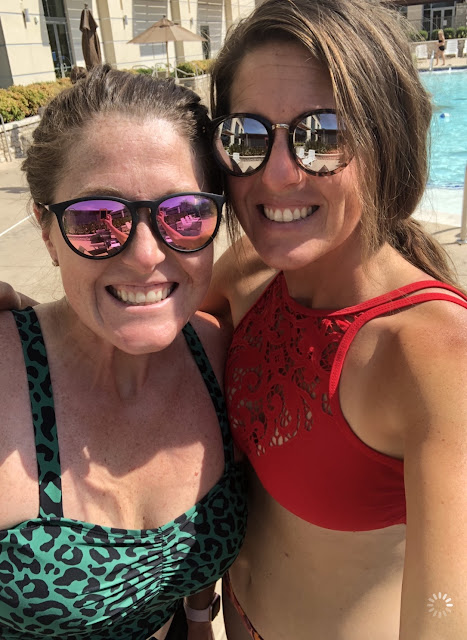 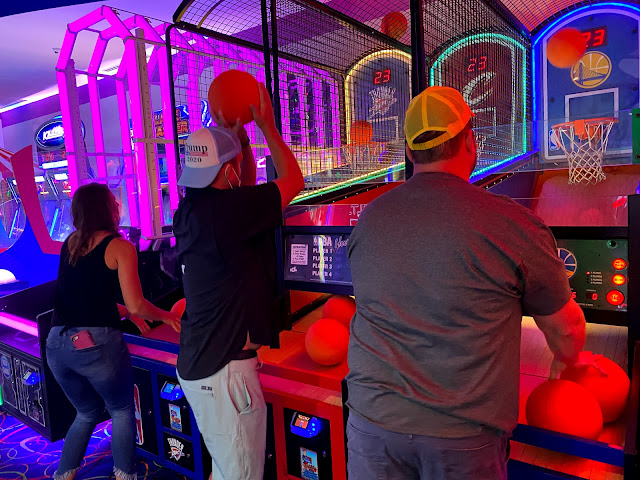 Instead, we played cards, ate great food, swam, talked, laughed, shopped, drank wine, played at the arcade, took a lot of selfies and generally squeezed the most fun you can out of less than 48 hours.

After I picked Mira up from daycare on Friday, I had big plans to take her swimming before dropping her off at Nonny's for the weekend. She, however, had other plans and fell asleep moments before we pulled in the driveway. 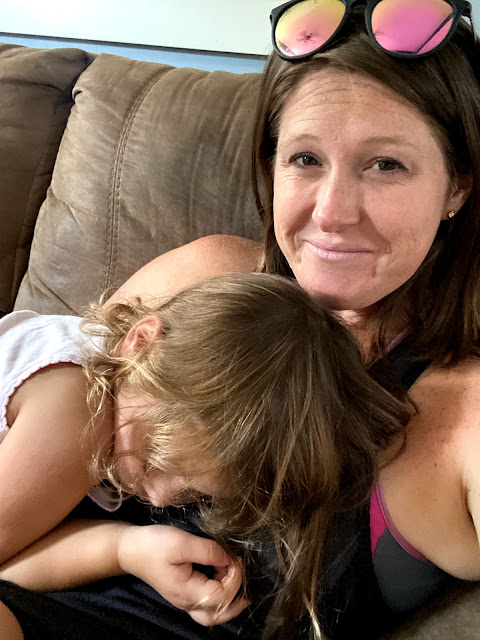 Brooke and Holland still came over and swam while Mira slept through her planned one on one swim time. 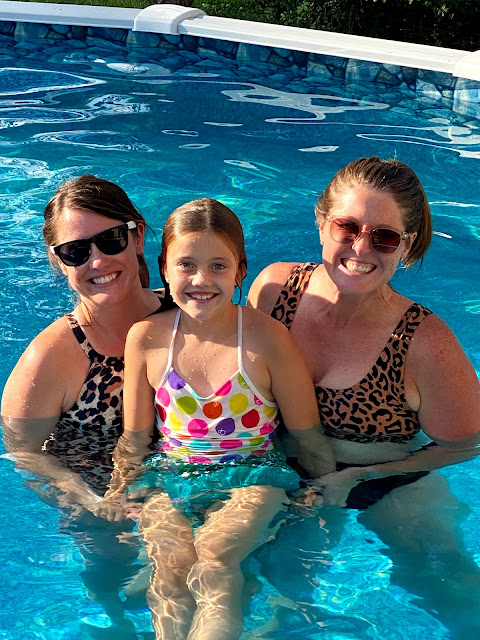 Yesterday after pulling into the driveway at 7 am, Brooke and I finished a HIIT workout and then real life started back up again. After work I drove to Nonny's house to pick up my baby who plastered me like a starfish when I picked her up. Then we drove to Jessie and Cody's house, who, while Dan and I were working, had driven to Oklahoma to meet my aunt and uncle to pick up the kids. When Ina and Cora ran into the house to hug us I could have sworn they grew up while they were away.

There have been times during this quarantine/pandemic that I have fantasized about having a few kid free days, but boy did I miss those girls over the weekend. The whole drive home Ina and Cora told us about how they played games, ate snow cones and ice cream, learned new tricks in the pool, had a field day that involved a game of real life Hungry Hungry Hippos, and so many other fun things. Of course Mira couldn't let her sister's steal the show, so she had a few stories to tell about her week as well.

We came home to a quick dinner, trying to swim in a too-cold pool, and instead watching the first part of Harry Potter and the Chamber of Secrets and enjoying all of my little ducklings being home again.

Dinner was amazing and so unbelievably easy. If you like salmon, make it now. 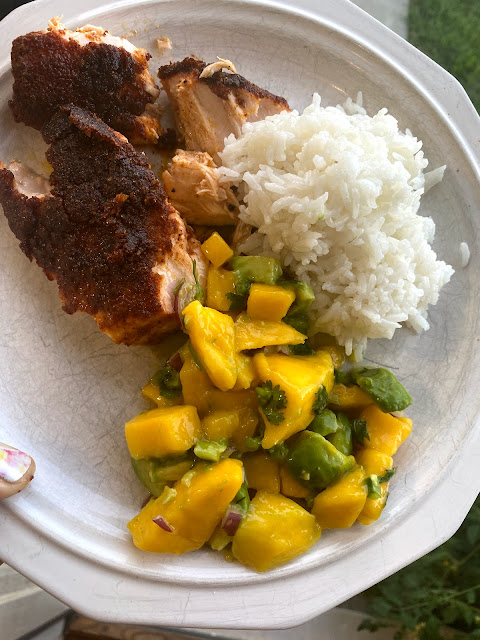