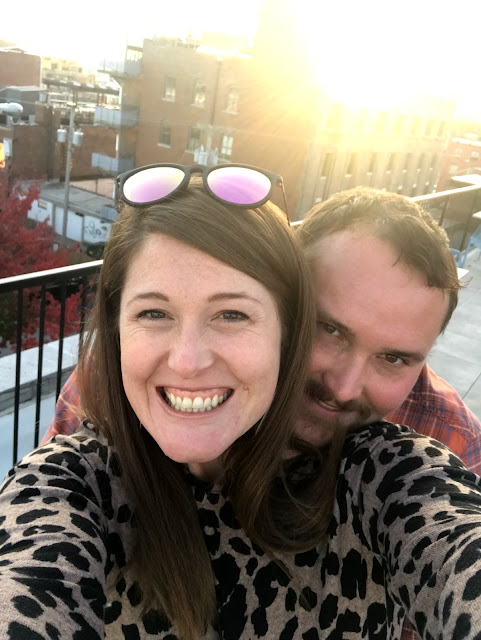 It's an absolutely beautiful fall Sunday afternoon, which means Dan is napping after church and an Aldi date, the girls are at Grandma Frankie's after a trunk or treat, and I am reclined and caffeinated while watching football. Does it get any better?

I returned home Thursday night from a week long conference in Orlando, where I was equally intimated and motivated. Intimated by all of the genius modelling work scientists/mathematicians/statisticians/engineers are doing. Motivated to light a fire under my career, which admittedly has been a little stagnant after birthing and caring for three babies in five years. 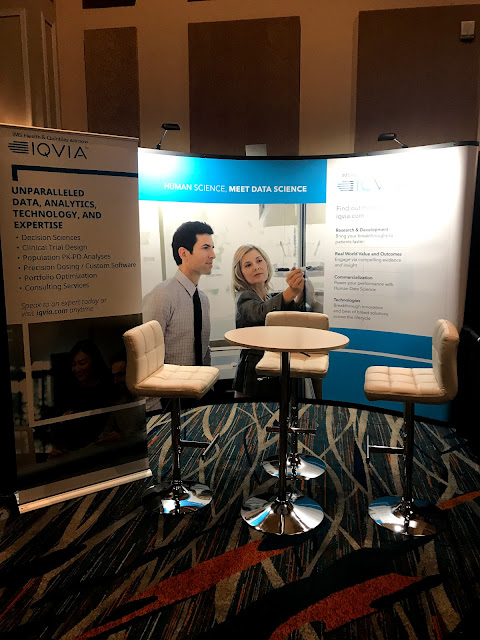 This was a pharmacometrics conference. As you might assume from the name, many of the people there were a pretty big deal. I tried to put on my most professional self, but of course the true unprofessional Racheal came out a few times. I happened to meet the gentleman whose book I had been reading the few months before and talked to him for about 20 minutes, only to realize I had a huge chunk of lettuce in my teeth.

I was excited to have the chance to only get myself ready for the conference each day, without having my usual household and parenting morning responsibilities. On the third day of the conference I was feeling pretty put together, but when I sat down for lunch I felt something scratch my leg and realized that a baby doll dress was stuck by velcro to the inside of my skirt. Super professional.

Then, on the plane ride home I opened my full water bottle, which apparently is a hazard with so much pressure. Water sprayed three feet up in the air and soaked me, the people next to me, and the two rows behind me. I was so surprised, it took me a good 5 seconds to realize what was going on and close the lid. Lesson learned.

Being away from the girls and Dan for that long was hard. Other than Cora wearing the clothes I had set out for Mira to school and Mira screaming for me a few times in the middle of the night, I think they all did great. Dan's mom helped a lot in the morning, she was a life saver. 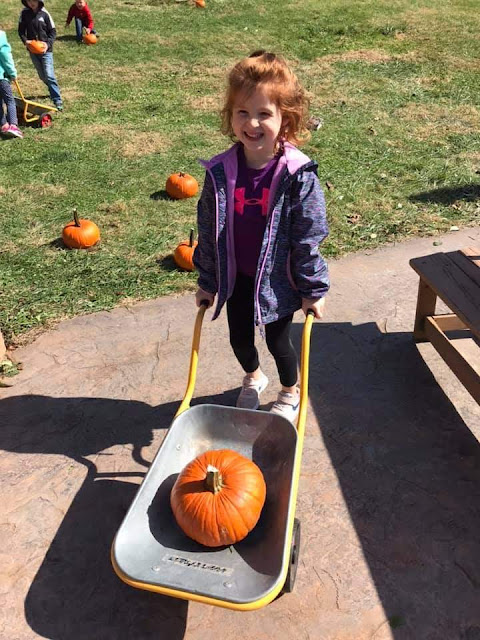 The day before I left we celebrated our friend Brad's 40th birthday. 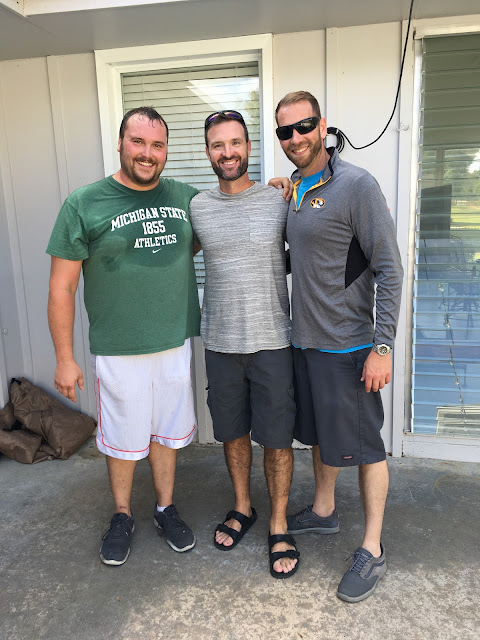 Although the picture might suggest Dan ran a 5K, he was really just playing a few intense games of pickle ball and then subsequently injuring his shoulder, the day before I left him for a week to care for three children. 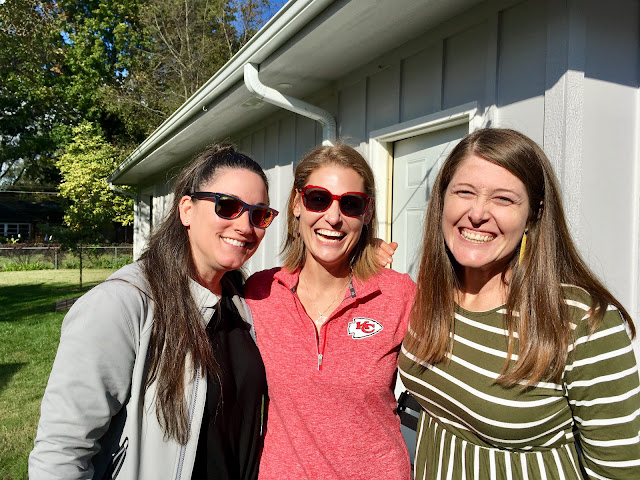 We were able to catch up with some friends we hadn't seen in years! Courtney pretty much had Mira (who doesn't really like anybody) won over by the time we left. 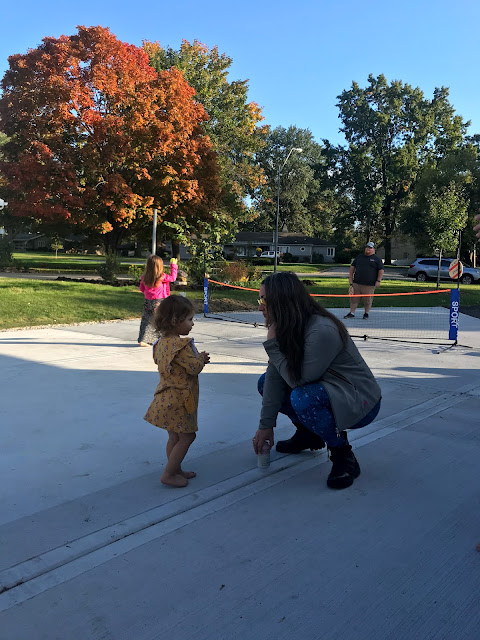 We were right back in the swing of things on Friday with work and tacos for dinner. The girls had friends over to play in the basement and drag out every toy I had successfully hidden down there. 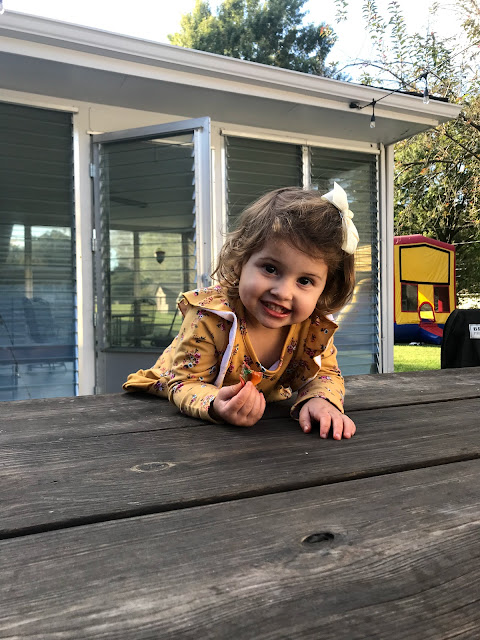 I worked Saturday (yesterday) morning and then Grandma Frankie picked up the girls to take them to her annual Trunk or Treat. 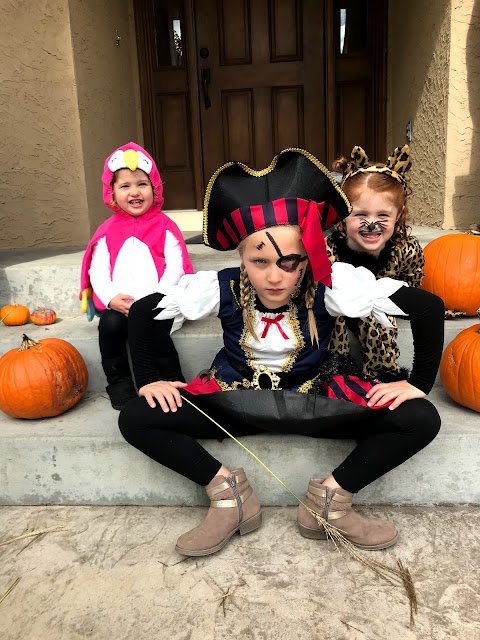 I tried hard to get them to be Elsa, Anna, and Olaf, but they wanted to be something "scary." Aren't you scared? 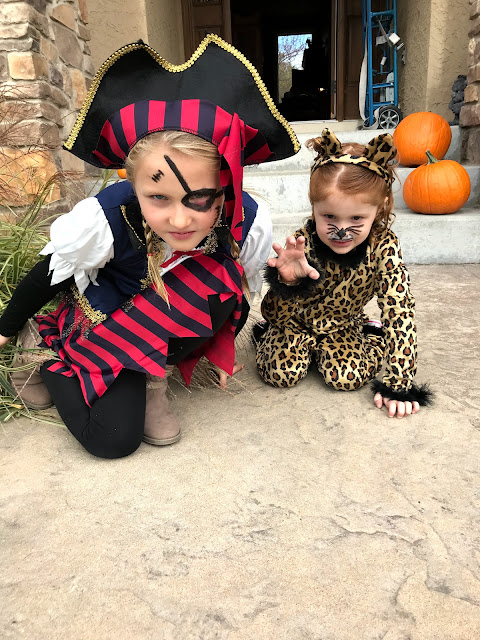 With the girls away, Dan and I had no choice but to play. Ha!

We met with Carrie, a blog friend for almost 10 years! 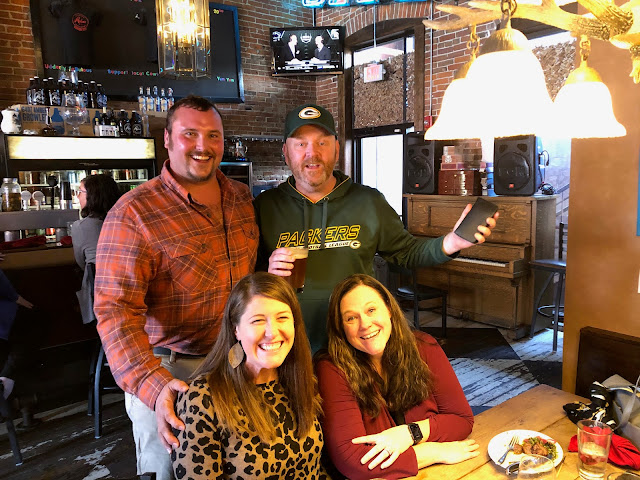 Carrie and I have talked back and forth for years reading each others' blogs, and when she told me she and her husband and her friend Jenny would be in Kansas City for the Green Bay game, I was so excited to finally meet her face to face. I have to say that this was a first - meeting someone I only knew from the internet, but it was like talking to an old friend. We had an absolute blast walking around Cross Roads and downtown. The blog world has changed so much since I started writing, and this blog has changed right along with it, but I am so thankful for the friendships I have developed and maintained along the way.

Once Dan and I said bye to them we headed to our friend Mike's house for a super fun (and delicious) birthday party where Dan and I played cards and ate monster cookies. We saw 1 AM, which is so unlike us, but was so much fun.

This week we have our usual fun, along with parent teacher conferences and Halloween, so it should be a good time. I hope you have a great week! <3