Even though school has officially started, we are clinging on to the last few weeks of summer and going from one fun thing to the next. 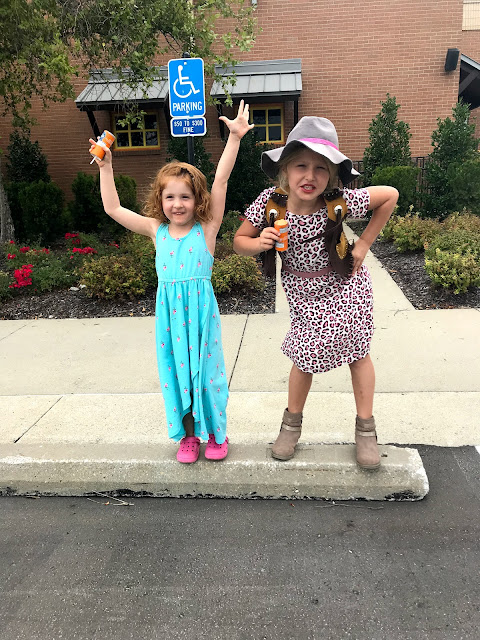 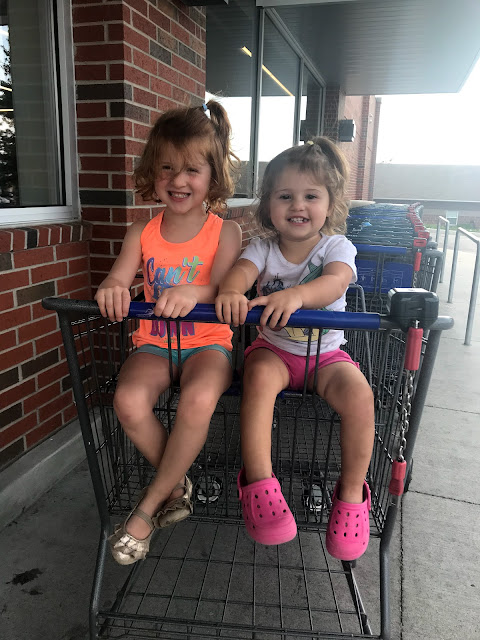 We recently snagged a last minute invite to join  my sister and brother-in-law's family at the lake. 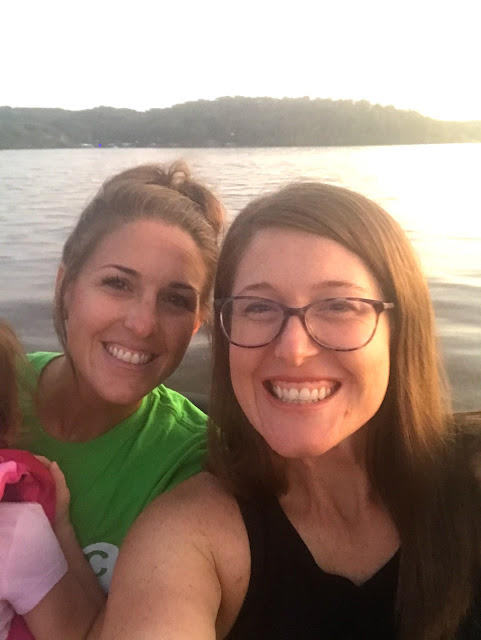 The weather was mostly cold and rainy, but that didn't stop us from living our best lives. 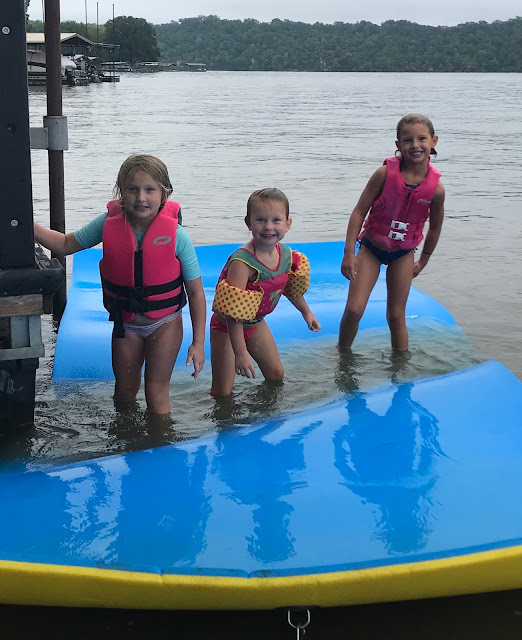 The kids were much braver than the adults and pretended they weren't cold while shivering and watching their lips turning blue. 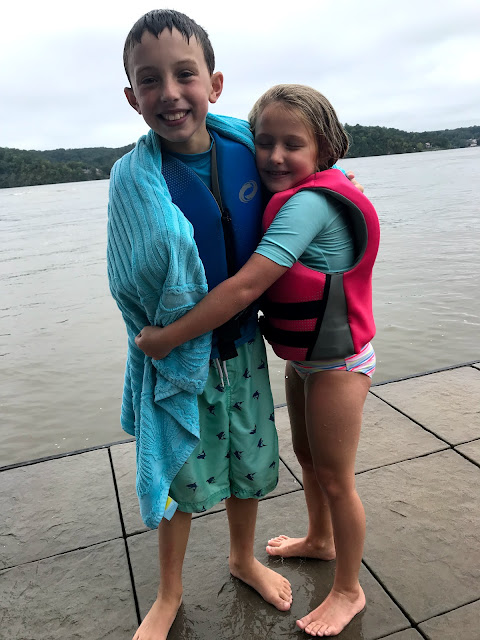 The sun came out at precisely the same time as our fantasy football draft, so my sister and nephew stayed back with me while everyone else went on a boat ride. We were able to enjoy the excitement of each pick and the anticipation of the next that only a 9 year old boy could muster. 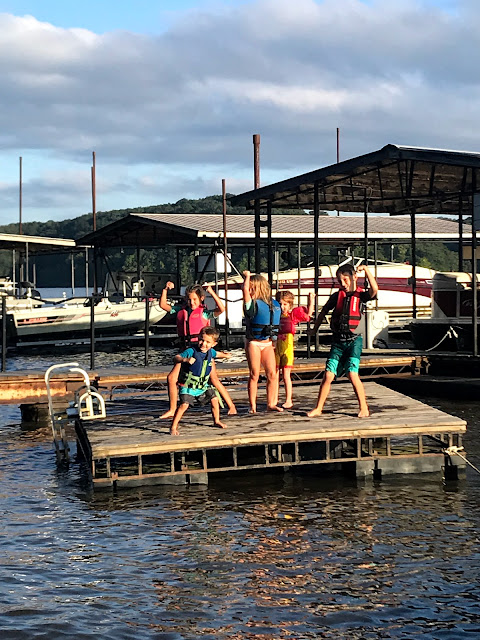 The kids "discovered" a beach a few houses down and soon decided this was their favorite place to be After some challenges and team work, they conquered the swim dock ladder and started forging for food that included a random cucumber and dead fish. 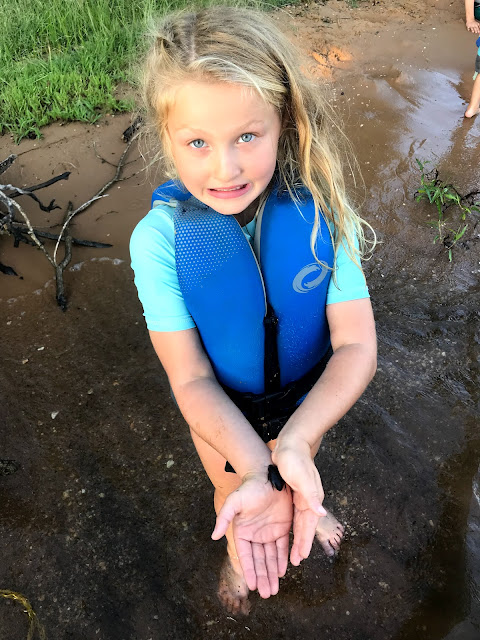 Ina found a pet cock roach, named it Persphinay, and was incredibly disappointed to find out it was not allowed inside the house. 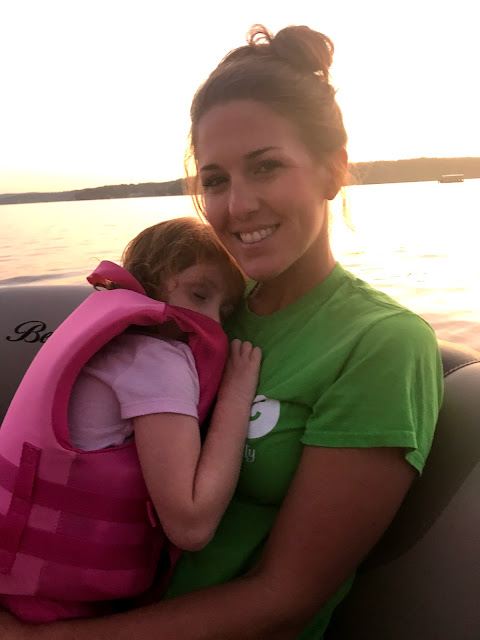 The second night there we took an absolutely gorgeous evening boat ride - first with the sunset and later in the dark when we saw more stars than I have seen in a long time. There is something about water, stars, and snuggly children awake way past their bedtime that makes me stop to remember how incredibly thankful I am for everything. 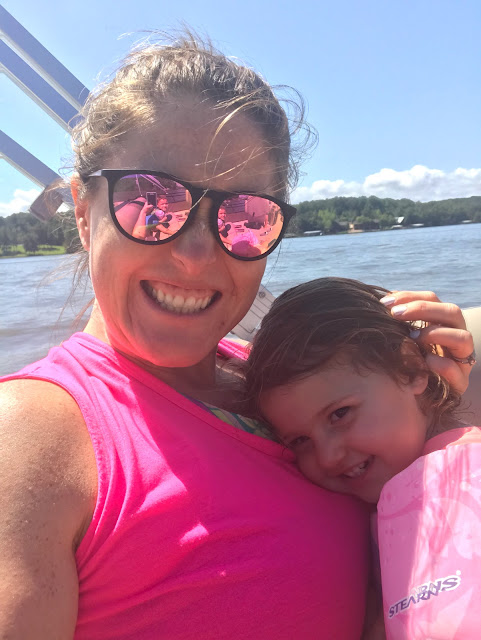 We rode the boat to the local bar for dinner, karaoke, and dancing. Jessie's sister in law's boyfriend Mark charmed the socks off the little girls on the dance floor and I am surprised Ina didn't propose to him on the spot. 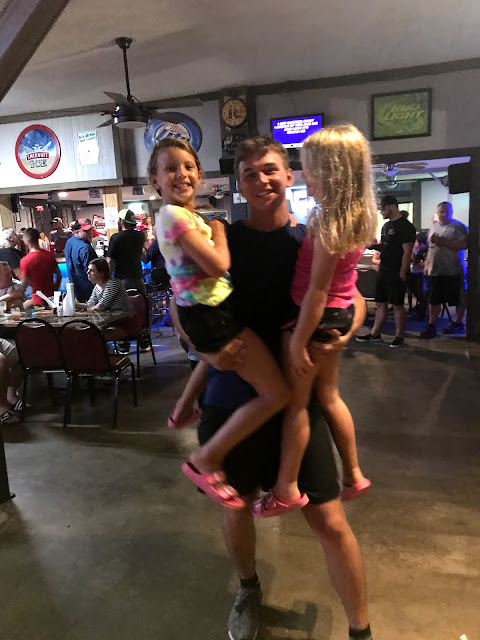 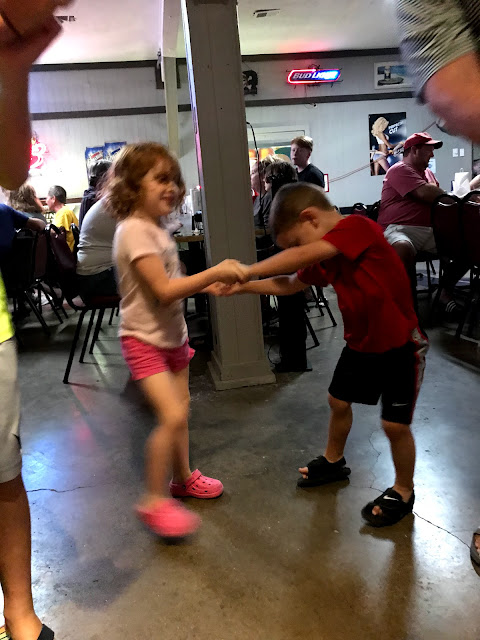 The last day we tidied up the house, but made time for a little swimming and a boat ride for a beer-gartia and to feed the fish, after which Cora announced, "This is the best day of my life!" (because of the fish...not the drink...) and then quickly proceeded to sleep for the rest of the day because she was completely exhausted. 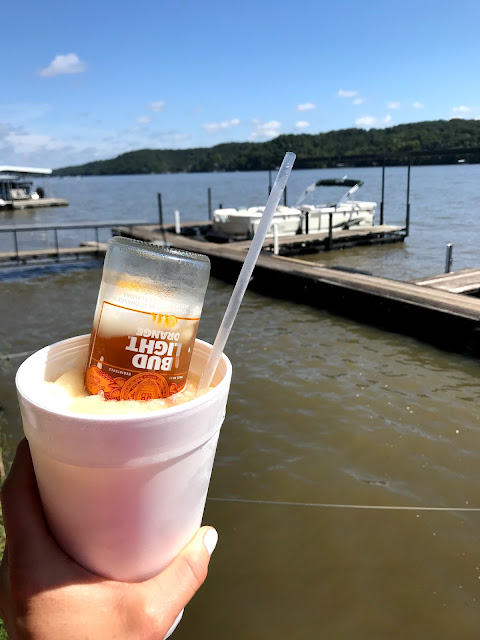 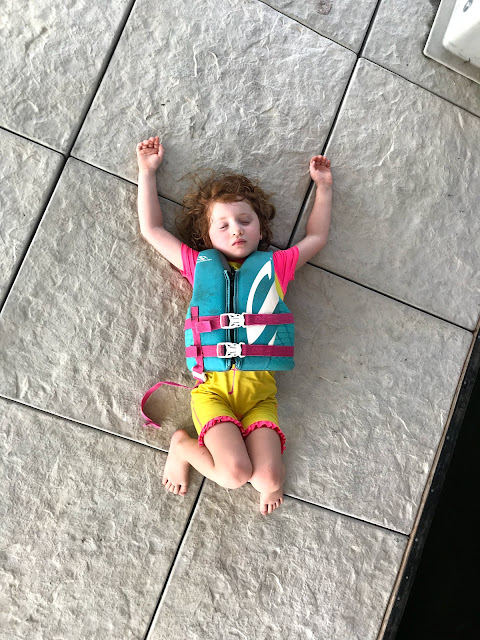 I loved having concentrated time with great people who I typically only see for a few hours at a time. 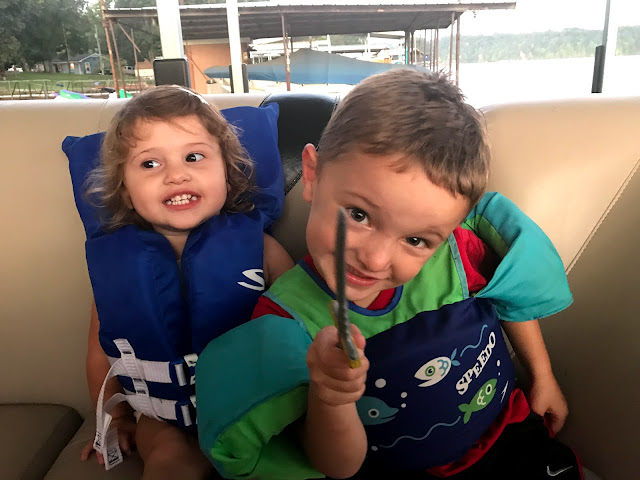 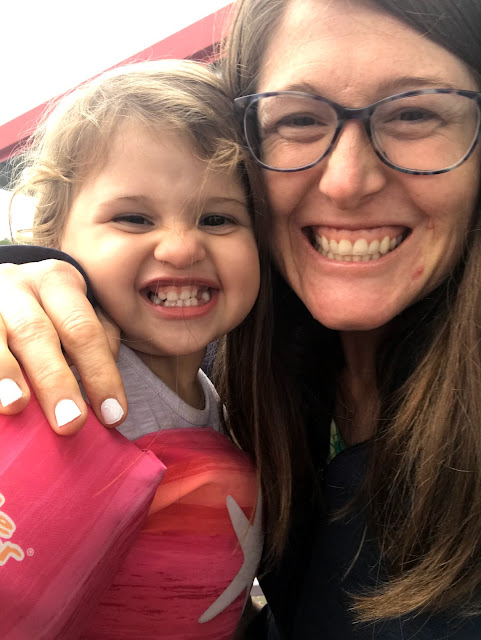 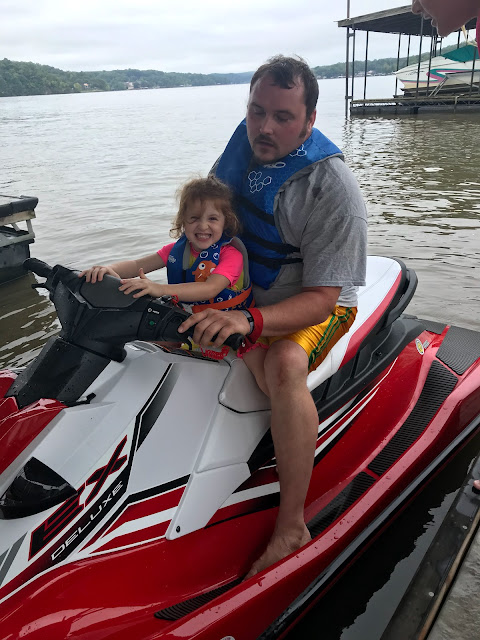 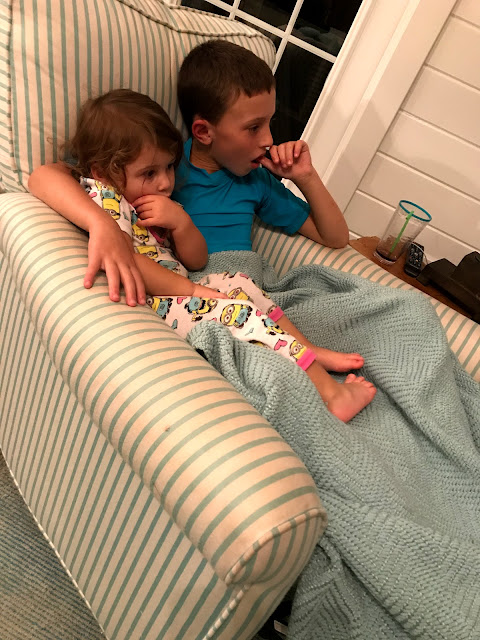 We stopped at our favorite Mexican restaurant on the way home and when Mira was screaming about the salsa I was secretly thankful that the three day weekend was over and we would soon be back in the normal swing of things.

The weekend before Dan and I joined our friends Brad and Chessa at a crazy fun party for Big Brothers Big Sisters, called Rise, which is a rooftop crawl through the crossroads of KC. 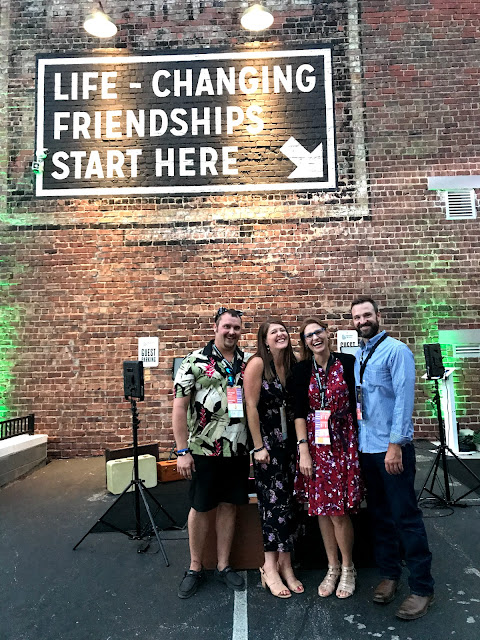 The themed roof tops were so interesting and detailed. Cuba had dancers with fruit on their hats, cigars, and some tasty mojitos. 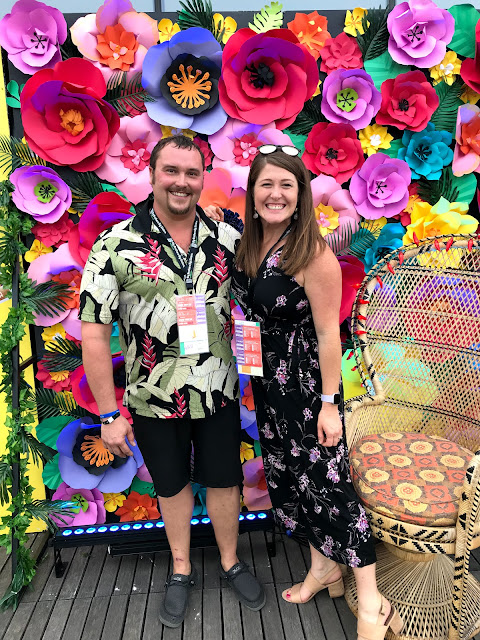 Africa had a huge snake, dancers dressed as animals, and fried plantains. 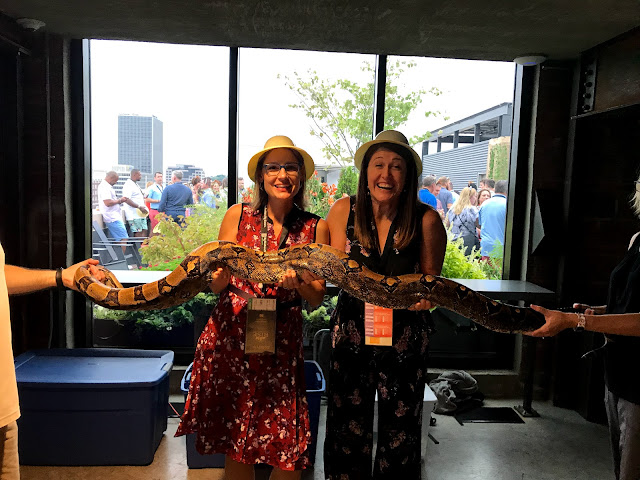 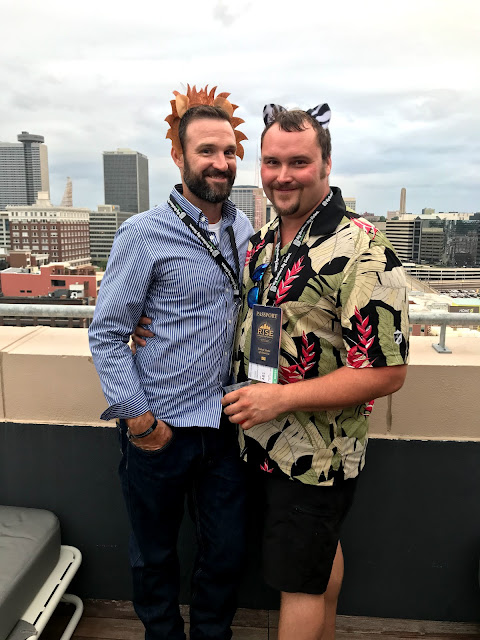 Europe was complete with the Queen of England, 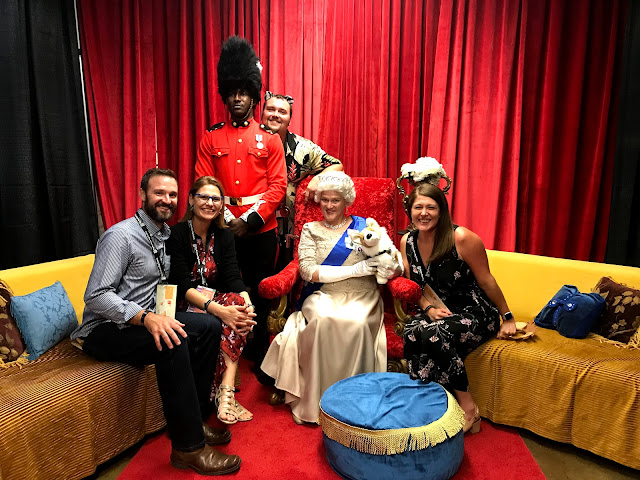 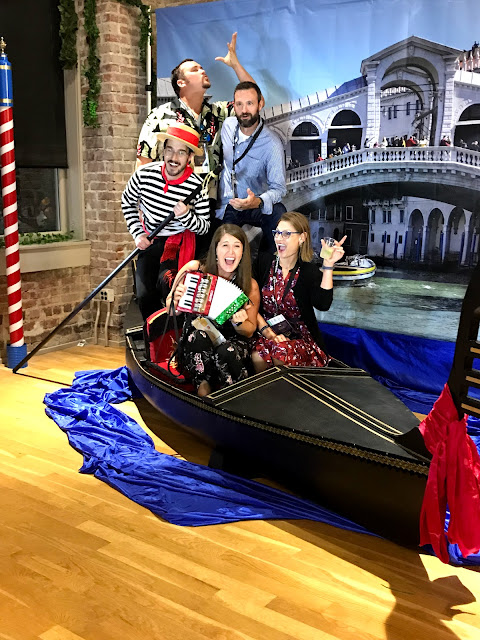 Mona Lisa, eclairs, and a mini version of the Eiffel tower. 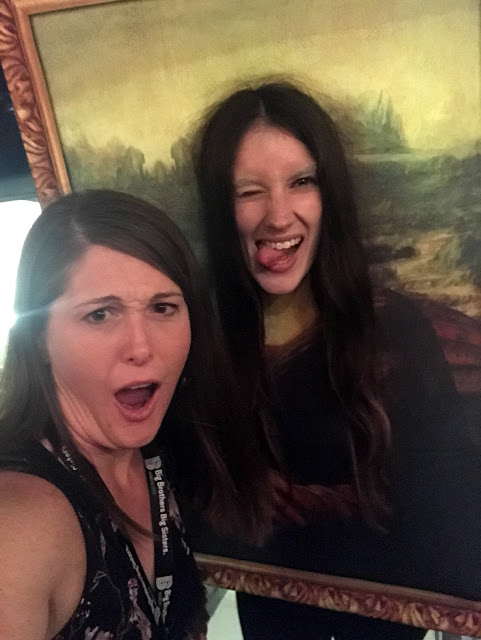 We had way too good of a time with our very good friends. Dan somehow made it on stage, which I completely missed because I was incredibly concentrated on telling a random woman how nice her arms were and quizzing her on her workout routine. When Dan and I finally left, the only other people around were the workers cleaning up the after party.

We also had our Pastor's family over for street tacos in the middle of the week. We have been saying we should have them over for dinner for years, and we finally, FINALLY, made it happen. They have the sweetest boys and I am fairly certain they left our house fearful of ever having a girl. 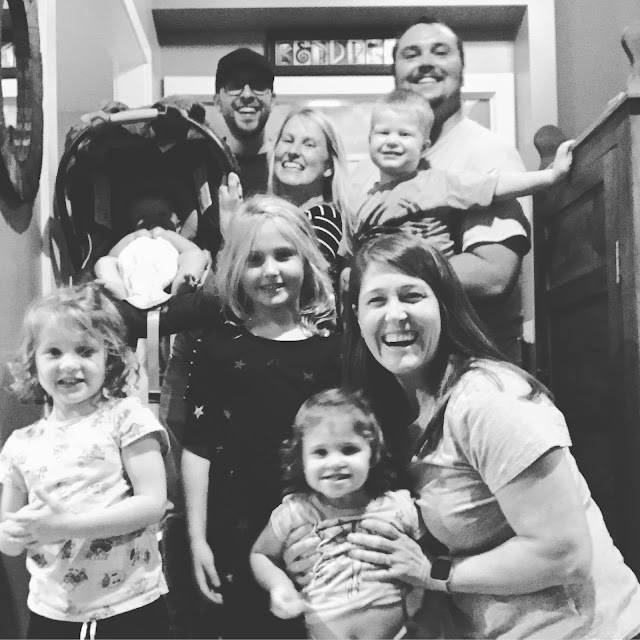 Hosting friends mid-week is soon going to be impossible, thanks to our Monday through Thursday nights being booked solid from now until December.

Summer was fun while it lasted. 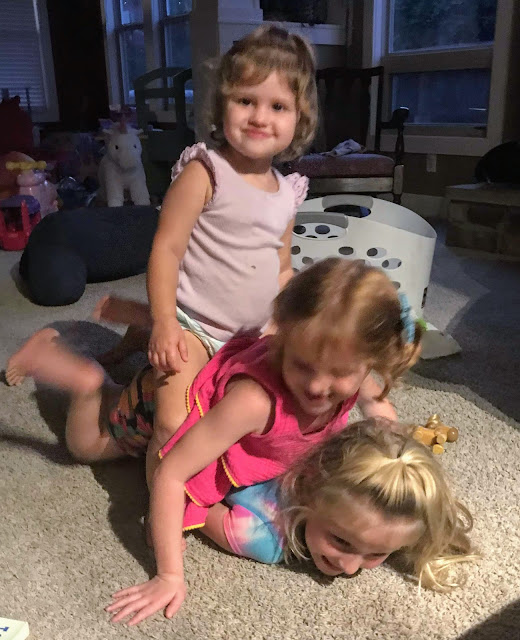 Ina is rocking school.  One day she bounded inside from the bus, held up a book and announced, "My teacher let me get a chapter book at the library and I have already read four chapters!" 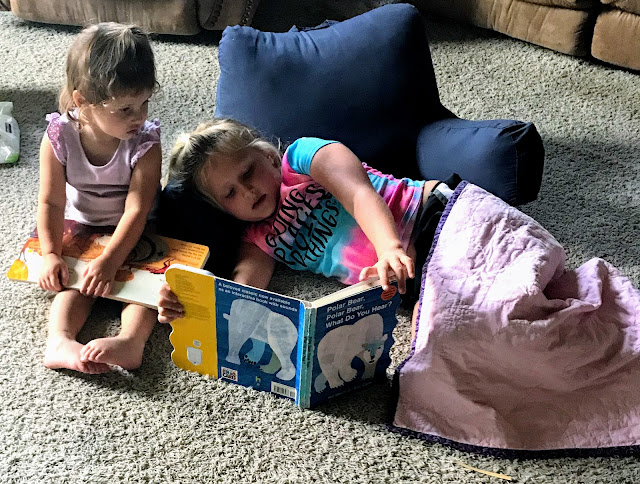 God bless every single person that has helped instill a love for reading in that girl's heart.

Cora adores preschool and calls the whole building her's as in, "my Grace." She tells stories about her "special friends" and about kids getting in trouble, but you never know what is fact and fiction with her. 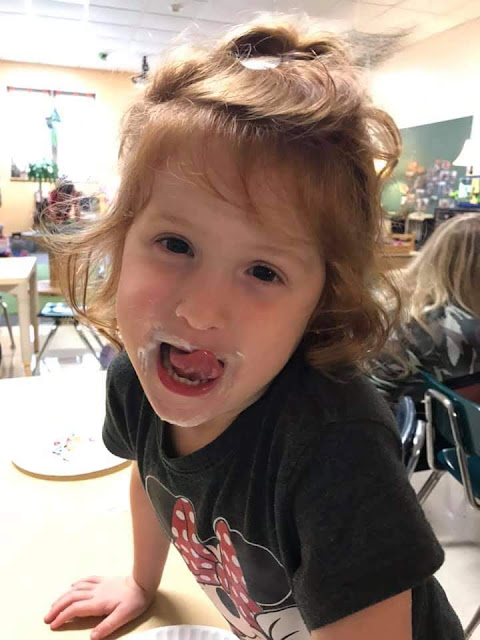 Mira is still our sour patch girl, half the time as loving as can be, the other half scowling at anyone who dares to look her way. 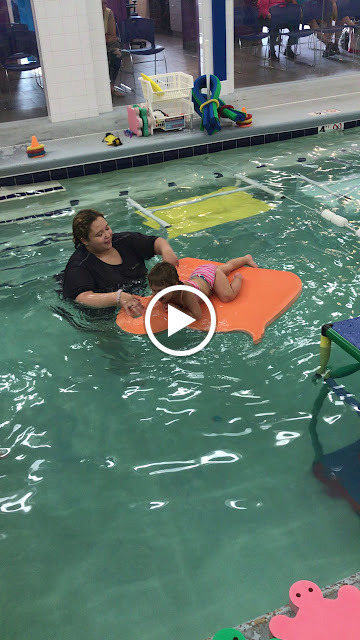 She started swim lessons this week and mostly appeared to be enjoying herself. Initially she wanted nothing to do with the strangers who wanted to hold her in the water, but a few M&M's helped to change her mind.

This weekend is Mira's (small) birthday party, along with 2 friends' birthday parties. Let the celebrating begin!

Here are the meals we made and loved since the last time we talked.

Tater tot casserole - second time we made and loved it.

Thai basil cashew chicken - also the second time we made and loved it. I sauteed kale and added it to leftovers for the perfect lunches.

Meatloaf with green beans and cottage cheese salad. Dan has been requesting this meal all summer and I eventually gave in.

Chana saag - I will be honest, I made this for myself and put in a frozen pizza for the rest of my family. Their loss.
Posted by Racheal at Friday, September 06, 2019