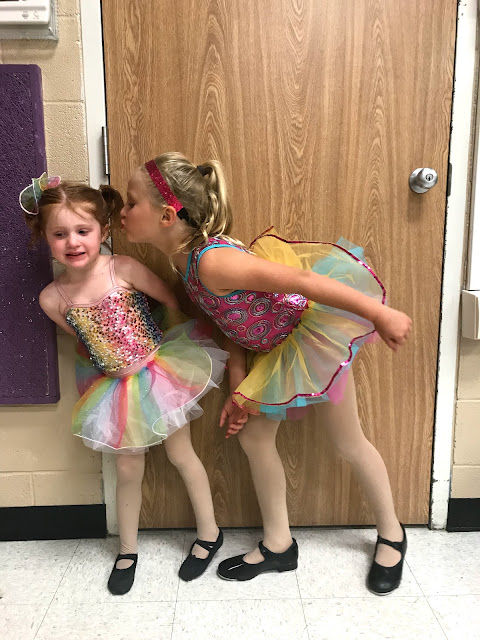 When we last talked, the girls' spring dance recital was hours away. Then last night we went to our sweet friends' recital. I am quickly becoming an expert on a the subject of tights, costumes, and ballet shoes. 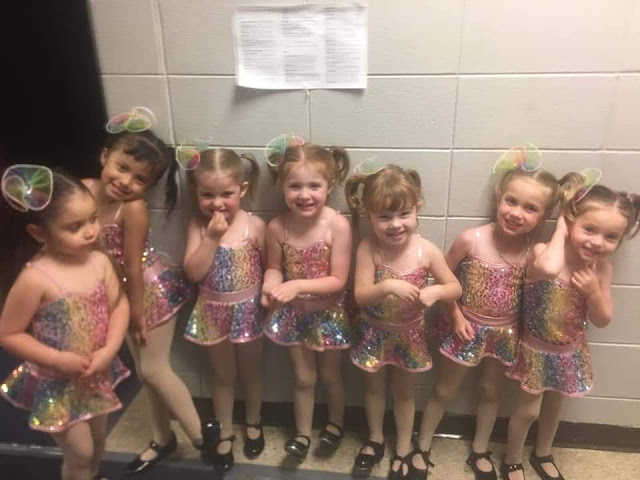 Except not really. BUT, let me say that this recital was leaps and bounds more enjoyable than the previous two. Cora willing went on stage with a smile on her face 7 out of the 8 times she was expected to. Ina and I only had one tiff over her hair and another over her tights, but only one each. Bless her sensory issue heart - tight pony tails and dance tights aren't her favorite thing. 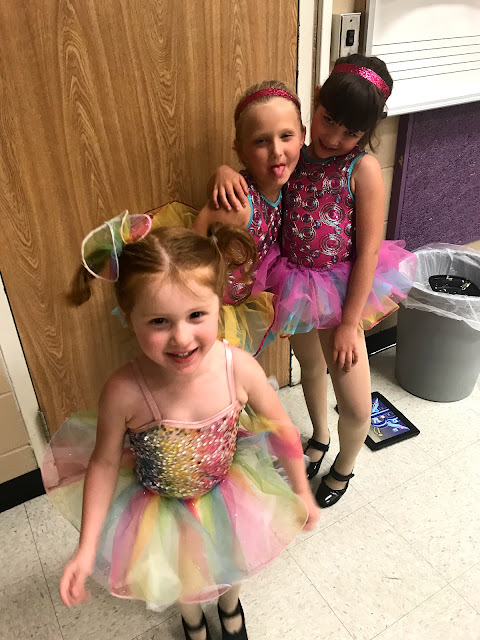 Then there was the cheap red lip stain I purchased, thinking I wouldn't need anything high quality for just one day. Boy was I wrong. Let me just say that I would have paid anything to not be scrubbing lip stain off of Cora's entire face seconds before she went on stage. 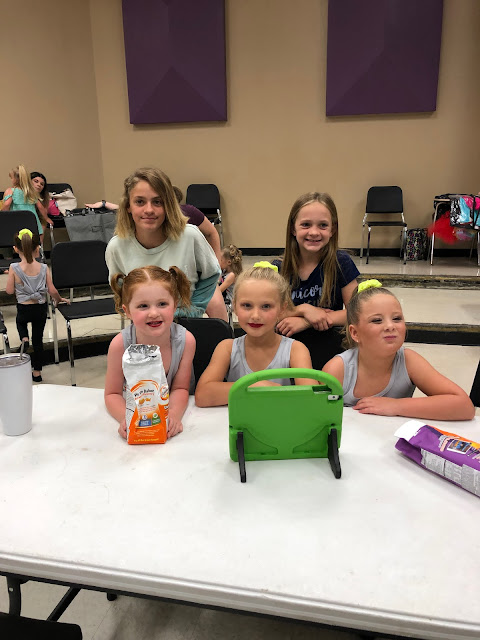 I was so thankful for Granny and the girls' cousins Brook and Lindsey for staying back stage with them the first performance, so I could enjoy the show. Ina's skills and confidence on stage are improving and she even did a little tango bit by herself. Cora is just as cute as she could be up there, with a huge smile and determination on her face, and her tongue sticking out in concentration the majority of the time. 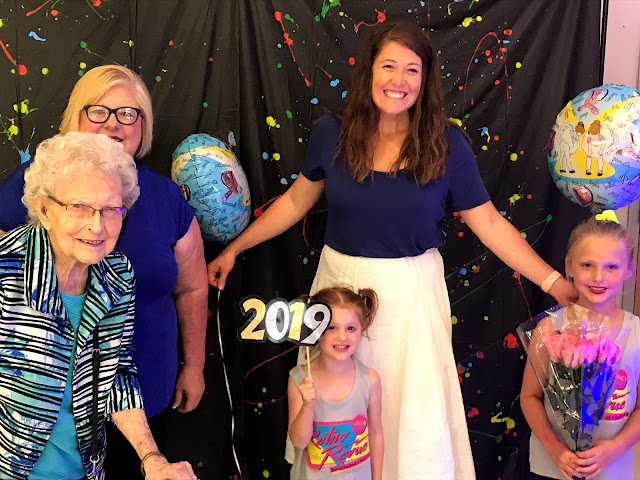 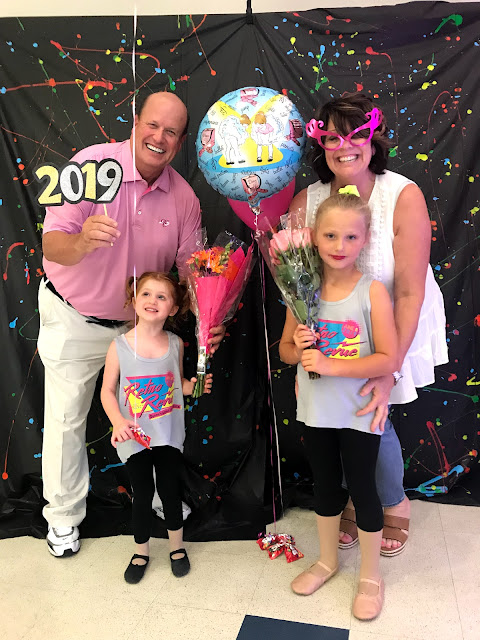 Except when, during their song class's last performance of The Rainbow Connection, the sweet girl before Cora froze during her solo, blocking Cora from the microphone and preventing Cora from singing her line. Cora was so upset she tried to push the girl out of the way and then, when unsuccessful, she proceeded to pout with her arms crossed the rest of the song, until the first girl tried to sing again and Cora covered up her mouth with her hands. I was mortified and laughing at the same time. We will be purchasing that DVD. 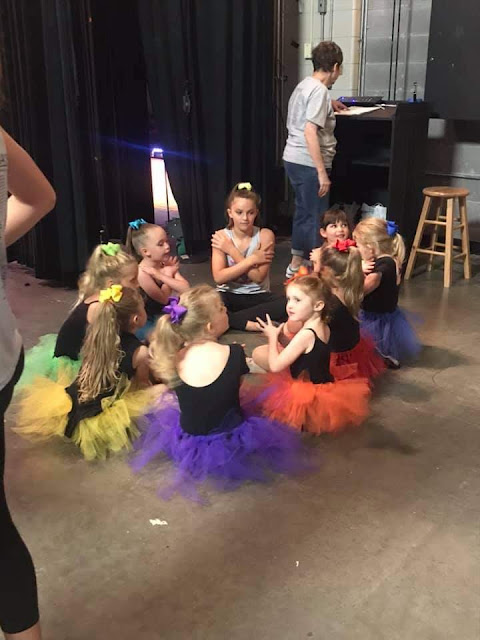 We had so much family come watch the second performance, but my photo brain was off by 9 PM. Next time I will make sure to get a picture of everyone!

Oh! Before the recital on Saturday morning, Cora had her first t-ball practice. 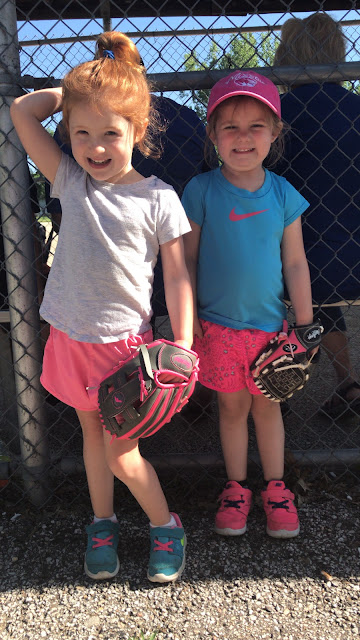 The coach didn't show up and there were many bouts of 3 year olds crying, but overall I would say it was a success. Cora was so proud to finally be able to go out on the field like her big sister.

Sunday morning came bright and early with an equally full day of hosting. I started the morning in the kitchen, prepping the necessary dishes and starting the slow cooker. Then we went to church and came home to have the Nybergs over for swimming and lunch. 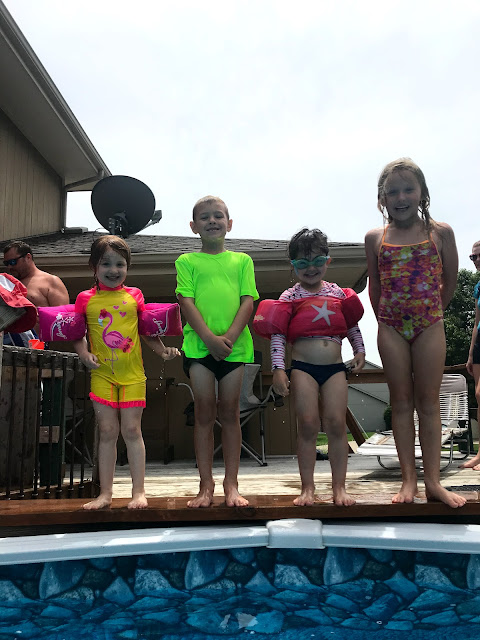 When Chessa and I were studying organic chemistry together, I doubt we ever saw this as our future 15 years later. 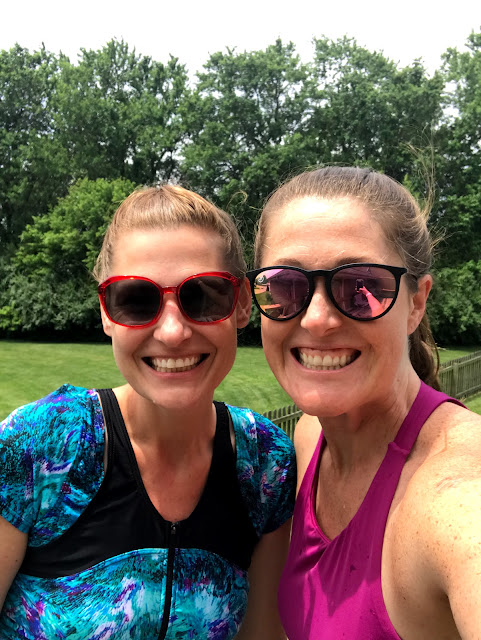 Minutes after the Nybergs left, I started cooking again, just in time for small group to come over to wrap up our study of 1 Corinthians and eat some dinner and, of course, swim. 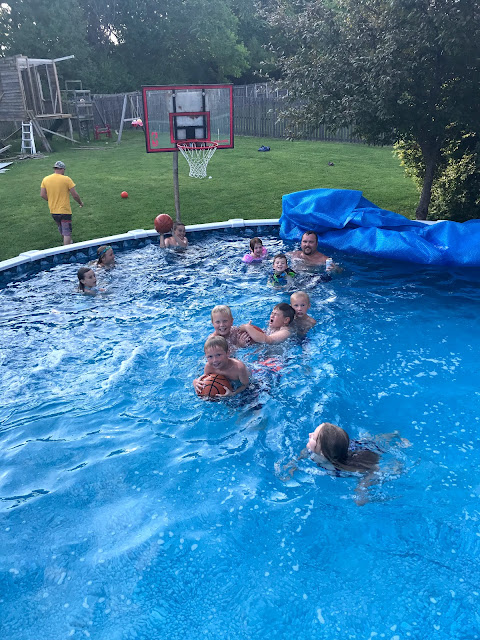 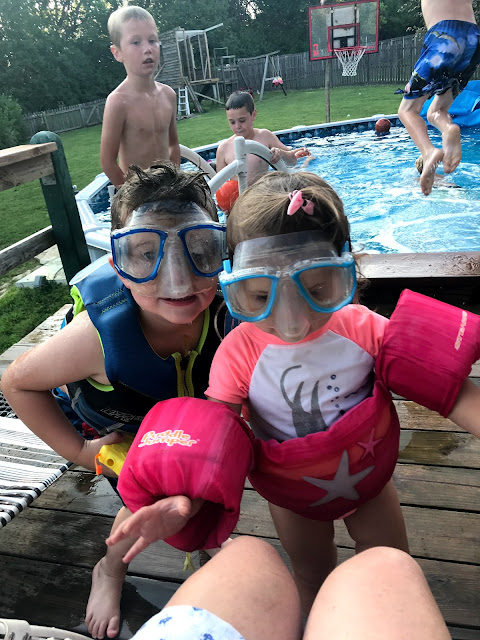 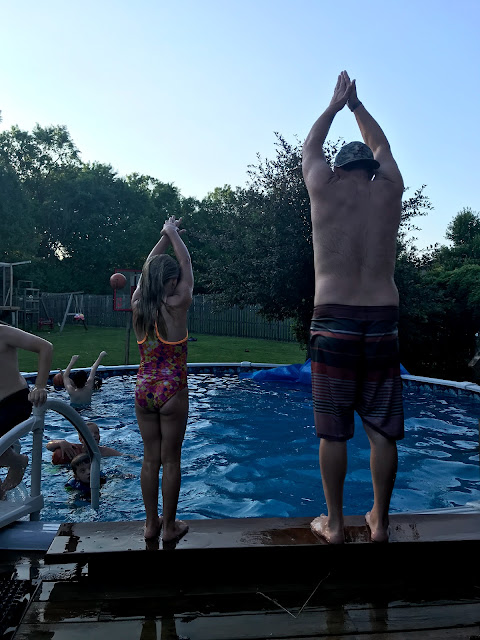 The rest of the week closely resembled the weekend, with T-ball games on Monday and Thursday, having friends over to swim, and cooking. 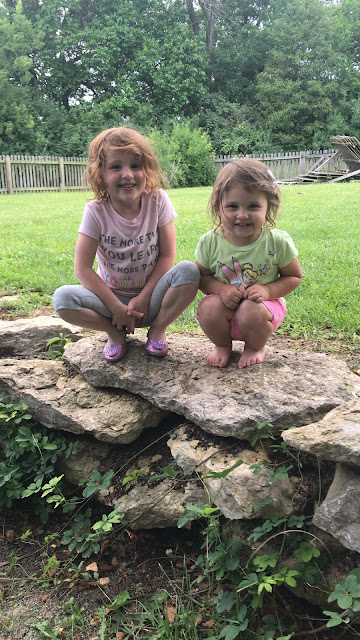 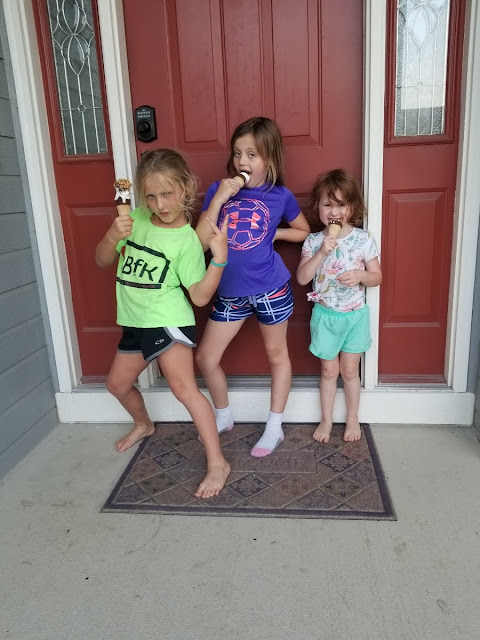 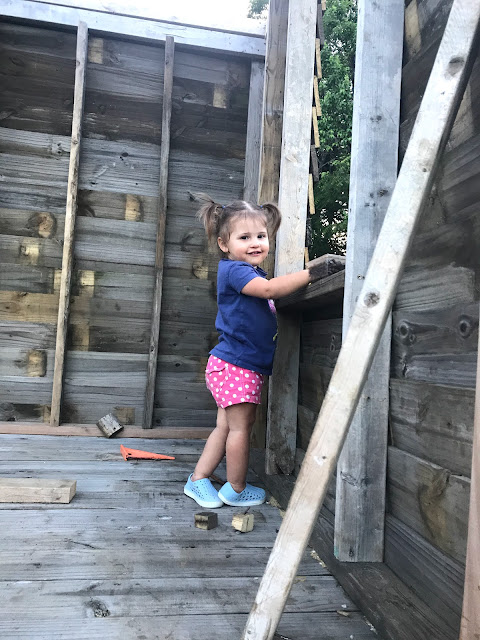 Due to vacation and dance recitals, Ina had two weeks off from t-ball, which apparently is enough time to completely forget how to play the game. However, once Thursday rolled around, she appeared to pick everything back up again and then some. 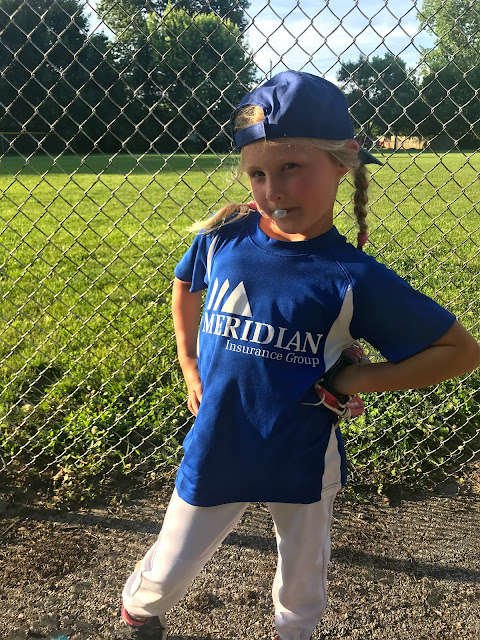 Two of our neighbor friends joined us for the game, so her improved skills may have been from all the extra cheering. 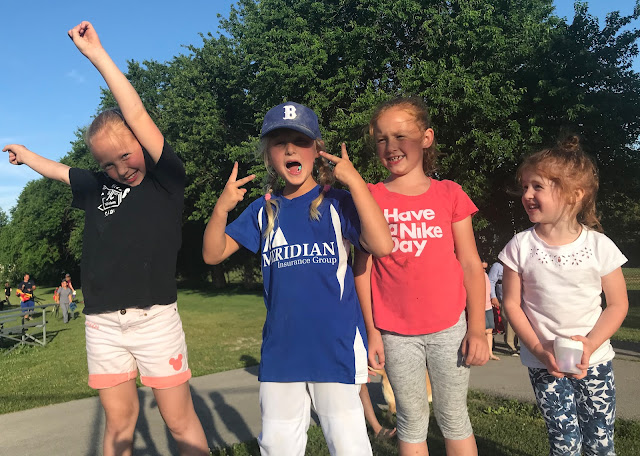 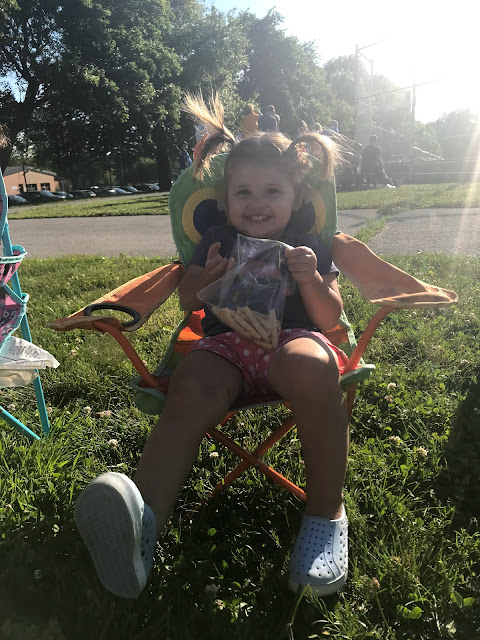 I have some great recipes to share this week:

Mexican rice - loved the recipe, but I would put about half the tomato paste in next time. 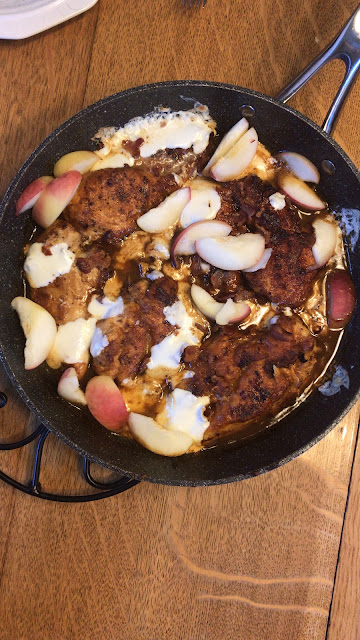 This weekend is so full of birthday parties and swimming and Father's Day. Coffee cheers! <3