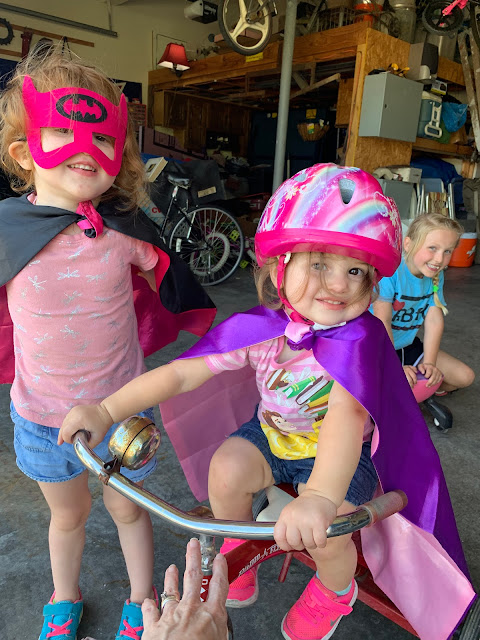 I am stuck at home in the rain in between patient phone calls while the rest of my family is enjoying a Jurassic Park birthday party. I might be a little jealous...and instead of wallowing in my FOMO sorrows, I decided to catch up on here. 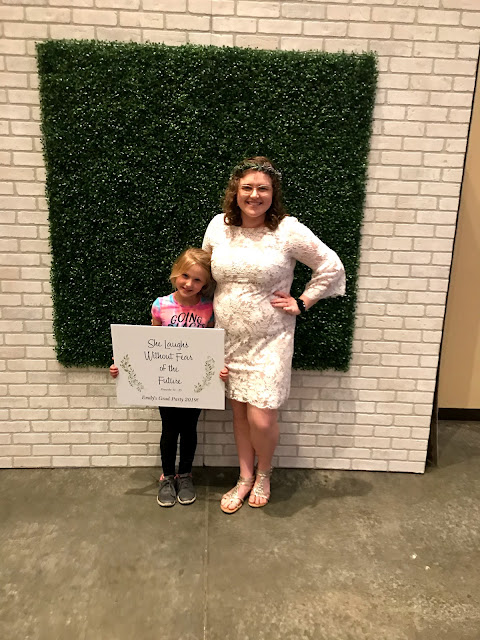 Miss Emily helps us with the girls and kids at church and small group and we just adore her. I also ran into my high school French teacher, who I adored, despite my dislike of foreign languages. She does Cross Fit and has a red headed little girl and is now my hero. 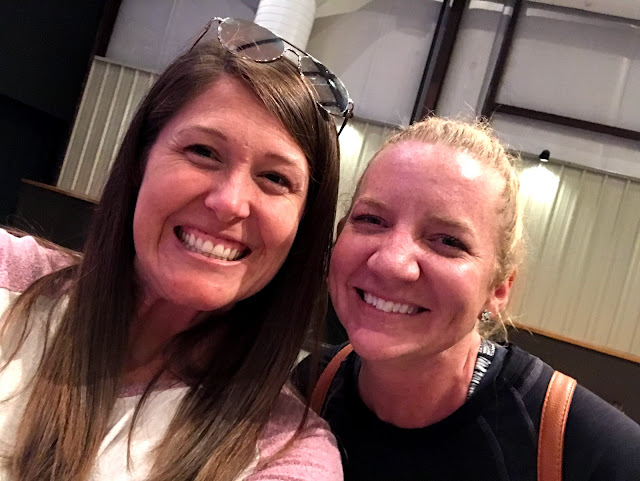 Saturday was all over the place. I had patient calls a lot of the morning. Ina had T-ball practice. Ina and Cora (and Dan) had dance practice and we had a birthday party. 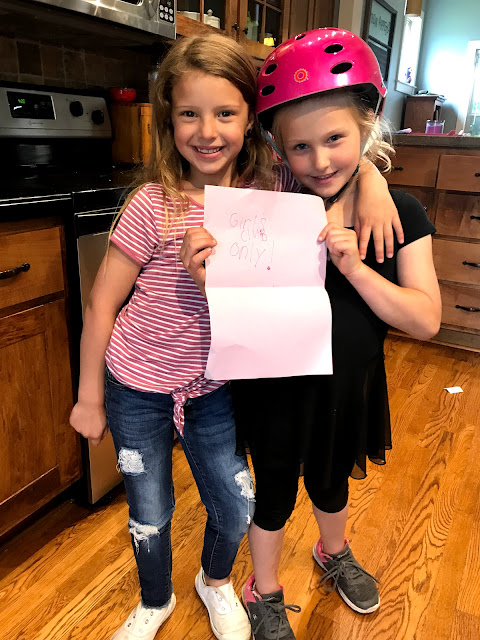 We had the extra treat of hanging out with my niece Hallaway while my sister and her brothers were at a mother son dance. I picked Hallaway up while the girls were at dance on the way home from my eyebrow appointment. On the 20 minute drive home she told me about school and her friends and her dance class and I realized this was the first time we had any type of conversation without interruptions in years. The last time we were alone for 20 minutes may have been before she could even talk! I really enjoyed our discussion and made a mental note to do that more often. 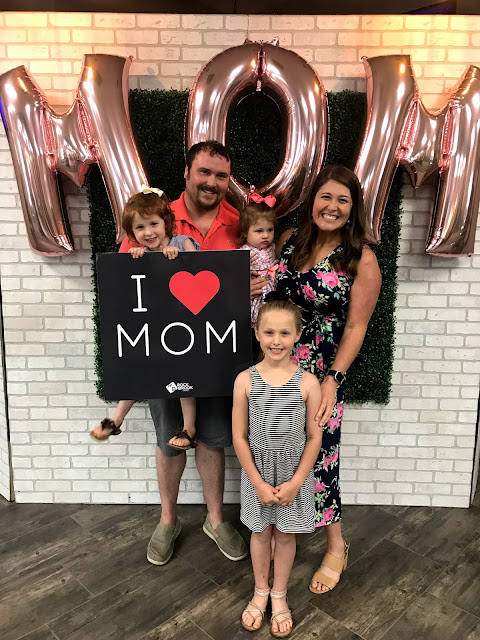 Sunday was Mother's Day and I am going to be honest and say it didn't start out great. Dan and I just weren't getting along and the girls were fussy. But, I learned a few years ago that putting unrealistically high expectations on other people only makes makes Mother's Day less fun. Or any other day really. 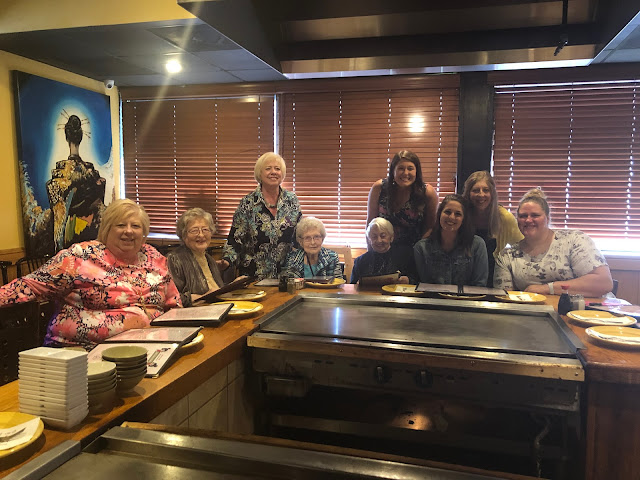 So, after church and hanging out with my mother-in-law for a little bit, I went to Target, walked around aimlessly for 20 minutes, bought a pair of pretty pajamas, picked up my grandma, and then met the rest of the ladies in my family for a delicious Japanese steakhouse dinner. 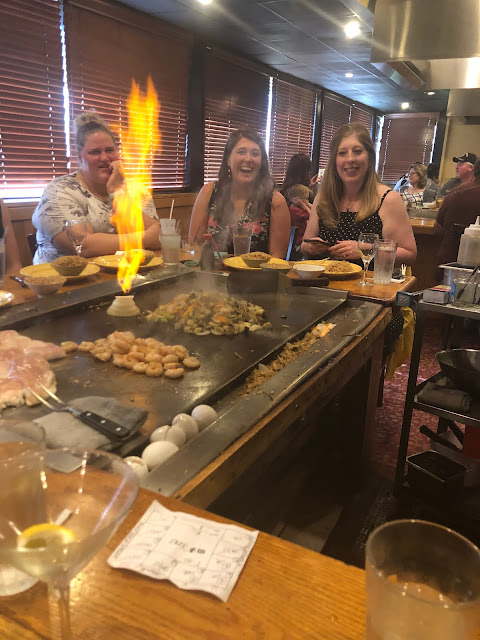 We had such a good time. My aunt had never been to hibachi before, so watching her reactions to the fire and tricks was thoroughly entertaining.

The rest of the week flew by with more dance lessons, swim lessons, T-ball practice, and Parents as Teachers. 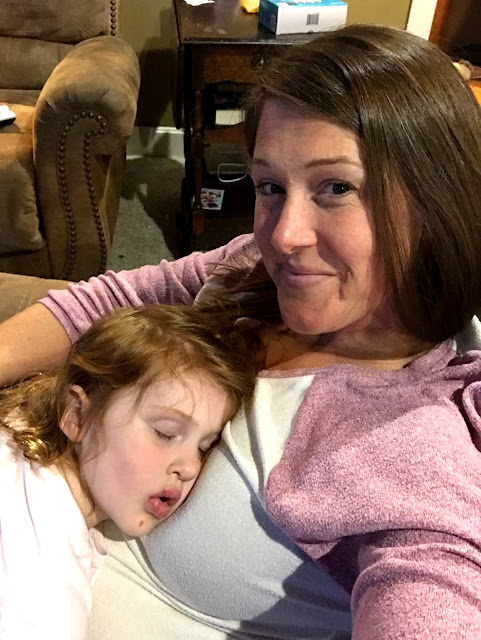 One night Dan met a friend for dinner, so my friend/neighbor/sister-in-Christ Brooke and her daughter came over to hang out and eat shrimp with us. Having them sit with us at the dinner table was so refreshing and fun. 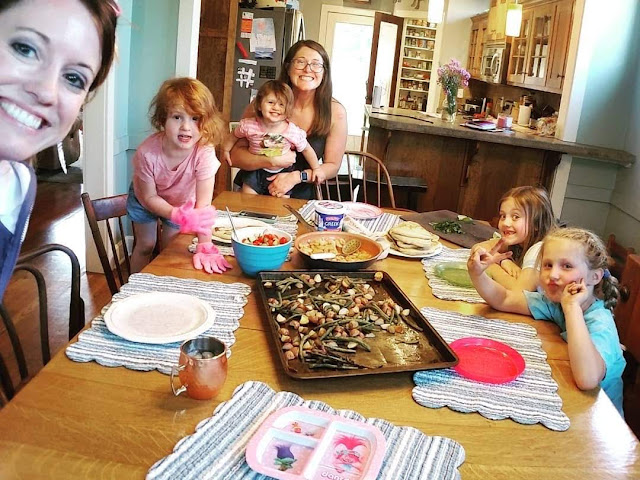 Mira was sick with a random fever and a single upchuck episode and incredibly restless sleep for a few nights, but Friday things started looking up. 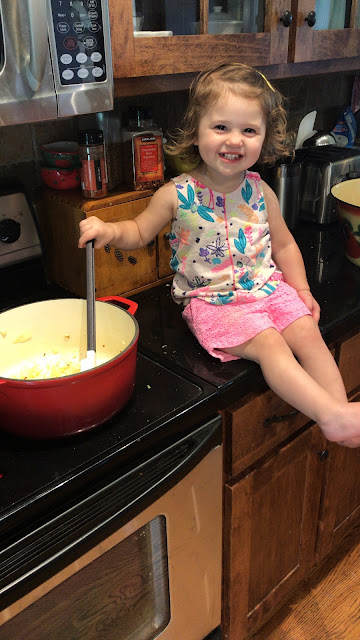 Ina went on her first school field trip to Kaleidoscope. This was exciting, but what was even more eventful was that Ina had her first visit to the principal's office! 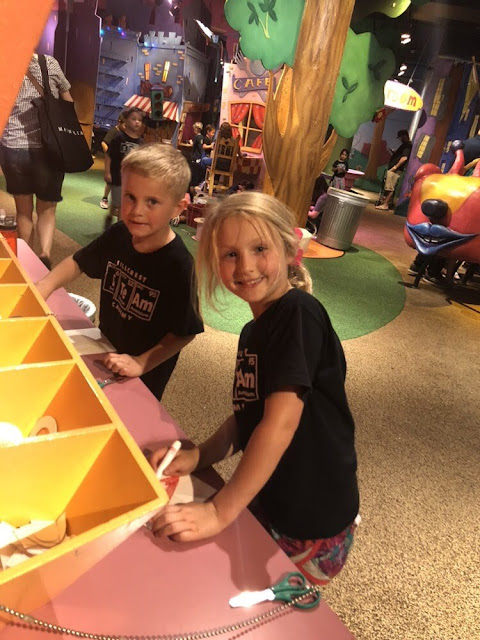 As Ina goes to the school nurse at least once a day, I wasn't surprised to see her school was calling me, but I could barely believe my ears when I answered the phone to the assistant principal introducing himself. He assured me Ina wasn't in trouble, but that she had lost her water bottle and decided to look for it in the front of the school, where she found herself locked out of the building. She had to page herself back in, much to the secretary's surprise.

Poor girl was beside herself that the principal was calling me, I could hear her crying in the background while I was trying not to giggle at the fact that she locked herself out of school. She was much harder on herself than we could have been, and she eventually calmed down when I told her that everyone just wanted to make sure she was safe. The funniest part was that we later discovered her water bottle was at home, in the toy room. When I told her this, she dramatically groaned, "I went to the principal's office for noooothiiiiinnngg!" 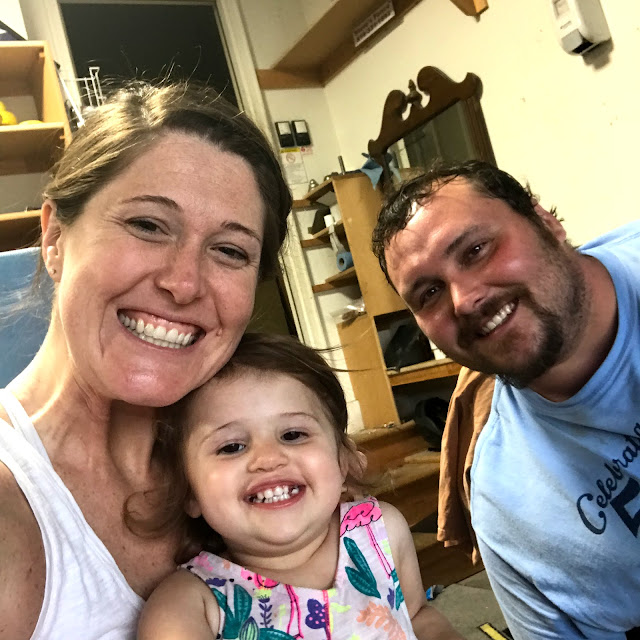 After such a busy week, on Friday Dan perfected a delicious margarita mix, which I promptly shared with a few neighbors and we enjoyed while lounging in the garage and watching the girls ride their bikes and play with their friends.

A few online purchases I have been pretty excited about:

Athleta swimsuit! All of them are absolutely beautiful, but I ended up picking a tankini, which is the prettiest color and a flattering cut. I also picked out a beautiful bikini top and will be giving myself the bikini pep talk on the 18 hour drive to Myrtle Beach.

My new Blenders sunglasses (<---affiliate link) Facebook target marketing got the best of me and convinced me that my upcoming beach vacation would not be near as fun unless I bought a a pair. Sheet pan chicken shawarma with sesame sweet potatoes and hummus - my friend Sarah recommended this recipe and Dan said it was the best chicken I have ever made. Strongly recommend.

Spiced shrimp with naan and cucumber salad. I love the flavor and ease of the shrimp, but the homemade naan takes it to the next level.