Exactly one week before Labor Day Weekend, I decided our family should go on a little trip. Camping for a few days sounded like a good idea, and I remembered Dan telling me about this place a few hours away he went to as a kid. After sending him a text asking if he wanted to go (he responded with a resounding YES!) and calling every single campground in the area, I finally found a nice little cabin we could call home for a few days.

We left Friday afternoon and even picked Ina up from school an hour early, to her absolute delight. She adores school, but there is just enough rebel in her to get excited about leaving early.

I thought the trip might be cut off very early when Dan and I kept on arguing about directions...and then other stuff..., but then he took a long breath sand said, "We owe it to our kids to get along this weekend." 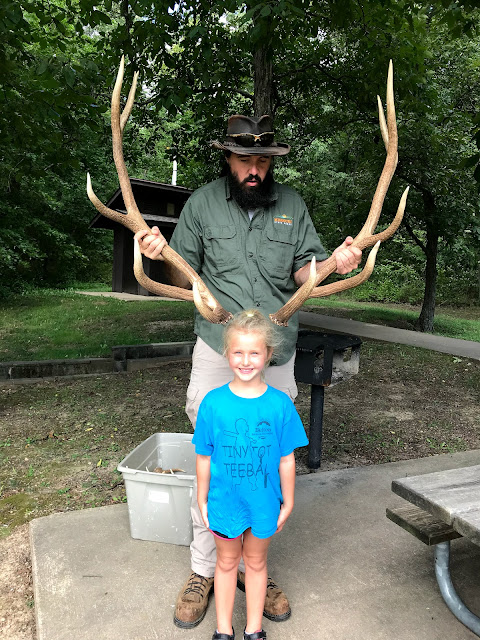 And we did. And what a weekend we had. 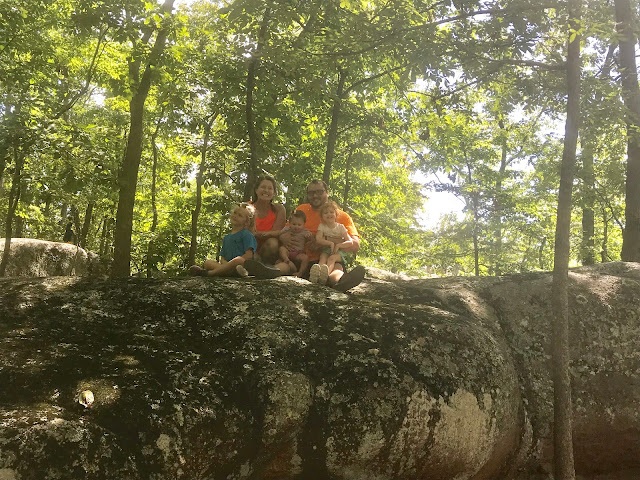 We stopped for dinner at a Chinese buffet, which made Dan and Ina happy little clams, as I despise Chinese buffets and therefore we rarely go to them.

We made it to our cabin (which Cora adorably called a "cabinet" the entire weekend) a little after 9 and the girls were beyond excited about our two queen beds, mini-fridge, table with two chairs, and microwave. 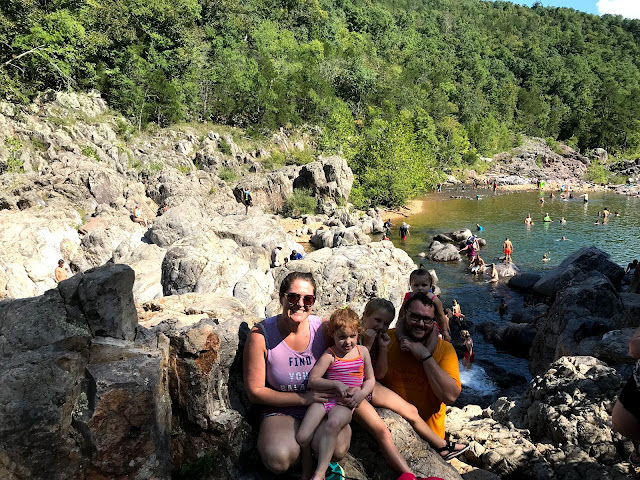 Saturday we went to Johnson Shut-Ins, a beautiful state park in its own right. We parked the car, loaded up the stroller, and walked the quarter of a mile it took to get to the shut ins. Although I had seen pictures, I was not prepared for the beauty of the water rushing through huge rocks in some places sitting as still as glass in others. 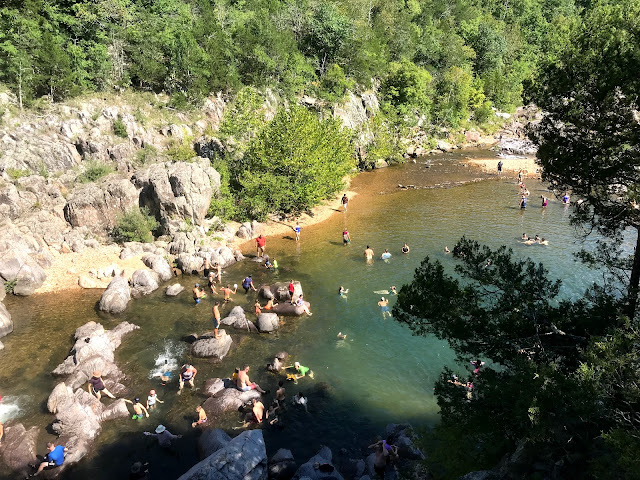 Ina and Cora immediately took off to play in the water and Dan attempted to follow them while I had to be a little more cautious while holding Mira. We climbed, slid, waded, crawled, swam, and fell our way up and down those nooks and crannies all day long, stopping only for a lunch we had packed.

Ina found a group of older girls to slide down a few of the rocks with and was giddy sitting up on the rocks with them in a circle, just listening to them talk.

Dan and Ina found a few big rocks to jump off at least 100 times. Cora and Mira preferred to stay near the edge and play with the smaller rocks. 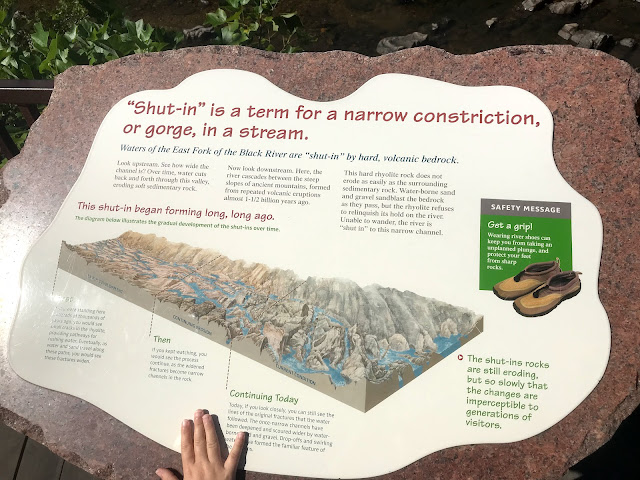 We drove back to our cabin absolutely exhausted, with enough energy to start a fire and grill dinner (pizza + wings) before baths and an early bedtime. 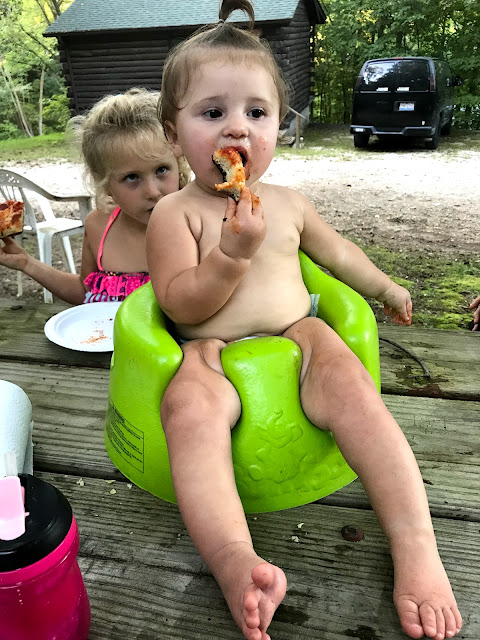 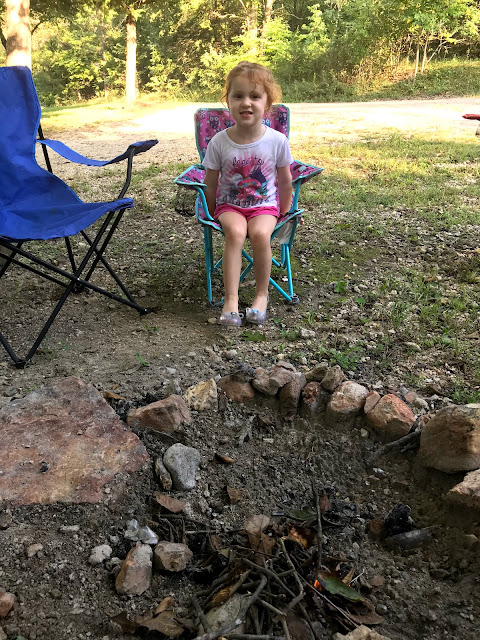 Sunday we headed to Elephant Rocks State Park, which is only 20 minutes away from Johnson Shut-Ins. The second we pulled in the parking lot I saw the gigantic rocks and knew our family would have a good time. After a minor set back of our stroller tire exploding, we were off and starting climbing the rocks. 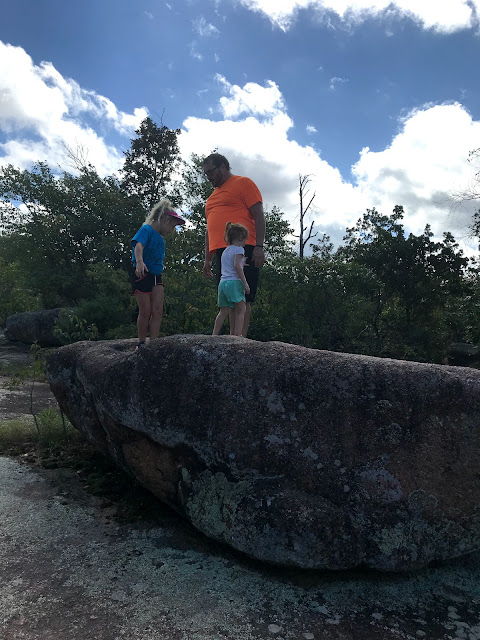 Cora took charge and was determined to find THE elephant rock. Any time we would pause to look at a cool mushroom or animal foot print she would yell, "Follow my lead!" or "Come on Guys!" or "Are we going to find this elephant rock, or what?!" 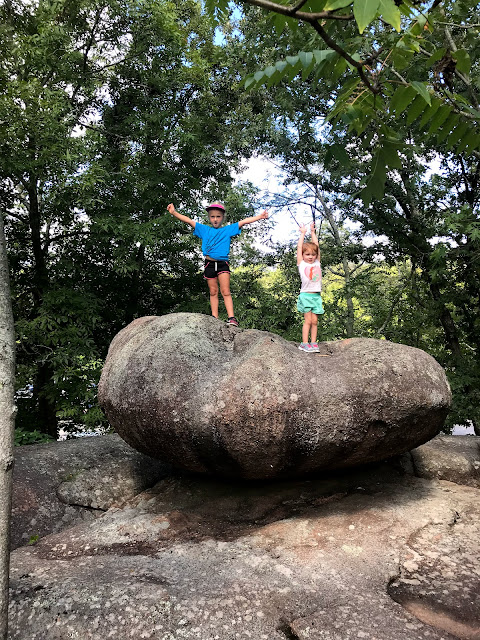 Ina enjoyed herself until we ran out of water and then she turned into a delicate flower. There was one point where she dramatically stopped me, grabbed my arm, pointed to her forehead and said, "Do you see this? This is SWEAT! I NEED water." 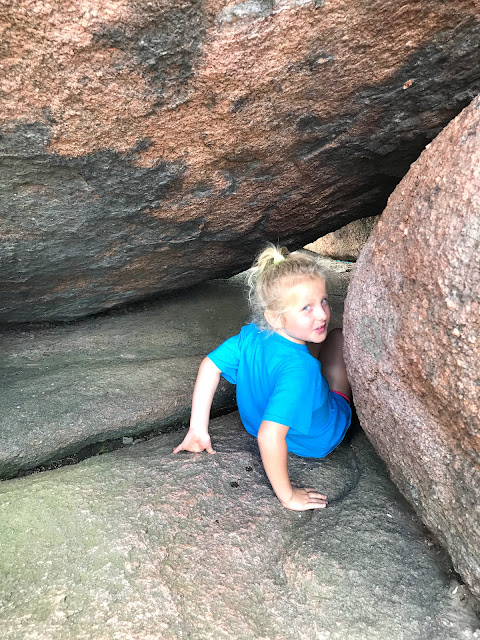 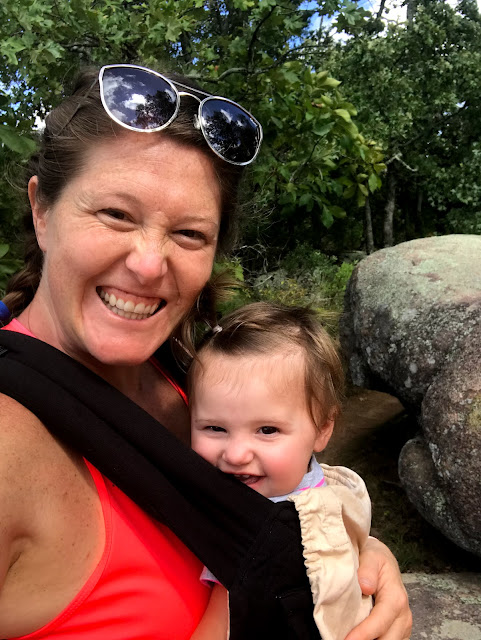 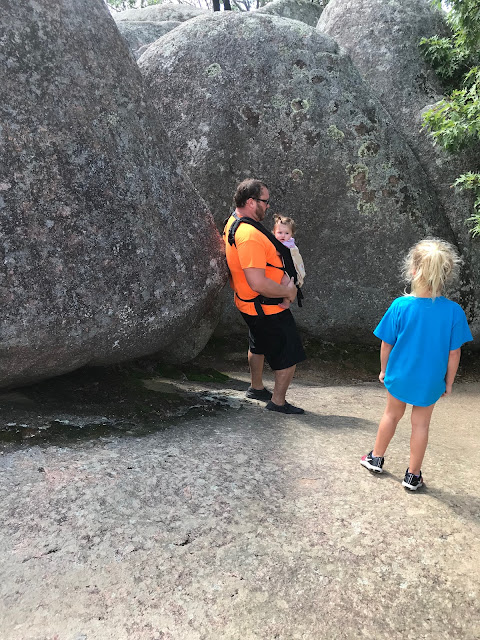 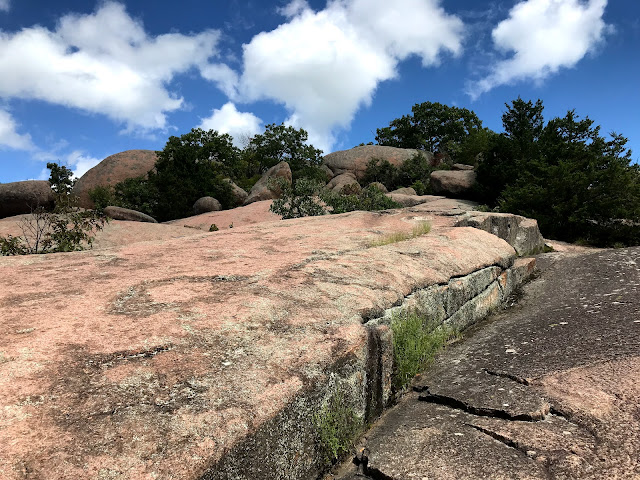 The state park's water was turned off, so after the nice woman in the snow cone truck filled up our bottle, she was in a much better mood. We ate our packed lunch and then knew that the kids needed some rest after hours of climbing around for two days in a row. 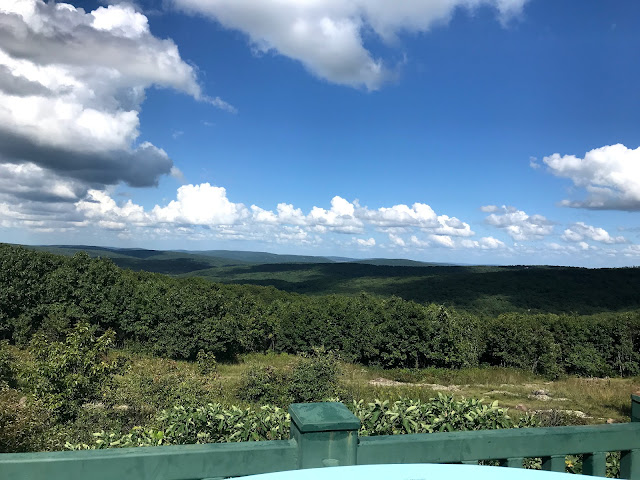 We got in the car and started driving and all three of them fell asleep within minutes. We saw a sign for another state park - Tom Sauk Mountain, so up we headed. Unbeknownst to us, this is the highest point in the state of Missouri, and man was it beautiful! The girls woke up just in time to climb to the top of the look out station and be "close to the clouds."

We were considering going back to the shut-ins for a few hours, but then Dan asked if we just wanted to find a spot on the river somewhere to play, which sounded like a fun (and less exhausting/more safe) idea. 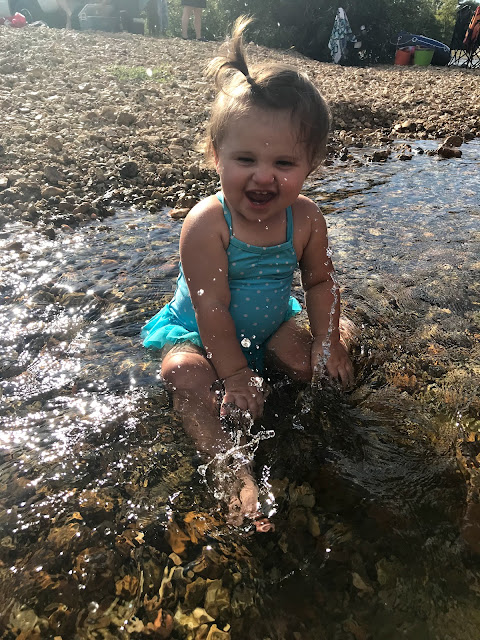 This was honestly my favorite part of the whole trip. Ina and Cora floated down the river hundreds of times. Dan taught Ina how to skip a rock. Cora and Mira picked up rock after rock after rock. We just sat there and enjoyed each other as a family. 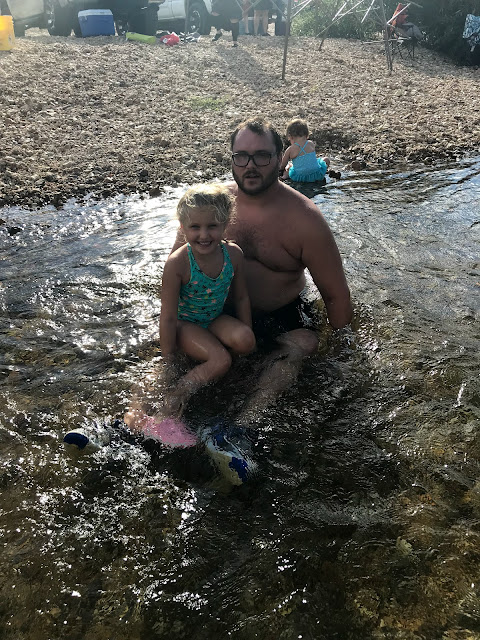 I eventually joined the girls at floating down the river, which was even more fun than it looked. Ina made up a song about swimming in the "Momma-ssippi" River. 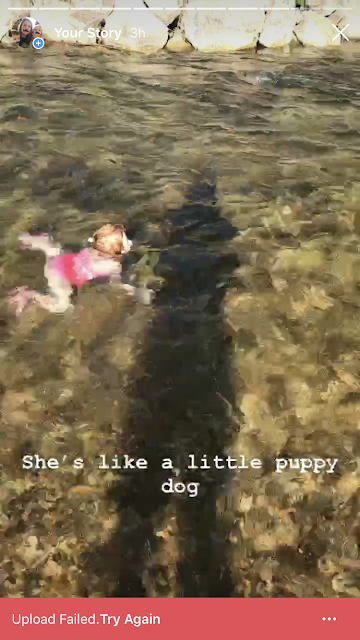 (I also saved all the videos on a "highlight" in my IG stories for memories!)
We saw a few snakes and then decided it was time to go home, eat some hot dogs for dinner, and go to bed.

We woke up Monday morning and said goodbye to our "cabinet." 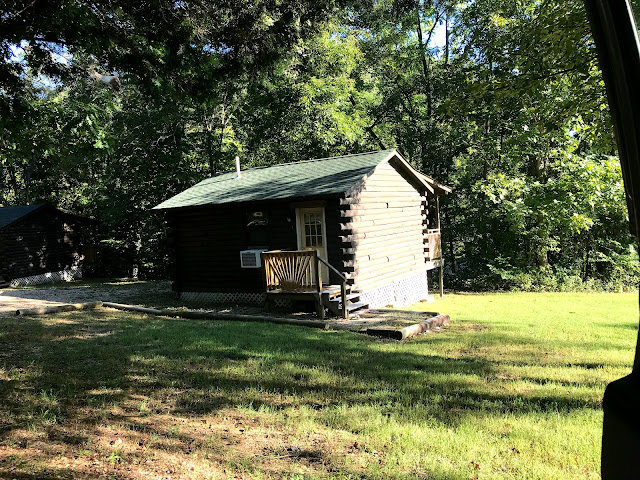 We stayed at a beautiful place that was designed for people with horses to stay, but it worked great for us. After stopping by the shut-ins to purchase some swag, we hit the road. On the way home we stopped at Onondaga Cave State Park for a cave tour. 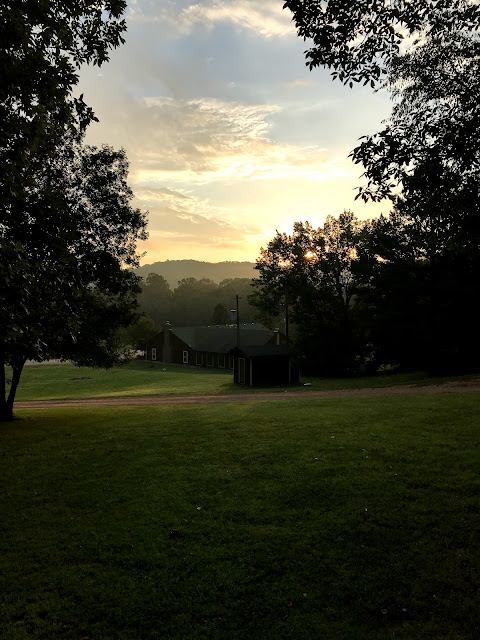 This was another absolute treat. The cave was beyond beautiful and we (mostly) enjoyed the hour tour. There was one point when Mira was screaming while the tour guide was talking and I looked up from sushing her to see Cora climbing on the rocks that we were specifically instructed to not-so-much-as brush with our pinkie finger. 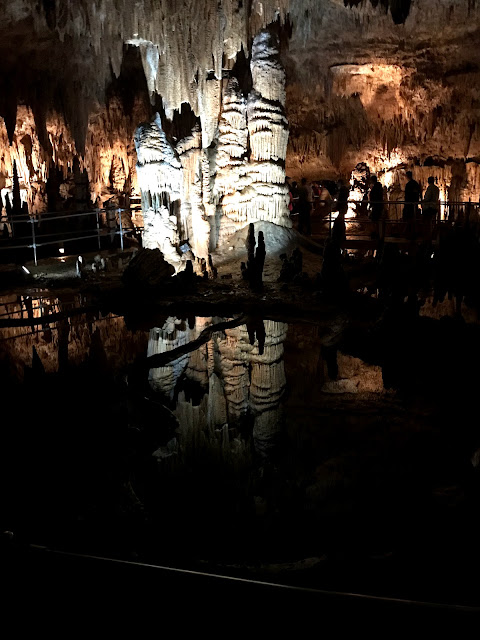 I loved the hearing the history of the cave and Ina seemed to enjoy learning about so many different things. At the very end of the tour, we even saw a bat! Cora was pretty much done by this point and kept asking if she could "go to my home to watch TV."

We stopped at a dairy-burg for burgers and ice cream for lunch, and then drove 4 hours straight to make it home right before dark.

I can't wait for our next adventure.