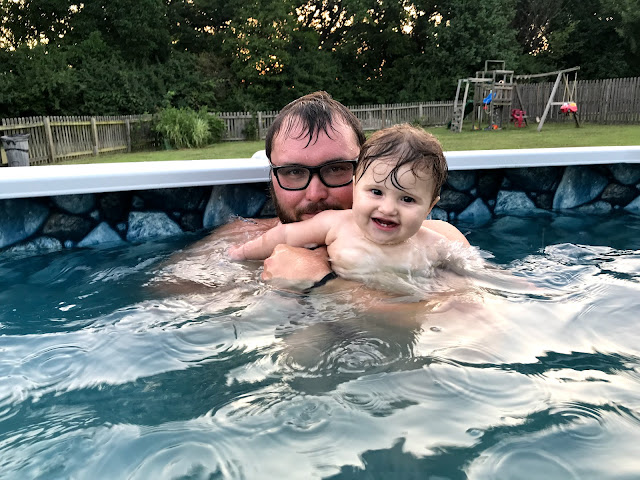 A few highlights from the week:

The dads have put some more work into the pool deck and now it has steps! And a jumping-off-board (that's a thing) for the kids. This is a huge improvement in the pool game and we no longer have a metal ladder in our pool. Expect many cannon ball and jumping pictures to come on my IG stories. 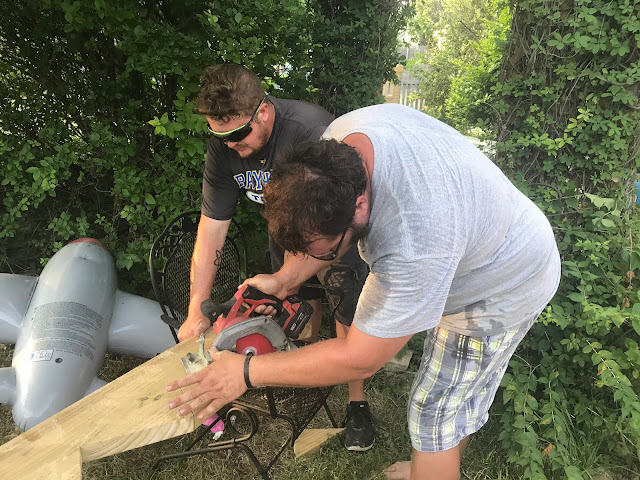 Ina started at a new summer school for the second three week session, and let me just say we have had some complications with the bus system. From not having the correct drop off or pick up times (despite multiple phone calls) to the bus drive skipping our stop, to kids fighting, I am trying very hard to remind myself to be thankful for this free service. On a very positive side, Ina has some kids from preschool in her new class, which she is very excited about.

I took all of the girls to visit my grandparents in their new (very nice!) assisted living/memory care facility. It was lovely to see them, but I have to say that I probably won't be attempting to do that by myself with all three girls in the near future, or at least until Mira is able to run away from the (I am sure very nice) man who was trying to pick her up (but likely would drop her and/or fall himself) while I was trying to prevent Cora from having an accident in the middle of the dining room.

Sometimes I feel like we are a real life travelling circus. (This would make Ina so happy to know, because after watching The Greatest Showman she wants to be a "girl boss" at the circus when she grows up. That or an underwater scientist. The jury is still out.)

Another act of the travelling circus - Saturday morning after I worked and while Dan was still working, I took all the girls to a pool birthday party, which was fun with the lazy river for Cora to swim around and the huge slides for Ina to go down over and over again. However, no one wanted to leave except for Mira, who had given up and fallen asleep on my chest despite my best efforts. Thankfully Amy helped us out to the car by carrying Mira, while I was carrying/dragging a kicking/screaming Cora who did not want to leave at all.

On Saturday Dan and I finally had the chance to celebrate our 10 year wedding anniversary! We went to The Antler Room, an amazing tapas place in Kansas City. 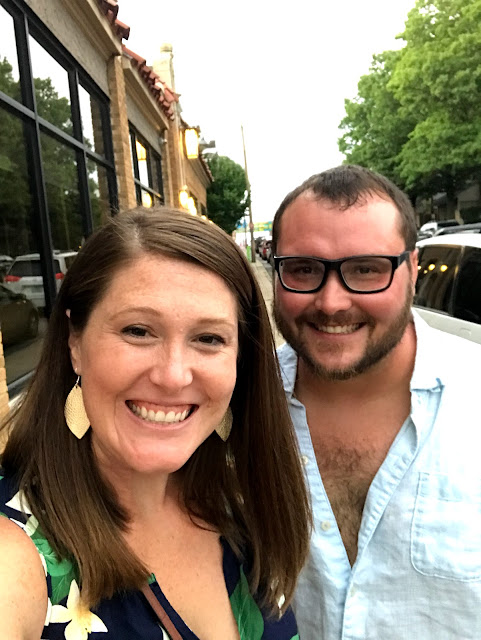 We had a blast tasting so many unique and complex dishes - foie gras, octopus, ramps, duck, and so much more! We so badly needed a date night. Papa Scott watched the girls (and brought pizza, cookies, and chocolate milk), so they were in heaven. Hopefully we won't go as long before the next one, now that Mira can go long stretches without needing me or a bottle. 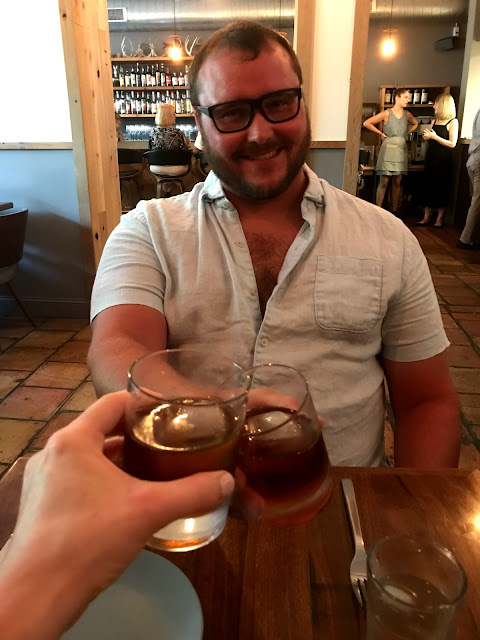 Sunday was one of those days that just kept on going and filled up our family time cup. We went to church, had the Nybergs over the lunch and swimming, watched a movie, put the baby gate in at Granny's, purchased all the fireworks, and then even shot a few off. 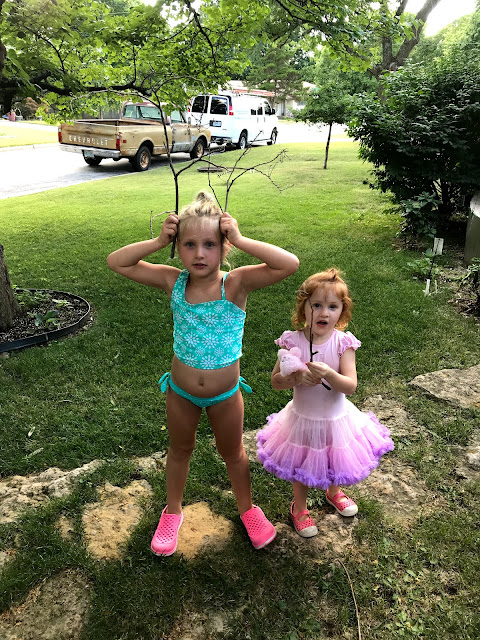 Poor Cora fell asleep before we put her PJs on.

As always, thanks for reading my little space on the internet. <3
Posted by Racheal at Tuesday, July 10, 2018