This week can be summed up in two words: dance recital. Monday was Ina's normal dance lessons (1 hour), Thursday was her opening number practice (two hours), Friday was her dress rehearsal (4 hours) and Saturday was her recital (16,000 hours). 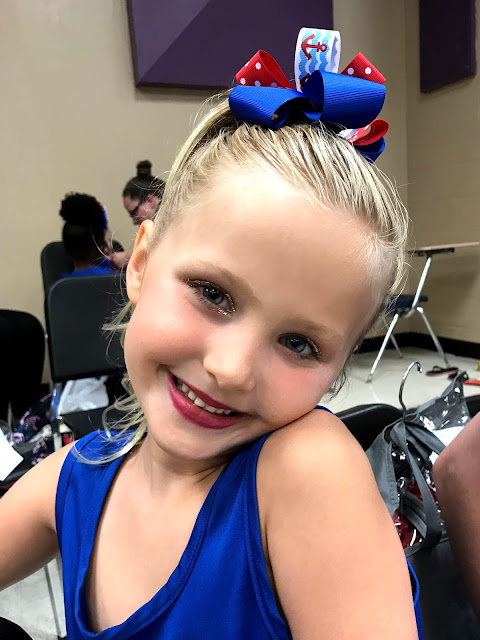 Throw in our last swim lessons of the season, Dan working long hours, continuing to potty train Cora, a CRAWLING BABY, and this was a pretty eventful week.

However, seeing Ina in her sequined leotard and pink tutu determined to find her exact spot on center stage and beam at her onlookers was all worth it. Should couldn't stop dancing the rest of the night. 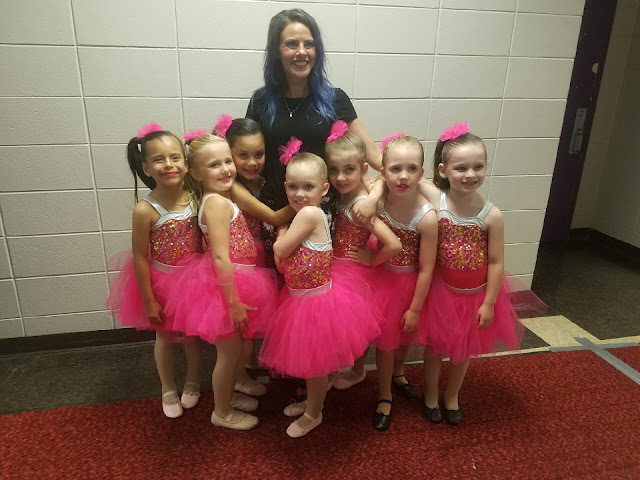 I will say that this whole dance mom thing is a world I knew nothing about. The patience it requires to put mascara on a 5 year old alone should be rewarded on national television.

Can we all just agree that tights are no longer a thing? They are impossible to put on, constantly riding up or down, and have five stains on them within minutes of Ina putting them on. There was a point when I was in charge of taking three leotard and tutu clad girls to the bathroom and Ina COMPLETELY de-robed (tights and all) in the stall and I didn't know if I would make it through. 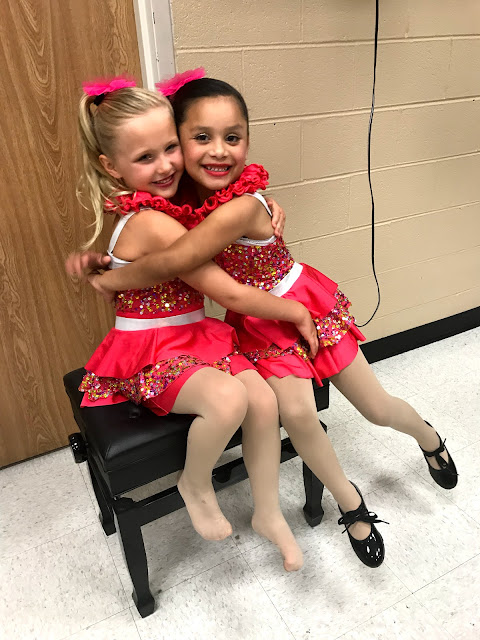 Ina was so happy to see so many family members there, which is a pretty big deal, considering the 3+ hour time commitment. Also, her cousin Hallaway's recital was the same day, so everyone in my family sat through TWO recitals in one day. Bless.

She also received three bouquets of flowers which she has combined and incessantly watered.

Other notables from the week:


Mira started crawling! (Poor third baby- five years ago I would have dedicated three blog posts to this topic alone.) She is still new to the whole skill, but she knows she can now get to anything she wants to put in her mouth, which has recently included legos, sticks, leaves, and paper. Thankfully, she knows not to swallow anything, but does seem awfully offended when I dare to remove them from her mouth. 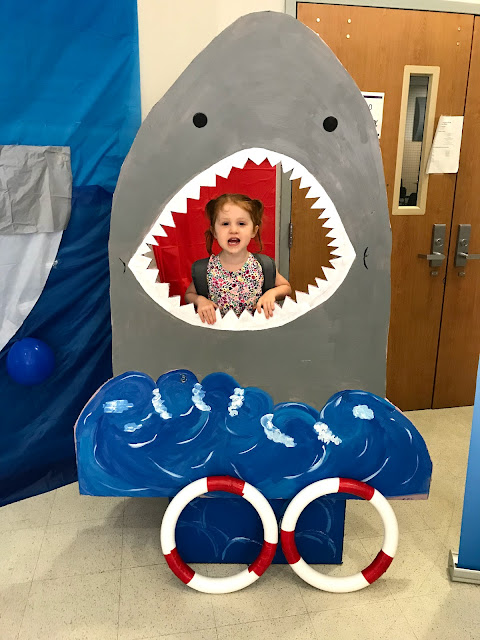 Cora is still having a difficult time with the second part of potty training and is clearly constipated. Hopefully things will start to consistently move in the next few days or I might call her doctor. On a funny note, she has started to repeatedly say, "Mom, we don't say 'look at that freak.' That's a bad word. We don't say that. We say, 'Oooh La La!'" and then erupts into giggles and I can't help but laugh.

I was also told she sat through Ina's recital like a doll. I was so proud of her!

Danielle and I are one week into T25 alpha and have lived to tell about it. On Saturday morning both of our families sat on the couch and watched us with brief participation from the kids and the commentary was hilarious. I overheard Ina telling Gunner, "I feel so sorry for my mom. She looks miserable."

We visited my grandma in the nursing home during dinner time with no snacks which was a major mom fail. Cora and Ina jealously watched all the residents being served ice cream and things kind of went downhill from there.

On Sunday we wrapped up our spring/summer small group study with communion and a Mexican inspired potluck and swimming. I love our small group with all my heart and we had such a good time eating, playing, talking, and swimming.

Sausage and spinach pasta bake with salad - this one is a keeper.

Cheeseburger salad - I told you it would be on the menu again soon!

Grilled chicken with kale salad and corn on the cob. The makings of a perfect summer dinner.

Carnitas - Danielle made them but I share the recipe because I love you.