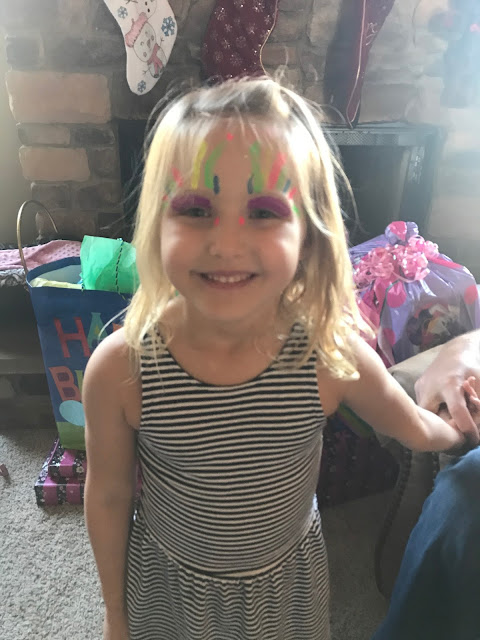 At five Ina is determined, focused, and loving. She takes her job of being a big sister incredibly seriously, and has no problem telling Cora (or anyone else within listening distance) exactly what to do. She loves cuddling with her dad. She enjoys "projects" and "activities" and would be happy watching DIY videos on YouTube all day long, breaking only to work in a workbook. She asked for an alarm clock for Christmas. 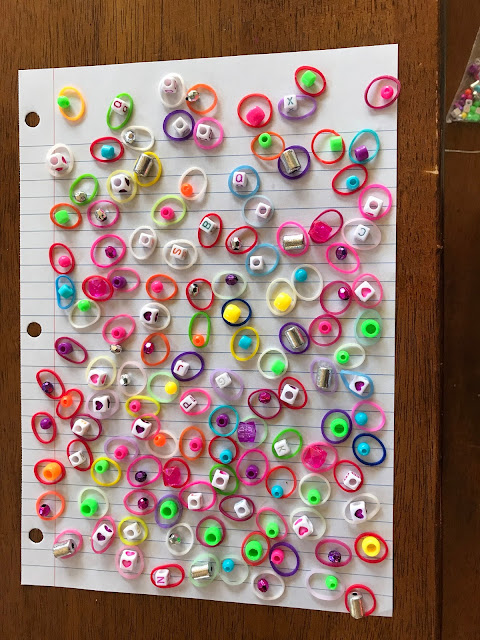 (Her most recent "project")

How in the world is she five? I watch her long legged five year old body walk down the stairs each morning, and every day I am surprised that she so big. It is almost like she grew over night.

We celebrated with a family lunch. I gave Ina the option of having a bigger party at a place we could rent, or having a smaller party and saving that money to go on a family outing, like an indoor water park. She chose the smaller party, but I had to find a way to make it special.  Glow in the dark basement for the win. 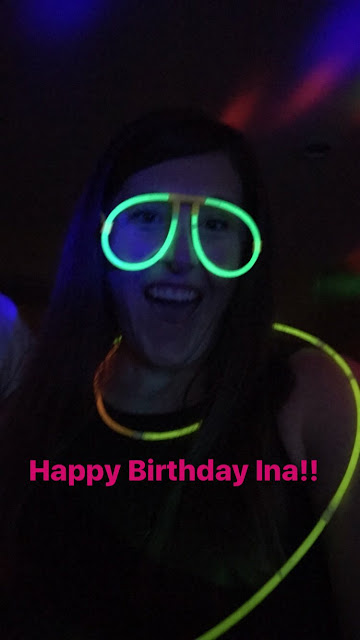 I purchased a few items on Amazon (glow sticks, light up balloons, a disco ball, and UV face paint), foiled up the window in the basement, turned on a kids Pandora station, pushed the couches to the wall, and called it a party. While the kids at the party enjoyed it, I think my favorite part was the family dance party that took place the night before. Cora literally screamed for 30 minutes straight in excitement and Ina and I danced so hard that we sweat through our clothes. Even Mira contently sat on the couch mesmerized by the lights on the wall. 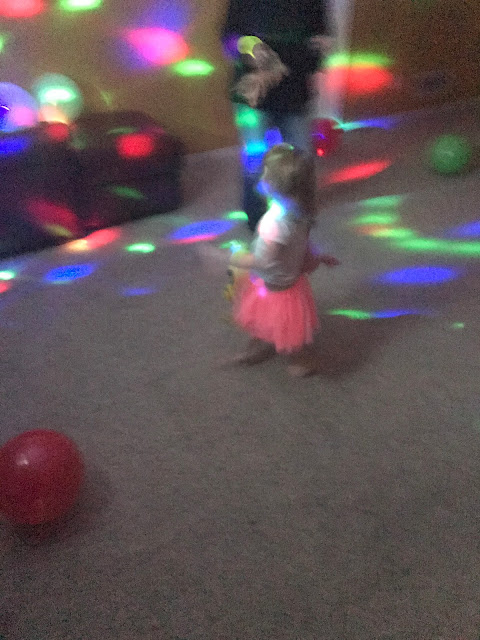 Supervising the paint area may have been a better idea, but Ina did love painting her cousins (and grandma's!) faces.

I kept the food so simple and made pulled pork sandwiches (<-- my favorite way to feed a crowd), slow cooker mac and cheese, a kale salad (kit from Aldi), and put out a few bags of chips. I ordered a few cookie cakes from HyVee and we were set!

My house is now covered in spare glow stick parts, still blinking balloons, new toys, and icing smears. A sure sign of a good time.

I go back to work tomorrow, and I hope to continue to post at least once a week, but judging how much time it will take to get out of the house in the morning, it might be a year before I post again. Ha!
Posted by Racheal at Sunday, December 03, 2017