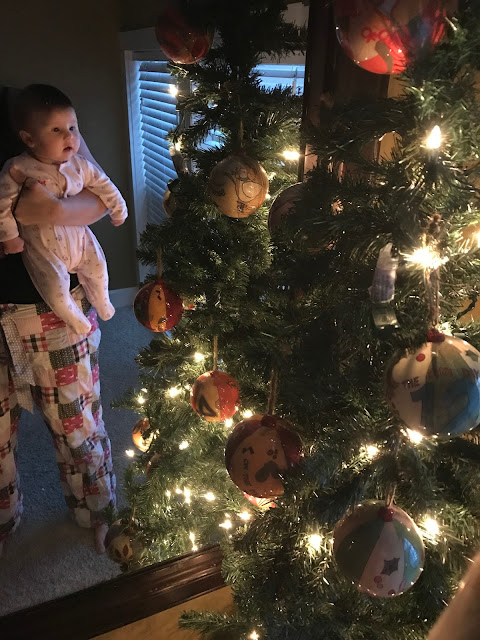 On Christmas Eve Eve slept in and then made breakfast sandwiches for breakfast and ate them while trying to finish up watching the previous Star Wars movies. We eventually packed up and headed to the theater, making a quick stop to buy some candy. 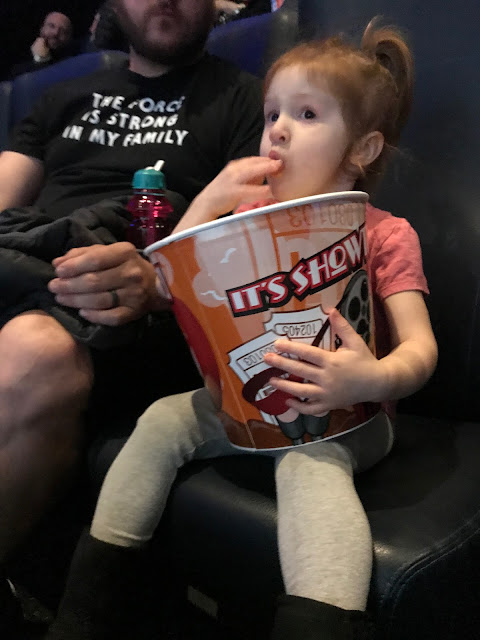 Some might say that taking a loudly questioning five year old, a clingy, missed her nap, two year old, and an infant to a 2.5 hour movie is crazy. I am sure most of the people who gave us wide eyed stares around us would agree. However, thanks to popcorn, candy, my nursing cover, and room on my lap for two kids, we were able to (mostly) enjoy the movie.

After the movie we went home for a little bit before venturing out again to Deanna Rose for their Christmas light barn show, which we enjoyed for about 4 songs before Ina announced that she needed to use a bathroom. Immediately. 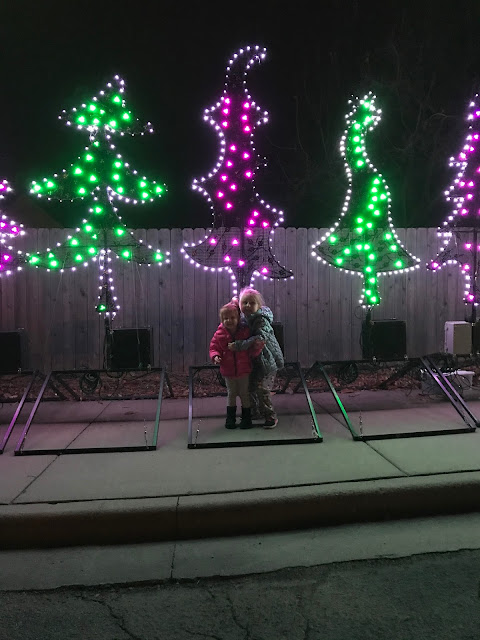 After a gas station stop we started to drive around to look at Christmas lights, but the girls all fell asleep before we reached the first house.

We woke up Christmas Eve to SNOW! I didn't know this was even a possibility, so what a surprise it was. As soon as the girls woke up, they donned layers upon layers to go play. 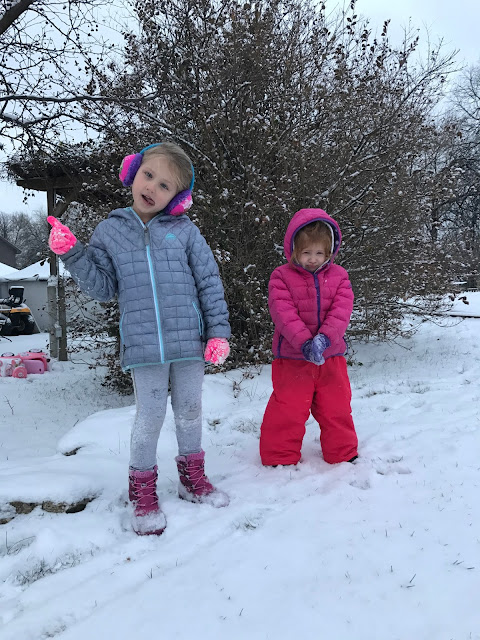 Ina, who unfortunately had the thinner gloves, was ready to go inside for hot chocolate after approximately 2.5 snow angels. 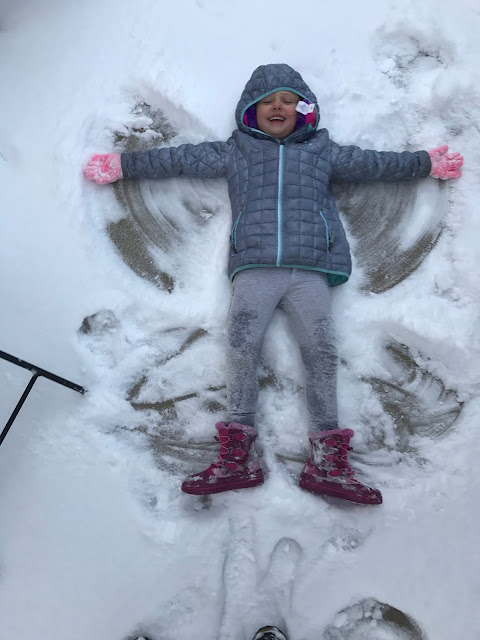 Cora, on the other hand, decided she loved snow more than life itself and refused to come inside despite offers of cartoons, chocolate, and warmth. 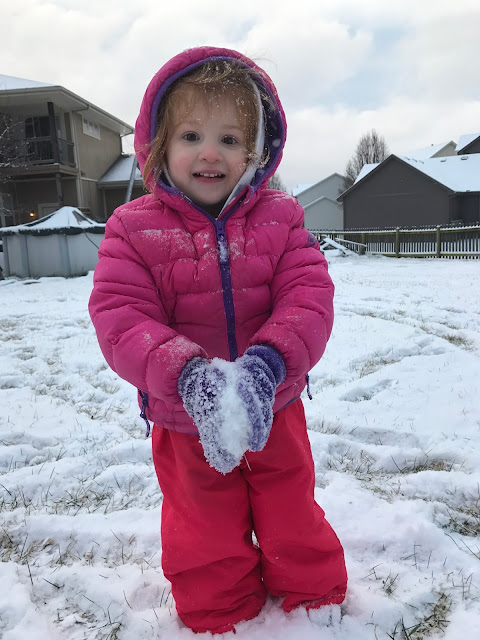 She kept on telling me to "play in the snowing!" She would run around to find a fresh pile of un-tainted snow, give me an innocent look and ask, "Can I?" and after my permission would shove both hands in and scatter it around.

She also loved going down the slide, or at least I think she did, because every time she flat out landed at the bottom pile of snow she would ask, "Was that fun?!?"

We eventually drug her inside to get ready for church, where we listened to a great sermon on Help from Heaven and sang some beautiful worship songs.

After church we came back home to lounge, watch the Chiefs game, make jalapeno poppers and chicken wings, and enjoy some time as a family. 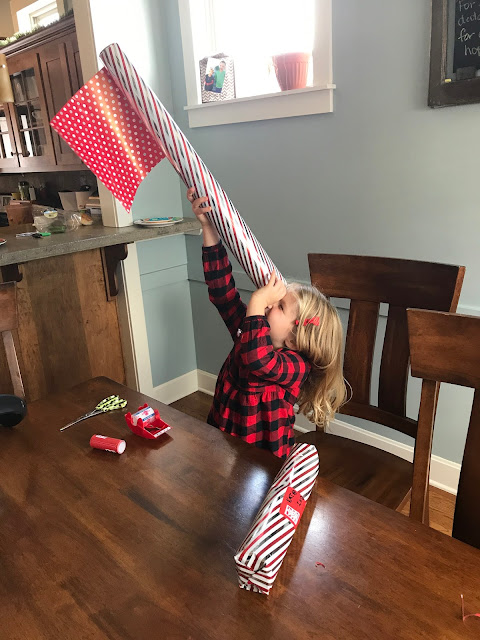 After the last present was wrapped and Cora finished her nap, we loaded up and headed to Grandma Frankie's house where we Dan and I feasted, the older girls played with the boys, and Mira was passed around like a baby doll. 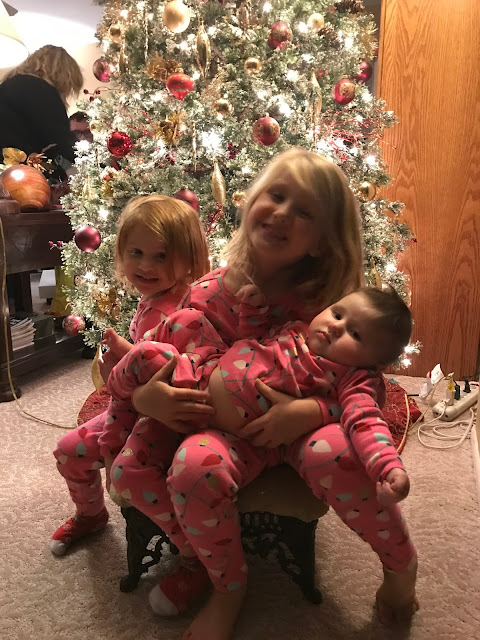 We came home just in time to lay out cookies (and chapstick, on Ina's request) for Santa, who left the girls a scavenger hunt with clues that led them to a plasma car and a scooter. (Partially assembled, because Santa was tired and couldn't find a 17 mm socket wrench.) 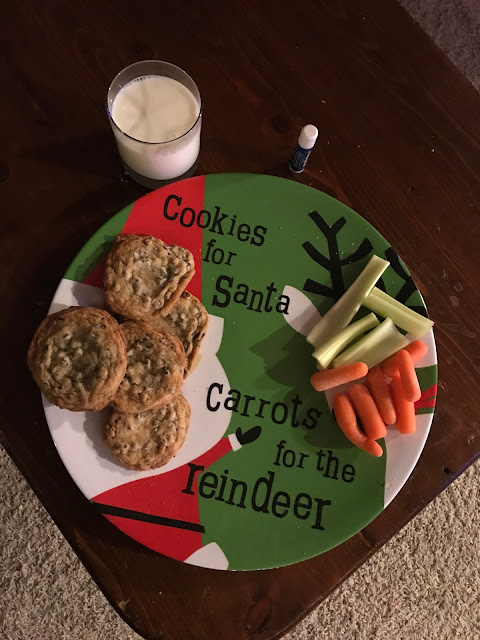 Granny came over before the girls woke up and was so excited to run upstairs and tell them that Santa came! 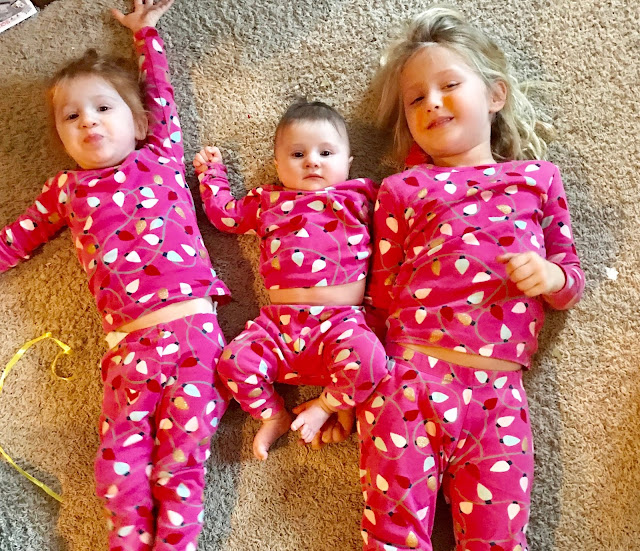 After opening presents and stockings at our house on Christmas morning, we headed to my Grandma Beverly's house to celebrate Christmas with my mom, grandma, and aunt. We ate a delicious brunch and were all spoiled, especially the girls. Ina even received her beloved Hatchimal. 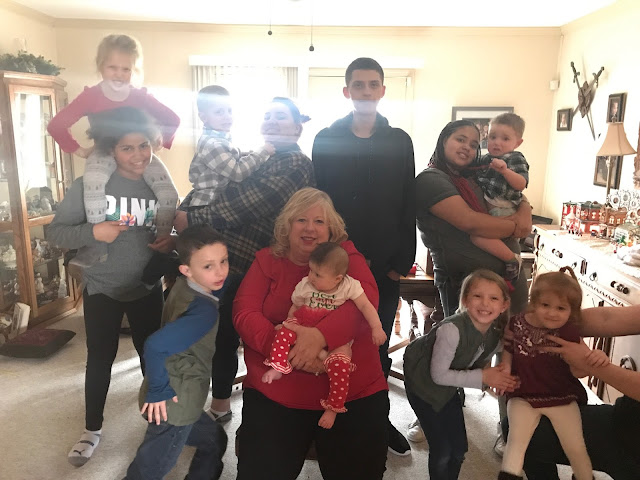 After my kids had sufficiently destroyed my grandma's house, we left and went to my other grandparents' house where we celebrated with my dad, my family from Texas, and my grandparents. The children were once again spoiled and the adults had fun playing games. We played some new to me games that I loved. (Anoimia was so fun! What do you Meme? was also fun, but best played when children aren't listening). 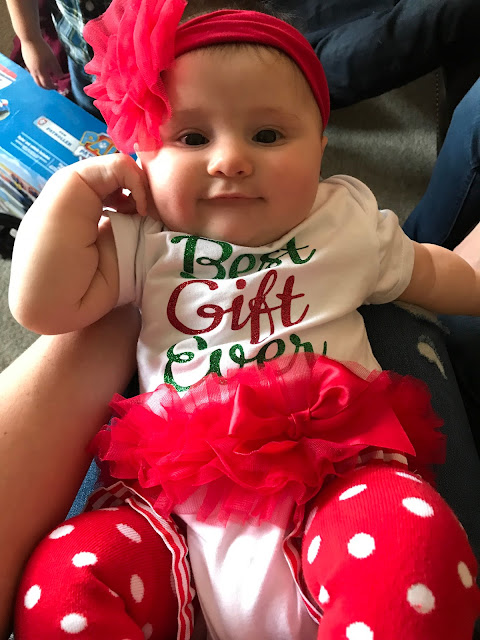 Ina stayed the night with everyone staying at my grandparents' house while Dan and I drove the younger girls home.

I am now typing this to void the disaster that is my house. I mean, disaster. Memories take precedence, right?

I hope your holiday was just as fantastic. <3