Hey there! Remember me? The long(er than usual) silence around here was because we drove across the country to Hilton Head for a family vacation and just pulled into our driveway last night. 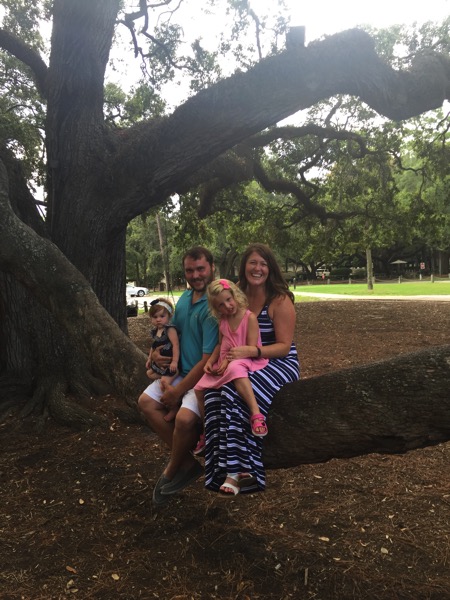 We took two days to drive there and two days to drive back, stopping in Nashville to rest for the night on both journeys. The girls did absolutely fantastic in the car and although it messed up their nap/sleep schedule, never once did I wish we had flown instead. Seeing part of the country I had never seen before via car was great and it was some forced, close quarters, quality family time. 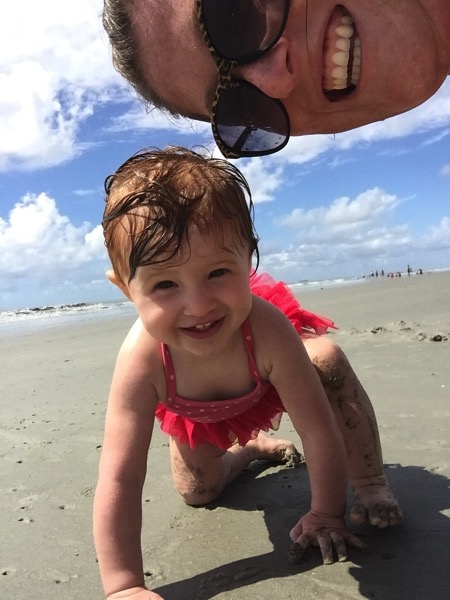 -Reaching the beach and Ina plopping down to dig as soon as we reached the sand with the ocean 20 feet away. Apparently to her sand >>> water/waves. 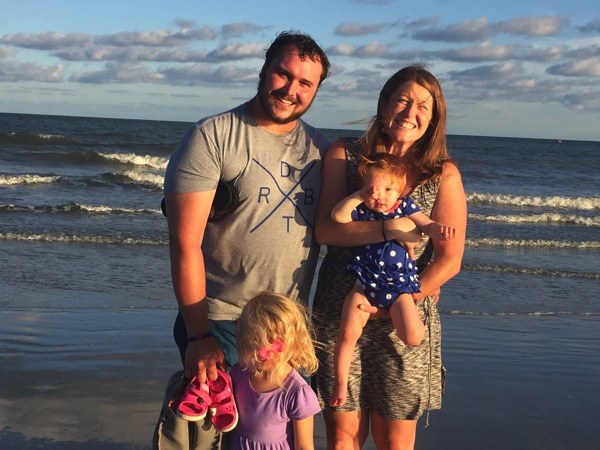 -Cora’s face off with a bird. Cora loved the birds on the beach and there was one that would let her get very close before it skittered off a few feet and then would wait for her to get close again. I think that if I didn’t rescue her she would still be there trying to get that bird. 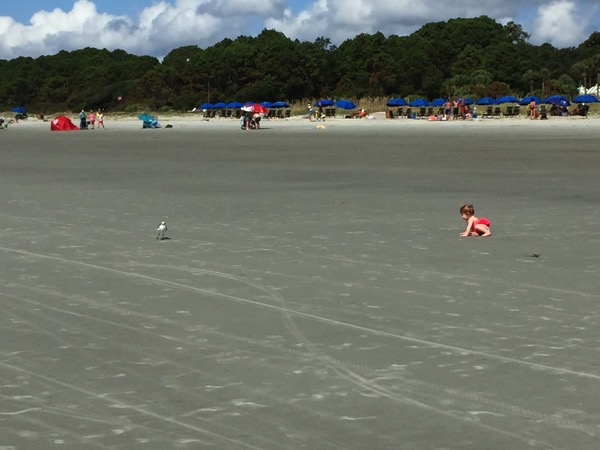 -Getting to know our friends The Nash Family even more. We were so excited to have them go with us and make some memories together. 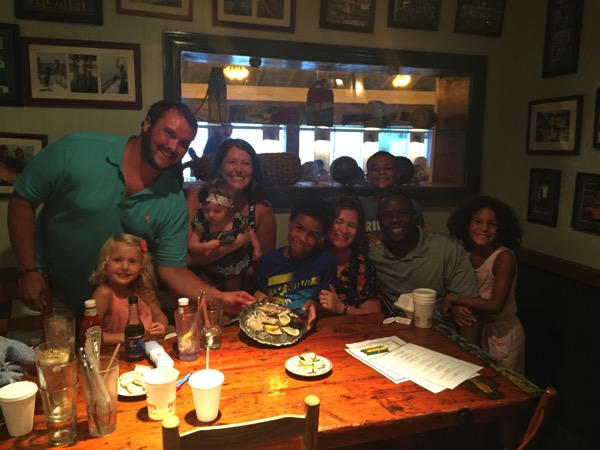 -Eating at Hudson’s (a great seafood place) and watching the kids try new food. Oysters, clams, shrimp, etc. It was so fun.

-Speaking of eating, we ate many good meals at the hotel room. We love having a fully stocked kitchen on vacation. Breakfast FTW. 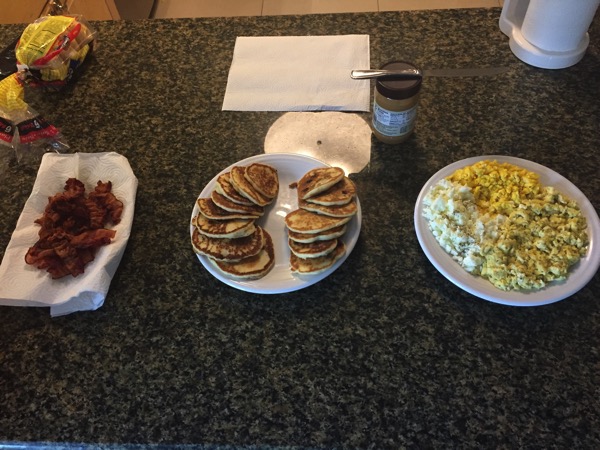 -Building sandcastles and burying the girls in the sand (after multiple Ina requests). 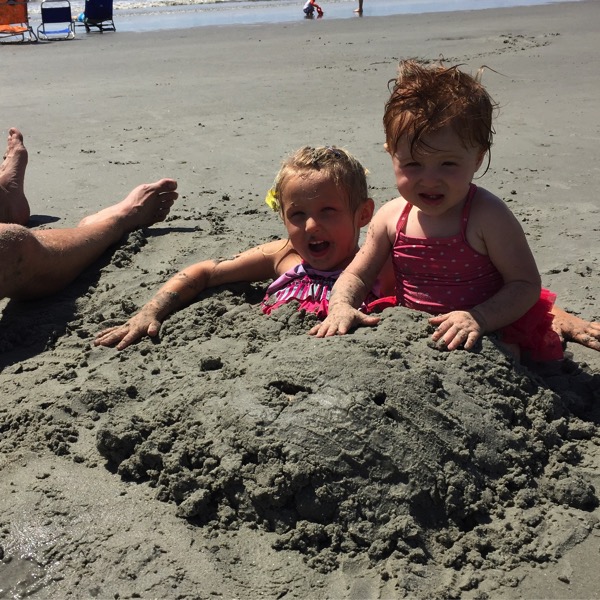 -Waking up and drinking coffee while looking at the ocean. My absolute favorite thing to do.

-Dan and I had a date night that had not one, not two, but three fails with restaurants being closed, not serving food?, etc. Regardless, we still had a great time with adult conversation and were so thankful to the Nash family for watching the girls. 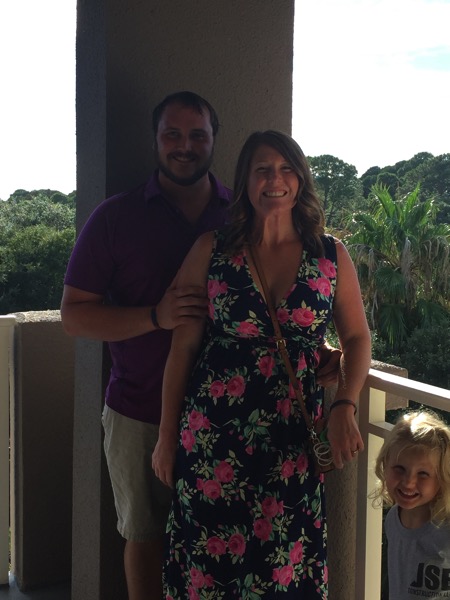 -Dan throwing the kids in the pool. Over and over again.

-Swimming with Ina and pretending to be different water animals. 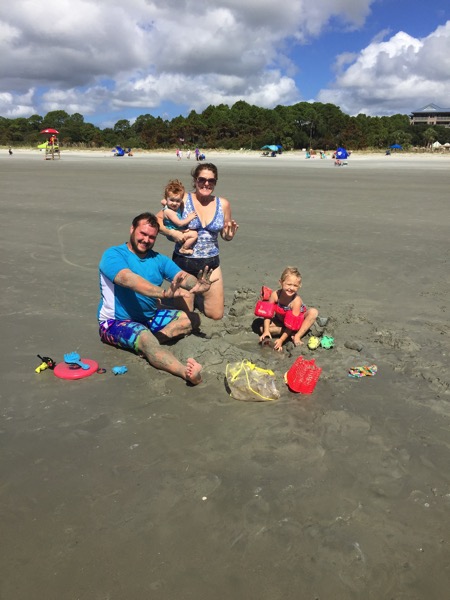 -Cora loving playing on the stairs of the pool and her diving into the water multiple times. That girl has no fear when it comes to water. -Going on a night beach walk that turned into a night beach swim in our clothes and involved racing, cartwheels, and lots of laughs. 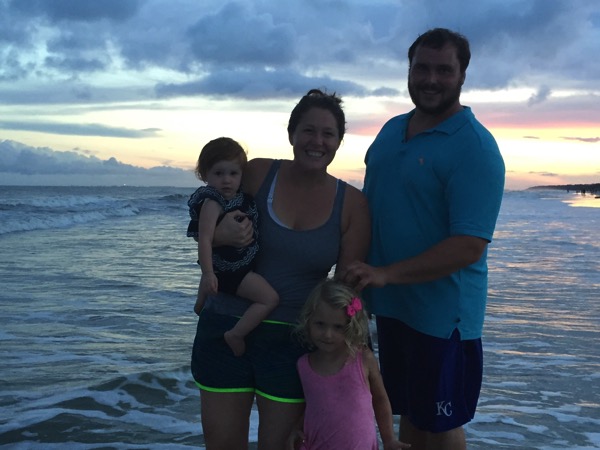 -Climbing to the top of the lighthouse. 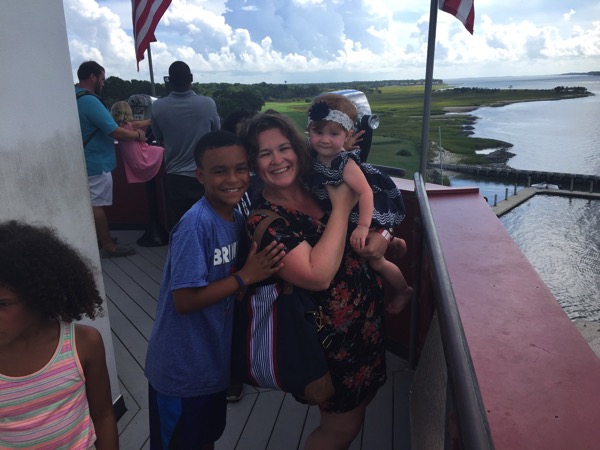 -Enjoying a pirate cruise that was real though that Ina was legit scared during parts and took the job of spraying Stinky Pete down with a water cannon very seriously. 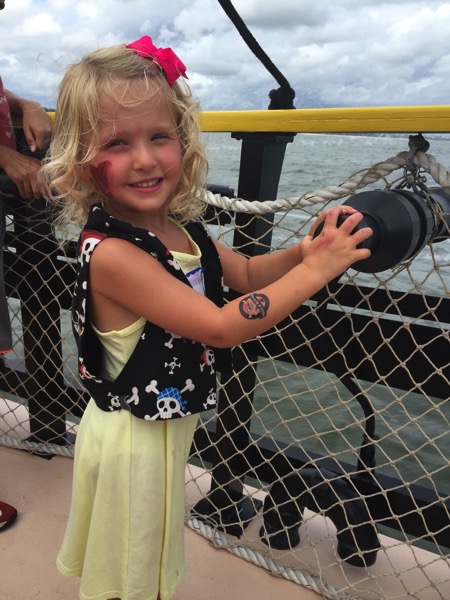 -Listening to Gregg Russel sing some pretty funny songs and watching Ina raise her hand to every question he asked. Ex: raise your hand if your parents are weird. 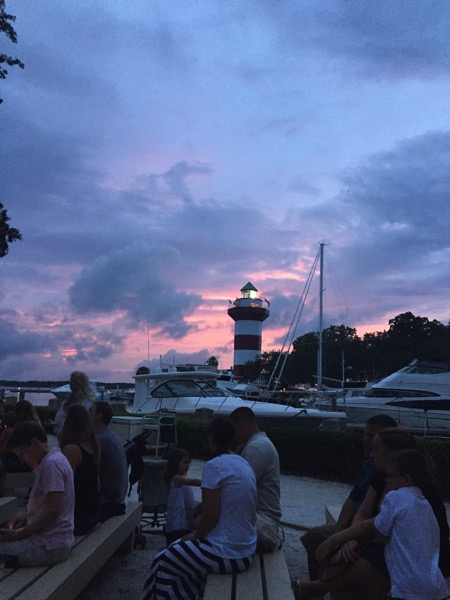 -Ina and Cora wrestling on the bed of the hotel in Nashville, mostly because we wouldn’t let them be on the ground. The hotel was kind of shady. Note to self - deals online that seem too good to be true usually are too good to be true.

-We did have one not so good memory that involved ice cream and a full on family melt down, but other than that the trip was only good memories.

We had a blast, but are so happy to be home and ready to get into our regular routine again. I plan to see you tomorrow with my plan for the week!

Have a great holiday!