How was your Easter? Our’s was incredibly busy, but also very fun. Our church added an extra service on Friday night, so in order to make things a little less busy on Saturday and Sunday, we opted to go then. We went out to eat beforehand and apparently we were in such a hurry to leave the house that when I put Ina’s dress on I forgot to include panties. Surprisingly, she didn’t notice, or didn’t bother to tell me until she was standing on her chair in the middle of the restaurant and lifted up her dress to show me, along with everyone else in the restaurant.

We started Saturday out with a little cooking/baking/sprinkle tasting. 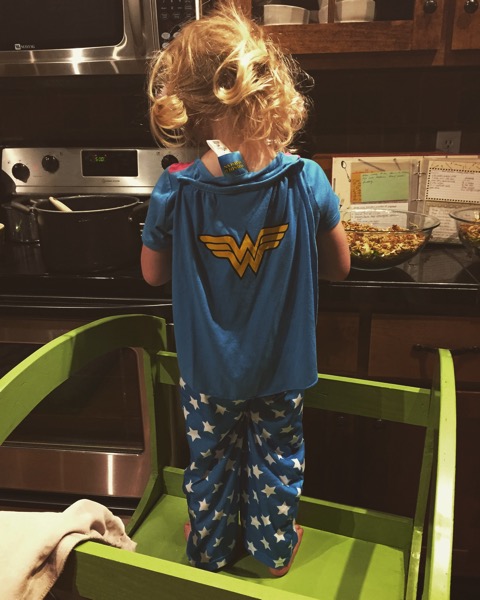 We had planned to go to the park for a picnic, but the weather had other plans, so we picnic-ed at our house. Even though I was stressed about everyone coming over, it ended up being fantastic.

Eventually the sun did come back out, just in time to head to my dad’s place for fishing and a bon-fire. 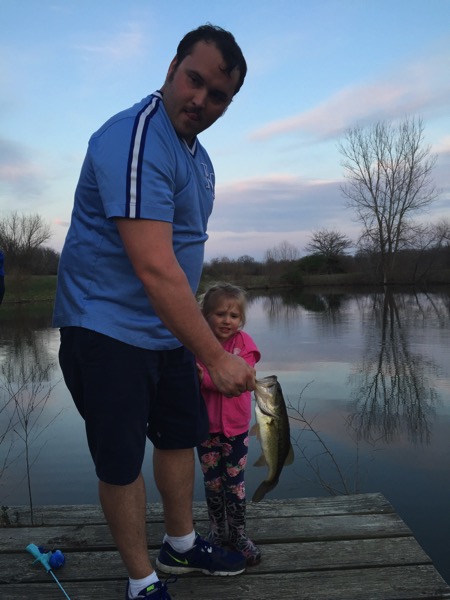 We caught 30 fish in less than an hour and transferred them to another pond on the property. Then we had a weenie roast and ate s’mores. 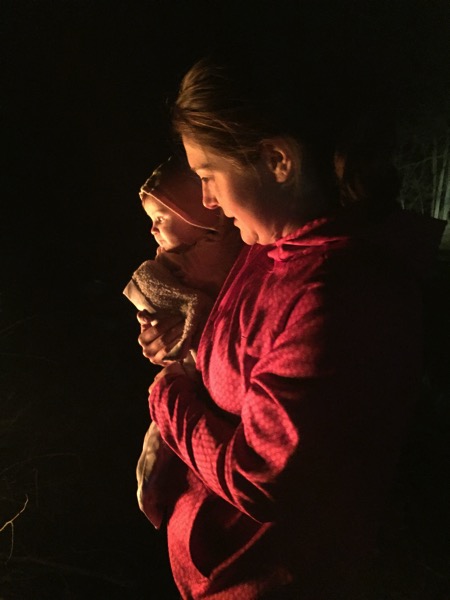 Note: I ate pretty much whatever I wanted and this was the first time I had done so since the detox and boy did I regret that decision all Saturday night. Never. Again. 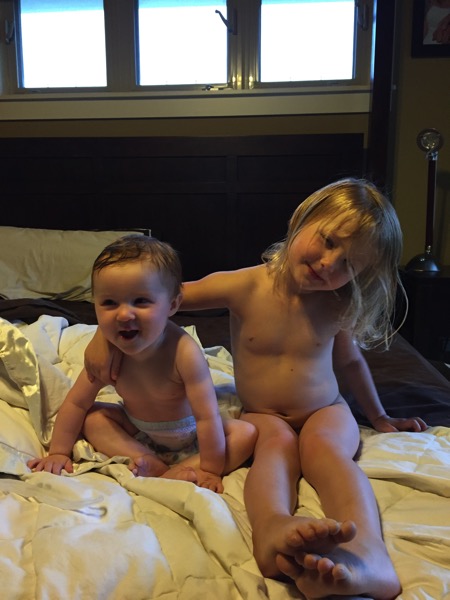 (Showers were required. The only picture I have of them together on Easter..)

We hurried to get ready and then hopped in the car and drove 2.5 hours to Jefferson City, where some of Dan’s extended family live. This was the first time I had been to their house and they were so nice and welcoming. They even hid Easter eggs for Ina and had gifts for the girls, which was so so sweet. We got home late Sunday night and have been playing catch up ever since.

On Saturday night my grandma fell and broke her hip, but is recovering wonderfully. I tried to take the girls to the hospital to visit her last night, then realized that I didn’t have shoes or a jacket for either one of them abut half way there, they were both covered in their dinner, it was only 10 minutes away from Cora’s bedtime, and I still needed to buy some pull-ups for Ina, so I just turned around and went home.

My grandpa is also still in the hospital for breaking his hip, along with some other complications, so things are tense in our family right now. Lots of worry and hospital visits and healing prayers.

I hope you have a fantastic week. I hope to be back tomorrow with a little adventures in fermenting.