And the Kanasas City Royals win the World Series!

That moment - I slept through it. I slept through the fireworks and the postgame interviews and the celebrating. Well, unless you count me waking up to feed Cora an hour later, checking my phone, and yelling, “Dan, we won the World Series!” and then high fiving in bed across a sleeping Ina.

Although I am sad I missed it, that moment perfectly captures the season I am in right now. Perfectly.

So, you better believe that I wasn’t going to miss the celebratory parade. Poor Dan had to work, but Cora, Ina, and I hitched a ride with Danielle’s family. We decided to skip the bus system, because it sounded too complicated with 4 children, and instead try to find a parking spot.

We left 3 and a half hours before the parade started, and found a 2 hour parking spot 2 blocks from the parade route. As it turns out, tow trucks were busy towing cars that were left in the middle of the interstate, so we were good to overstay the limit by a few hours. 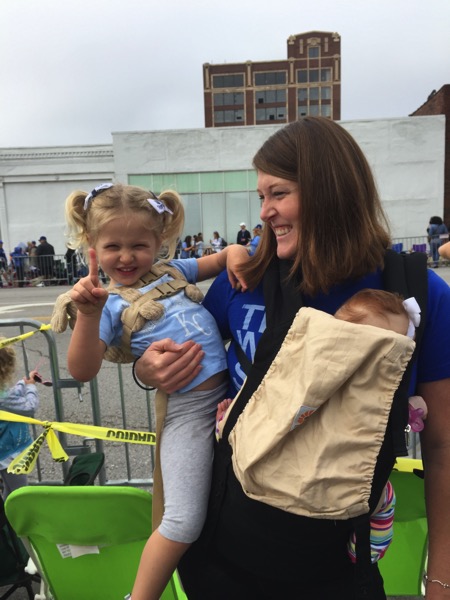 We found a spot 2nd in line on the street and waited for 3 hours. The kids all did great. 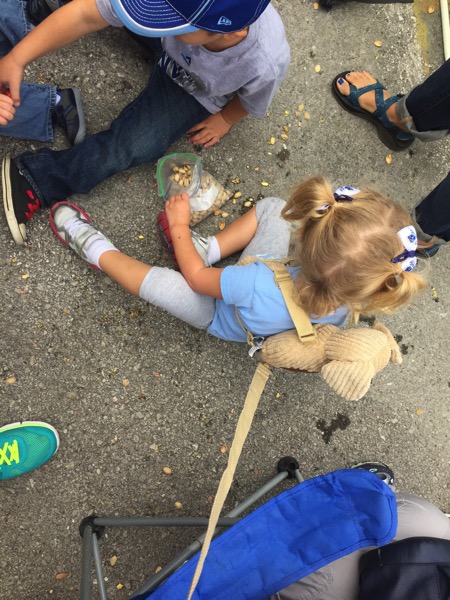 Ina wore a leash and I learned that pistachios are the best snack when entertainment is also needed.

Cora slept almost the entire time in the Ergo. 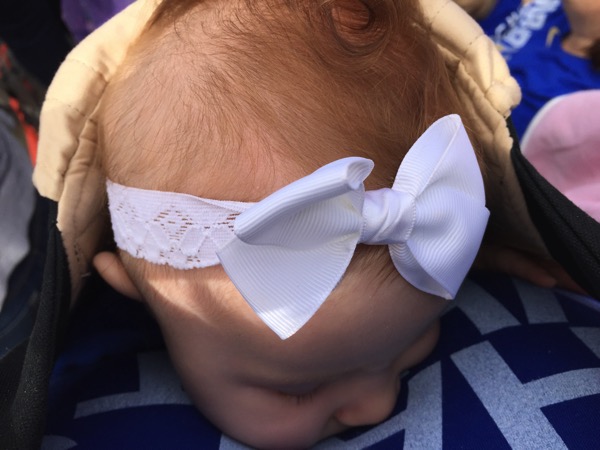 And it was so completely worth it.

Watching the players with their families.

Hearing Ina yell for Slugger and her boyfriend Eric Hosmer. 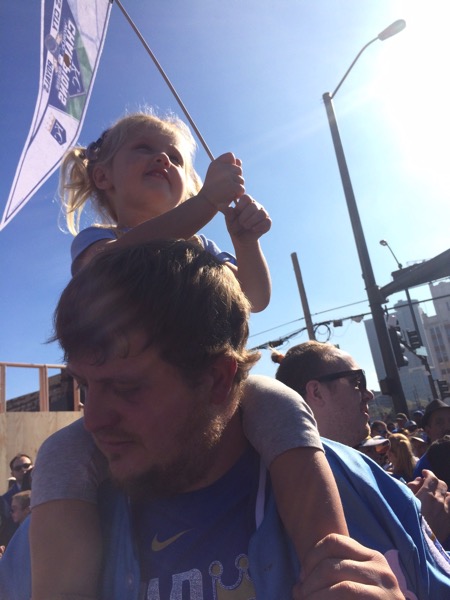 Feeling our city come together, by the hundreds of thousands, to celebrate this awesome time in history. 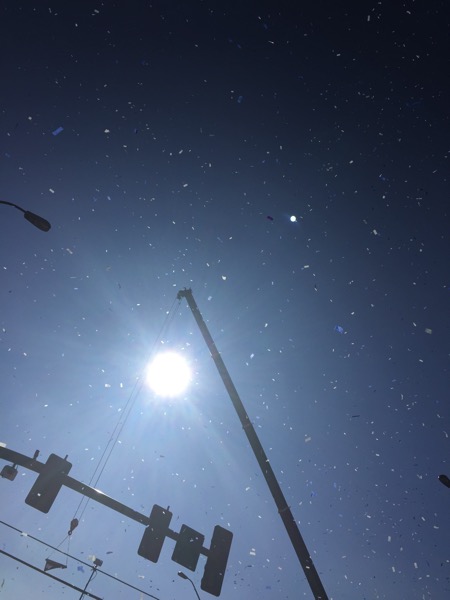 I feel so blessed that I was able to be a part of it.

Until next year, boys in blue.