So many things to be thankful for today:

I am thankful for technology.

Yesterday Cora and I hit up Costco to pick up some light bulbs (and still somehow spent $100) and I had no idea which ones to get. Instead of texting Dan pictures or trying to read him the package on the phone, I used FaceTime. 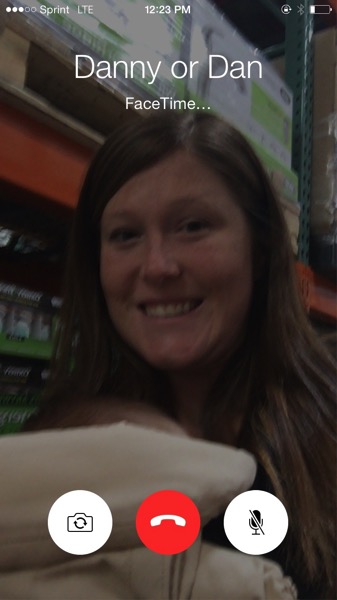 I am thankful that I am cleared to exercise again!

Yesterday my midwife told me I was golden. Of course, I wasted no time in waiting to go for a run. Cora and I ran to pick Ina up from Danielle’s and then I pushed them both back home in the double BOB. 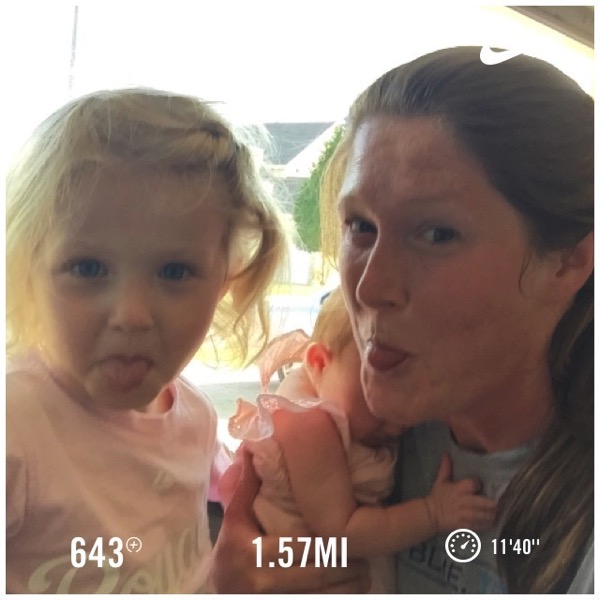 When I first started, it felt awkward and jiggly. I was out of breath in no time and even though it was slow (for me) and short, that run felt so, so good. I was also in such a good mood for the rest of the night. I almost forgot what endorphins felt like.

I am thankful that Cora is starting to feel better.

Or at least not cry as much. I suppose all it took was for me to break down and call her doctor, because since then her symptoms have improved. However, I have also drastically cleaned up my eating the past few days, and we try to sit her up whenever we can (and sometimes she slowly falls down, as pictured above). Dan still wants me to take her today to talk about acid reflux, because she is still gagging and swallowing a lot and she still has many not happy moments, just not near as many as she was having.

I am thankful for Dan’s grilling/smoking skills. 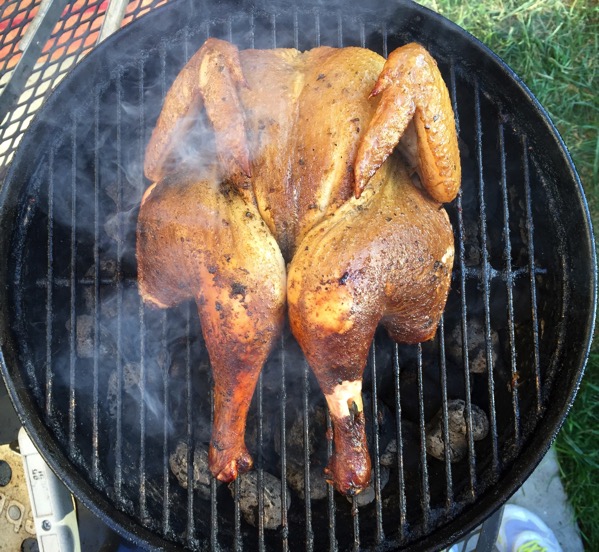 We acquired 15 chickens from a local farmer and last night I spatchcocked the chicken, marinaded it in olive oil, vinegar, and some spices, and Dan put it on the grill while he mowed the yard.

Served with smashed potatoes and roasted okra, both of which I picked up at the Amish market, this meal was completely locally sourced and absolutely delicious.

I am thankful for sisterly love. Last night Ina told Cora, “You’re my best friend ever!” I know that this mushy kindness isn’t always going to be the case, so I am soaking it up now while I can. 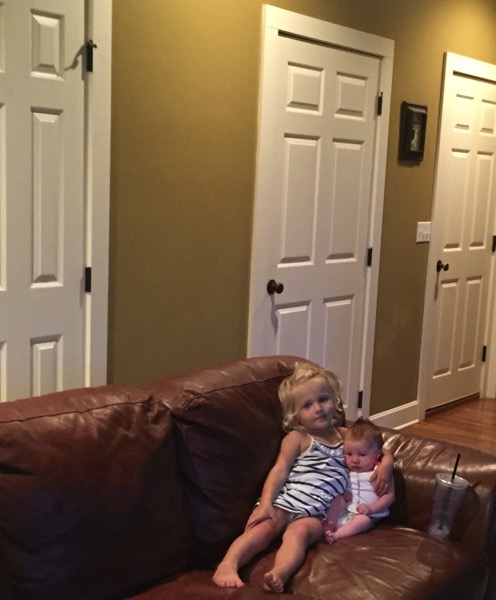