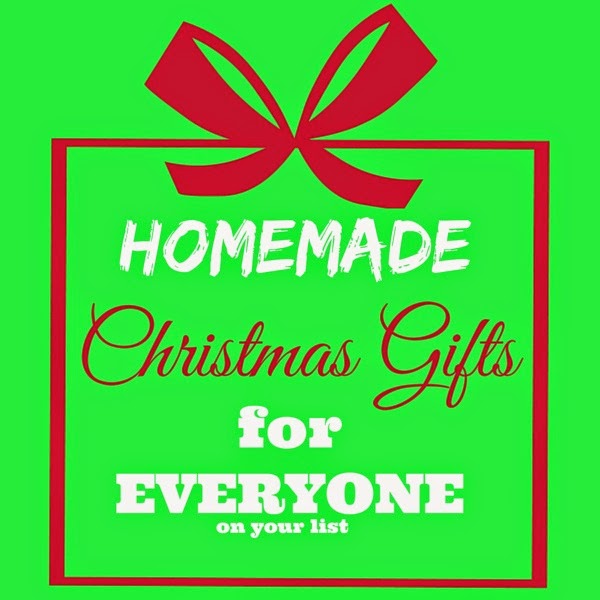 Last year around this time I had a baby, a husband who was recovering from a hip replacement, was planning a first year birthday party, and somehow had the genius idea that I should make all of my Christmas presents. I may have actually been certifiably insane.   I think the lack of sleep and nursing hormones combined to create an invincible feeling that I could do anything I wanted to.

In many ways I am so glad I did this.  Giving a homemade gift can be more personal than giving a store bought gift.  The reactions really were great and I could tell people appreciated their gifts.  I should also say that we saved some money, but at the end of the day time is money, and time I most definitely did not save.  So, full disclosure: I will not do this again until my free time increases considerably.

However, if you want to tackle a DIY Christmas (bless your heart), who am I to stop you?  In fact, instead of stopping you, I am going to give you a list of ideas to make it happen.  God speed.

Second, all of these ideas were found on Pinterest and pinned to this board if you want to re-pin anything.  Also, I would be happy to answer any specific questions you have about any of the items.

For women: magnetic make-up board 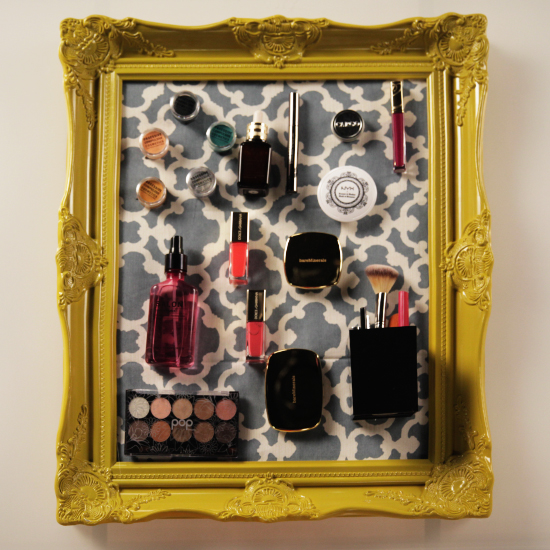 Video tutorial here.  I made one of these for many women in my life and myself and I use mine every single day.  I love it and it has made my bathroom look so much more organized.  I also added a few picture magnets of our family to make the board a little more personal.

For kids: roll up lounging pads Unfortunately, the website with this tutorial is now private.  However, there is a similar tutorial here.  This was probably my most stressful gift because I had no idea how to sew.  My beautiful friend Kim helped me and we busted out 6 of those suckers in record time.  Click here for a similar (no-sew) project.

Tutorial here.  This also takes a lot of time, but if you have the right pictures and the right person, this gift can mean so, so much.  My grandma had a lot of picture slides of my aunt and my dad when they were kids, along with pictures of her parents (their grandparents) and them.  Dan and I had a blast going through all the pictures to make the lamp, and even more fun watching them re-live the memories when they opened the present.  If you don’t have slides of people you know, random pictures would be cool too.

For the family: silhouette kid pictures

Tutorial here. I made these both for my sister’s and brother’s family and I think they turned out pretty cool.  You could also make them of all the grandkids for grandparent gift.s  Tip: get the profile pictures during Thanksgiving dinner.

If you have kids, family members really just want pictures of them anyways.  I made a cell-phone cover, some picture collages, and stands.  My sister makes a calendar every year, which my family absolutely loves.  I use Shutterfly for these projects, and am very happy with the quality, customer service, and turn around time.

Other ideas I loved, but didn’t happen last year:

Do you have anything to add?  What is the best DIY gift you have given/received?