This is the first week of my fourth decade, so I plan to make it great.

But first, let’s talk about this triathlon.  I mean duathlon.

Dan, Ina, my mom, and I all arrived at Kill Creek Park about an hour before my heat was supposed to start, which seriously helped to decrease my anxiety.  I don’t know why, but I always think I am going to be late to a race, although it has never happened.

It was extremely foggy and cold, which made the lake look super inviting. 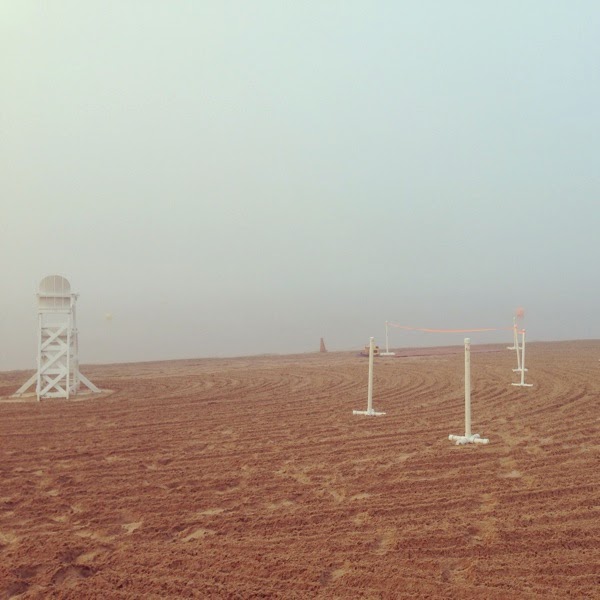 I set up my transition, kicked off my sweats and shoes, shimmied into my wetsuit, and went to get my tattoos puts on. 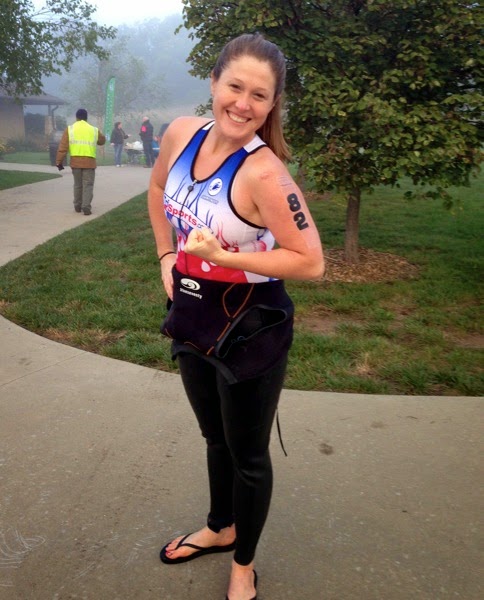 Thankfully my family was there, they took my mind off the cold. 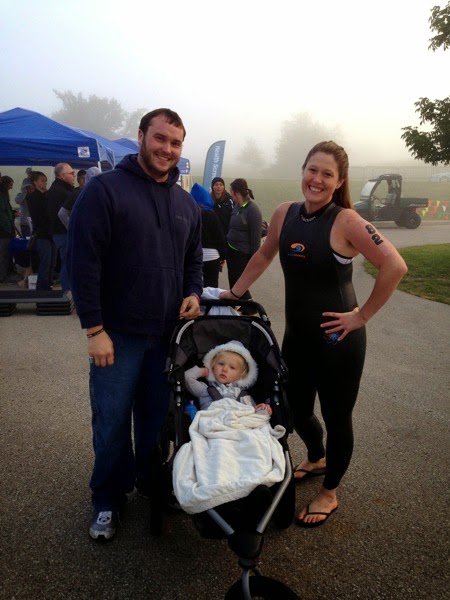 I was mentally prepared to dive into the water, when, five minutes before the race started they made the announcement that the swim portion was cancelled.  Apparently there is a rule about the air temperature and the water temperature relationship, and we weren’t even close to meeting the standards.  i was disappointed that we couldn’t swim, and a  little perturbed that they waited until 5 minutes before the race started to tell us.  I could have kept my real shoes on! 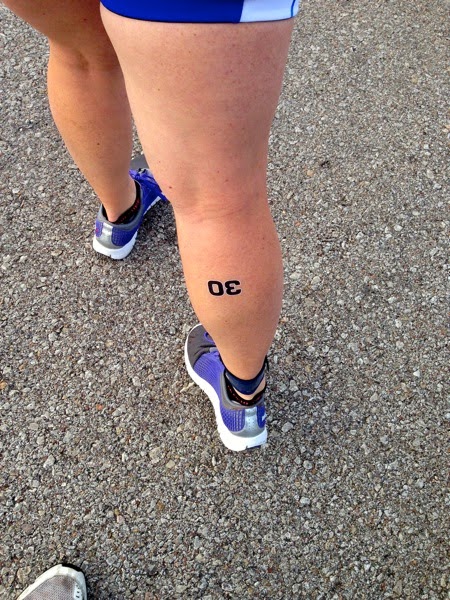 However, as soon as I started out on the bike I was oh so thankful that I was dry.  Going 25 miles an hour in 40 degrees with shorts on is not a comfortable feeling.  It literally took my breath away, so much that I thought I was going to get sick a few times during the race. 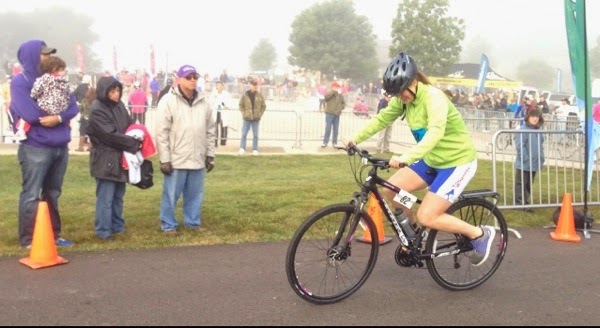 The bike went really well until the last mile which has two hills that I would like to forget (and probably will soon and sign up for next year’s race).

Dan and Ina were waiting for me at the end of the bike, yelling, “Yay Momma!”

I got into the transition, and per usual, could barely walk.  I took my time putting my bike up and adjusting my pony tail.

The run was great - I was chasing a girl in front of me and ran the fastest 5K of my life, which I probably wouldn’t have had the energy for if we had included the swim. 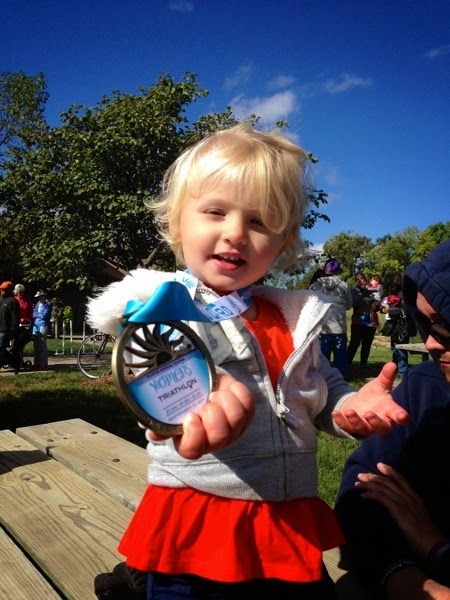 We didn’t stay for the award’s ceremony, but I apparently placed 3rd in the Athena division!  I also shaved over 3 and a half minutes off my time from last year, which was super exciting.

After the race we drove home, showered, grabbed some lunch, and headed to a wine festival to celebrate my birthday with a few friends. 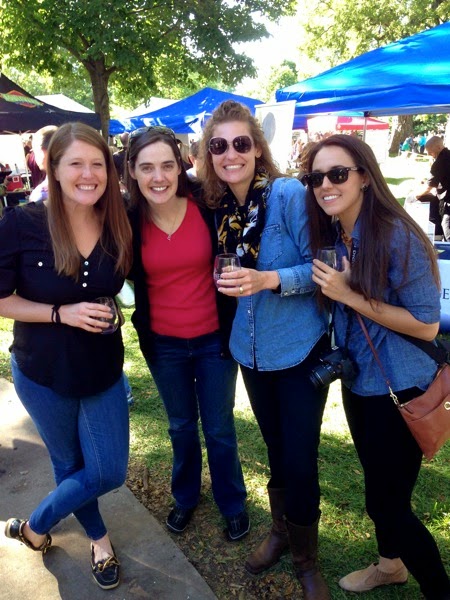 The concept of the festival was pretty cool.  There were over 20 wineries that each had a tent set up.  We rotated from tent to tent, and did a little tasting at each. 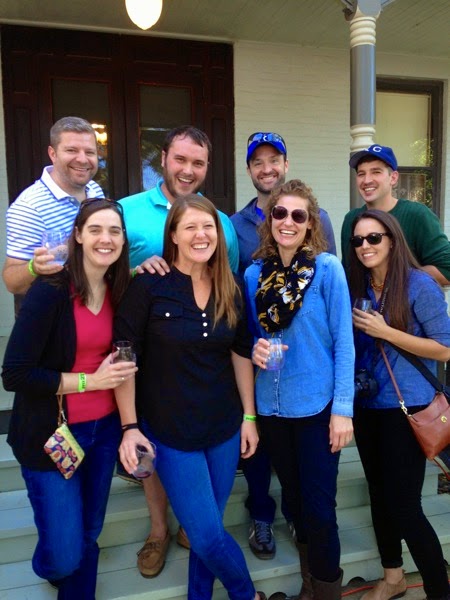 The experience was well worth the $25 ticket.

Yesterday we went to church and then spent some time relaxing at home. 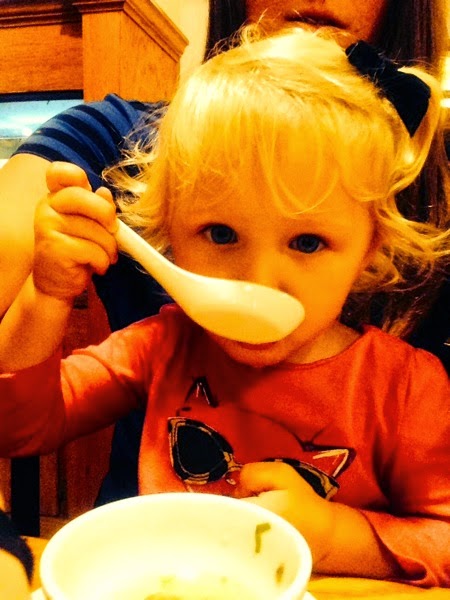 My family went to dinner to celebrate my birthday and my Grandma June’s birthday. 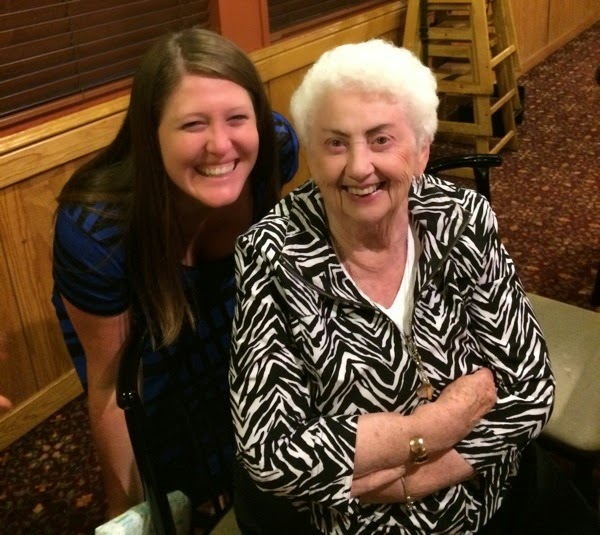 It was a really good weekend and made which solidified the fact that my 30’s are going to be pretty awesome.