Good morning!  I hope you had a great Tuesday!  Mine was spent mostly playing catch-up at work and at home.  It is so funny how a 3 night trip away from home can put me in such a whirl wind later.

Catching up from Part 1, after we had an amazing lunch, we primped for the wedding and made our way to The Carolina Inn where Meredith (the bride) was getting ready and where we caught a bus to the ceremony. 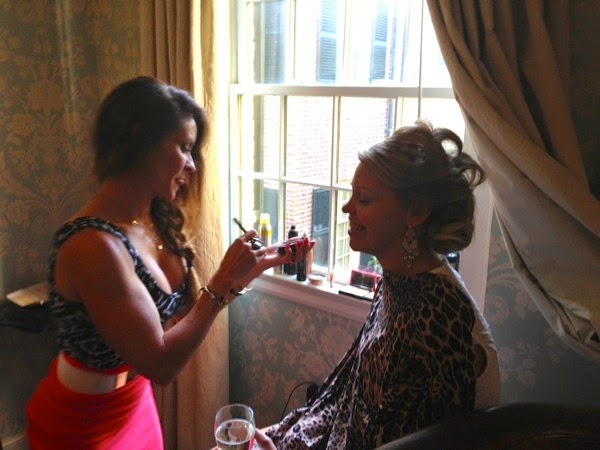 Noelia and I carried a wedding bag on the bus and found some party supplies. 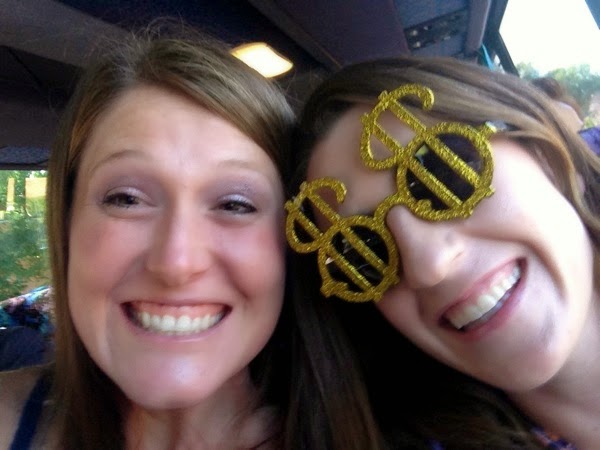 The wedding ceremony took place at Benjamin Vineyards.  As soon as we stepped off the bus we were greeted to a big tent filled with tables, chairs, drinks, and snacks.  I was so excited to get to say hi to some people I hadn’t seen yet at the other wedding events.  I really do miss these people!

After a drink, Noelia and I got to work handing out programs while guests took their seats. 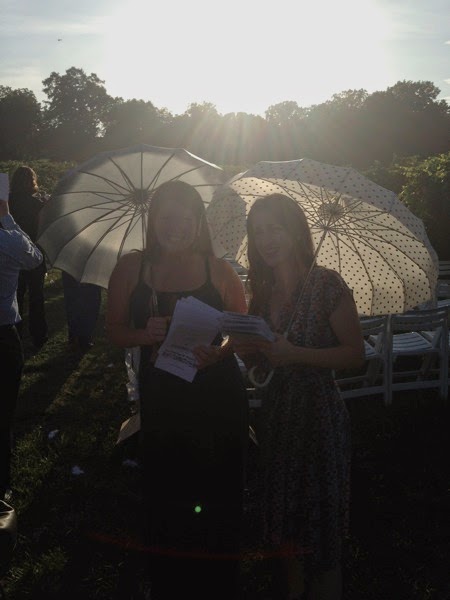 We took our jobs very seriously. As you can tell from the pictures, the sun was super bright that day and it was hot.  However, we didn’t let that bother us and before I knew it the ceremony was over and the bride and room were walking down the aisle. 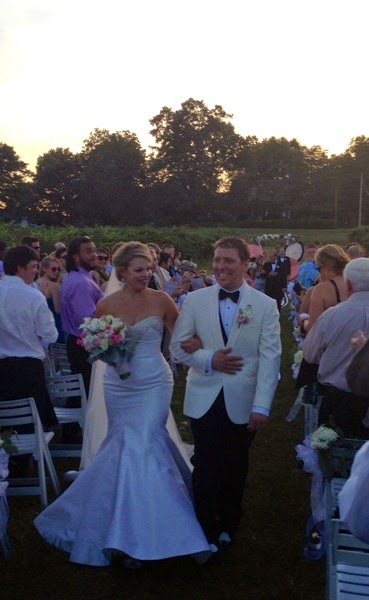 Doesn’t Meredith look like a movie star?  Chris was looking pretty dapper too.  And then there is Dan and I - Sweaty #1 and Sweaty #2. 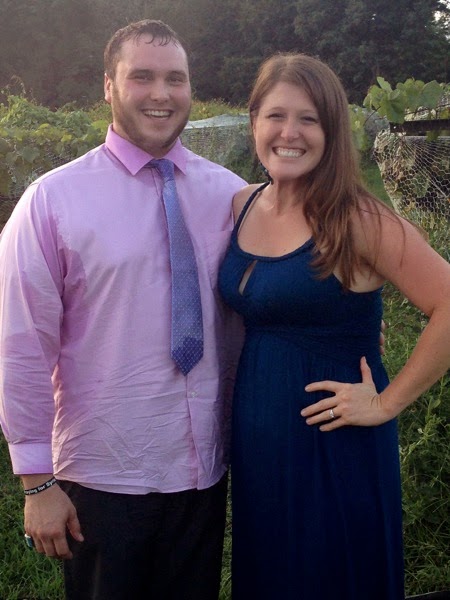 We caught a ride with some friends to the reception venue - The Haw River Ballroom.  This place was so cool (literally).

As soon as we walked in we were offered some appetizers and drinks. 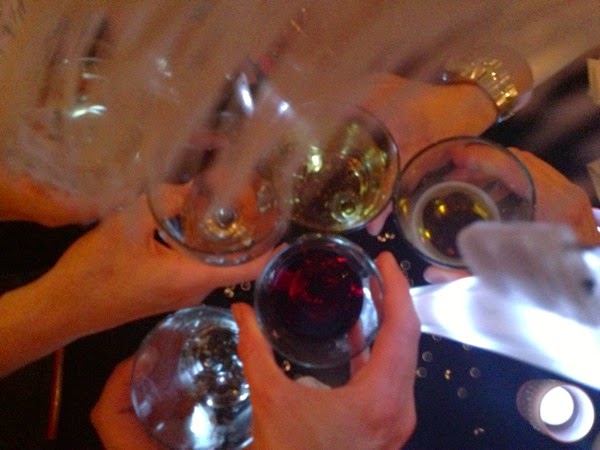 I really liked the way the food was planned.  Instead of one big meal, there were small plate “stations” around the ballroom.  My favorite was the beef tenderloin and collared greens.

After the food there were toasts, during which I listened to person after person tell stories about how amazing my friends are.

And then there was dancing. 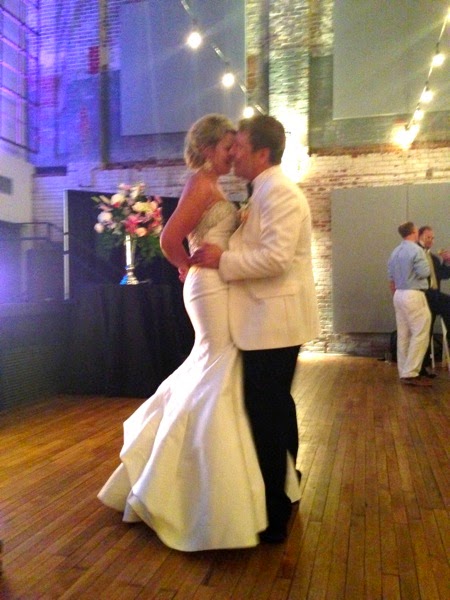 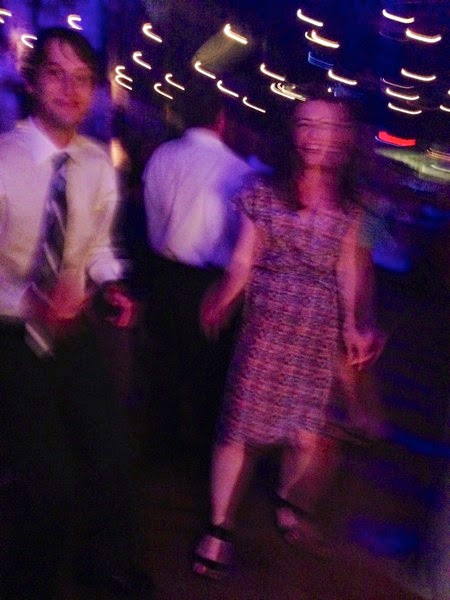 I had never been to a wedding with a live band, which is a shame, because they made all the difference in the electricity that was out on the dance floor. If I didn’t want to talk to so many people, I would have never left.

But you know me, Miss Chatty 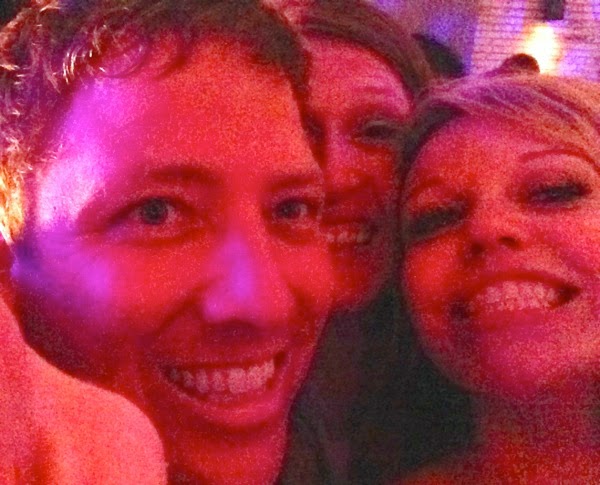 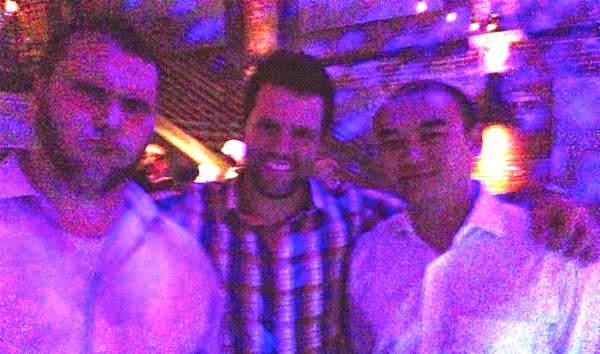 Dan told me later that he had never seen people have so much fun at a wedding. 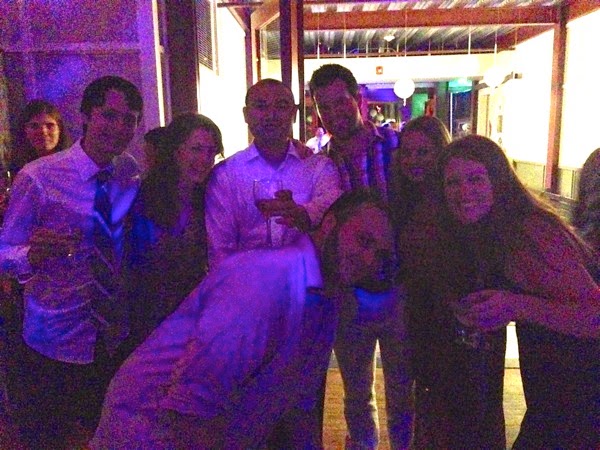 I think that is a true testament to how fun Chris and Meredith are. 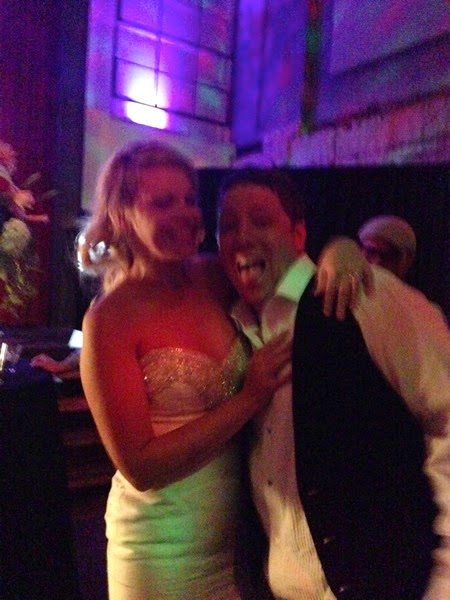 We (grudgingly) left with the last bus, caught a ride with Uber (<— have you tried this yet!?!) back to Noelia’s apartment, and then hopped on a plane a few hours later.

I still haven’t caught up on sleep.

Posted by Racheal at Wednesday, September 03, 2014