When to Take Kids to the Doctor?

Last night was rough.  (I wonder how many posts have started out like that since Ina was born?)

Ina came home from her grandparents’ with a 101.4* fever and acting like she didn’t feel well.  Once I gave her some ibuprofen, she went back to normal with the exception of not eating much dinner.

I should also note that I convinced her to take the ibuprofen (which has always been a battle) by calling it “princess purple juice” and pretending to swallow it and turn into a princess by twirling, twisting my hair, and singing.  She of course loved it and has never taken medicine so fast.  Oh the things I will do for that kid.

However, when bedtime came she wasn’t having it.  She just kept rolling around, saying, “ow” and “all done, night night.”  When I asked her what hurt she would say weird things, like her back (because my back hurt a few days ago) and her armpit (because she likes when I kiss her armpit).

As soon as the ibuprofen wore off she was awake again with a fever.  This time I gave her some ear pain drops and some ibuprofen, and she is finally restfully asleep.

So, the question is, and always has been when she is sick: Do I take her to the doctor?

I have taken her when I was positive she had an ear infection, and she didn’t, which wasted our time, the doctor’s time, and our $25 co-pay.  But I have also put off going for a few days, only to find out that she did in fact have an infection and I had been ignoring it.

I think the fact that I am a health care professional adds even more to my mental battle because I feel extra silly if nothing is wrong and extra incompetent if something is wrong and I ignored it.  One of my girlfriends who I went to school with bought an otoscope, so she could look in her son’s ear to see if he had an infection.  I think that is a great idea and will likely order one today.

I admit that I am a paranoid mom.  I don’t know if that is because of the way Ina was born, or if I would be paranoid regardless.  The first few weeks of her life I was ready to take her to Children’s Mercy more than a few times, for nothing.  Since that I have gotten better, I think.

I will leave you with a few random pictures from yesterday:

- My sunshine breakfast of yellow pepper, corn, eggs, and a peach.  Have you tried corn in eggs yet? 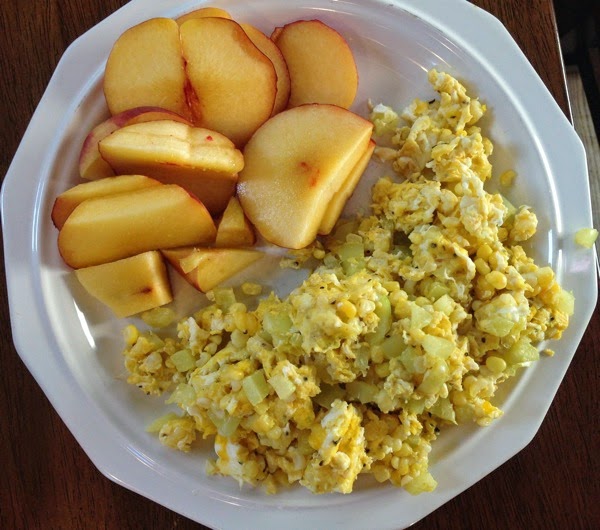 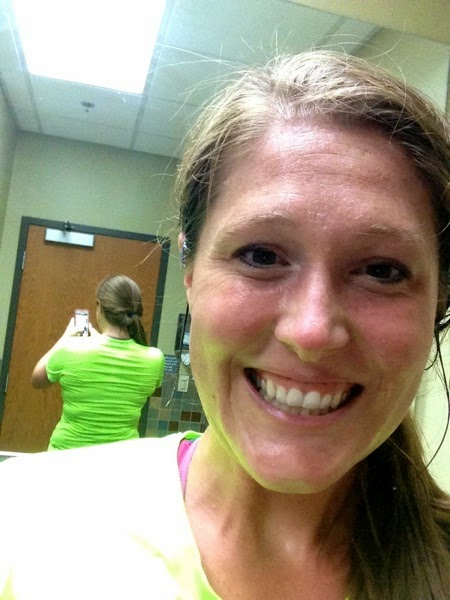 - Our dinner last night - I used this recipe, but instead of stuffing the squash, I just chopped it up into tiny pieces and made a casserole. 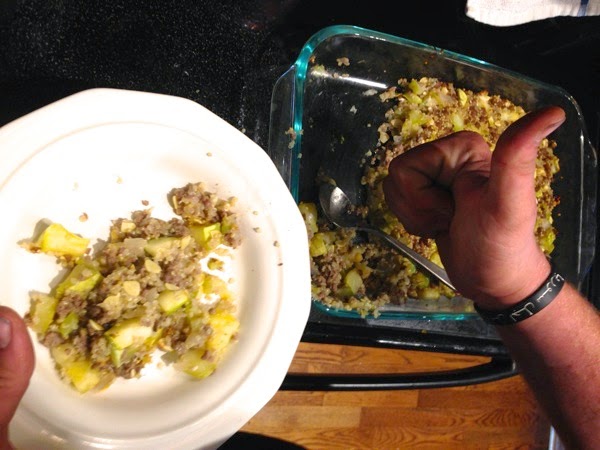 Dan was very skeptical at first and gave me the “what on Earth are you trying to feed me” look.  However, he took one bite and was a quinoa squash casserole convert.

- Ina drinking from the OJ container.  Hopefully she isn’t contagious? 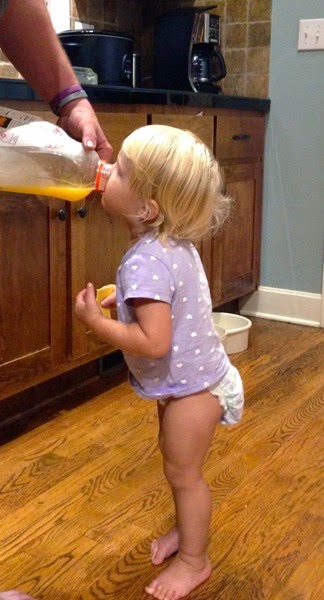 I hope you have a great weekend!