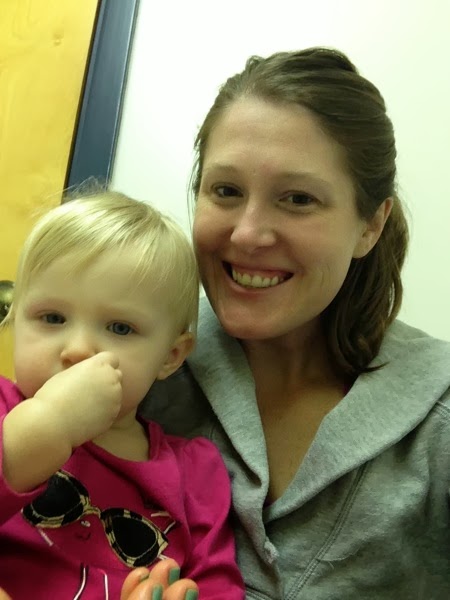 But at least this morning I knew the reason.  Poor Ina has an ear infection that has since moved to her eye and throat and now she also has pink eye!  She is also really congested and is having a hard time breathing, so I see lots of time in our “steam room” in our future.

She is on double antibiotics, ibuprofen, and Benadryl at night.   Fortunately, she loves to take medicine now and stands below me like a baby bird, sucking the stuff right out of the syringe.  The eye drops, however, she is not a fan of, and giving them to her is a 2 person job. 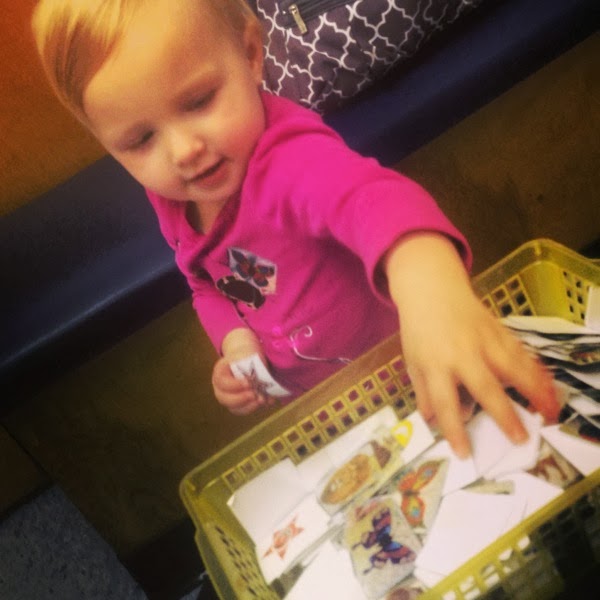 (Picking out stickers at the doctors office)

Her poor eye looks so pathetic.  Dan has started to call her Wonky Eye, or Wonky for short.

Although she is sick, Ina is just as funny as ever.

When we were picking up her prescriptions at the grocery store, Ina really wanted to give the cashier a kiss.   I tried to explain to her that not everyone wants to kiss a baby that has snot oozing out of her eyes and nose, but she kept on puckering her lips up.

Also, when taking a bath, she had a bit of an explosion.   I frantically pulled the drain to try to clean Ina off.  As the poo particles were swirling down the drain, Ina waved at them and said, “buh-buh.”

We had to cancel small group last night because we didn’t want any of the other kiddos catching what Ina has, but my in-laws came in a day early so they could watch Ina today.

Ina did sleep long enough for me to make a yummy supper - man pleasing chicken (easiest recipe ever!) with kale salad and mashed sweet potatoes (boiled peeled and diced potatoes, added almond milk and coconut oil and mashed together). 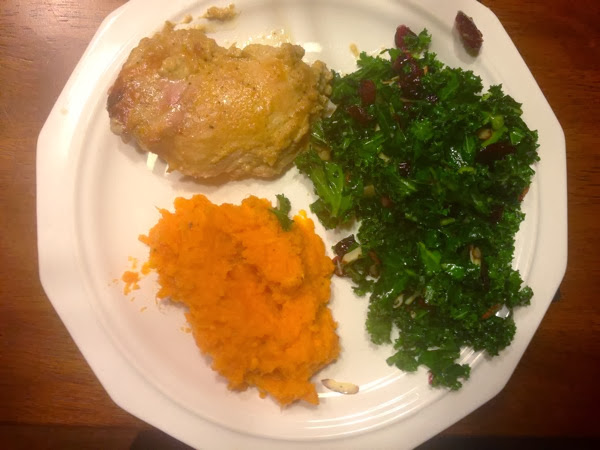 We were due for a good dinner and this one did the trick.  I liked the salad the best.  Dan liked the potatoes the best,  Papa liked the chicken the best.

Hopefully today will be the last day I talk about having a sick / sleepless baby.

Have a great hump day!