How was your's?  Dan and I rang in the new year by ordering Mexican food and watching Homeland. (I can't stop thinking about that darn show.)

Today I am thankful for: 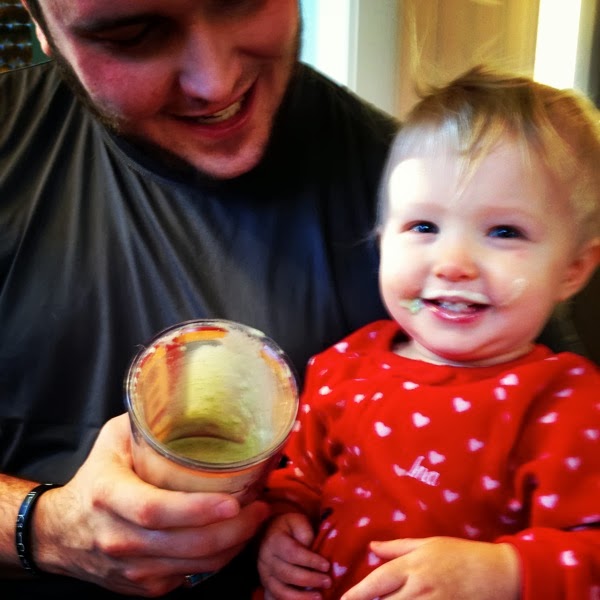 I made Dan a spinach, almond butter, frozen banana, and milk smoothie for breakfast, after Ina had eaten her breakfast, and she drank almost the entire thing!

- Ina's health.  Poor girl has been rockin' a monster of a diaper rash for the past week or so, and it is finally gone.  Whew. 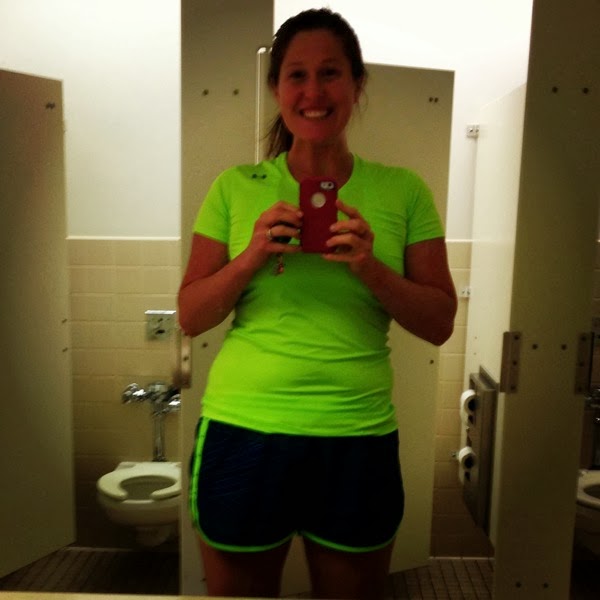 I usually don't say at all what I want for Christmas (I really like surprises).   However, this year, I did say that I wanted new running clothes and boy did I luck out.  I wore these to spin class on Tuesday.  While bright, they did not prevent my legs from almost falling off during the sprints-to-jumps intervals.  Yeow.

-  Some help with the laundry. 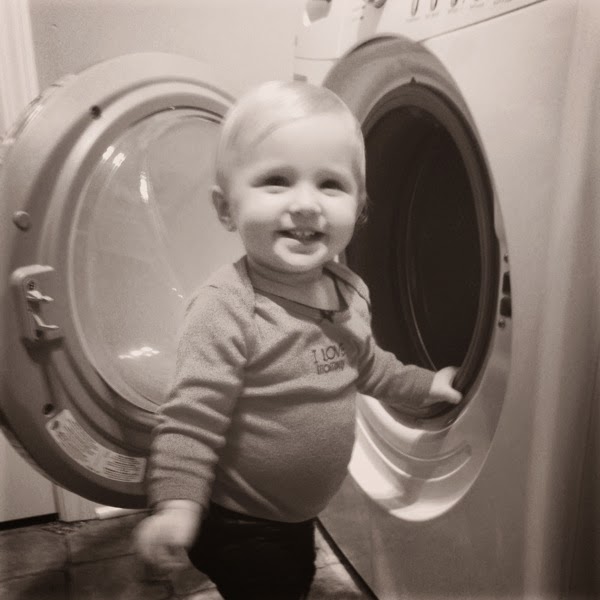 Now that Ina is walking like crazy, she toddles behind me everywhere and follows me into the laundry room.  She loves to press the button on the machine and close the door.

While I took that picture I said, "Ina, say Cheeessseee!" and she responded back, "eeeessseee!"

Then she kept on saying, "eeessseee!" and looking at me like, um, mom, why aren't you taking any more pictures?   This lasted most of the evening.

Poor girl is going to think every camera is meant for her. 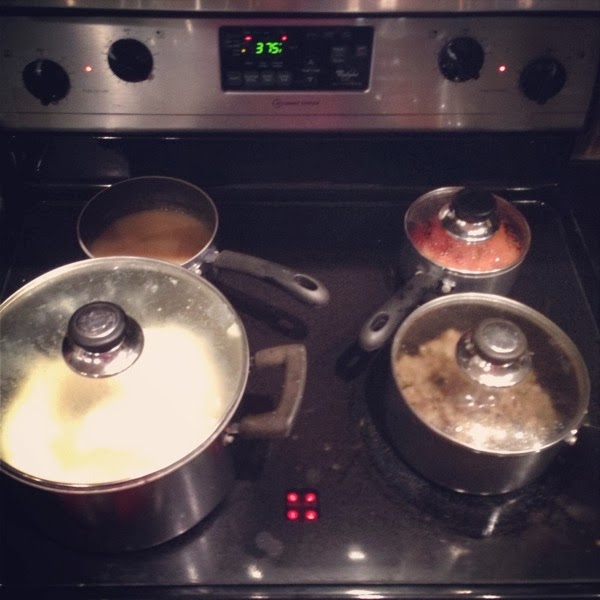 Usually I am a one burner kind of gal.  But, last night our number of dinner guests went from 2 to 6 in a matter of hours and I had already started the meat in the crockpot.  So, as the people count went up so did the number of sides.  It kind of felt like Thanksgiving dinner when I was done.

-A new year.  I love the feeling of starting fresh.  This year is going to start off really different, as I am 99% sure that Dan will start back to work on Monday.

I hope you have a great rest of the week!