I feel like the past few weeks of cooking have been a great success!  When Dan comes home and I tell him what we are having for dinner he gives me the questioning side eye.  However, once it is on the table, everyone is all smiles.

He comes by it honestly.  Yesterday morning, when I was prepping the chicken marinade for dinner, my mother-in-law gave me a skeptical look and asked, “You like to experiment a lot in the kitchen, don’t you?"

This might have offended some of you, but really, I can’t blame her.  The marinade was bright green. 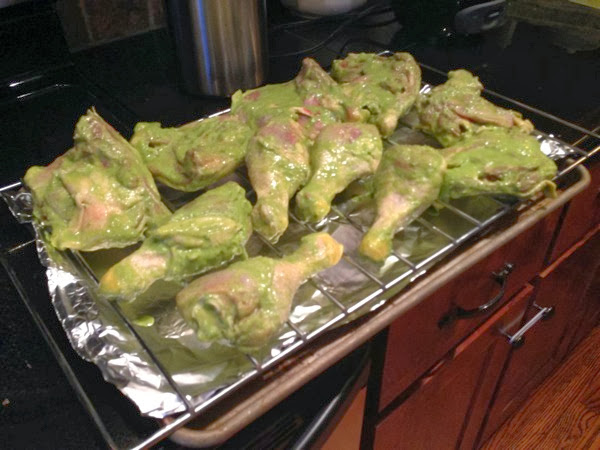 It isn’t as weird as you might think - the green color comes from blending up scallions and the chicken has an Asian taste - recipe here.

Here is the finished product - 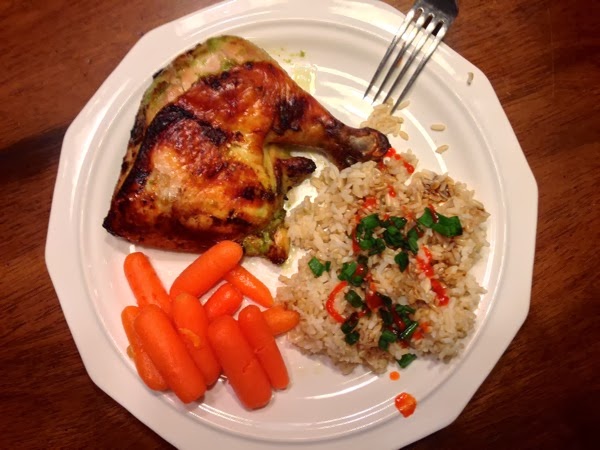 Not so green and very tasty!  Ina - who hasn’t ben the biggest fan of meat lately, ate the the chicken as soon as we put it on her plate.  We couldn’t get it on there fast enough.

But that was nothing compared to the grand finale.  I made this bread. 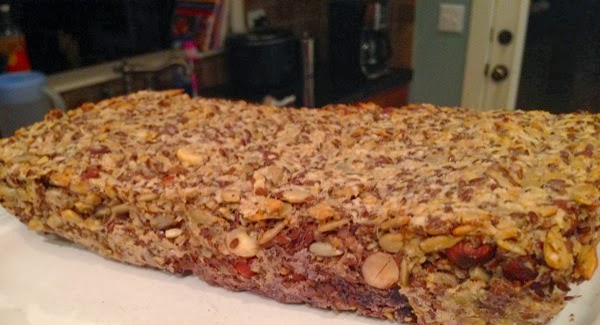 It is called life changing bread - I actually didn’t name it that, but I would have.

Gluten free, refined sugar free.  Nuts and seeds galore.  Oh and vegan if you are into that sort of thing.

It feels weird to call it bread, because it is seriously next level stuff.  AND extremely healthy.

I patiently waited for it to cool last night and had one piece topped with homemade strawberry jam. 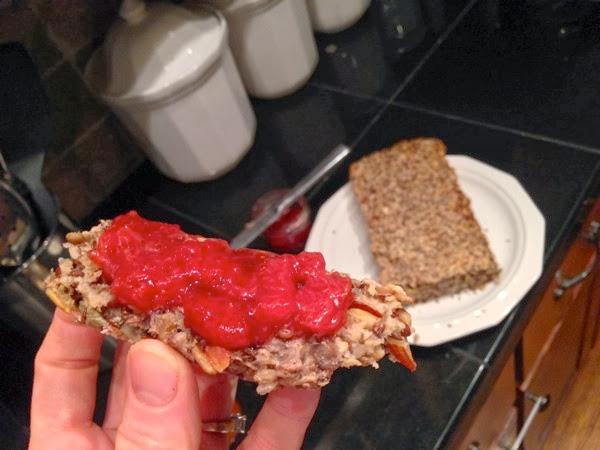 Expect to see this on the blog for the rest of its existence. Make it now. 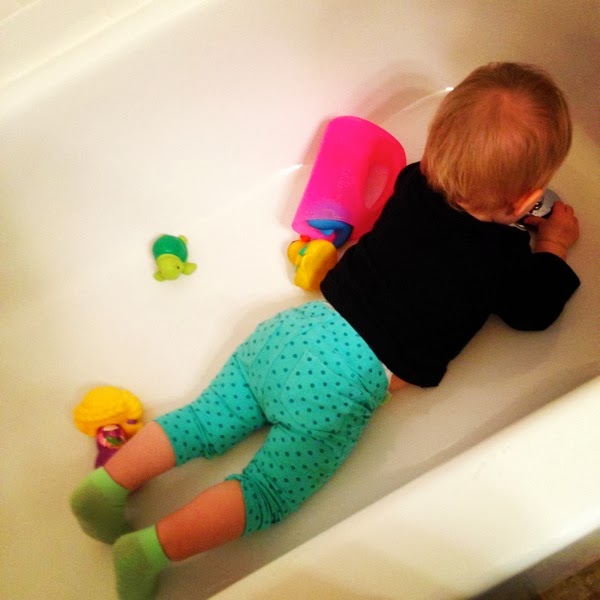 She climbed the stairs and headed straight for the bathtub to play with her bath toys.  At first I was trying to stop her, but soon realized that the bathtub would keep her relatively contained, so I sat on the toilet and relaxed for a second while she played.