Yesterday started off great, but then slowly went downhill.

I tripped over the sidewalk while Kim and I were running which resulted in the top of my foot bleeding and a broken safety light.  How does that even happen? (Other than that, the run was great!)

Dan's job couldn't let him go back to work due to his lifting restrictions, so now his doctor and HR have to hash out the details. Just when I thought I could get that situation out of the back of my mind.

I packed only hard boiled eggs and grapes for lunch, so I was ravenous at 1:30.

I had a headache behind my eye that worsened as the day went on, despite Tylenol and lots of water.  After I said goodbye to my last patient at 8:45 I had to resort to a few sips of wine.

And then I went to bed.

Things that are going to make today better: 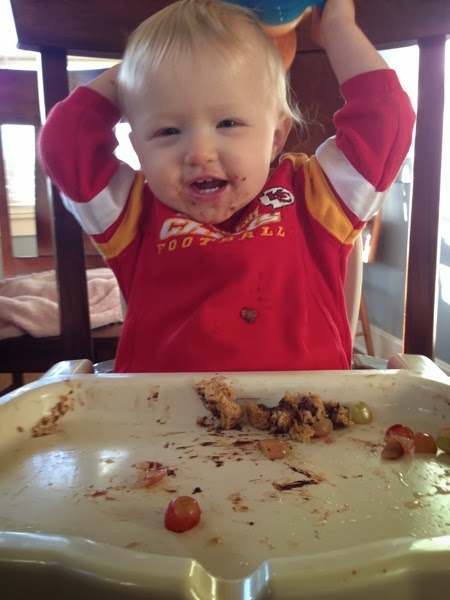 -  Ina kisses when she wakes up.  She has learned to kiss on her own, and I have decided there is nothing better in the entire world.

-  Marriage counseling in the morning

- A (hopefully) productive meeting with my boss's boss today

So here's to pretending like Monday didn't happen.  I am starting my week off on Tuesday instead!