Ina started clapping a few weeks ago.  It doesn't happen every time and definitely takes some negotiating, but if I try hard enough I can get her to clap.  Sort of.  Well, her hands almost hit each other, most of the time.  Poor girl might have some coordination issues like her momma. 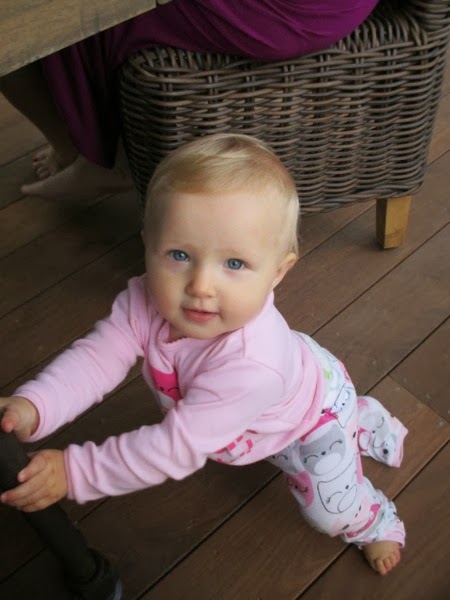 Ina is so close to taking off.  I think she could if she really wanted to, but right now she is happy to plop on the ground and crawl her way to wherever she wants to go.  I am taking advantage of the few days I have left before total chaos takes over my house. Ina loves to listen to us sing and if she isn't sick she will bob her little booty up and down to the beat of the song.  She particularly loves to dance to the music at church.  We usually sit in the front row and she watches the band in awe as she waves her hands around. 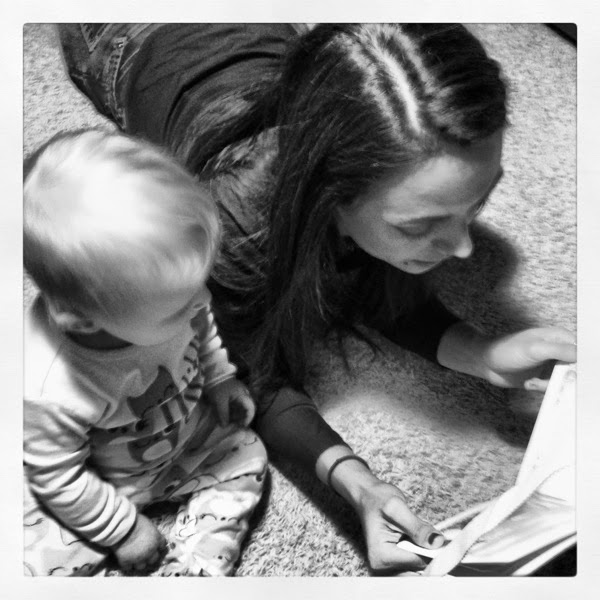 Ina has finally reached the age where she can sit still on my lap and listen to me read a book or two.  She will listen longer if I follow the words I am reading with my finger, or if I point to pictures on the page.  Her favorite book right now is the Peek-A-Baby book my mom got her.  Once we read that one, it is the one we have to read the rest of the night.  She cracks me up, her face is full of anxiety and anticipation as I read it.   She is almost nervous about what is going to be under the umbrella or ball. 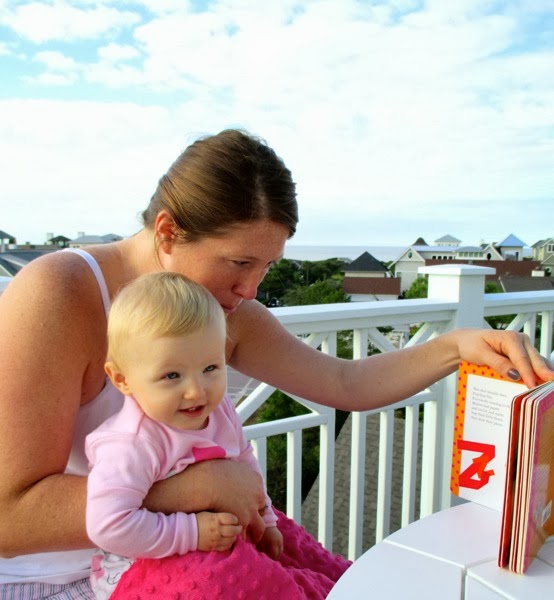 Ina has a full set of chompers now.  Four on top, four on bottom and her back gums are starting to swell.  Poor girl had a rough few weeks of teething this month, but we made it through.

Ina had her second ear infection on Halloween.  She had been acting sick for a few days, but I assumed it was due to her new teeth, so of course I felt horrible when her doctor took one look in her ear and told us it was infected. Unfortunately, giving Ina her antibiotics is a huge hassle - she hates them and spits them back out at us.  Thankfully we were able to get on an antibiotic that was once daily dosing (unlike last time which was twice daily dosing).  Right now it takes both Dan and I to wrestle her down and get the 5 mL in her mouth.  I will be so glad when this 10 days is over. 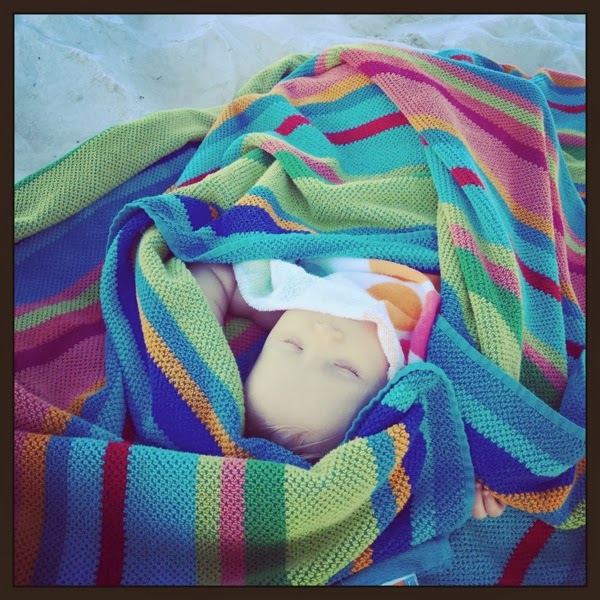 I think I can officially say that Ina is sleeping through the night.  The secret?  I had to stop feeding her through the night.  Duh Racheal.  After reading a lot and talking with a lot of other parents, we tried the Cry It Out method.  Although the first few days were hard (I had to hold on to the mattress of my bed not to get up and soothe my crying baby), everything is going so well now, and I feel like an actual human being again.  The first night she cried for an hour.  That was a hard hour.  The second night was 25 minutes.  The third night was 5 minutes.  Now (with the exception of one night, which she was probably sick), she has slept through the night. 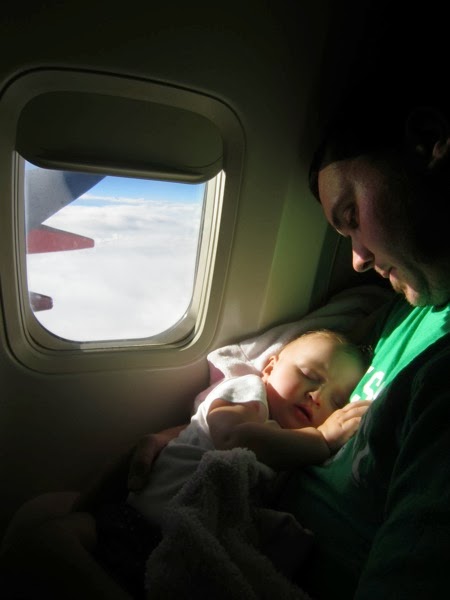 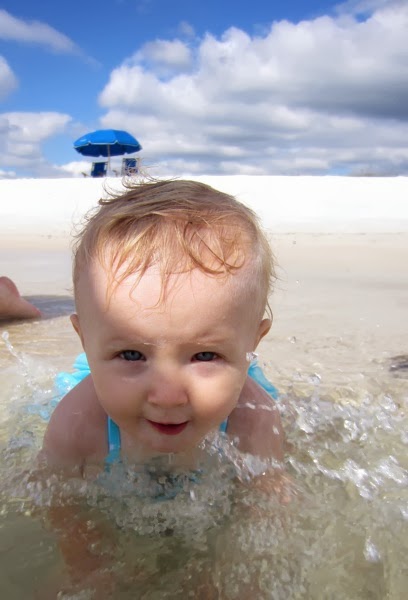 Of course, Ina loved the beach.  She would ooh and ahh at the waves and splash the water.  She liked playing with and eating the sand.  She liked watching me swim.  I hope this is the first of many trips to my favorite place. 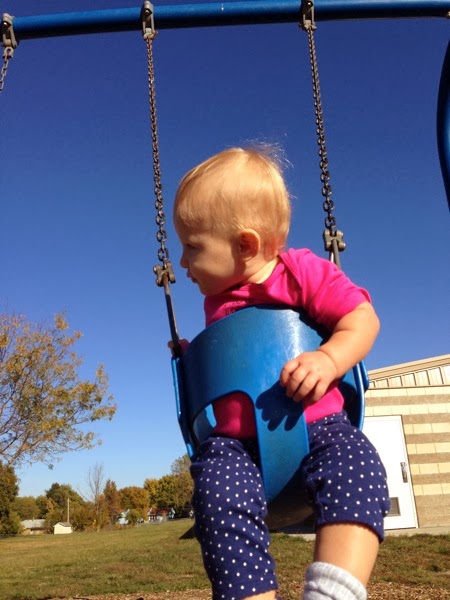 I took Ina to the park a few weeks ago and she loved it.  We really need to get back.  There were middle-school aged girls chatting on the swings next to us and Ina really wanted to be a part of their conversation (she is looking at them in the above picture).  As they were discussing things I would rather Ina not hear, we made a pretty fast exit.  Hopefully next time park will be a little more PG.

10. Art - I love that Ina (well, really Danielle) is sending home some art.  I can't wait for Christmas.  I need to figure out a good way to save all of her masterpieces. 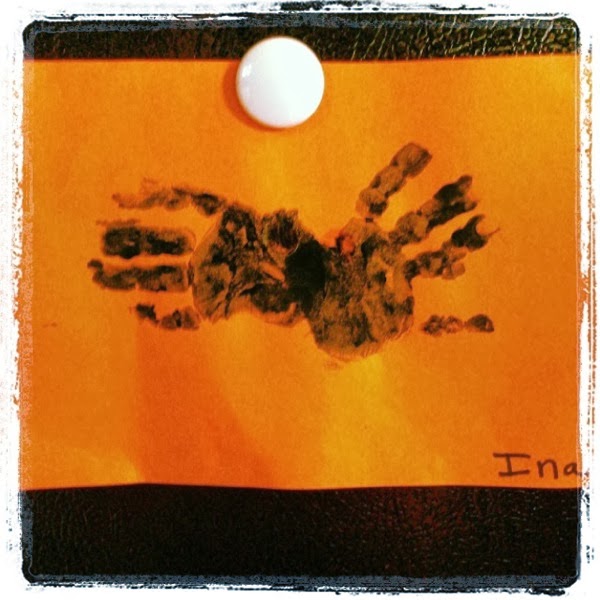 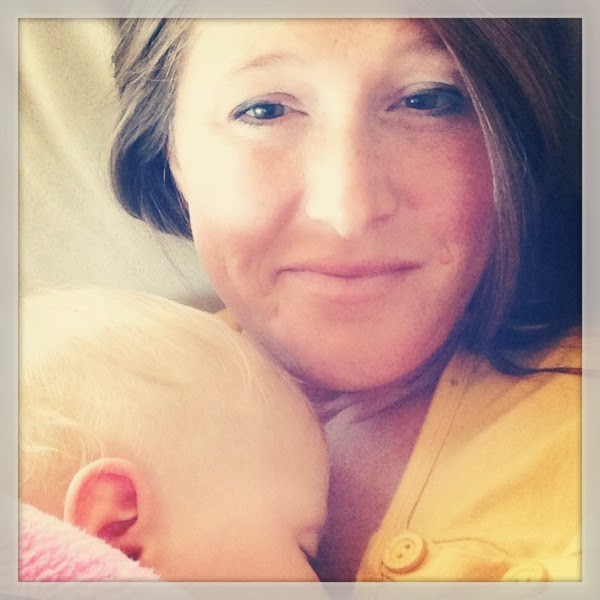 Teething + croup + a cut finger + ear infection = a lot of extra cuddle time.  (Wow, looking back, this has been a rough month for Ina.)