This post is going to be all over the place.

First I am going to tell you a dramatic story of how I cut Ina's finger.  Then I am going to post a whole bunch of pictures of her in her Halloween costume.

Sorry if it is confusing.

Yesterday morning Ina and I jumped in the shower before church.  Usually while I wash my hair Ina watches the water go down the drain - one of her favorite things to do.

Apparently yesterday she stuck her finger down the drain and couldn't get it out, which I didn't know.  I went to pick her up to wash her hair, and her poor finger was stuck in the drain.  When I picked her up the drain cut her finger.

There was a lot of blood and the water made it look like a lot more.  Suprisingly, I didn't freak out at all.  I calmly called for Dan and warned him there would be blood.  I think because I stayed calm, Ina didn't cry or act scared at all past her initial scream.

We held a washcloth over her hand for 10 minutes, but it was still bleeding.  I considered going to the ER, but it didn't look like there was much stitches would do to help.  So, we gauzed and taped it up and hoped for the best. 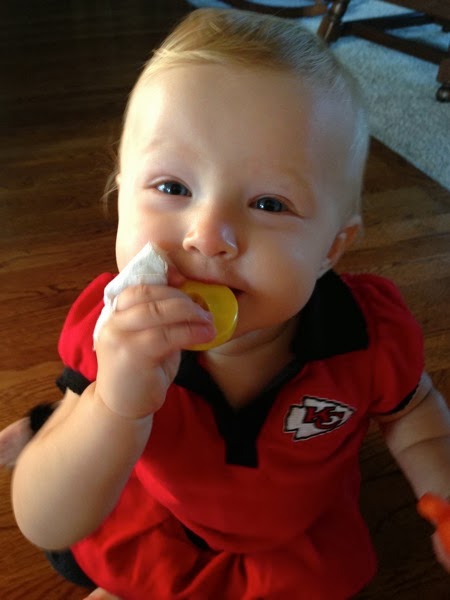 Once that stopped I started to get upset and felt very guilty.  I shouldn't have let her play with the drain.  I should have noticed that her finger was stuck before I picked her up.  Mom of the year right here.

Dan did his best to convince me that she was fine and these things happen and by the end of the day, after 3 bandage changes, the bleeding had stopped.

Thankfully, I have a tough daughter.

We even made it to church on time.

After church I did some food prep and had some friends over for the football game and food and had an early bedtime.  Good weekend.

Now for the pictures of my dad's work's Halloween party: 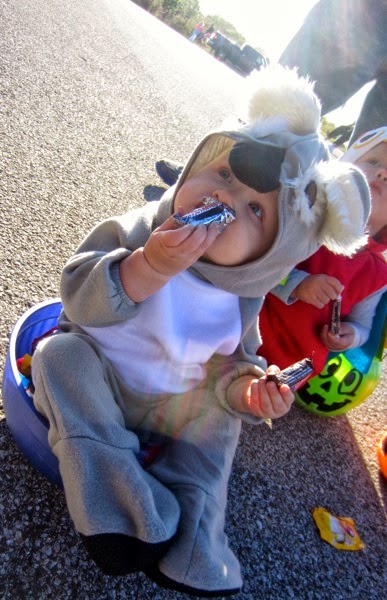 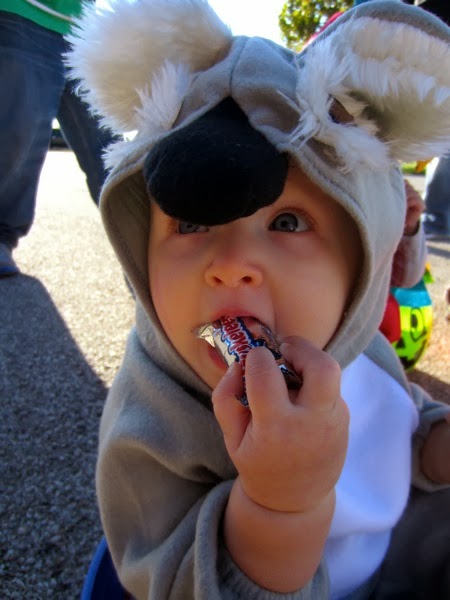 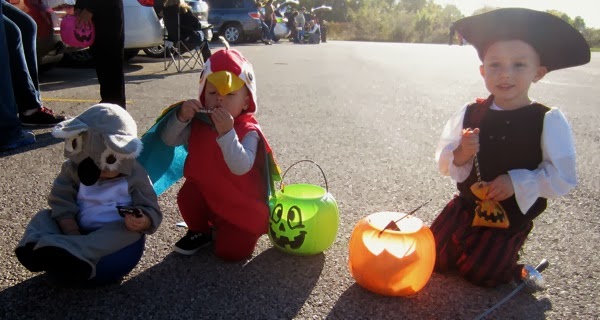 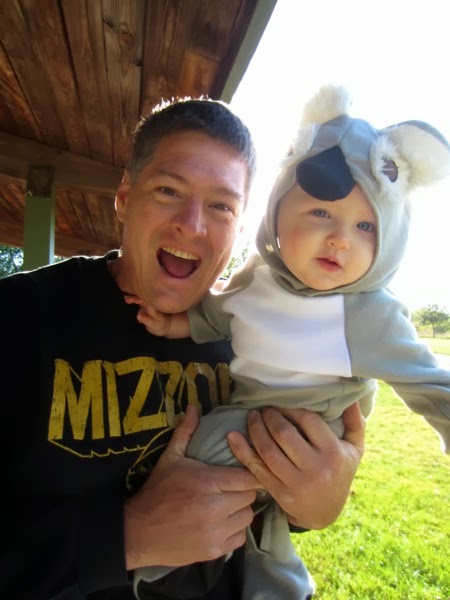 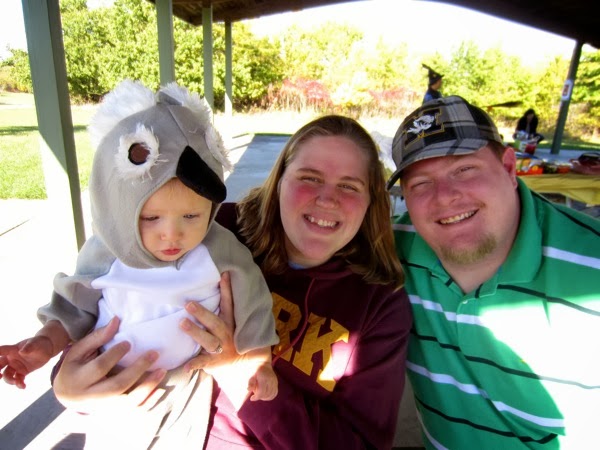 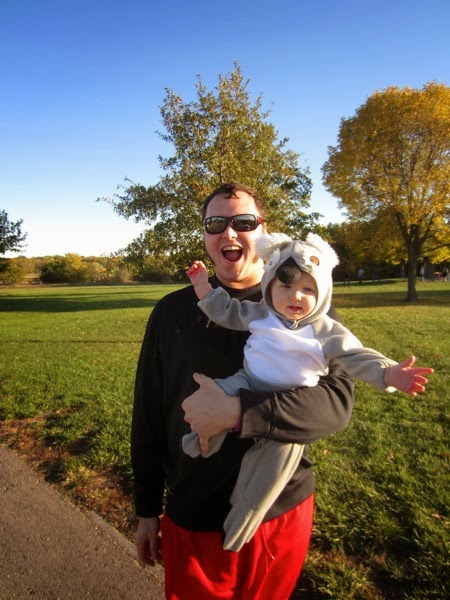 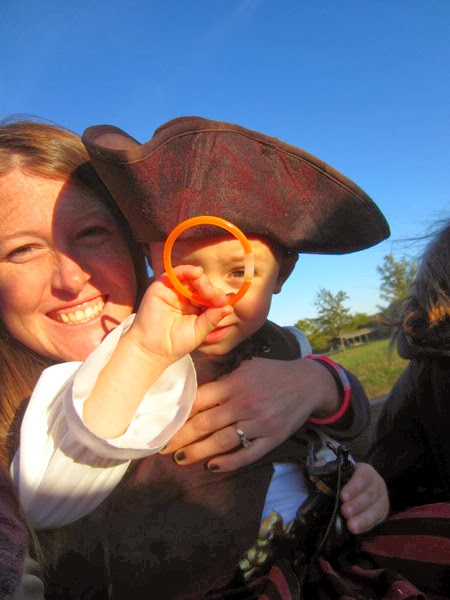 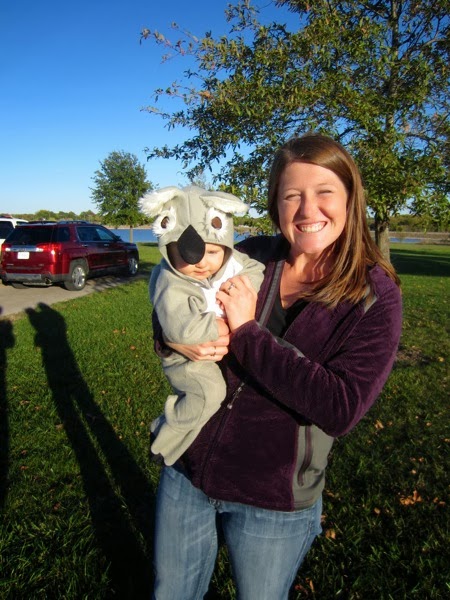 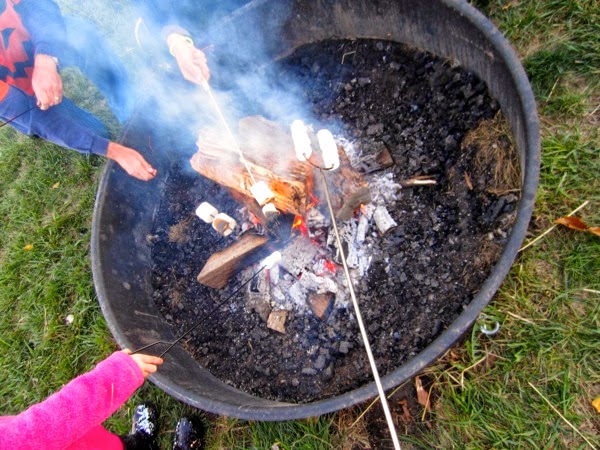