Thank you all so much for the kind words and prayers for Dan's surgery.  You guys are the best! <3

Poor guy, I think he was a little nervous last night, as I was wiping him down with bacteria-killing pads, he asked me if the medication that he took for surgery could impact his breathing.

He also asked if I thought the doctor would let him keep his hip bone once they cut it out of him, so I really don't know what to take seriously.

We are headed to the hospital this morning and leaving Little Miss at home with my cousin. I plan on driving home to get her once Dan is out of recovery, in his own room, and I feel comfortable leaving.

I have the option of staying the night with Dan at the hospital, which I really want to do.  I don't want him to stay by himself. However, I don't know if they will let Ina stay there too?  I don't exactly feel comfortable leaving her for the night either, but maybe that would stop her eating-in-the-night habit?

Speaking of Ina, this blog hasn't seen a picture of her in a few days, which must be fixed now. 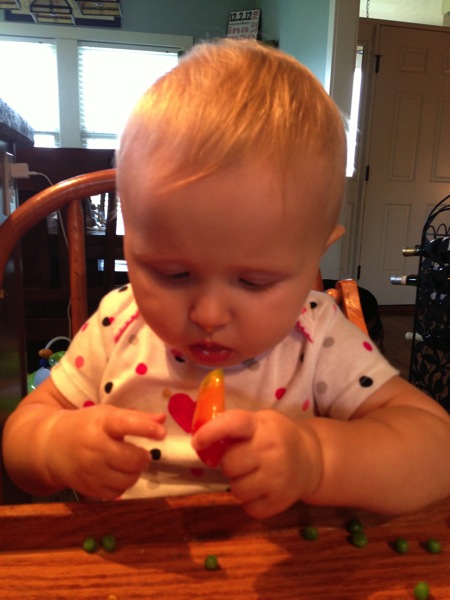 Her new favorite thing to do is go outside and pick tomatoes with me.  To put it more accurately, she picks a Roma tomato and sucks the juice out of it while I pick the rest. 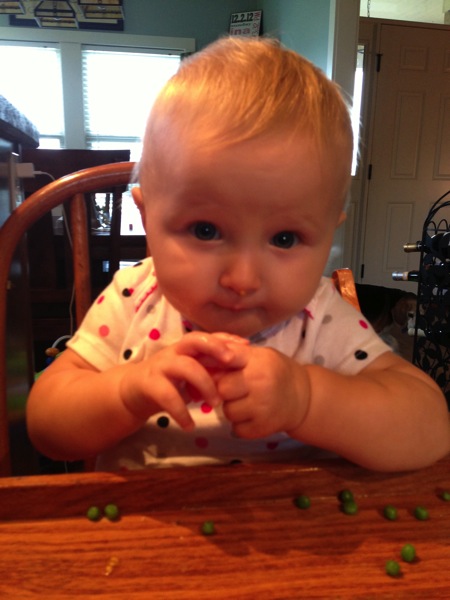 We had bruschetta chicken with brown rice pasta and mixed veggies for dinner last night. 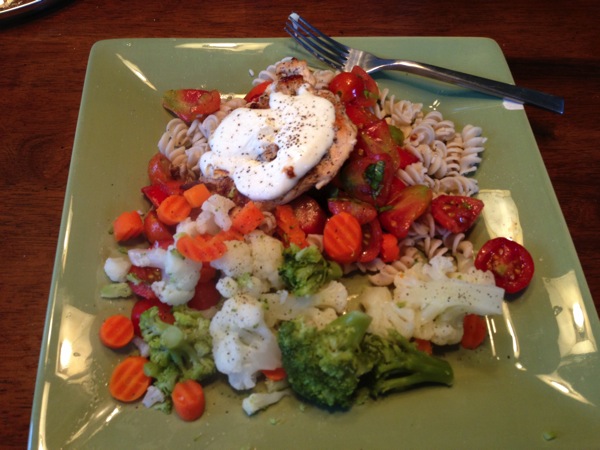 I just took a little bit of everything (except the chicken) and put it on Ina's tray.  She shoveled it in her mouth as quick as she could.  I hope her love for veggies continues as she gets older!

Ina and I also ran 3 miles together yesterday, which was pretty hard.  As my rest days > active days, my body is getting used to relaxing.  I need to fix that now, or at least after Dan is home from the hospital.

Questions for the day

Have you ever stayed the night at a hospital by yourself?

- When I was discharged from the hospital and Ina wasn't yet, Dan had to go to work early one morning, and after 5 days of sleeping in a chair, went home to sleep and I stayed there with Ina.  It was pretty creepy to be by myself.

If you are a parent, when was the first time you left your child overnight?