There are many disadvantages to following your favorite sporting team on the road. 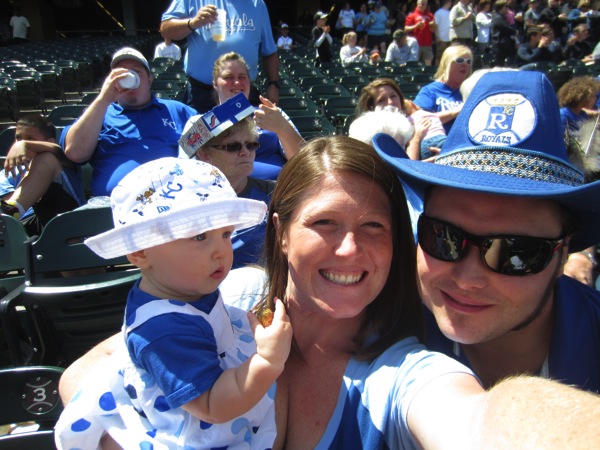 - You don't know the stadium or city (hello waiting 45 minutes for a single cab to drive by).

- You are out-numbered by the opposing team's fans. 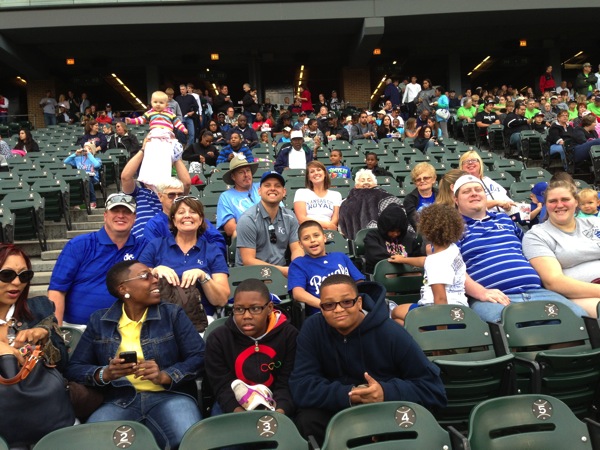 However, there are also so many advantages: 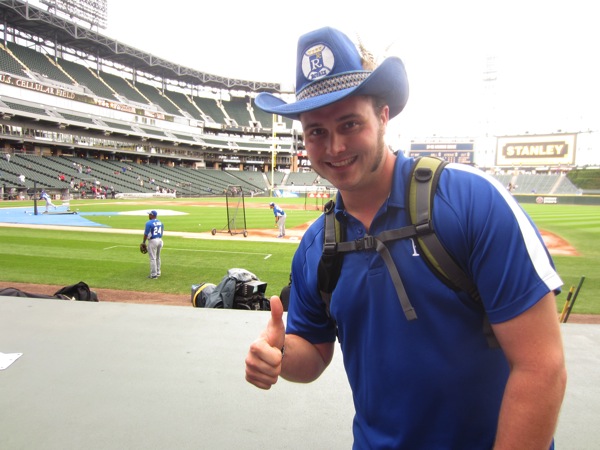 - Autographs are a lot easier to come by 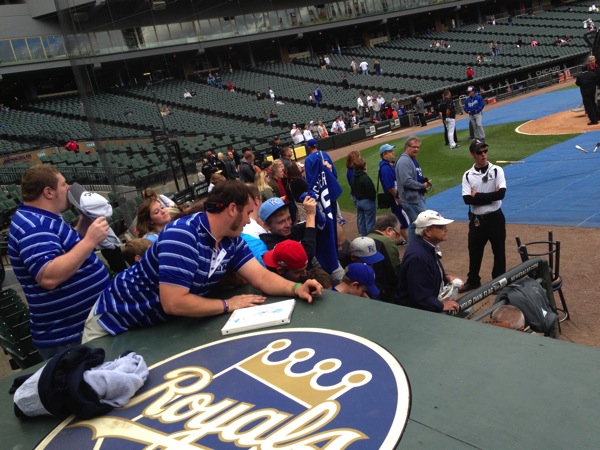 - The announcers see your huge groups of fan and put you on TV.  A lot. 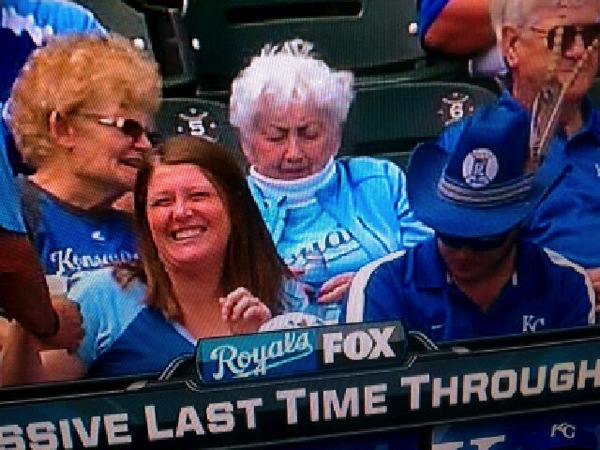 Of course the only time I was on TV was when I was taking a drink of my uncle's beer while my daughter was sitting on my lap. 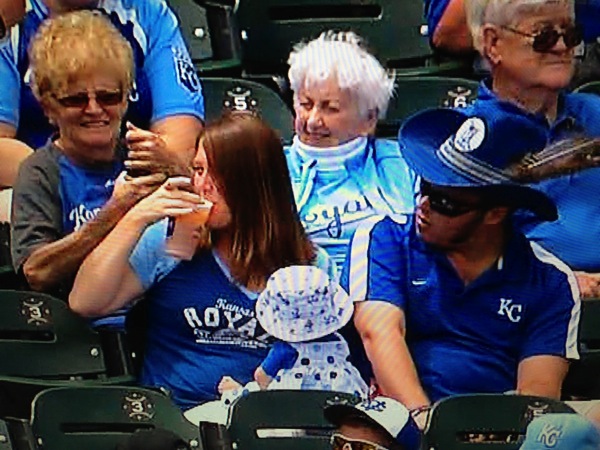 (Thanks to a friend who sent that to me!)

I'm not holding on to her or anything, because that concrete looks super soft.

Mom of the year right here.

I recorded the games just in case we made it on TV, so last night after Ina went to sleep I got a good laugh watching my family through high definition.

Someone in my family picking his / her nose (not naming any names, but I am never deleting that from my DVR!)

Other than watching the game on TV I spent my free time playing vacation relief - unpacking, laundry, sleeping, etc.  So today I am ready to get back in the normal swing of things.

Have a good one!

Question for the day: Have you ever made it on TV at a sporting event?

Unfortunately, I have made it on TV at a sporting event before.  A few years ago, I was at a college football game and the camera guy came over and told us to scream for the camera.  I was so excited that I started pointing to the Mizzou emblem on my shirt.

When I watched the game with my family the next day it appeared I was just pointing at my chest.  Super cool, I know.