As you know from reading my blog, Dan and I are a little obsessed with Blue Bell's creations and even had a Blue Bell challenge to try every flavor while I was pregnant. 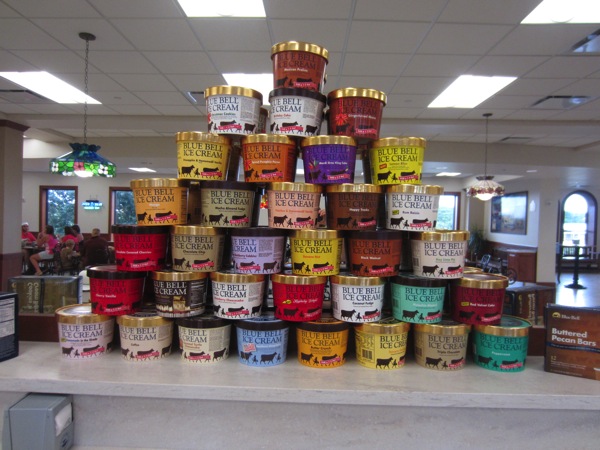 When I found out that the Blue Bell Creamery is within an hour's drive of my family's house in Houston, I knew we had to make a trip. 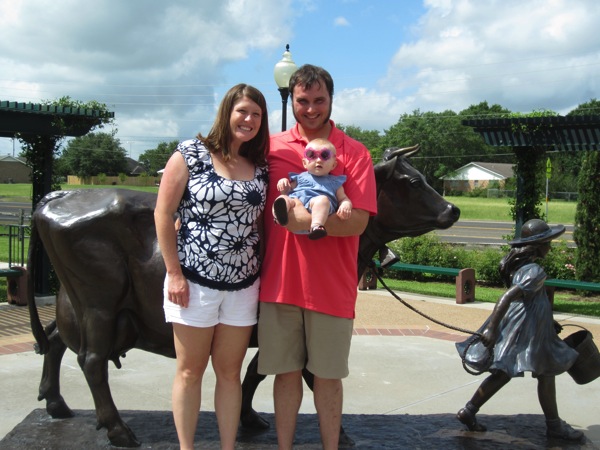 We signed up for a tour of the creamery - which was so cool to see how the ice cream was made and packaged.  I was not surprised to learn that Blue Bell made / baked all of their ad-in ingredients and they buy all of their milk from within a  200 mile radius of the creamery. 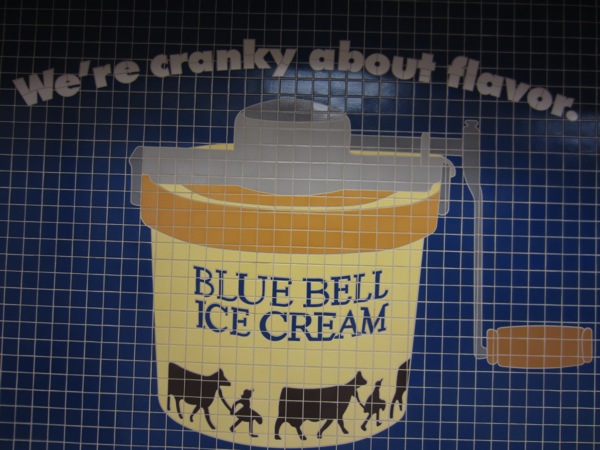 The tour ended at the ice cream parlor, where we picked out a flavor to try. 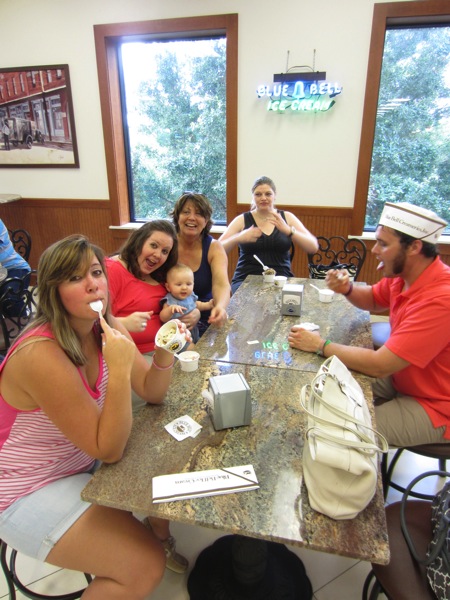 Ina was an angel the entire tour, and watched all of us eat our ice cream with wide interested eyes.  So, at the very end, Dan and I decided that it wouldn't be right to let her go without having a taste of ice cream.

At first she was a little concerned, 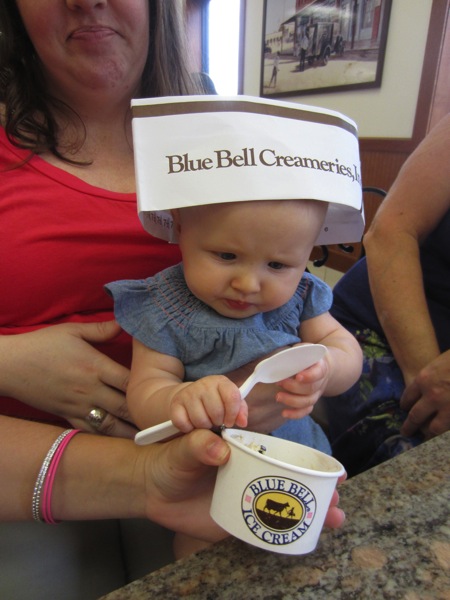 but then she quickly became a fan. 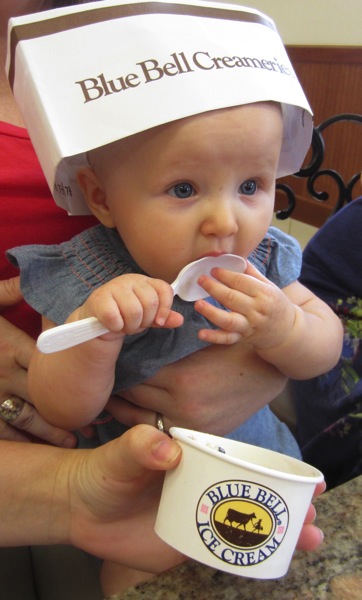 She gets it from her momma.

Since we have been here we have spent a lot of time playing games, enjoying time with family, and playing in the pool. 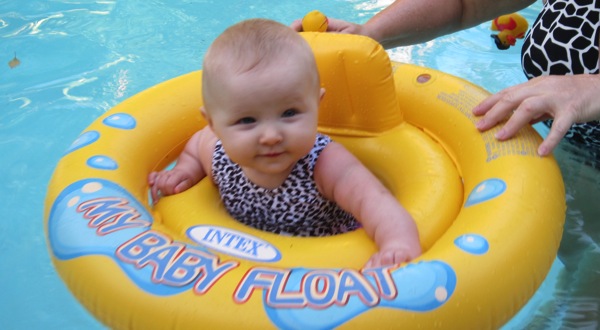 I have not, however, been running.  So, I need to get with it today and maybe get a pool workout in.  Have a great day!