When we were leaving the NICU (oh happy day), the neonatologist was giving us some advice for the outside world.  One of her pearls of wisdom was to leave Ina in the carseat while going places, like grocery stores, to avoid germ exposure.

Even though this went against my normal beliefs (the more germs the better - you need to build that immune system!) I understood that Ina was in a sensitive state and her immune system didn't need any extra challenges.  So, i obliged, and for the first few months when I would venture to the grocery store with Ina, she stayed snug in her seat. 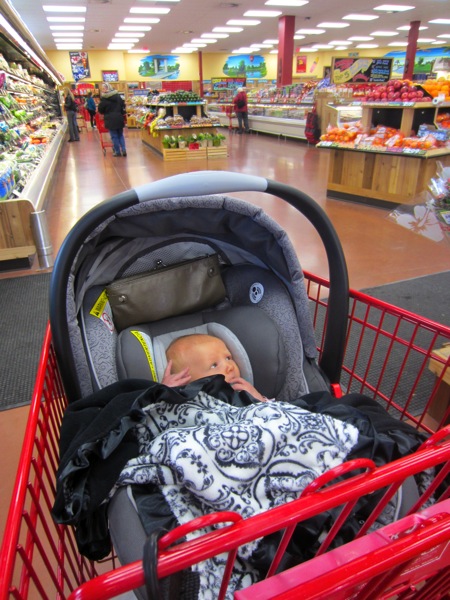 As you can see, this left little room for groceries, which meant I had to either carry a big bag to put my groceries in, only buy a few groceries, or push another cart.  All choices were less than ideal, but I have done all three.

So, as soon as Ina was able to properly hold her head (around 3.5 months), I switched to holding her in her baby carrier. However, I am a bottom shelf shopper.  The combination of squats and reaches was like another workout! 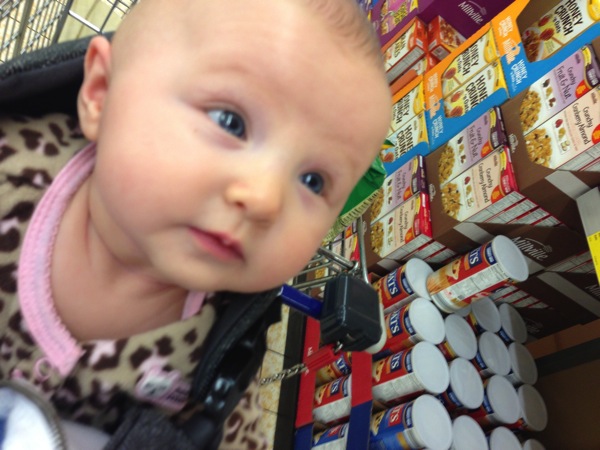 By the time I would load and unload the groceries, my energy level was cashed out and more times than not, pizza was on the dinner menu.

You can imagine my excitement, when for the first time yesterday, Ina sat in the grocery cart like a big girl. 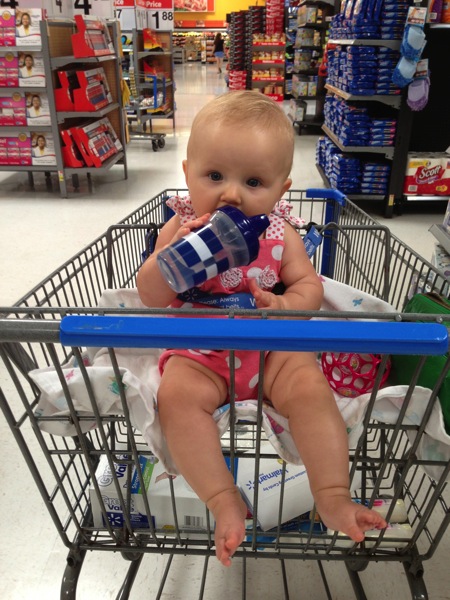 We may have had to constantly switch what grocery item we let her hold (there are only so many corners of a jello box to suck before the box starts to deteriorate).

She may have started to lounge after the first 45 minutes (I'm telling you, that head is heavy). 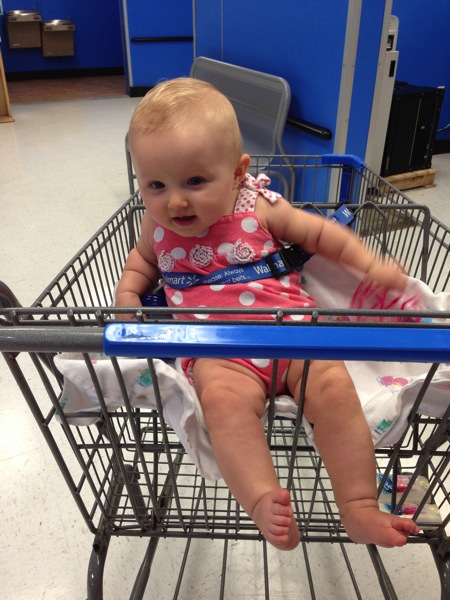 I may have had to pick her up and hold her to pick out the fruits and vegetables, but even after unloading the groceries, I had enough energy to make tuna salad for dinner, which might not be gourmet, but was a huge win over pizza.

The trip was a success.  As we were leaving the store, I saw one of the "kid" grocery carts - you know, the ones shaped like a car with a steering wheel.  I got a little teary thinking about how Ina would soon not want to be confined to the upper part of the cart.  And then I saw an entire new set of challenges.

And then I got overwhelmed and had to stop thinking about it.