Her laughs used to be random, but now I can squeeze one out of her by doing anything ridiculous.  This video says it all, although I wish I had recorded it from my angle, so that you could catch the unbeliveable smile action I was getting.  If I had life my way I would listen to that noise on repeat.

Feeding Ina has become so much more of a social event. 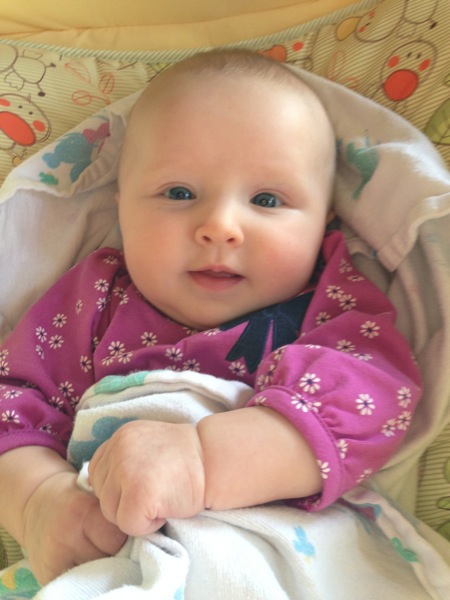 She has realized that my head is connected to her food source, so while she eats she smiles at me with her eyes.  She also takes frequent breaks to smile and coo at me.  I used to multitask while she was eating - check my email, watch TV, etc, but the first time I looked down and saw her just staring at me I dropped the phone.   I know those types of looks don't last long and I want to soak in every single one.

Ina has discovered her feet and it is hilarious. 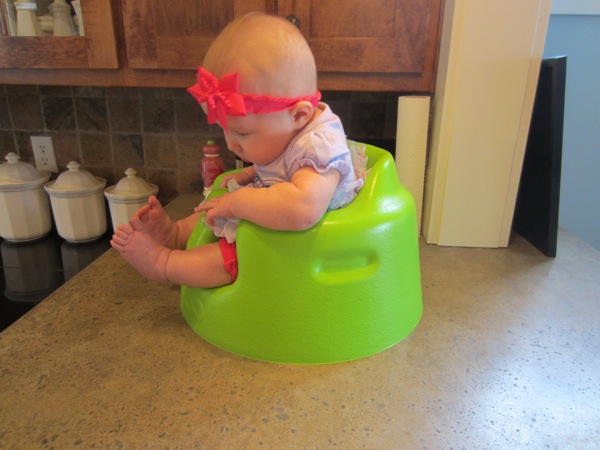 As soon as I put her in a sitting position, 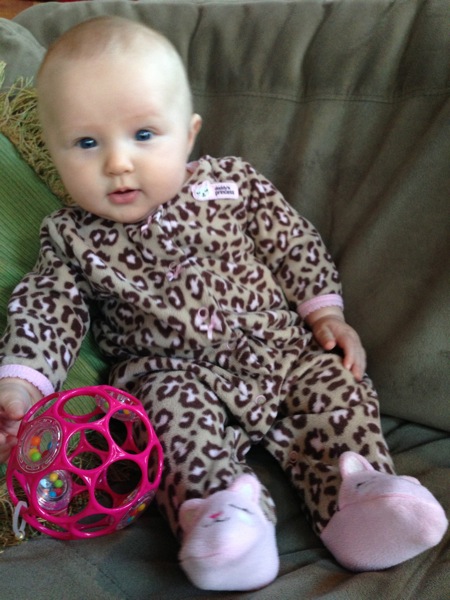 she lets the weight of her head take over 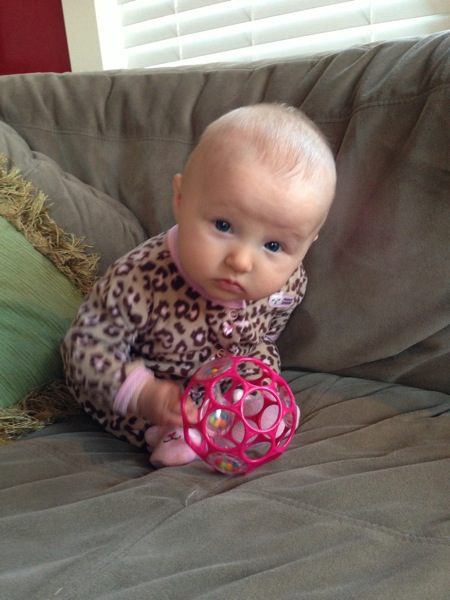 so her eyes can get closer to her feet. 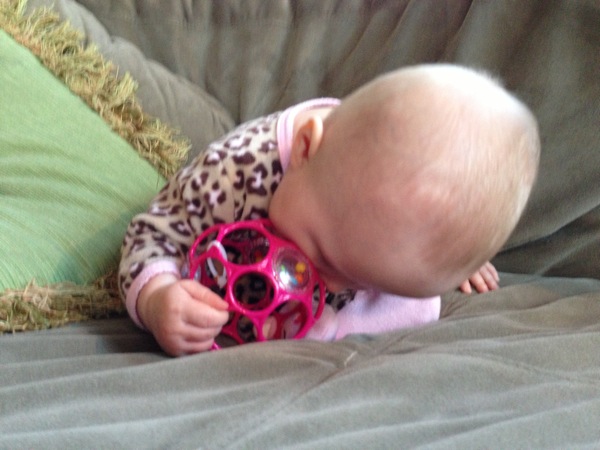 My mother in law posted this picture on Facebook the other day: 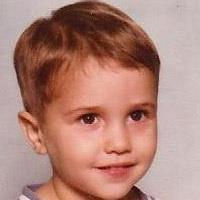 I used to think that she looked like me as a child, but once I saw this I realized that she is her daddy's mirror image.  Now I know where she gets those kissable cheeks!

-Sometimes it makes me sad that Ina is sleeping in a separate room, but I know it is for the best.  I sleep much better, and it allows me some time to get things done in the morning without having to worry about waking her up.  However, every once in a while I sneak her into her rocker for the night, or I bring her into our bed for a few hours. 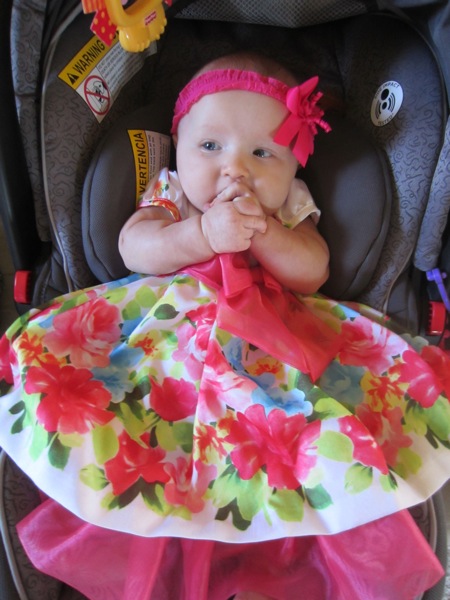 Poor girl is constantly trying to stick whatever she can find in her mouth - but her favorites are either her hand or her blankets.  She isn't a fan of her paci.  She has clamped down on me a few times while she is eating, which earned her a solid flick - those teeth can wait as long as they want to come in - ouch.

- Although she used to be a strictly shower girl, we now give baths most nights around 8:30, then I feed her, and then she is out for the night.

- Ina still hates tummy time, she lifts her head a little higher off the ground everyday.  She rocks her body back and forth, but doesn't look like she is going to roll over anytime soon

-More and more of her personality is coming out every day.  I love it. 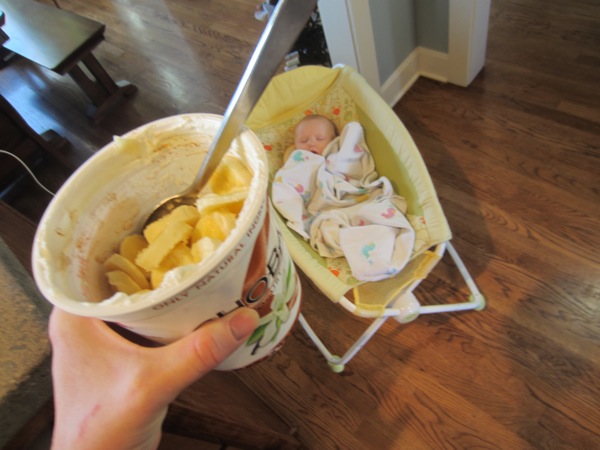 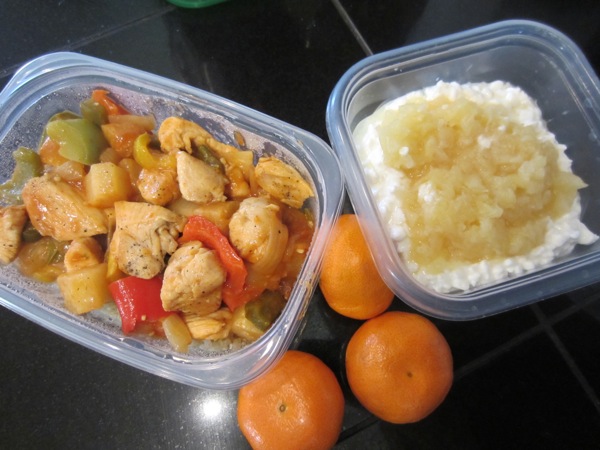 Dinner - Courtney and her family came over for dinner. 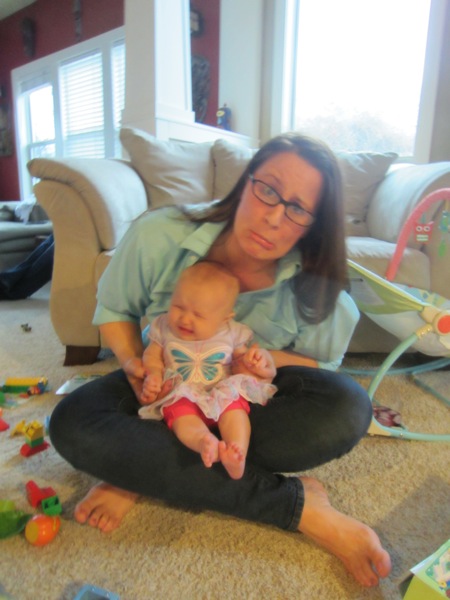 I made slow cooker hamburger heaven.  Served with salad (3) and sangria (3). 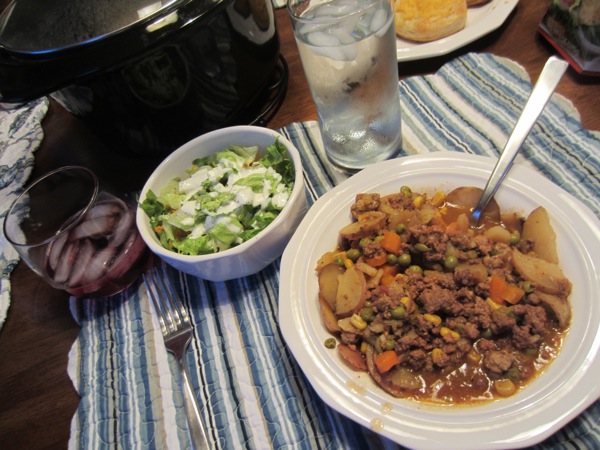