I don't know how many times a year I swear I will never go back to Wal-Mart.

I always have a bad experience, come home in a horrible mood, and wish I never entered the parking lot.  Three months later their low prices lure me back in.  It never fails.

It isn't only the company that upsets me, it is the shoppers.  I have a theory that once a perfectly lovely person walks through Wal-Mart's doors all the manners, consideration, and politeness he/she has are thrown out the window.

Yesterday I gave Wal-Mart another try because I found a deal on faux canvas photos that I couldn't resist.

I wanted to make a few of Ina's professional pictures into canvas art, but didn't think I could due to Shutterfly's hefty price tag (they start above $60!).  However, Wal-Mart's faux canvas prints start under $15 AND are available to pick up in an hour. 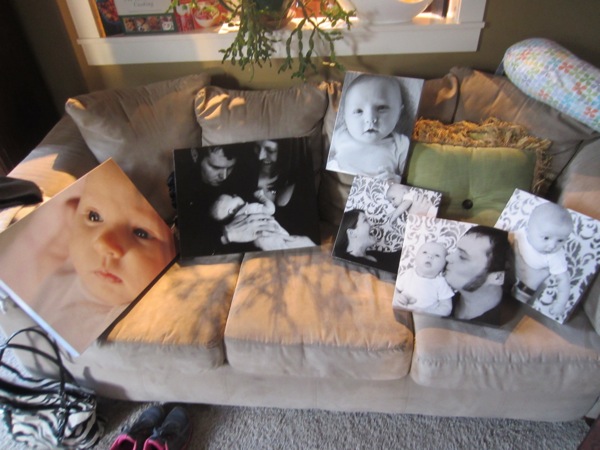 I bought them out.  No, the quality isn't the best I have seen, but they look pretty good considering the price.  Also, I know that we will probably get more professional pictures of Ina at 6 months, then a year, and then every year after that, so I don't really need something that will last a long time.

Do you know of any other good deal picture websites?

Abby and I had a mango - kiwi-banana -milk smoothie while waiting for Ina to wake up.  Later I munched on a Fiber One bar and an apple. 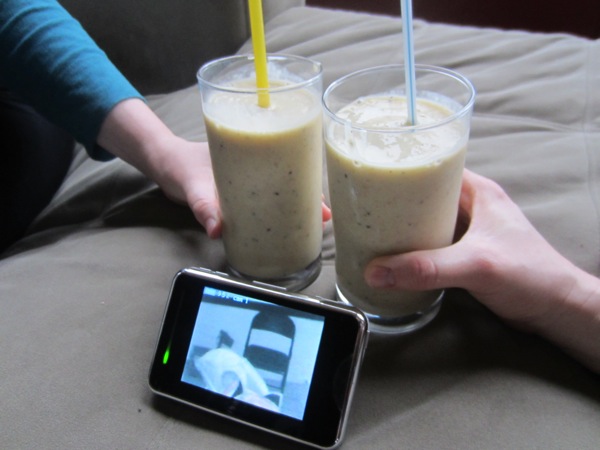 Lunch was leftovers from the night before while jumping from one conference call to the next. 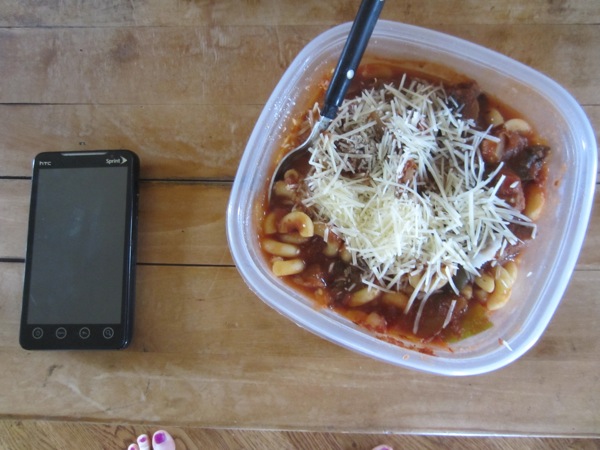 Making dinner was a family affair. 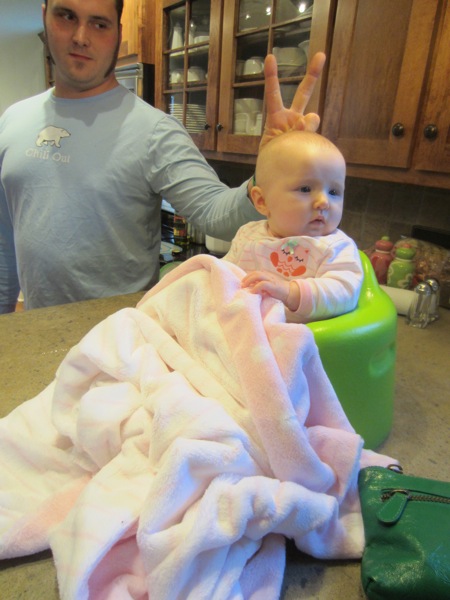 We made beef stir fry - 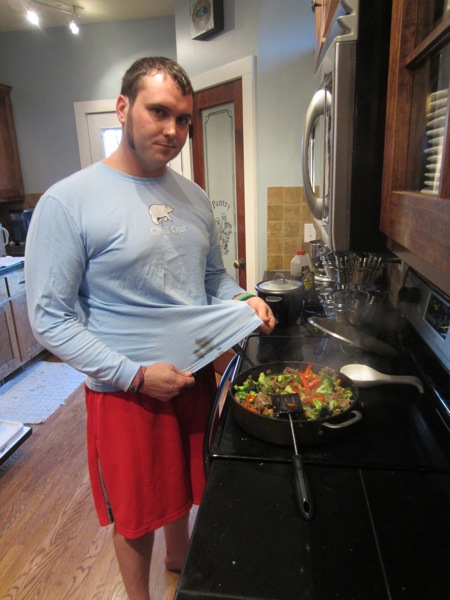 Dan's hates getting stir fry sauce on his Christmas  PJ's. 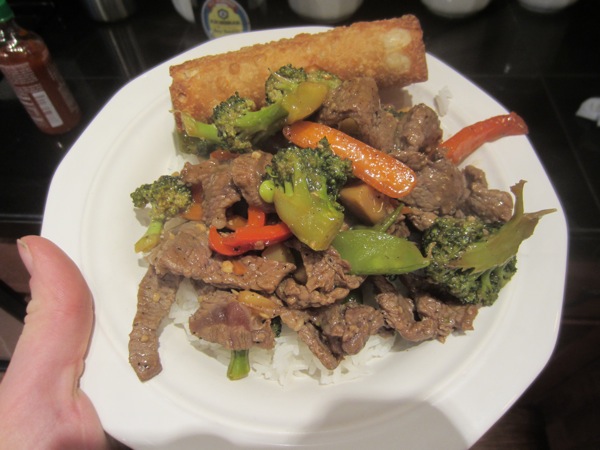 I snuck in another 3 mile run yesterday morning while catching up on Revenge.