If You Fail to Plan

What is it that they say?

Yesterday's dinner was a perfect example of that.

On my drive home from work I was racking my brain trying to figure out what we were going to have for dinner.  I haven't been grocery shopping in a long while, but I thought I could throw something together.  The days of stopping by the store on my way home from work are over - I have a hungry baby expecting me to be home in a timely manner.

After I fed and played with Ina we went to the kitchen and looked in the fridge.  No meat.  No milk.  No eggs.  The crisper drawer had onions, celery, and a wilted head of lettuce.

I found some pre-cooked chicken breast in the freezer and the only veggie in sight was a box of frozen spinach.  After staring at my empty pantry and Googling recipes for about 45 minutes I finally settled on making these with spinach added. 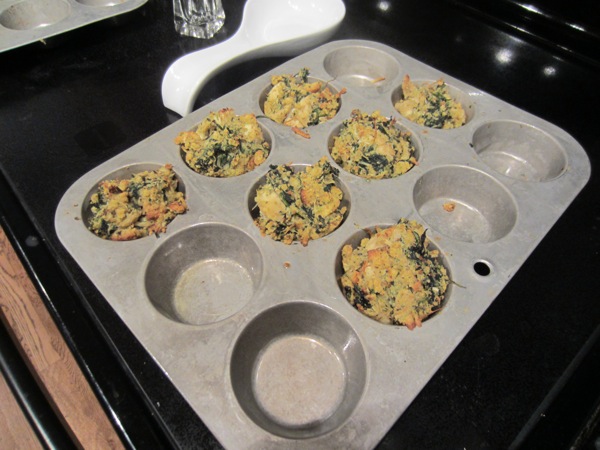 They actually weren't bad, but obviously not enough food to feed three adults.  Dan ended up getting Chinese takeout for dinner.  I was so embarrassed that I didn't even take a picture.

So, I spent over an hour planning / making a dinner that we didn't even eat.  FAIL.  Dan tried to make me feel better by saying they would make a perfect appetizer.

Moral of the story - PLAN AHEAD.


She obviously loves it!  Ha!

Breakfast - overnight oats with applesauce instead of milk - turned out pretty good. 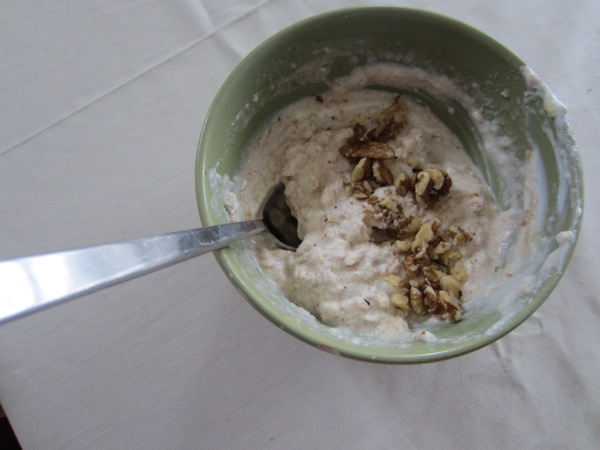 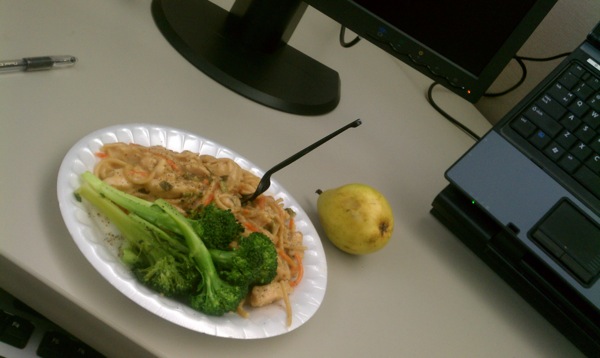 3 miles while jamming to Pandora


Thought for the day