I know some of you are under the illusion that I have it together.

Let this story paint a real picture of my day to day life.

Yesterday my sister called and invited us to dinner.  I volunteered to bring dessert.  I had just bought a box of Trader Joe's guiltless brownie mix and thought it would be super easy to whip those up before heading out the door. 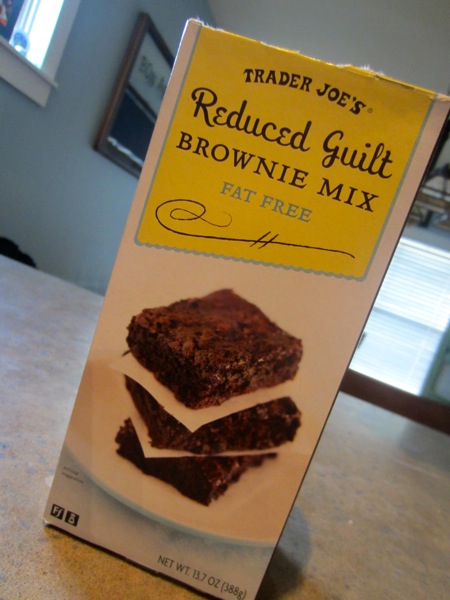 Before I knew it, the clock said 5:00 and it was time to go.  I hadn't showered.  Ina needed fed and changed.  The brownie mix box hadn't been opened.   Where did the day go?

I rushed through as much as I could.  I didn't dry my hair.  Ina got an "appetizer" until we arrived at my sister's house.  As I was putting Ina in her car seat I realized I still hadn't made the brownies.

The proof that I was flustered was in my outfit.  I wore flip flops, a t shirt, and capri pants.  No coat.  In the dead of Winter.  Genius.

I calmed down on the drive there and was so happy to be greeted by my family and a house that smelled amazing.  Jessie made a spaghetti casserole (see below). 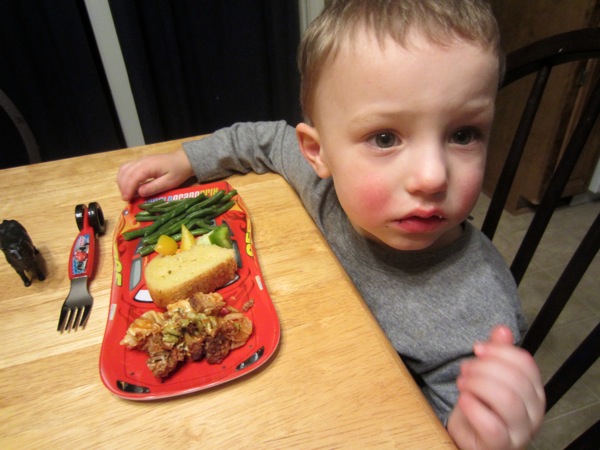 After dinner Jessie pulled the brownies out of the oven and brought them to us.  Right away I noticed that my piece had a hair sticking out of it.  Yikes.

"Whew, I am glad I am the one who got this piece," I told everyone as I pulled the hair out of my brownie.  They all giggled, said "it happens," and dug into their pieces.

Seconds later Dan was pulling something out of his mouth.  Seriously?  I was starting to get embarassed.

Then, I looked over at my sister, who was trying to non-chalantly pull multiple strings of hair out of her piece.

Trying to make me feel better, Dan pretended to floss with his piece of hair.  I wish I was exaggerating.

I have no explanation.  No excuse.  I was just happy that I served my family hair brownies, and not people who would judge me.

To top it off, my mom pulled a piece of green plastic out of hers - apparently my rubber spatula had also chipped off during my frantic stirring.

Surprisingly, no one wanted seconds. 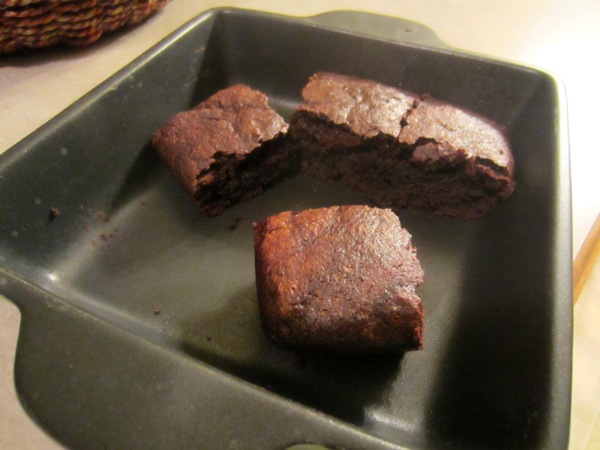 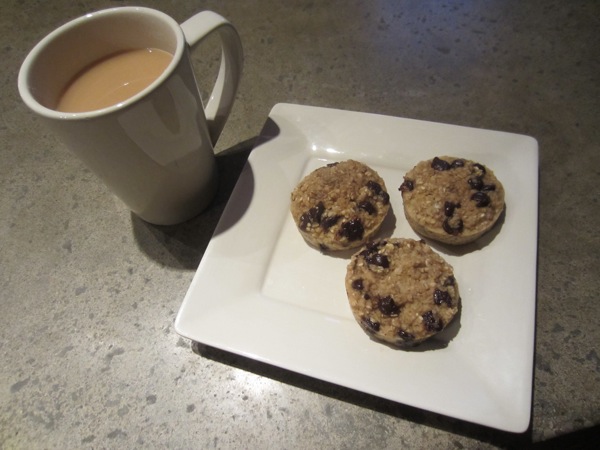 Lunch: Salad of champions (6) following *this recipe* made a comeback - I slurpped up all of its spicy amazingness.  Side of multigrain bread (3) and another muffin (3). 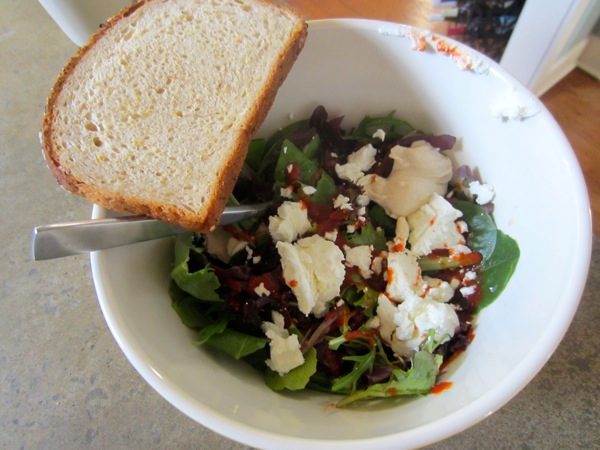 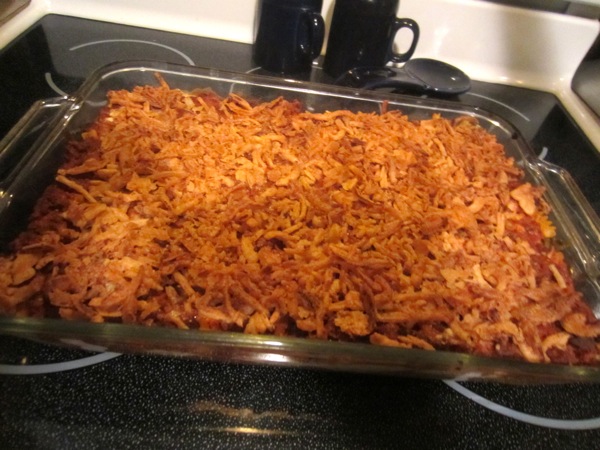 I plugged the info into WW's recipe builder and found that 1/6 of the recipe was 17 points - which after tasting it I found to be completely worth it.  Seriously, it was so good. 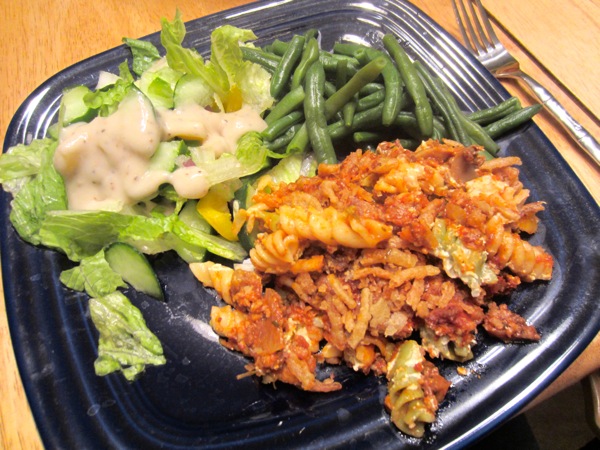 I could have been satisfied with 1/12 of the recipe (what I started out with), but I had those weekly points burning a hole in my pocket so I happily went back for seconds. Green beans and salad with light dressing (2) were perfect sides to dinner.  Af first I thought I didn't want one, but I eventually also ate a piece of garlic bread (6).