From Ireland with Love 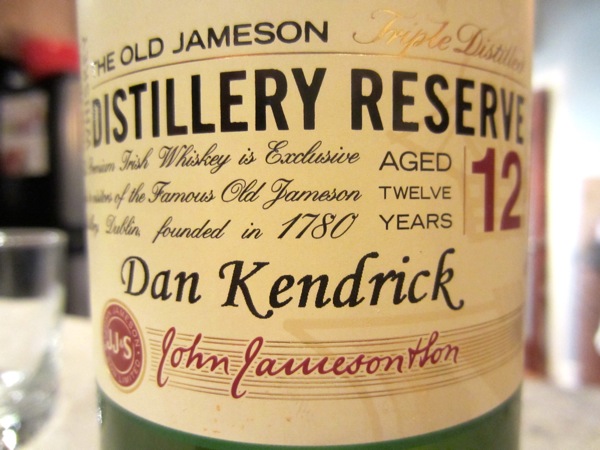 My cousin Liz is working in Ireland right now, so her parents gave Dan a bottle of 12 year Jameson with his name on it. 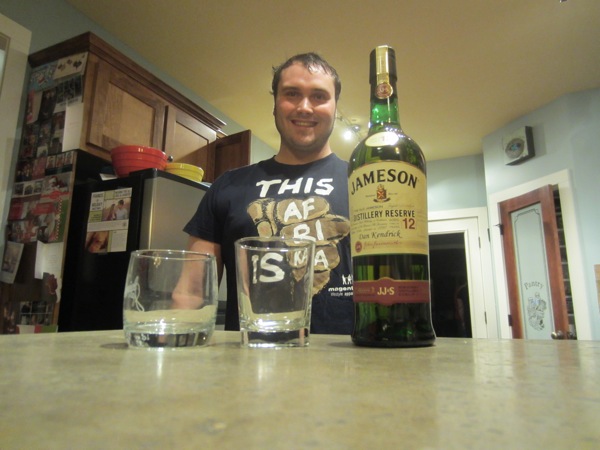 At first Dan thought he was going to not open it, but lately we have been of the "celebrate now" mentality. 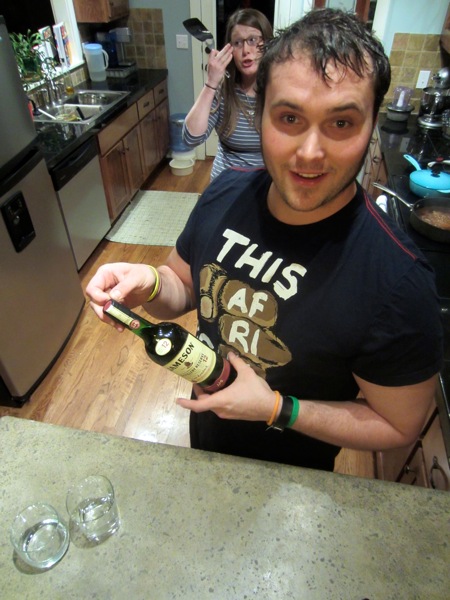 Last night our friends Brad and Chessa came over for dinner.  Why not celebrate with a little drink? 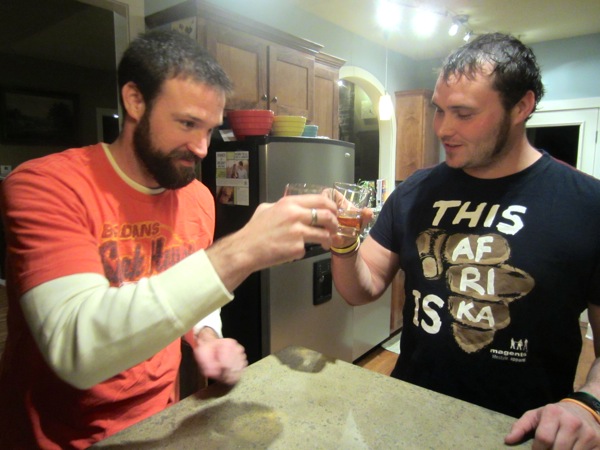 Dan and Brad were both big fans.  I am not a whiskey drinker, and I even thought it was pretty good.   Thanks Aunt Jeri!

We also had one of our favorite dinners - Asian glazed chicken (8) following *this recipe* with brown rice (5). 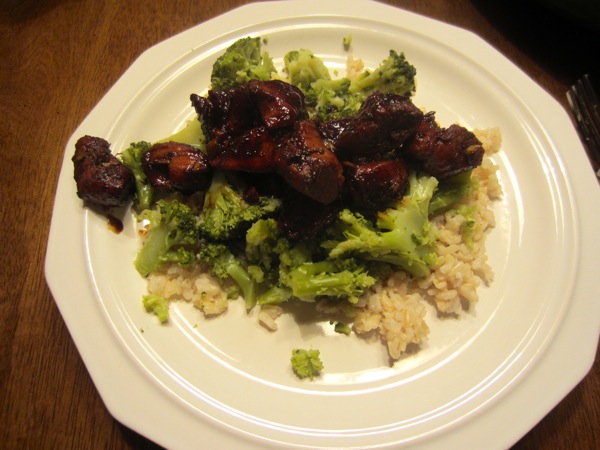 Enjoyed with good friends and a glass of Malbec (5). 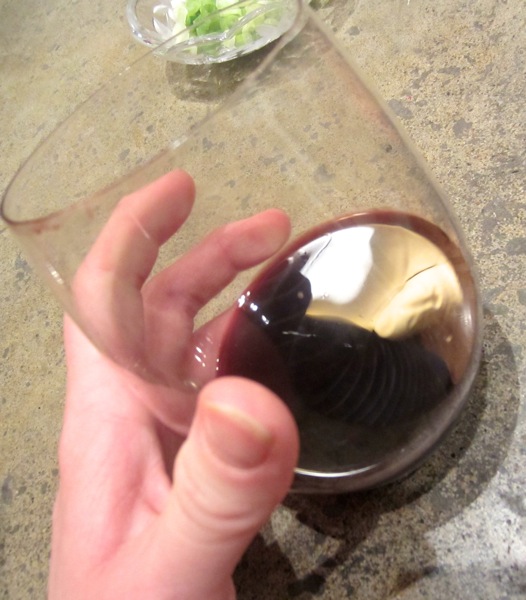 After dinner the boys went on an ice cream run - individual Blue Bell with a little hot fudge (5) for the win. 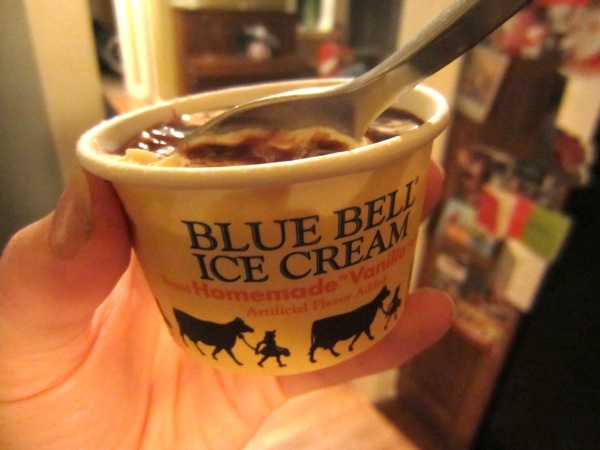 It was a good night - my head hit the pillow hard.

Breakfast was an apple-oatmeal-almond butter bowl (10). 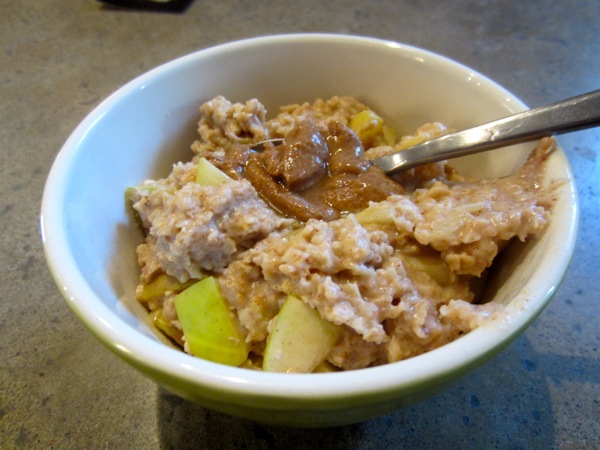 I was in desperate need for some fresh fruits and veggies, so my mom came to the rescue and watched Ina while I made an Aldi run. 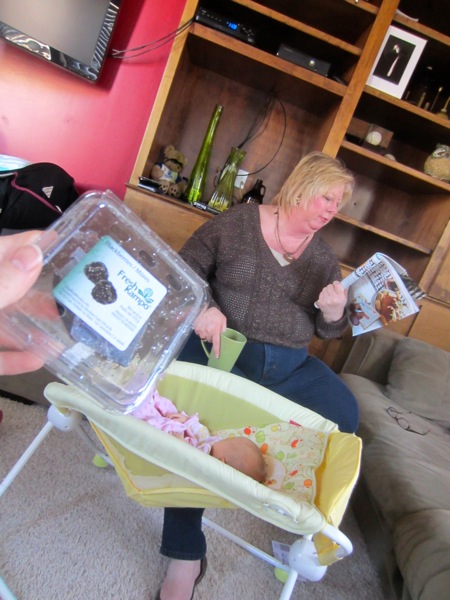 Thirty minutes later I was back and had already downed an $0.89 carton of blackberries.  My mom hung around while I made lunch - a chicken, spinach, mushroom, and swiss egg scramble with a whole wheat tortilla (10). 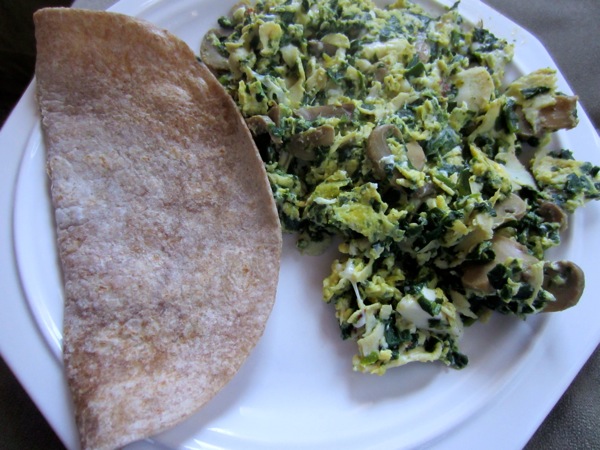 Just as I finished melting the cheese Little Miss started crying, so I inhaled my meal.  Thanks mom!

I had two afternoon snacks - roasted cauliflower with BBQ sauce (1) 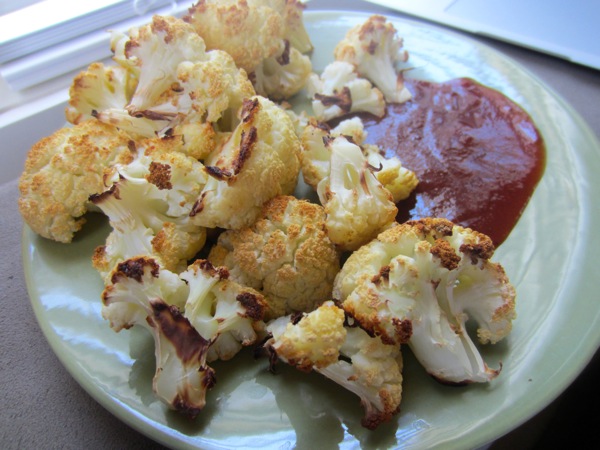 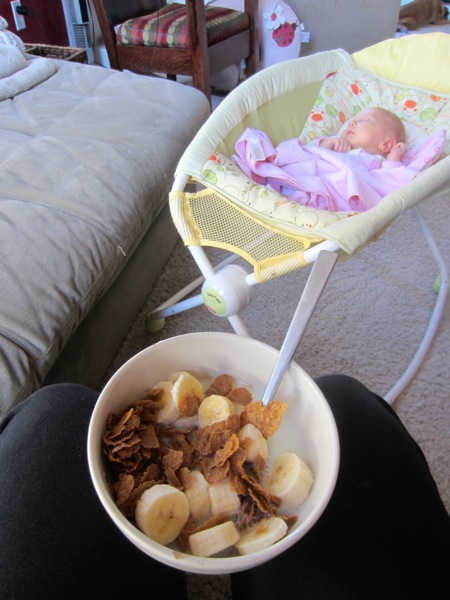 Looking at all this food makes me realize that I am eating a lot, but until after dinner I was really hungry all day.  Nursing Little Miss apparently requires a lot of energy.