It all started one night back in March when I thought Dan was looking extra sexy... 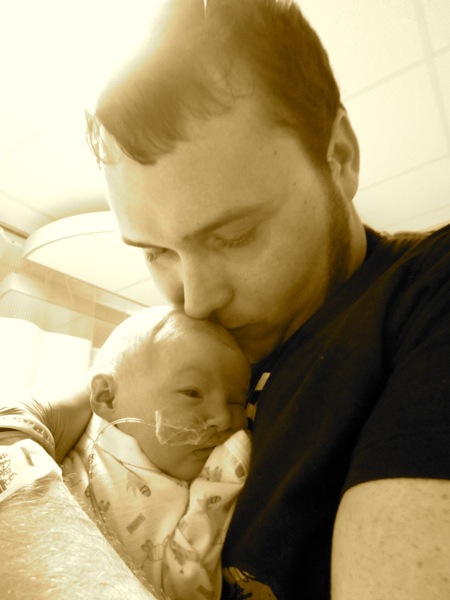 Just kidding, but seriously, it is hard to know where in the whole process to start the story. It is so long that I will write the first part today, and hopefully post the second part tomorrow.

I guess I would say that Saturday I was feeling great - getting things done right and left around the house. I went to a wedding shower that afternoon where I was chatting with my friends, one of whom is pregnant. 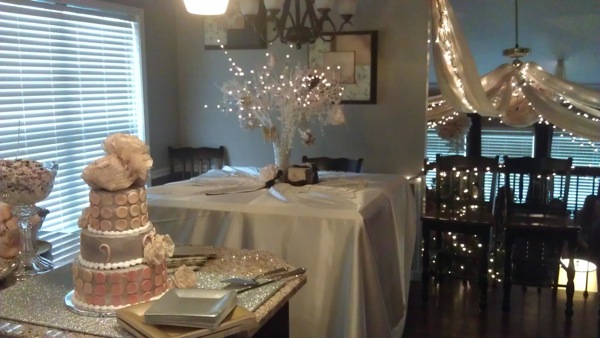 We were talking about baby kicks and I realized that I couldn't remember the last time I felt Ina Mae move.  Immediately I started worrying about it.  So, we went to an empty bedroom after I ate the cake and I lied down on a bed.  It only took a few seconds for me to feel a couple tiny kicks, so I got back up and re-joined the party.

Later on that night, after dinner, again, I didn't feel what I usually felt after a good sized meal.  So, I drank a Coke and again lied down on the floor.  This time I did what my mid-wife told me to do - call if it took more than 2 hours to feel 10 kicks.  I set the timer and counted the movements.  It seemed like it took forever, but before 2 hours was up I felt more than 10 movements.

Sunday morning I woke up and still didn't feel right about her decrease in movement. She was always such an active baby.  So I ate some breakfast and drank another Coke.  This time in 30 minutes I didn't feel anything.  Waiting 2 hours was not a possibility, I would have driven myself crazy.  I called my midwife on call and she told me to come in get hooked up to the monitors.

The whole drive there I felt more and more scared.  Dan kept on telling me everything was going to be fine, but I could tell that something wasn't right.  After what seemed like hours, but really was only a few minutes, we were in a room, hooked up to the strips and listening to her beautiful heart beat.  When I heard that noise I felt so much relief, but at the same time I felt a little silly for making such a big deal out of nothing.  The nurse told us that since we were already there we needed to wait to hear a few accelerations (an increase in heart rate of 15 seconds that lasts 15 seconds) and then we could go home. 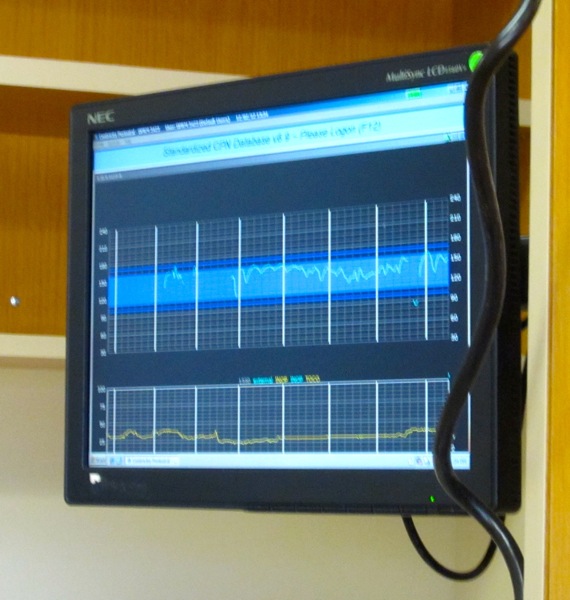 However, an hour came and went without any accelerations.  I started to get a little nervous, but could hear her heart beating away, which was great reassurance.  The mid-wife came in and told me that she wanted us to stay over night for monitoring, but she wasn't very concerned at all.  She had an OB-GYN look at the heart beat strips and he also wasn't concerned.

Dan went home to pack an overnight bag and I called my sister to tell her that we were there, but there was no cause for alarm.  I gave her all the details and she decided to come up and see everything for herself.

While I was waiting I emailed my job and told them I probably wouldn't be in until noon on Monday - which I find absolutely hilarious now.

Jessie came came and we were chatting about the baby and joking around when the OBGYN walked in, introduced himself as he grabbed the heart rate strip and said, "we need to talk."  About that time Dan walked in with our bags.

This is when everything starts to blur together, but the OBGYN said that Ina Mae's heart rate was following a sinusoidal pattern and that we needed to have a C-section immediately.  I was so thrown off guard, so unprepared I couldn't do anything but cry.  Dan knew that a C-section wasn't what I wanted, so he started to ask a few questions, but I stopped  him and told him that I didn't want to risk anything.  I didn't care how she came out as long as she came out alive and healthy.

We talked with my sister about it, and although she questioned why they didn't want to induce me and give me a trial of labor first, she agreed that a C-section was the safest option. 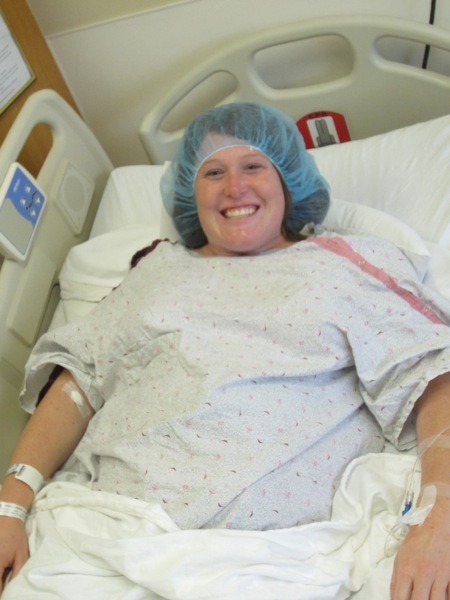 Once we made the decision to have the surgery people were in and out of the room plugging me up and changing my clothes and asking me questions.  However, the mood was different - lighter.  Dan and I realized that we were going to meet our baby soon  and we were very excited.  So excited that we started to take pictures. 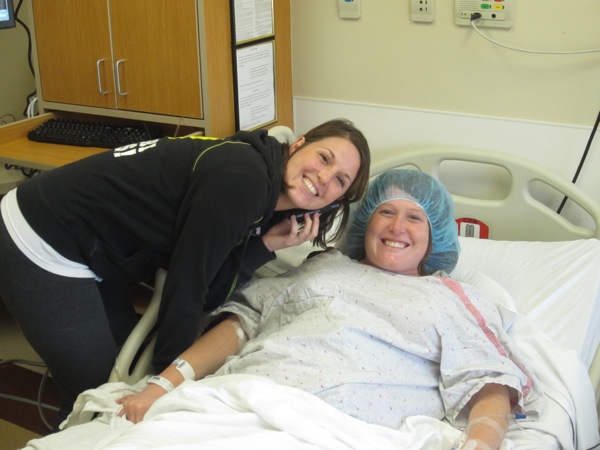 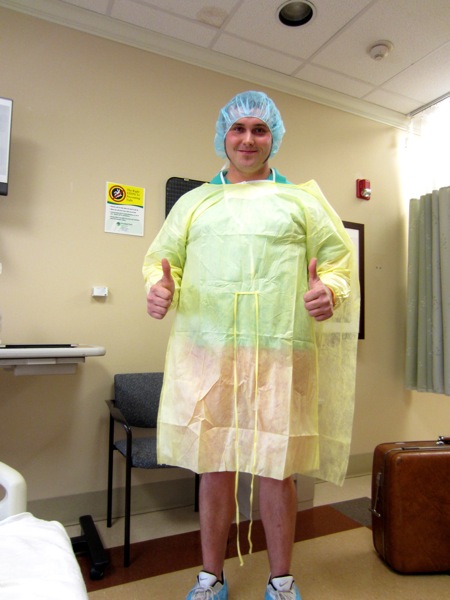 Within minutes I went from joking around with my sister to being numb from the chest down on a table.  They put a blue drape up so I couldn't see what was going on, but Dan was giving me a play by play of the action. 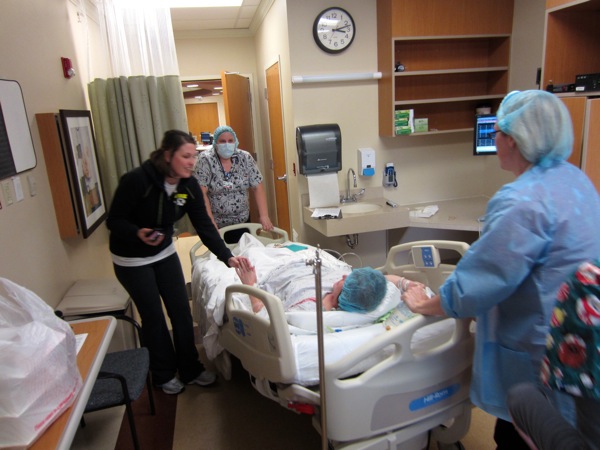 "They are already cutting!" 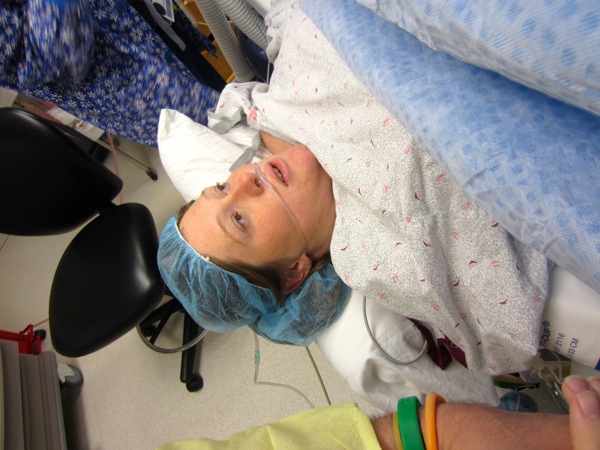 "You guys are doing a great job!" 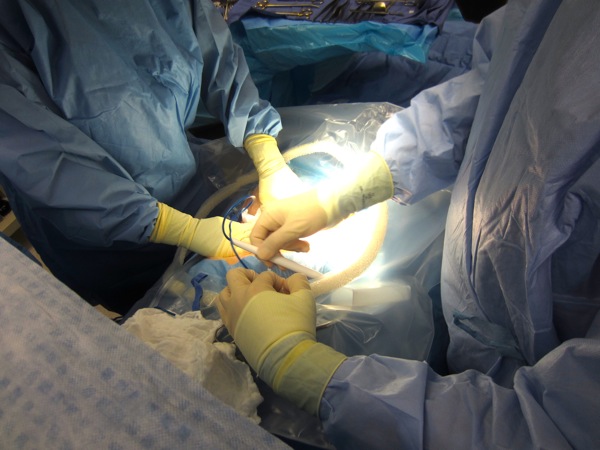 "Racheal!  They are elbow deep in your stomach right now!"

As he was narrating, the midwife and OBGYN were telling me that we might not ever know the cause of the weird pattern with her heart rate.  The last thing I remember was him saying, "you are going to meet your daughter in a few minutes," when the mood in the room changed again.  This time, it didn't get better for a MUCH longer time.

I think that is a good place to stop.  I will try to post the rest of the story tomorrow.

For an update on how she is doing now - she is still in the NICU, but is completely rid of all the tubes, lines, etc.  Unfortunately, we just found out that she is a tad jaundice and will have to be put under lights, but that is a molehill compared to the mountain that we just climbed.  (I am not allowed to hold her right now - which is the ONLY reason why I have the time to write this post).

She became a nursing pro about the same time that my milk came in, so now I am off to fatten this baby up!