This needs to be put up in every hallway in every high school in America: 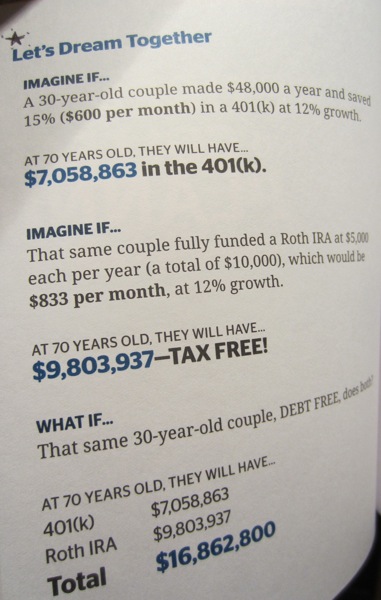 Why didn't I start this process when I was 20?  Then I could retire at 60.  (Still hoping to somewhat do that).

Of course I have always known that saving for retirement is a huge deal, but didn't know exactly how huge. It has always seemed like something that was so far away, that I could procrastinate thinking about it until sometime later.

Now, it is sometime later.

Here are some tips I learned from Dave on saving for retirement and college:

1. According to the baby steps, saving for retirement and saving for college don't start until after all of our non-mortgage debt is paid off and we have 3 to 6 months worth of expenses in the bank.  This was a hard pill for me to swallow.  First, it is really hard to ignore the fact that we are missing out on our company matches to our 401(k) while we are paying off our debt.  Second, that 3 to 6 months worth of expenses isn't going to make us any money sitting in an easily accessible bank account.  However, I can see how both make sense.  The interest we are paying on our non-mortgage debt would basically wash out out whatever we were making in our retirement.  Also, if an emergency occurred it would be really tempting to cash into that 401(k) to fund it and that would be like taking out another loan.  That emergency fund is like insurance.

2. Put your money in a tax favored plan - Roth IRA, 401(k) etc.  I already knew this, but it was nice to know I was doing something right.

3. Diversify your investments.  Put a quarter of your investments into each of the following: growth and income funds, growth funds, international funds, and aggressive growth stock funds.  My eyes just went blurry typing that.  As Dan and I have about 2 years before we start this process, I have a lot of learning to do.

4. Put 15% of your income into retirement.  His suggestion is to do the following: First, fund your 401(k) up to your employer's match.  Above that, fund Roth IRAs to the max.  If there is still some leftover, put the remaining back into your 401(k).

5. Save for college by putting money into an education savings account (ESA).  Dave wasn't all that clear on how much should be put into a college savings fund, but I suppose that largely depends on what type of college you want your child(ren) to attend.

Paying for Margaret's college has been something Dan and I have discussed for quite some time.  I could probably write an entire post on it.

On one hand, I have some friends whose parent's paid for their entire college, living expenses, etc and I watched them excel in school and really make the most out of their parents' investments.  However, on the other hand, I have seen many people waste away their parents' hard earned money because they took that luxury for granted.

I want Margaret and any future children we have to understand that college is expensive and make the most of her / their time there.  I feel if she / they have a personal investment in their education, they would be more likely to make the most of it  Obviously, this is to be continued...

Now all of that money talk is over we can talk about food.

Over the weekend I made a big batch pumpkin honey whole wheat pancakes.  I divided the recipe into 4 and have been enjoying it for breakfast the past few days.  YUM. 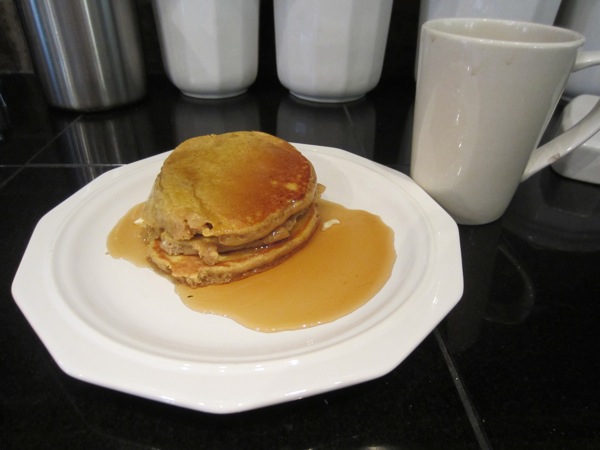 Unless Dan is making dinner, the next 5 weeks are going to be casseroles.  The less time I have to stand in front of the stove the better.  This bubble up enchilada casserole I made last night was fantastic. 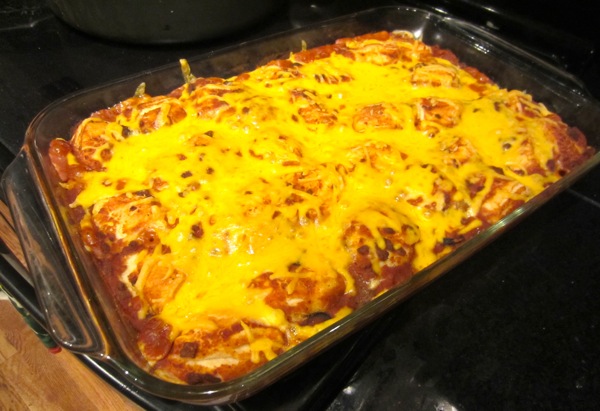 I didn't have any black beans, so I used refried beans instead and it turned out great.

Do you plan on paying for your child's college?  If you went did your parents pay for yours?

My parents paid for a good chunk of mine, but pharmacy school is expensive so I did take out some loans.  However, compared to most of my peers, I am sitting pretty in the debt area.