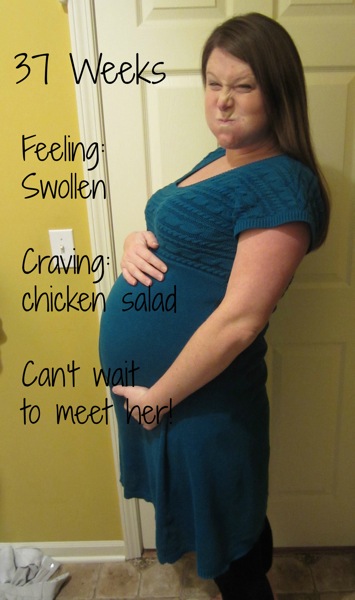 I am so excited to show you pictures of the nursery so you can be in awe of how fan-freaking-bomb-tastic my Aunt Charmen is.  To get the full effect, here is before: 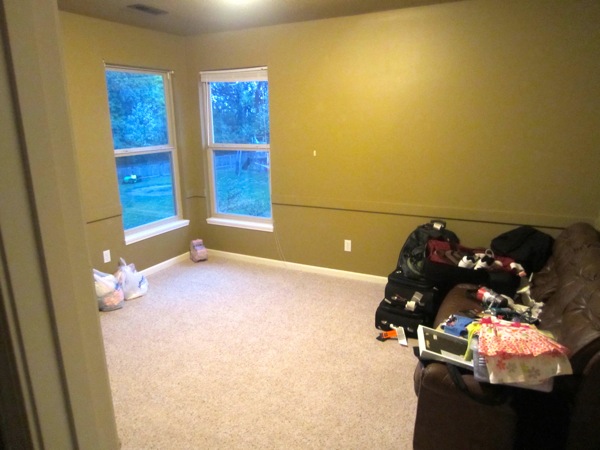 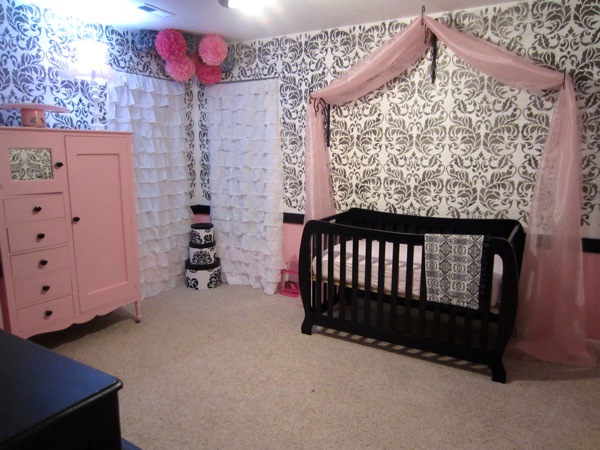 See, I told you my aunt is a rockstar. 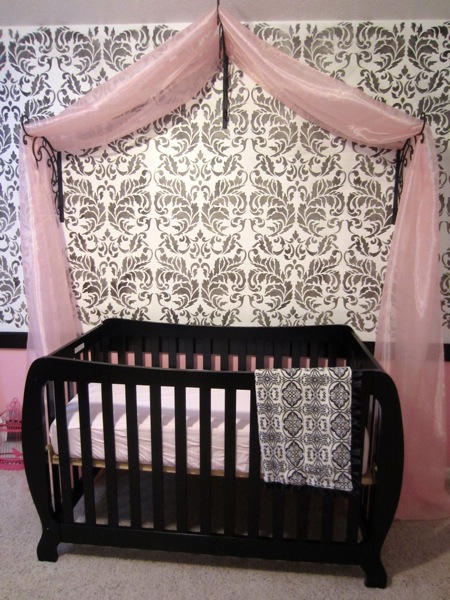 When Dan saw the canopy over the crib he said, "Oh my, she really is going to be a princess."  Ha! 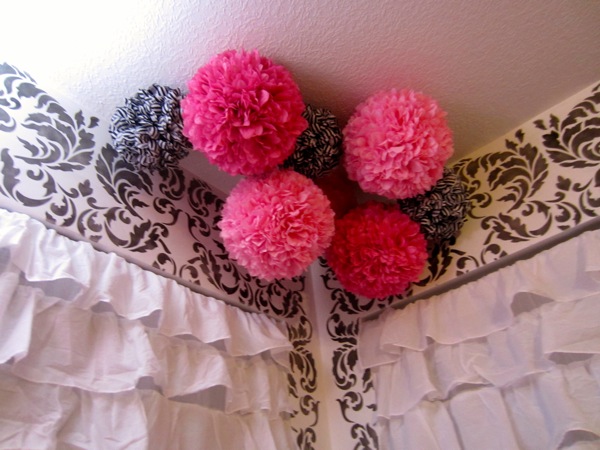 The rocker / glider is going to go in this corner below the puff balls. 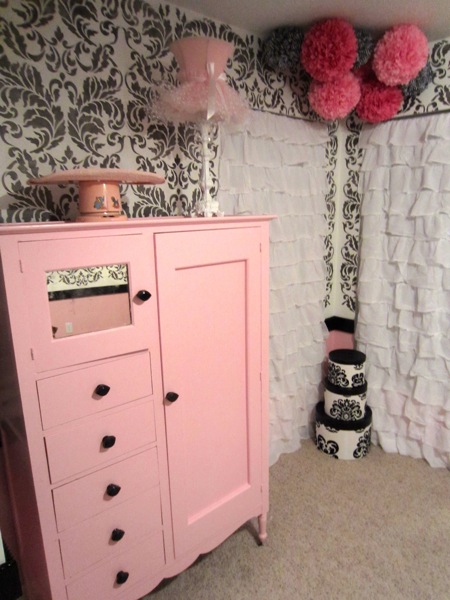 This is an old wardrobe that has been in my family for years.  My grandparents painted it pink and we added black knobs.  I think it turned out adorable. 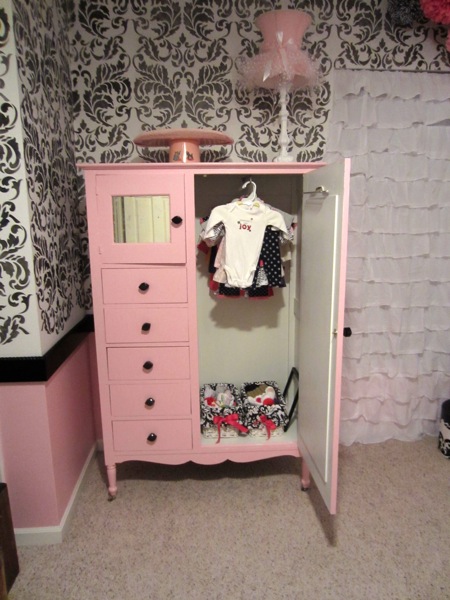 The dresser that we are going to use as a changing table also has been in my family for quite some time.  We still need a changing pad to put on top and I am in the market for a few more black frames, but you get the idea. 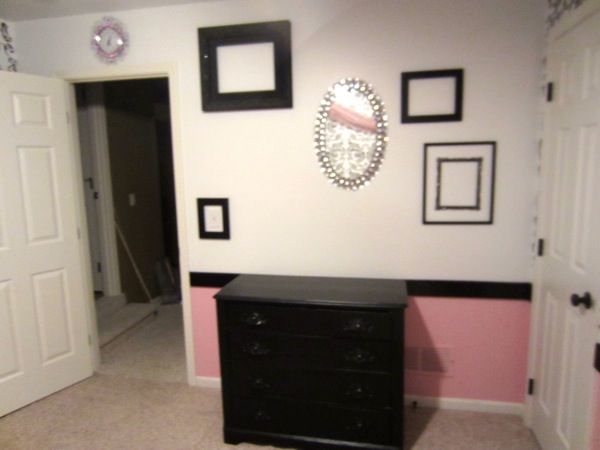 After we finished putting everything up, Dan and I sat down and looked at each other at the same time and said, "hopefully Margaret isn't a boy!"

Is there such a thing as too much pink?