I am so excited that I FINALLY got my stitches removed yesterday!  (I always think that stitches look like spiders.) 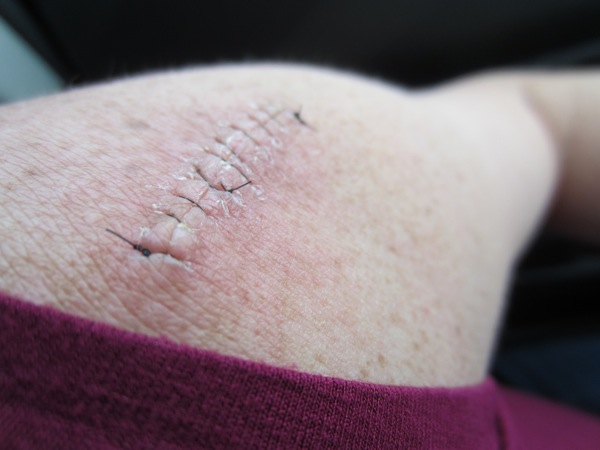 While the nurse was snipping away at my shoulder, I started thinking about stitches and how many of them I have had in my life.

The last time someone had to stitch me up was after I fell in a man hole on UNC's campus.  I just happened to be walking with my friend Sarah  when I became the victim of a poorly covered hole that tried to eat my leg.

While I was waiting in the ER Sarah told me she had never had stitches before.  Never.  How does someone go through 26 years of life and never get stitches?  That is a life I know nothing about. 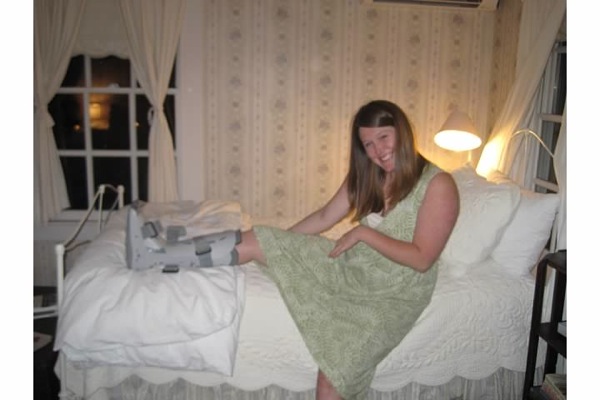 (Me rocking my boot after the fall.)

I have had stitches more times that I have fingers to count them.  Once I was riding on a 4-wheeler and met up with the business-end of a barbed-wire fence.  Two plastic  surgeries later you can barely see the scars on my neck.

Another time I sliced my hand open while  working at a frozen custard place.  Now, you might be thinking that there aren't many things to cut one's hand on at an establishment that only sells ice cream.  However, I found a way.

I also remember slicing my thumb open while playing with a knife as a kid, and then the time the dog bit me on the face. The list goes on and on.

I should start saving the stitches as souvenirs.

Dessert for Every Meal

I made myself a breakfast smoothie to fuel the stitches removal process. In the mix - 2 frozen bananas, a scoop of chocolate protein powder, Greek yogurt, milk, and a little almond butter. 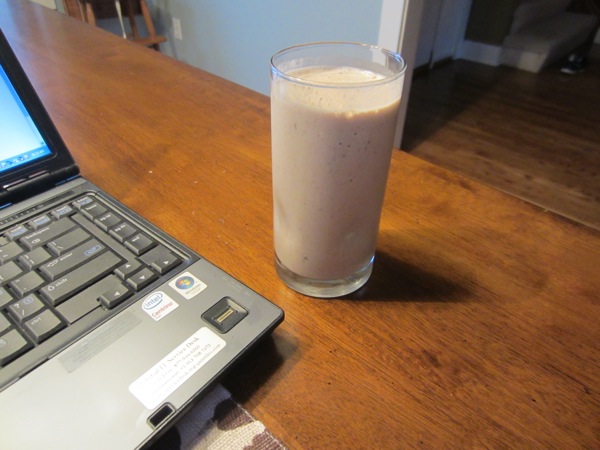 I continued the dessert trend with lunch - a pumpkin-ified version of the breakfast cookie.  I followed the basic recipe, added 1/3 C pumpkin, pumpkin pie spice, and a few butterscotch chips. 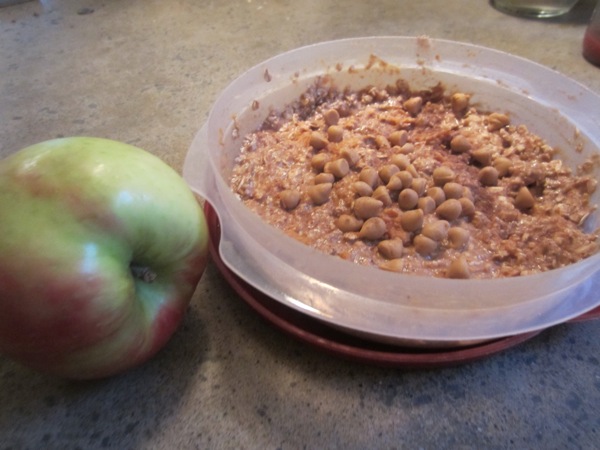 Last night my financial willpower was truly tested for the first time.  Dan called on his way home and said we were going with his boss to the casino for dinner and gambling.

Af first, I was disappointed, because I didn't think I would be able to have fun at a casino on a budget.  But, then I realized that we had a "restaurant fund" and an "entertainment fund" that had money in them that was meant to be spent.  We budgeted for nights like this.  So I did my duty, spent it, and had a good time.

It was wonderful to get to know Dan's boss and see him with his "work-hat" on.

Today is a wonderfully lazy Saturday.  I am hoping to check at least one thing off my to-do list.

How many times have you had stitches?  Any good stories?