Where did all of that money go?

That thought runs through my head 13 times a year - 12 of them are when I am looking at our monthly credit card bills, and the last is when I look at our yearly income during tax season.  As we get paid a little at a time, into different accounts, it doesn't seem to be too big of a deal.  However, when it is all added up, it is a big deal, especially when we have nothing to show for it.

So, for the first time EVER, last night Dan and I busted out a pencil, paper, and a calculator and went through our budget for the month of October. 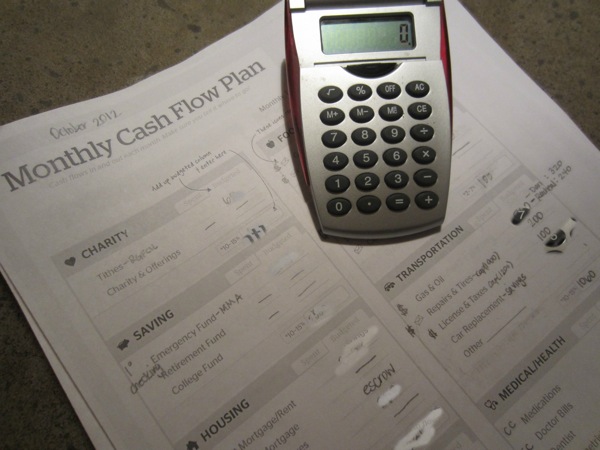 Every time I flipped that pencil over to use the eraser I felt like I was doing my calculus homework all over again - I loved it.  Although, calculus was nothing compared to how difficult and overwhelming I thought making a monthly budget would be.

I would say that is the primary reason we have not had a budget before - the fear of how hard it would be to maintain.  However, after the FPU lesson on Sunday, we were prepared with the knowledge and the tools to create a budget.  Here are some takeaways I got from last week's cash flow planning lesson.

I am actually really super excited about starting this budget because I KNOW we are going to put a good chunk of change into savings this month.  Months before, I would have the intention of saving, but would never know if we actually could until the end of the month.  This month I know we are going to put 20% of our income into an emergency fund and more into other little funds - like a new(er) car for Dan, new furniture for the living room, Christmas presents, etc.

Now, obviously the first month our budget isn't going to be perfect, and it will have to be adjusted a few times before we get it right.  I am looking forward to seeing how off we were on some categories.  I will give a full report on how we did at the end of the month.

First of all, Dan and I played each other in Fantasy Football this past week.  All week long, we have been talking trash, and since Dan's team was projected to kick my team's booty, he was pretty confident.  Then, somehow, he didn't.  When he found out last night his poor little face was so sad that I almost felt bad about winning.  Almost.

I am sure it didn't help that I sent him a pic of this ad. 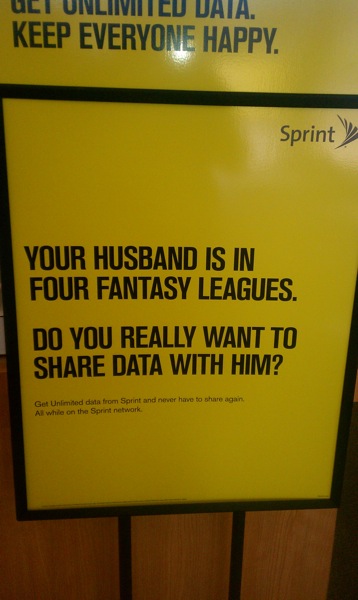 Little do the people at Sprint know that I run my husband's fantasy football team.  They need to tell their advertisers to get with it.

Then, because I had some work to do, Dan made me dinner.  While I was working away in my office, I could smell the delicousness that was coming from the kitchen and was so excited to eat.  As I was walking down the stairs Dan yelled "Racheal, you are going to love this.  I added pickle juice to the sausage and cabbage!" 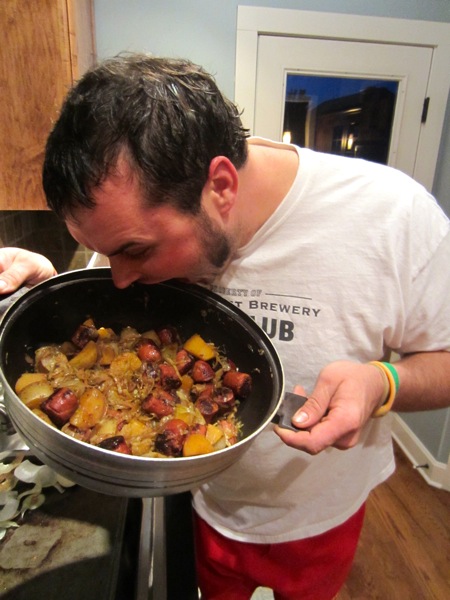 As soon as I heard the words "pickle juice" my stomach flipped and I knew there was no way I was going to eat it.  I tried, I really did, However, after barely being able to keep one bite down, I apologized and handed my bowl over to Dan.  Poor guy, he tried so hard.  We had a friend over for dinner and he said it tasted great and gobbled it right up.

I blamed it on Margaret - he can't get mad at her.

"A budget is simply telling your money where to go instead of wondering where it went."  - John Maxwell

Do you have a budget?  How strict are you to sticking to it?

Has anyone ever made you a dinner that you couldn't eat?  I have to admit, this doesn't happen to me often.  I am pretty open when it comes to food.