From the moment I found out I was pregnant, I have been looking forward to child birth classes.  So, when Saturday rolled around and we could finally go, I was pretty pumped.

Of course, there was an accident on the highway and we showed up 8 minutes late.  As soon as we stepped out of the elevator, there were about 10 pair of eyes on us and the woman in the front of the class said, "You must be Racheal."

Guilty.  From then on, we had nowhere to go but up. Or so I thought. 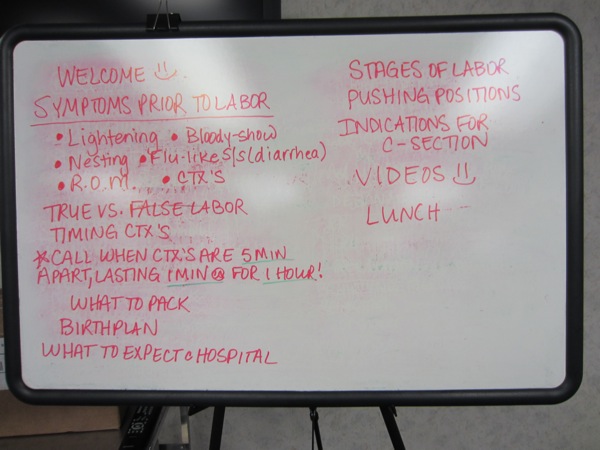 We started the class off by introducing ourselves, sharing our due date, if we knew the sex, etc.  Then the instructor would ask the fathers if they were going to be in the room.  And, if so, were they going to cut the cord.  I was interested to hear what Dan would say, because we had not talked about this in particular.

Instructor: Dan, are you going to be in the room?

Instructor: Are you going to cut the cord?

I was surprised at the time, but really I should not have expected anything else. 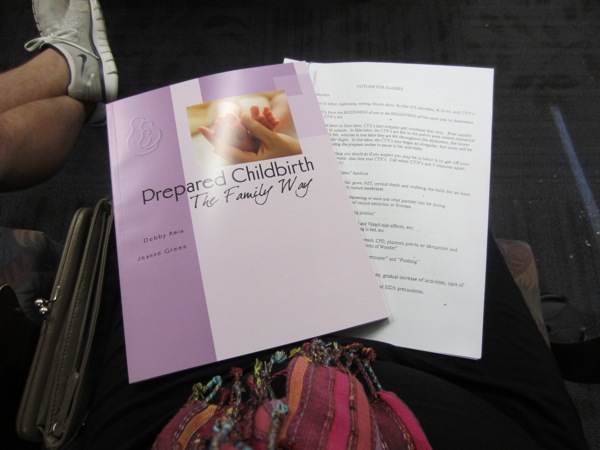 The class was pretty uneventful while we learned about the initial stages of labor, when to go to the hospital, and what to do when you get there.  I actually learned a few things.

Dan was really alert and attentive the entire time.  When we started going over the different pushing positions he became really involved.   Once the instructor showed us the squatting position he was sold, and the rest of the weekend when we would tell people about the class he would say, "We are going to use the squatting position."  Oh my. 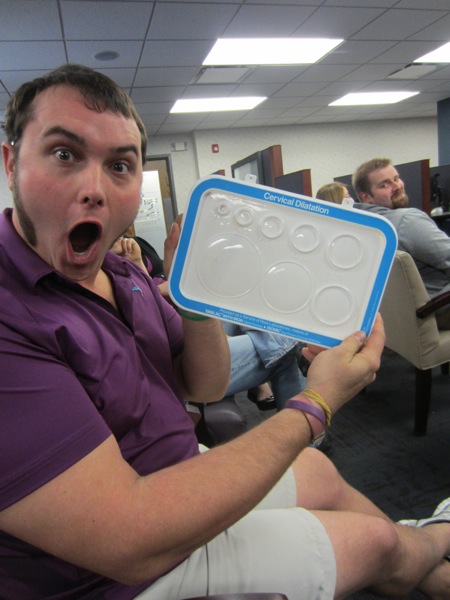 Next came the videos.  I don't know what I expected, and as I have already seen someone in labor, I shouldn't have been surprised.  The first video was clip after clip of different women (without painkillers or an epidural) going through contractions.  They rocked back in forth, they made weird noises, they looked like they were possessed.  I hate seeing anyone in pain, so it was very uncomfortable for me to watch.  After it was over, Dan gave me a very concerned look and said, "that is the scariest thing I have ever seen in my life."

The next video was of a woman who decided to get an epidural.  The difference between the labors was night and day. She seemed to very much enjoy her labor and delivery and said a simple, "ow" as the baby came out.

After the lunch break, we came back full of energy.  We started out by going over different breathing techniques and which ones you use for different parts of labor.  After some practice, the instructor gave the moms ice to put in their hands, and the dads had to coach the moms through their breathing while doing something slightly painful (holding ice). 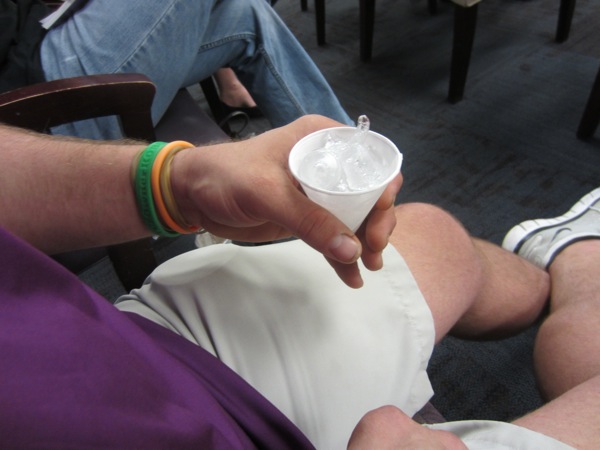 I was so concerned that Dan wouldn't remember what to say, but when he put the ice in my hands, I got the worst case of the giggles.  He was coaching like a pro, calmly saying, "Breathe in, two, three, breath out two three..." over and over again and I was immaturely cracking up next to him.  I didn't even notice the ice.  Maybe that is how I will be during contractions...

Next, the instructor went over newborn care.  I have been around newborns often, so I consider myself a pro.  Ha! 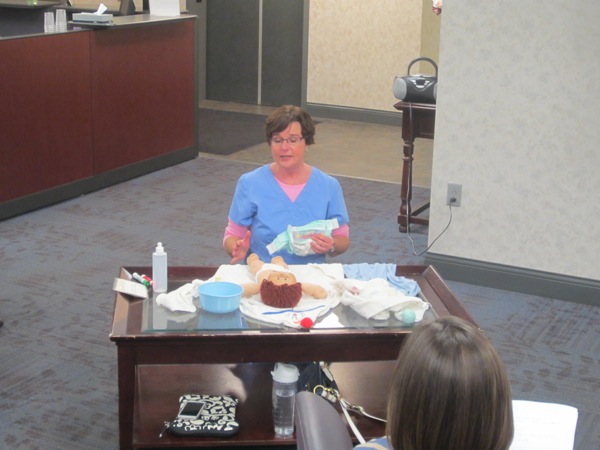 Lastly, the instructor went over relaxation techniques.  We were supposed to lie down on the floor with our pillows and help each other relax.  About two minutes in Dan was asleep and snoring.  I didn't know if I should wake him up or not, so I went back and forth between poking him in the side and trying to ignore him.  Neither worked.  I have never been very good at relaxing. After Dan's nap we had a little quiz to see how much we remembered.  Surprisingly, Dan remembered many things that I didn't.  Looks like we make a pretty good team.

Breakfast was a mix of bran flakes and frosted flakes (those cancel each other out, right?). 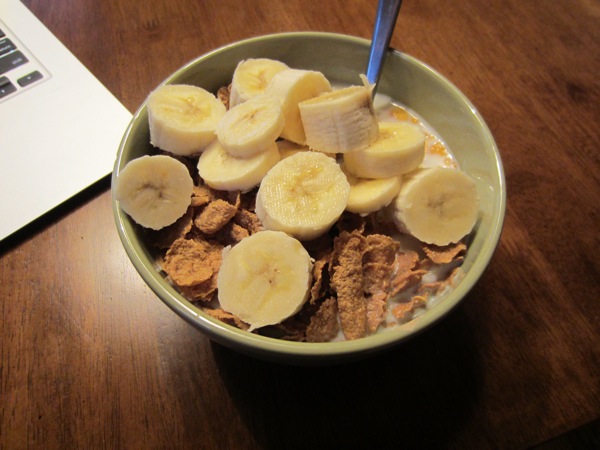 I went super lazy for lunch, but cheese and crackers were the only thing that sounded good. 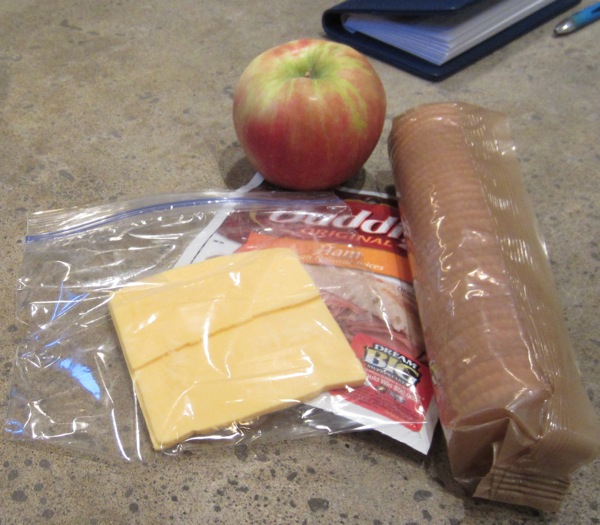 Courtney, Eric, and Eli came over for dinner on a lawn mower.  <----missed photo opportunity.  I made white chicken chili (such a good and easy recipe) with cornbread. 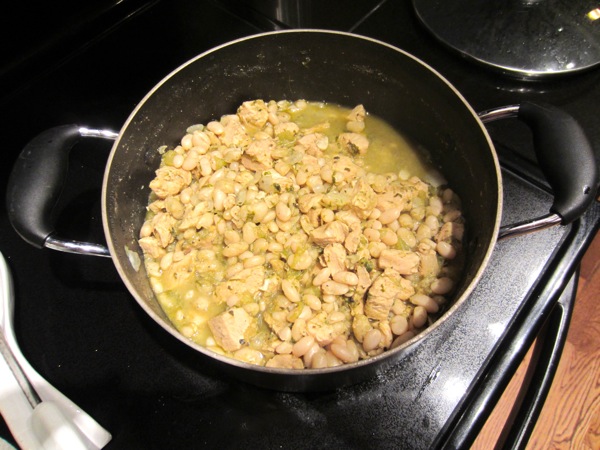 Courtney brought over a bananas foster pie that I wanted to shove my whole face in. 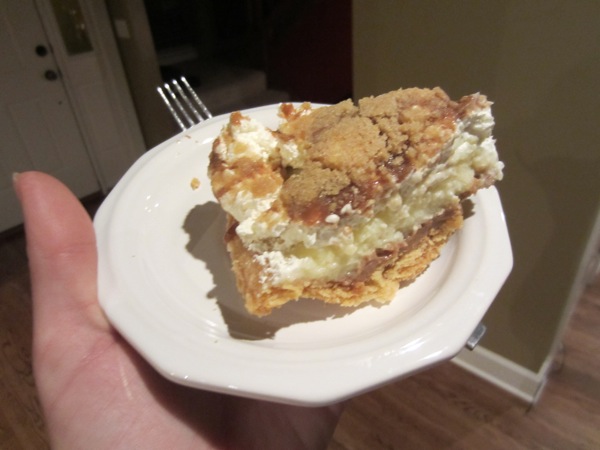 It was a good day.

Have you ever been in a place where you get a case of the giggles, and it is very inappropriate to laugh?  It happened to me once at a funeral.  I am still mortified.