Last night I joined in on celebrating my dad’s 10 years anniversary with his company at the Royals game.  We had such a great time – his company went all out by hiring one of Kansas City’s best BBQ restaurants, Jack Stack, to cater dinner. 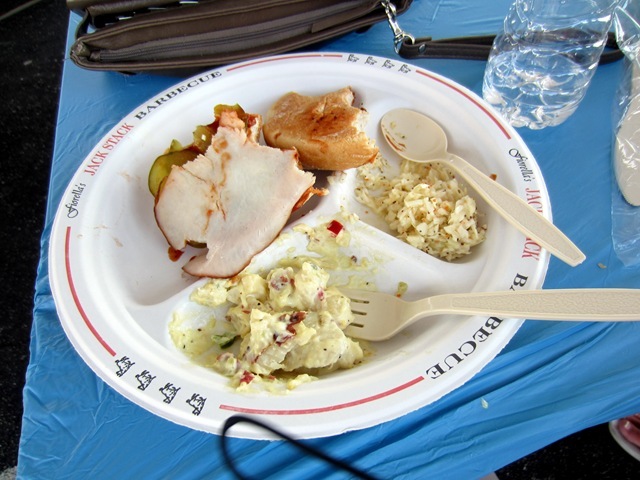 Although I have to say I was disappointed by the lack of cheesy corn.  Who orders Jack Stack without cheesy corn?

As we were finishing up dinner one of his co-workers stood in front of a microphone and said, “We all know how much Scott loves Las Vegas and unfortunately we couldn’t take a trip there.  But since we can’t take Scott to Vegas, we thought we would bring Vegas to Scott.”  then music started playing and Elvis ran out from the shadows to give us an hour long performance! 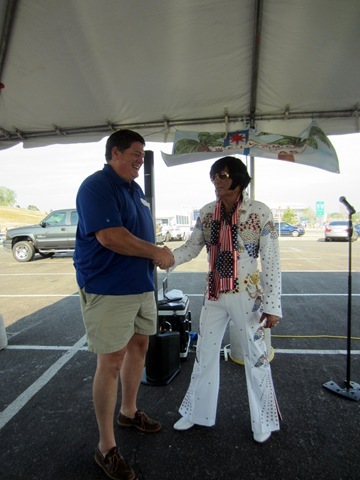 I don’t think my dad could believe it.

We danced along and enjoyed the songs.  Poor Dan – he was home sick with bronchitis and really missed out.  <------Big Elvis fan. 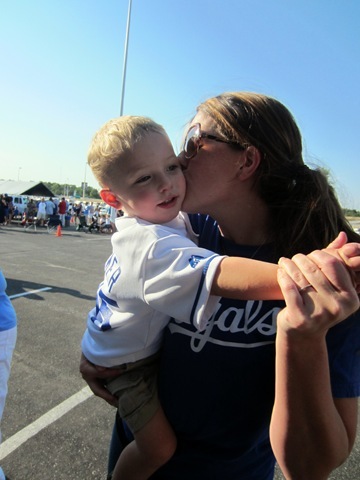 I loved hearing all the awesome things my dad’s co-workers had to say about him. I was one proud daughter.  <3

The stadium was packed and the game was exciting and went in to extra innings.  By the 11th inning I drove home and went to bed.  I heard we lost.  Darn.

Breakfast was a new-to-me cereal.  It tasted OK, but I probably won’t buy it again. 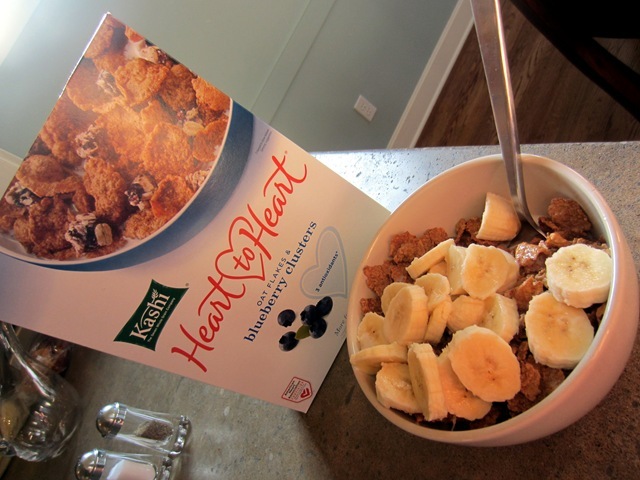 Lunch was a black bean burger on whole wheat with cabbage. 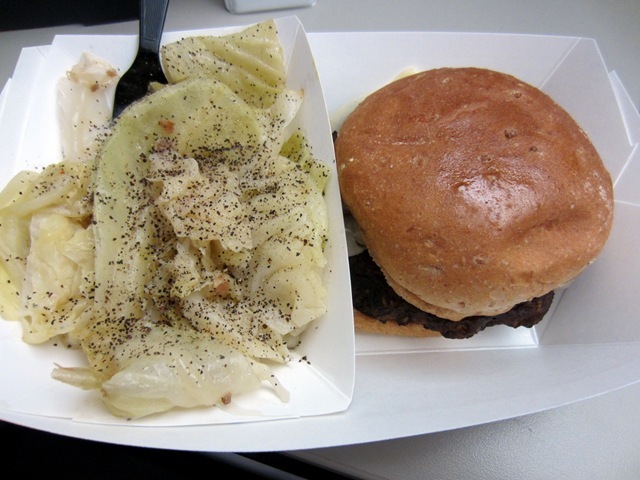 I was starving 2 hours after I ate that thing and was forced  to stop by McDonald’s before I fainted. 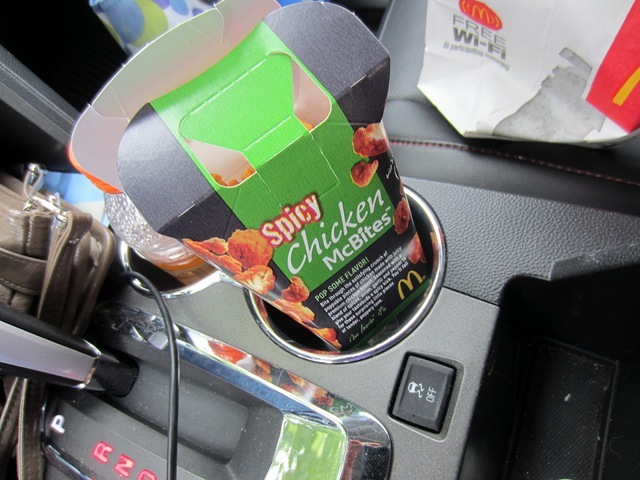 I forgot to pack my fruit / veggie snacks for the day.  Shame.

My legs were pretty sore from the elliptical so I took a rest day yesterday.