Then I fell asleep in the second inning of the Royals’ game and woke up again at 2 am.  Fail.

It is SO easy to let running slip to the bottom of my priority list as the day goes on.  Having an excuse like my foot hurting also helps.  Lastly, having people who give me a worried, slightly judgmental look and ask, “you aren’t going to still run while you are pregnant, are you?” doesn’t help.  (I am looking at you, grandma)

At the end of the day the answer, at least for me, is to get it out of the way first thing in the morning.  This means no more snoozing or letting sleepy Dan be in charge of the alarm. I have a few 5Ks coming up, but I think I need to sign up for a slightly longer race (10K?) to keep me motivated.  There is my plan and I am sticking to it.

How do you make running or exercise a priority?

I received a mini-watermelon in my Door-to-Door Organics box, which at first I thought was a joke.  But, when I discovered I could cut it in half and eat it straight up I was pretty excited. 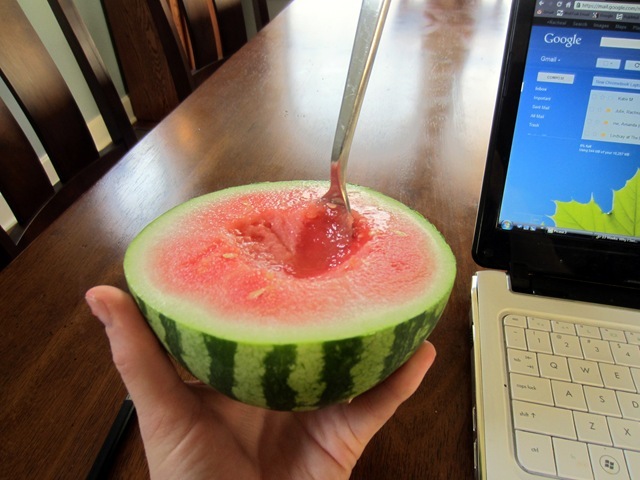 I added some applesauce, cinnamon, and Truvia to a bowl of plain Greek yogurt.  Served with whole grain cinnamon toast. 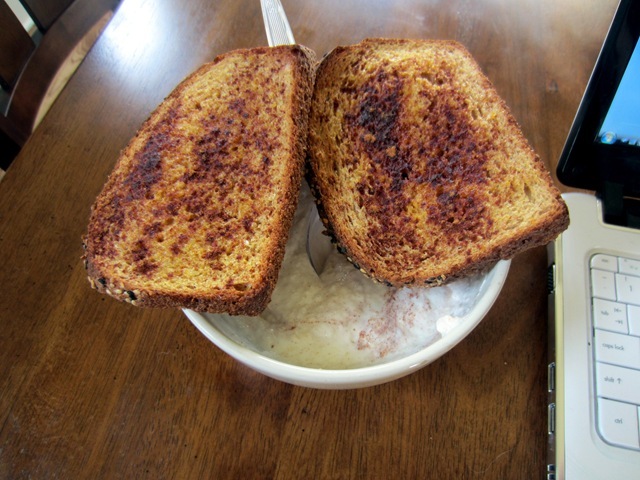 Lunch was a breakfast cookie and overnight oats mixture.  I followed the basic recipe for the breakfast cookie, but then added a whole banana, chia seeds, and a few butterscotch chips.  The whole banana seemed to make it a little more mushy, so it felt like I was eating really think overnight oats.  Either way it was delish, and more importantly, it sounded good both while I was making it in the morning and when it was time to eat lunch.  Major win over here. 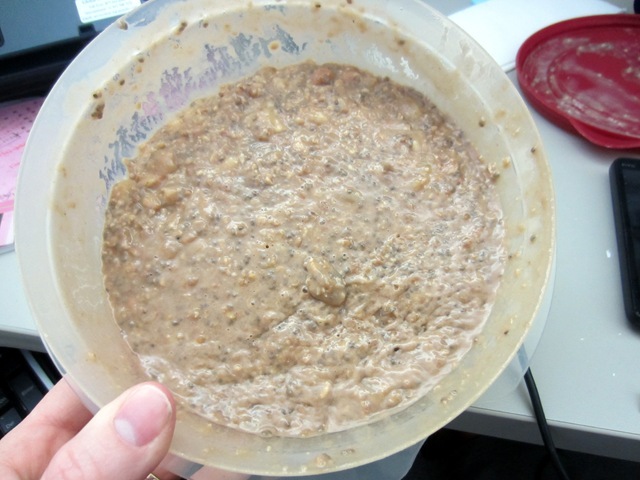 I snacked on some veggies, ranch dip, and an apple in the afternoon, along with some cottage cheese. 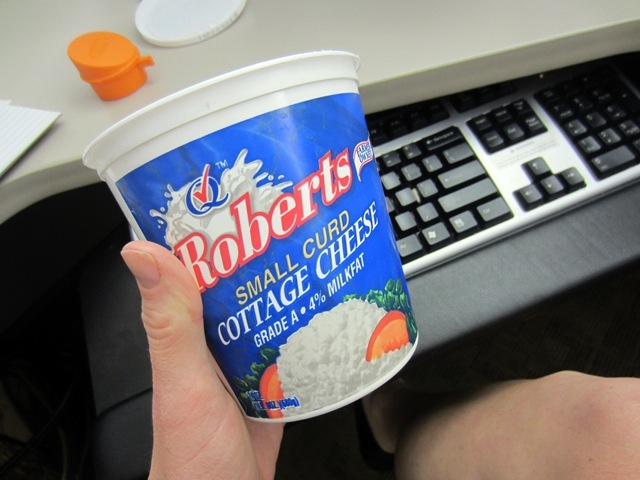 However, I was still starving when I got home from work.  Dan had told me he was going to use some stuff we had in the fridge to make dinner, so I let him roll with it. 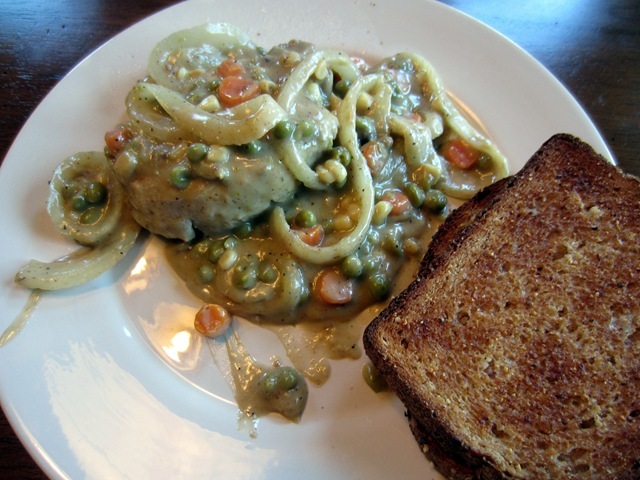 Thank goodness I did, because it was amazing.   Pork chops with carrots, onions, corn, and peas, smothered in a cream of mushroom soup sauce.  With every bite I thought, “I am so happy I married this man.”

Laugh for the day: