Since I read it yesterday morning, fried pickles were all I thought about the entire day.  I almost stopped on the way home to get some, but Dan and I already had dinner planned and I promised him I wouldn’t ruin it by snacking beforehand (which I have been doing the past few months to keep the nausea down).

So you can imagine how pumped I was when Dan’s cousin Joey made us a special anniversary delivery right before dinner was ready! 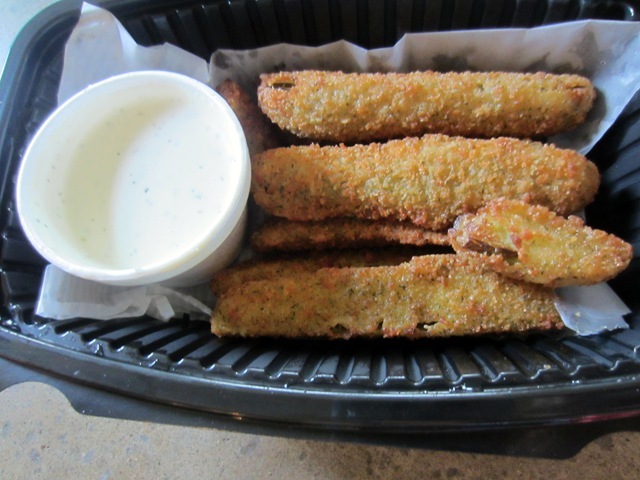 Gold bless him. Thank you Tiffany and Joey for making me the happiest pregnant girl on her anniversary!  I didn’t even think about the lack of wine once!

Dan and I made a simple but super yummy dinner.  Fried pork chops with cream of celery soup (fry pork chops lightly coated with flour in a tad bit of oil then add a dollop or two of soup to each chop and bake at 350 for 30 minutes), roasted veggies, and corn on the cob. 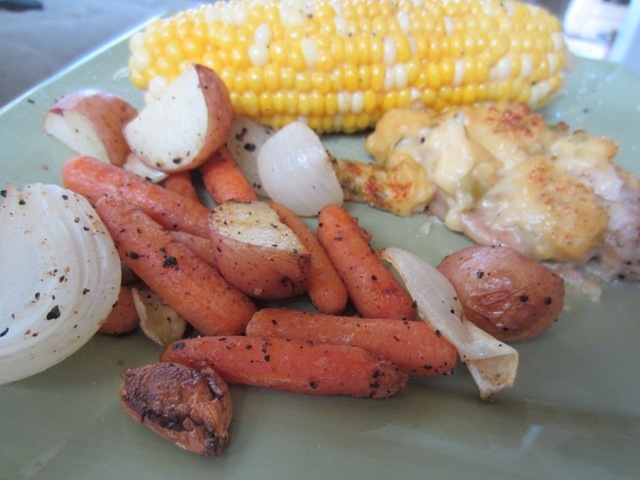 We ate dinner while watching old episodes of Match Game and Family Feud on The Game Show Network. 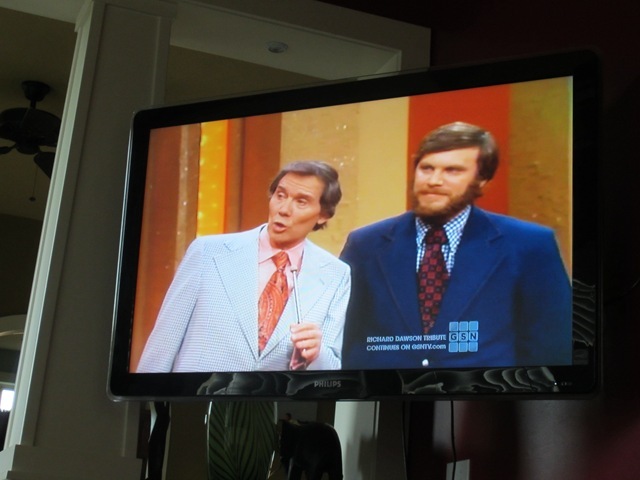 Although it doesn’t sound all that romantic, it was so fun.  Dan and I tried to play the game ourselves (I totally beat him).  Dan loved\all the clothes from that time period and could not get over how many times Richard Dawson (the host of FF) kissed all the women.  I think he was a little jealous and wondering why he didn’t have that job.

It was a fun night, but we are actually celebrating our anniversary tonight with a boat ride at a nearby lake.  Five o’clock can’t get here fast enough. 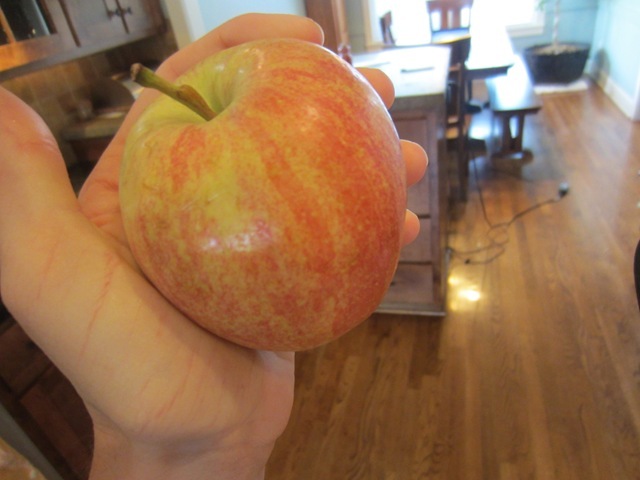 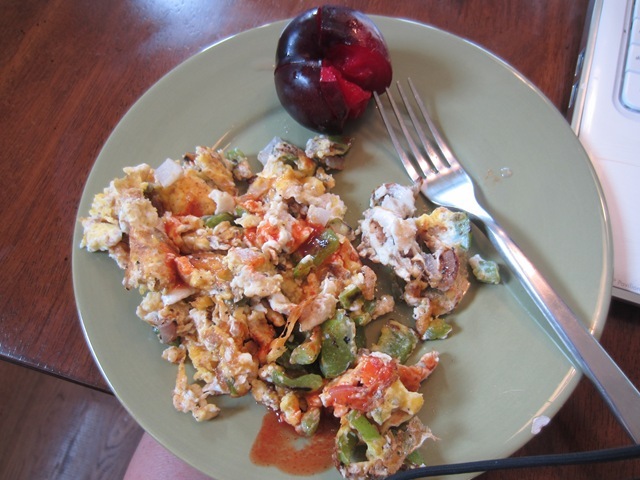 Lunch and snacks: bologna sandwich with pickles, banana, radishes and cucumber, and pretzels. 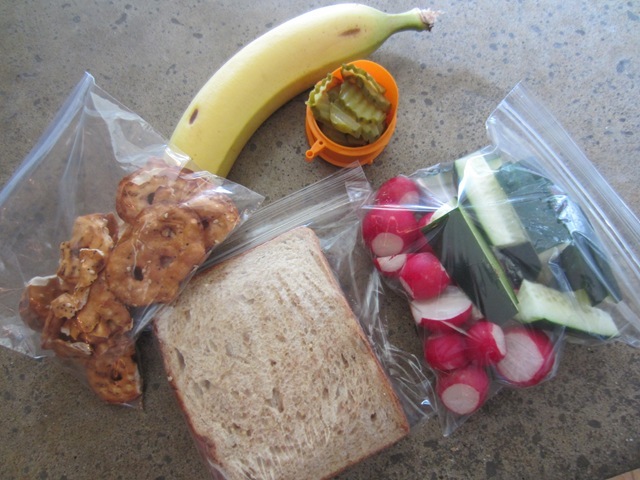