Four years ago today I danced the night away with my brand new husband. 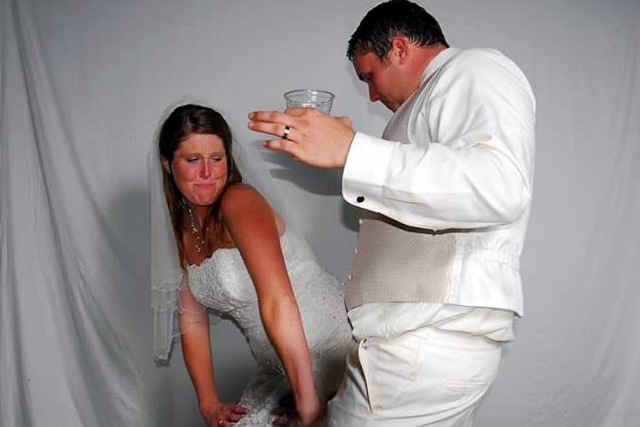 (I am pretty sure the song "Get Low" was playing when that picture was taken so I have a valid excuse for being in that position.  The face, however, I have no excuse for.)

In honor of our anniversary, I thought it would be fun to tell you about how Dan and I met.

I don't remember the exact day I met him, because I was in 6th grade.  I only remember that he was the nerdy kid with the duct tape holding his glasses together who called me every other day to ask if I would be his girlfriend.  The opposite day his best friend, who ended up being the best man in our wedding, would call with the same question.  These were the last two boys to ask me out until high school.

Dan was about a foot shorter than me and although I enjoyed being his friend I had no interest in being his girlfriend, so I always told him no.  Today I wish I could go back and kiss that little boy’s broken heart (in a non-creepy kind of way).

After 6th grade Dan and I were in different classes and ran with completely different groups of friends and didn't really talk again until our senior year of high school.  I was placed in different lunch shift than any of my friends, and sat with a group of acquaintances instead on the first day of school.  I can remember watching him coming to join our lunch table.  His hair was gelled, he had switched the glasses out for contacts, and he was wearing a red Eddie Bauer sweatshirt.  Memories of 6th grade phone calls came back to me and I blushed, slightly embarrassed, even though it was such a long time ago.  I thought about how different my priorities were at that time, and how much I would have loved to have "that kind of guy" as a boyfriend.

At that time, Dan had a girlfriend, so we slowly became friends.  However, the second I heard through a mutual friend that there were problems in their relationship, I pounced.  I hinted to our mutual friend that I wouldn't mind going on a date with him, and before I knew it he was calling me again, just like in 6th grade, only this time, I didn't say no.

And the rest is history...

I am not so proud of what I ate yesterday, but in the interest of full disclosure.  I am going to show you anyways.  Breakfast was homemade trail mix cereal (fiber one, raisins, and a few butterscotch chips). 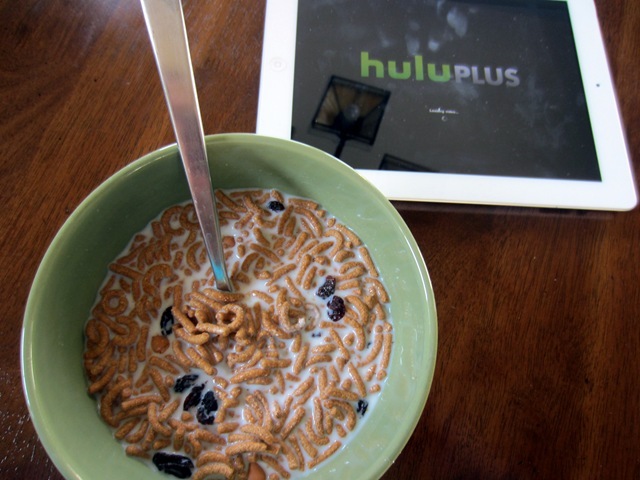 I most definitely was not watching Revenge while eating breakfast.  Sigh.  In the past two days I have watched 10 episodes.

I didn’t pack my lunch and when I went down to the cafeteria the pork carnitas were calling my name.  And then some fried okra ended up in my plate.  Sorry, but I don’t count those as a vegetable. I ate half of the okra and called it a day. 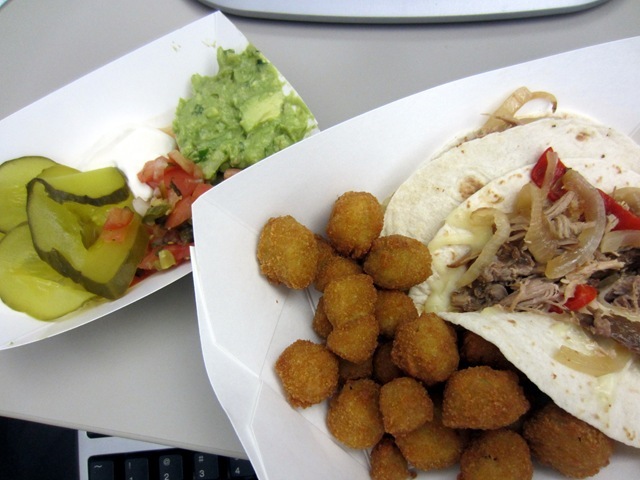 The carnitas were amazing and even put Chipotle to shame.  Dan has plans to come eat lunch with me at work next Wednesday.

I ate a bologna sandwich with an inch of \pickles on it for dinner, but somehow forgot to take a picture.  However, dessert stole the show.  Dan picked up this new-to-me ice cream a few days ago. 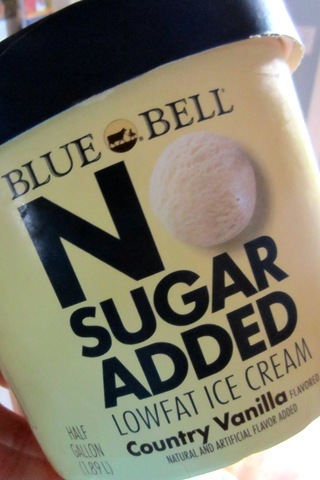 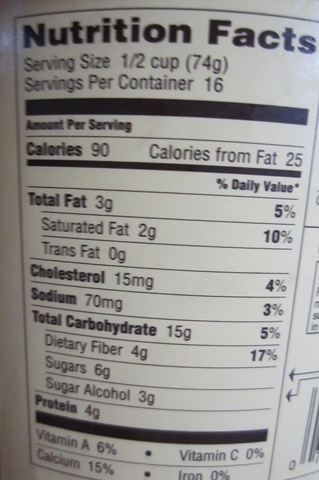 It is hands down the best low fat or reduced sugar ice cream I have tasted, but I would expect nothing less from Blue Bell.

I sliced up a fresh peach from my Door to Door Organics delivery to put on top and it was amazing. 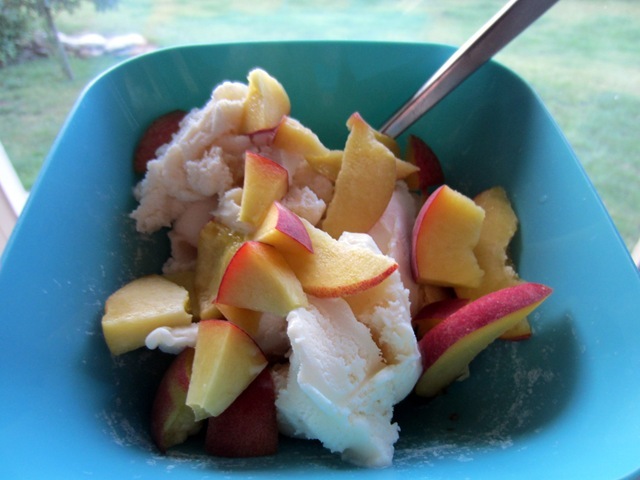 My foot has been weirdly hurting me, so I didn’t run on national runner’s day.  Of course.