Yesterday I left work in the middle of the day to drive to CVS and buy some pregnancy tests.  I knew that I hadn’t even missed my cycle, but I just couldn’t wait.  What if I could be pregnant?  I would want to know.  I bought the box that said, “detects up to 5 days before your missed period,” drove back to work, and headed straight to the restroom.

After a minute a faint blue line appeared. 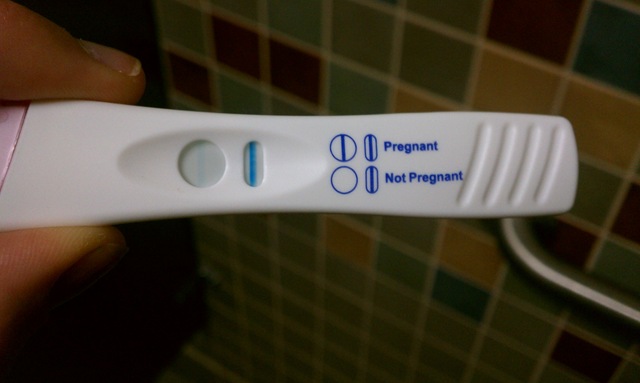 I couldn’t believe it.  Literally.

I took a picture and looked at it throughout the day to make sure I wasn’t just imagining that blue line.  I decided to take another test in the morning (to have the most concentrated urine) and then tell Dan.  I had big plans on telling Dan he was going to be a dad by some special way, but 5 minutes after he got home I was showing him the picture of the test.  Typical.

While I was expecting some sort of excited response, instead he looked at me confused and said, “but you haven’t even missed your period yet.”  I tried to explain to him that these tests can detect pregnancy early, but he didn’t seem to be buying it.  A little smile crossed his face and he said, “ So there might be a little Kendrick here soon?”

In Dan’s defense, for the past 10 months we have been “not preventing” pregnancy.  So, once a month I always mention to him that we “could be pregnant” only for him to find out days later that we weren’t.  This time we switched from “not preventing” to “trying.”  It seems like that is all it took because..

This morning I woke up at 3 am and headed straight to the car to grab the pregnancy test.  This time the blue line was darker. 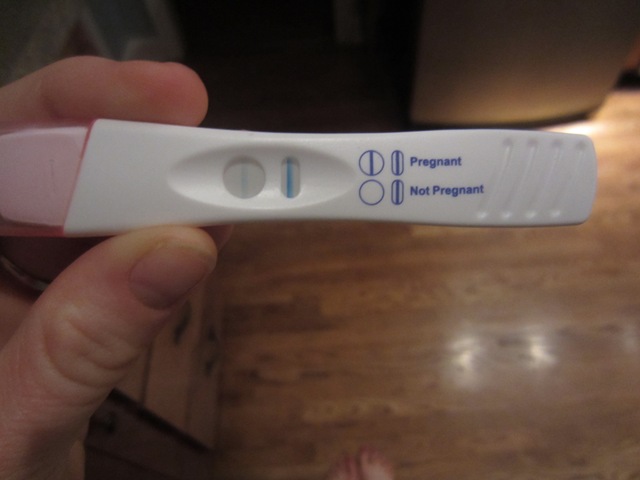 A little blue line has never meant so much.  I ran up the stairs and shook Dan awake and said, “Hey babe.  Your are going to be a dad.  I am pregnant.”  A huge smile crossed his face and he asked, “Is it a boy or a girl?”

I fell into bed giggling and we silently hugged each other for along time.

Email ThisBlogThis!Share to TwitterShare to FacebookShare to Pinterest
Labels: pregnancy