They say life begins outside of your comfort zone.  Well, last night Dan and I both stepped outside of the box and “lived” a little.  First, I did something I never thought I would do.

You can stop laughing now.

This weekend is Belton’s (the town where I live) Community Days, which always includes the Miss Belton contest.  One of my friends from high school is on the Miss Belton committee and was desperate for judges.  Although I know nothing about these sort of things, I agreed because I thought it sounded fun.  What I didn’t expect was the amount of pressure and stress I felt when I saw all the little girls dressed up with their hair and make-up done and their families all watching and expecting them to win.

I would have had anxiety just being a spectator in the the crowd, but having to judge brought it to a whole new level.  I had to judge each contestant based on the following criteria: 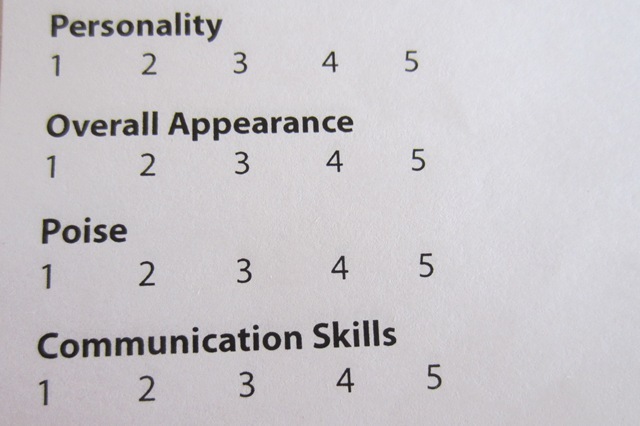 I have to admit that I should be the last person to judge another on overall appearance.  If I get out of the house without a hole in my pants, a stain on my shirt, or something in my teeth I consider that a win.

However, once the contest started I relaxed a little and enjoyed listening to the little kids answer questions about what their favorite food was or what they like to do.  I tried to have fun with it and I haven’t received any death threats from the losers’ parents.  Yet.

After the contest I grabbed Dan and some friends and we walked around the fair.  I ate my once-a-year corn dog 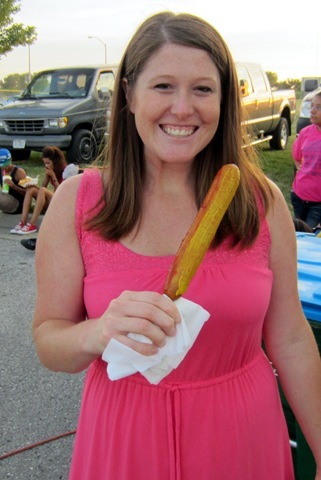 and then slurpped down some shaved ice.  I felt like a little kid again. 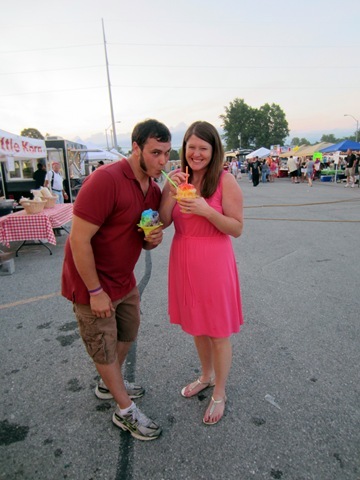 Every year I ask Dan if he will ride the Ferris wheel with me and every year he says no.  This year, he must have a wild hair, because he said yes on the first try.  He also said, “it will be romantic.” 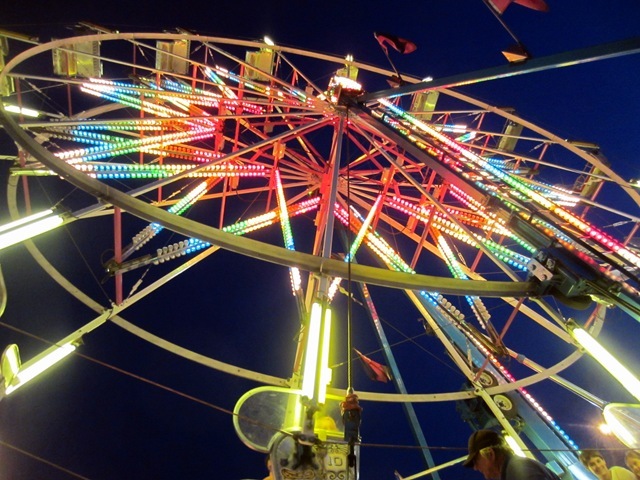 Well, I don’t know about romantic, as most of the ride looked like this. 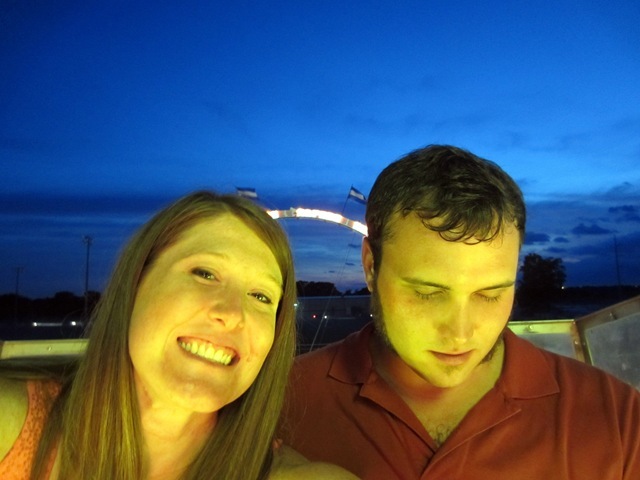 But after all the stopping and starting we finally got going and Dan opened his eyes and half-way smiled for the last few spins around.  Poor guy.

It was a good night. 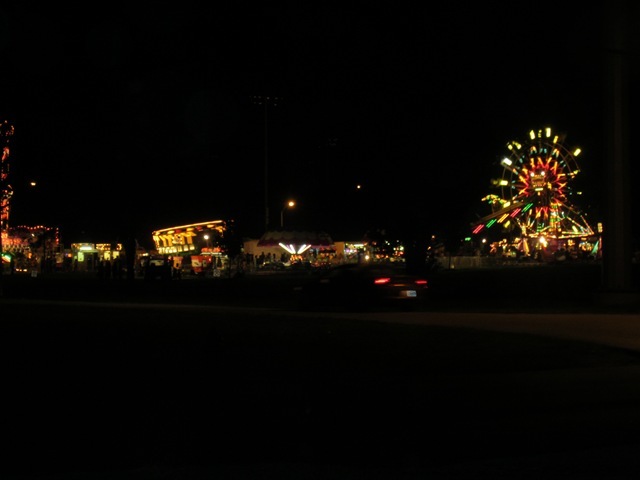 Breakfast was Greek yogurt with blueberries and toast with honey walnut cream cheese. 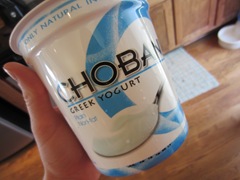 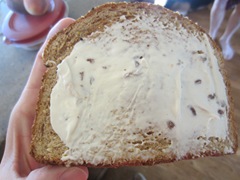 Lunch was leftover cheeseburger pizza from the night before. 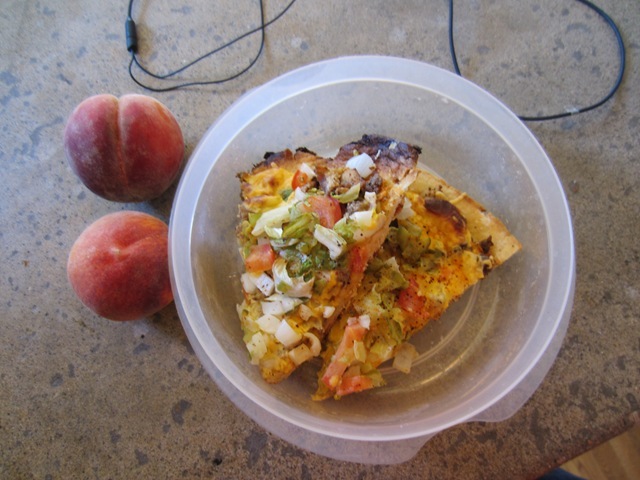 I wasn’t feeling a run yesterday, so I walked 3 miles on the treadmill instead.  Then, Dan thought we could take a “short cut” to the fair from our house, which ended up being a 2 mile walk there.  And, because we were with our friends Courtney and Eric and their 2 year old son without a car seat, we had no choice but to make the 2 mile trek back.  There was a time when Dan sat down on the sidewalk and told us to go on without him.  Ha.  Needless to say my feet are a little sore today.